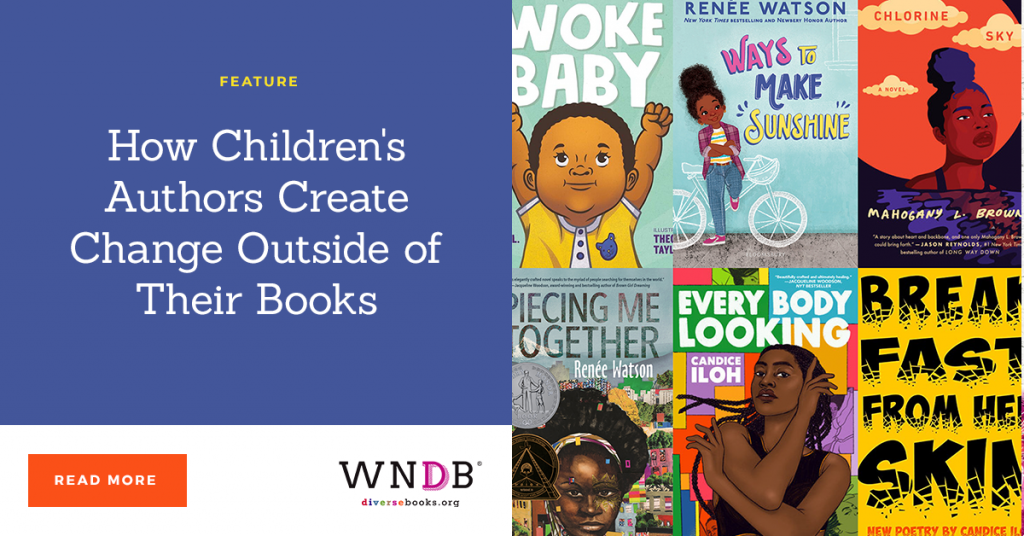 As diverse books become more popular in the literary industry, many authors of color have space to write about the marginalized communities they either belong to or are close to. Sometimes, their novels tackle issues of race, class, gender equality, and more. And even more often, these authors are confronting issues they see every day—in their loved ones, in their neighbors, in their friends.

Mahogany L. Browne, poet and YA author of forthcoming novel Chlorine Sky, works with a number of organizations, including The People’s Vigil, Urban Word NYC, and #BlackPoetsSpeakOut.

“For me, using my art to respond to the things that impact my community is a way of life. It is a tool for remembering and honoring. It is also a war cry,” she said. “Audre Lorde vowed, ‘Our silence will not save us.’ I take that seriously because I’ve seen what happens when more than one voice speaks up for what is right. I’ve seen what can change when more than one city block responds to injustice.”

Browne refers to herself as a communal artist, one who is moved by marginalized and disregarded voices to create, asking who the work will serve as she creates.

“I want to tell the stories that move my blood. Not just the traditional ones in the so-called canon. Centering Black voices, femme protagonists, and children of the Hip-Hop lineage is my focus. That is an act of revolution, too.”

Other authors agree. For Candice Iloh, debut YA author of the forthcoming novel Every Body Looking, she recognizes her communal work came before the writing.

“I’ve always been a writer but I chose teaching/working with young people first because it was a need I became connected with just as I was about to graduate from college and it felt much more urgent,” she said. “I later began to write for this population because it felt like the only thing that made sense. There was no way I could be a Black writer spending this much time connecting with Black/brown young people for them to not become the central focus of my stories.”

Iloh has worked with many organizations, including Split This Rock, Urban Arts Partnership, and Voices UnBroken, as well as other spaces with court-involved youth or students in communities where funding is low. But she believes the writing of these communities wouldn’t be possible without the work.

“I discovered so much about my teenage self throughout my career as a teaching artist and it became imperative that I continue to work through those things alongside my students on the page. The relationships I was privileged to develop with my students made me much more equipped to depict young life in books. I don’t know that I would have been able to do that without such close proximity,” she said.

Renée Watson, founder of I, Too Arts and New York Times bestselling author, says it’s important to understand and care for the communities you’re writing about.

“I cannot write about people I don’t love. And I don’t mean that I intimately know every community I write about, but I do care about the characters, the neighborhoods. I care about what happened to them and I want to know more about what they want and need,” she said. “I come to my fiction with curiosity and in the same way, I come to communities I am not a part of with questions and openness.”

Watson added that writing about different communities, especially if set in the past, also takes a great deal of research and responsibility. She says if she’s not engaging with these communities in some way, she runs the risk of emotionally harming them instead.

These authors also recognize that their work in the community—and their art-making—is a form of resistance, but are careful not to call it activism.

“With I, Too Arts we were resisting gentrification and erasure of Black culture, Black literary legacy,” Watson said. “When I am working with young people teaching writing workshops, I am resisting what Chimimanda Adichie calls The Single Story, and providing space for young people to tell their own stories. As a Black woman, I write about my body and resist mainstream beauty standards and I encourage young people to do the same. But most of all, I resist the narrative that Black lives are tragic.”

However, Watson says her actions behind the scenes, such as making phone calls to demand justice, signing petitions, and donating money come with her to the page and influence how her characters move through the world.

Iloh also believes that activism is a word reserved for those who are organizing.

“My work as a Black educator and Black writer is resistance for sure but I would never call myself an activist,” she says. “I think being a Black person making art that intentionally centers our stories will always be resistance in itself given it literally resists our disappearance.”

For those who’d like to get involved, these authors recommend just starting—but making sure you’re there for the community and not for self.

“Go where you are needed and most useful. And if you aren’t there for the actual betterment of the community, and simply there for the success of your book, that’s exploitation and that’s the last thing our communities need. Before you do anything, you better ask yourself why you’re doing it,” Iloh said.

Browne agrees and said, “Ask your neighbors what is needed. Check-in with community gardens, daycare centers—there are so many people doing the work, just ask ‘what can I do’ and then follow through. Do not bring all your woes and fears and place it on the person’s shoulders who is working, be of service. The work is happening right now. Lend a hand.” 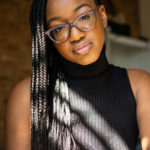 Arriel Vinson is a Tin House Winter Workshop alumna and Hoosier who writes about being young, black, and in search of freedom. She earned her MFA in Fiction from Sarah Lawrence College and received a B.A. in Journalism from Indiana University. Her poetry, fiction, and essays have appeared or are forthcoming in Catapult, Shondaland, BOOTH, Cosmonauts Avenue, Waxwing, Lunch Ticket, Electric Literature, and others. She is a 2019 Kimbilio Fellow.

Previous Post: « How to Become a Writer (Of Color)
Next Post: Book Trailer Reveal for All Because You Matter by Tami Charles, Illustrated by Bryan Collier »
Save the date for the #WalterAwards23! You can now