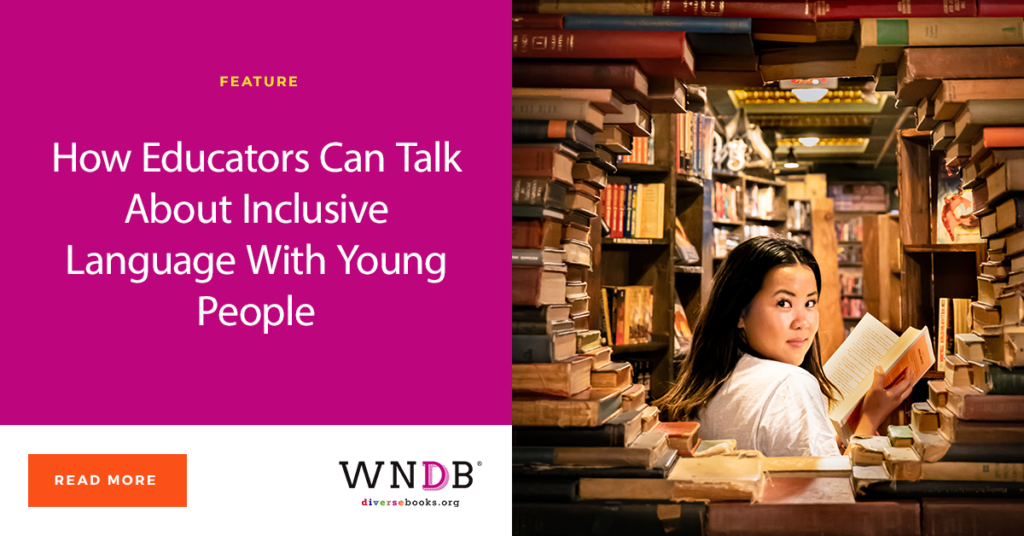 If you’re a supporter of diversity in children’s literature, then you understand the power of story to empower and affirm all identities. But do changes to the smallest bits of those stories—words, format, punctuation, letters—matter just as much?

Bruce Peng, director of the linguistics program at SUNY Oswego, agrees. He explains that his trans students’ persistence in correcting those who call them by the incorrect pronoun is about them “trying to communicate who they are and gain respect and recognition for their identity.”

Tiny tweaks to words do have the power to both affirm and include. Recognition of a person’s identity on paper can have a powerful ripple effect on how others view them—and how they view themselves.

Some recent examples of these inclusive language shifts include:

So how do we talk to students about how these changes happened, why they matter, and how to make decisions in their own writing about what conventions to follow?

We spoke to a few experts on the topic and offer four strategies you can use to educate your students (and yourself):

In linguistics, contrastive analysis is the systematic comparison of two languages to identify their similarities or differences. While often used by TESOL educators to improve their instruction and predict learning difficulties, all teachers can use this technique to explicitly address newly accepted grammar and language conventions by comparing the old to the new. Students are able to clearly see what has changed, determine whether any meaning has been lost, and understand the deliberate reasoning behind the change.

By middle or high school, students are likely already seeing terms like Latinx or preferred pronouns on social media; some may not know a world in which their identity is a hyphenated one. By showing students the previously accepted conventions and asking them to share in their own words why the change occurred, students can flex their research muscles to understand and articulate why and how terms like Latinx rose to more popular use.

Heidi Gramlich Bryson, a K-12 teacher librarian, suggests pairing students and assigning each pair to research a particular convention or word that has changed over time. The groups can then present their findings to the class during which the teacher can point out the common threads of social change that account for these shifts. Teachers can ask students to keep pointing out these words and conventions throughout the year as they run across them in their reading. Keep a running list or tally on a flipchart paper and use it for periodic review.

As we know well at WNDB, children’s literature has a long way to go when it comes to inclusivity. For example, students are likely reading many books that only use he/she pronouns. Perkins notes that if educators or parents take the liberty of inserting “they” pronouns when reading aloud, they are not “connecting youth to the reality in which they live.” It’s important to instead spend time talking with students about why the only pronouns they see are gendered.

The reality is many gatekeepers, including standardized testing, may require students to answer questions or write in a way they may not fully agree with in order to be successful academically and in future pursuits. For example, while the Associated Press has embraced “Latino/a” as the preferred term for people of Spanish heritage, they note that the gender-neutral “Latinx” should only be confined to quotations, names of organizations, or descriptions of individuals who request it, accompanied by a short explanation.

But recognizing the existence or lack of institutional acceptance sets the stage for conversations that get students thinking critically about the systems in which they function. Perkins notes that these conversations can actually help students navigate through systems that may not be built for them.

Bryson suggests teaching students about code-switching, a concept that many students from marginalized communities and backgrounds are likely practicing all the time, even if they haven’t explicitly called it that.

“Students should be aware of when they might be making a language choice that could negatively impact them, and be able to make an educated choice in those situations,” Bryson tells We Need Diverse Books.

Students can practice making these choices by critically examining examples of socially inclusive language and brainstorming situations in which their use would or would not be accepted. Students can also look up whether certain language or conventions are accepted by styles such as MLA, APA, AP, and so on.

“Teachers have to educate themselves to educate their students,” says Peng, noting that the majority of K-12 teachers are cis white women. Perkins points out that this may be more of an “unlearning” for many. She recommends teachers talk to each other about these topics and have uncomfortable, critical conversations with each other that can open them up to challenging conversations with students. 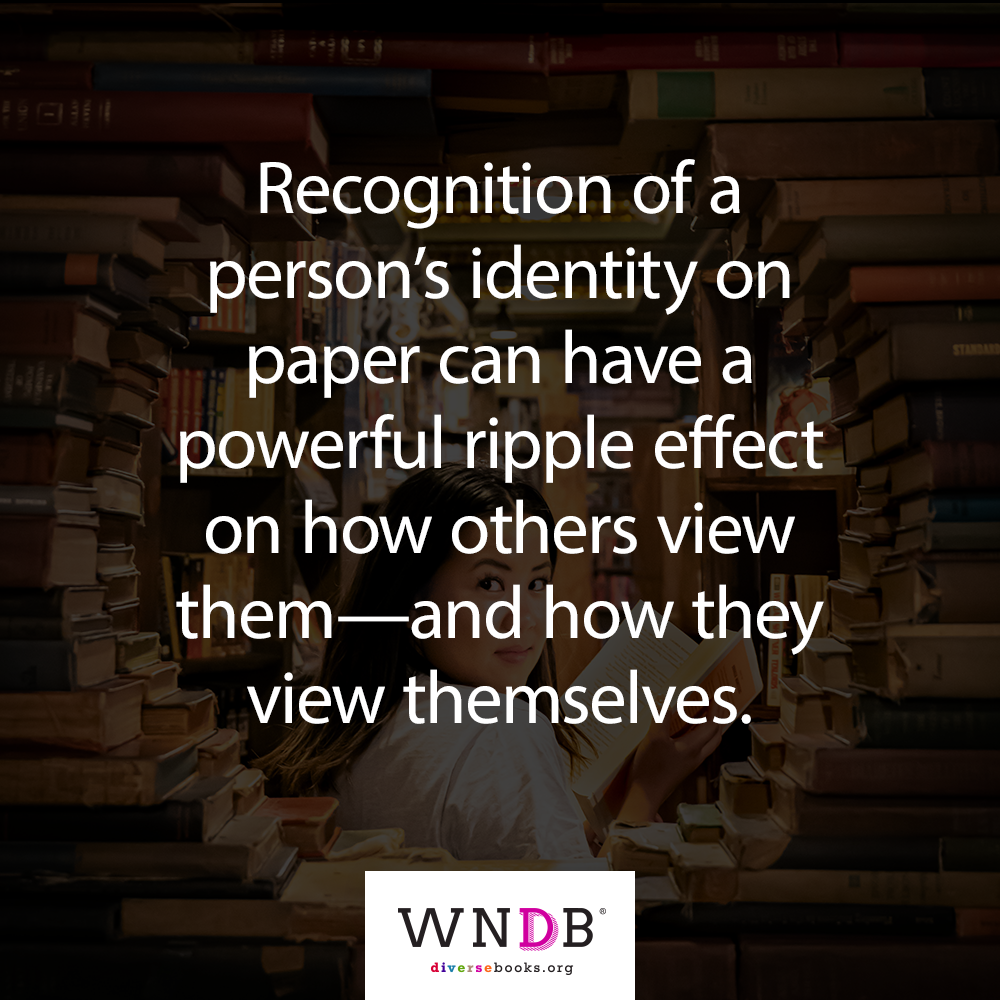 For further reading and viewing, check out these resources:

The Story of English on BBC Two 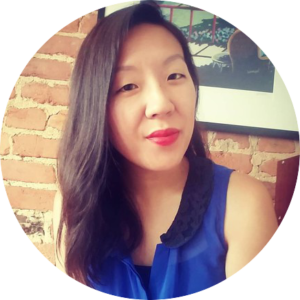 Andrea Ruggirello’s stories, essays, and poetry appear or are forthcoming in Gay Magazine, Zora, Hobart, The Baltimore Review, McSweeney’s Internet Tendency, Electric Literature, Catapult, Third Coast, and elsewhere. She has an MFA in fiction from West Virginia University, and her novel manuscript was a semi-finalist for the James Jones First Novel Fellowship. Andrea was born in Korea, adopted as a baby, and raised on Staten Island, NY. She lives in Washington, D.C.

Previous Post: « The Everywhere Book Fest: Bringing the Festival Experience to Everyone, Everywhere!
Next Post: A Letter From We Need Diverse Books in Response to COVID-19 »
LAST CALL for WNDB 2023 Internship Grant Partners!