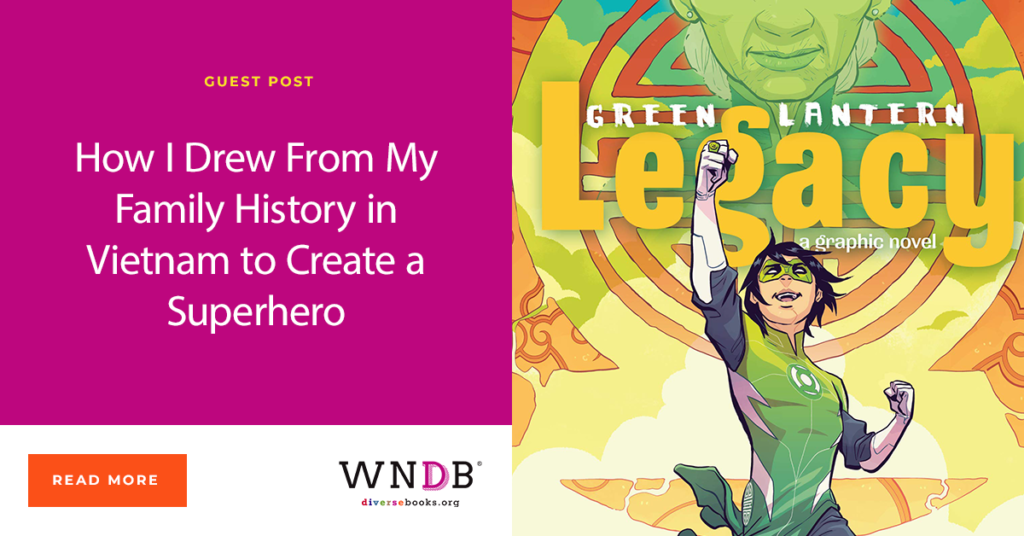 When I was a kid, I was really into Greek mythology. For some reason, I was particularly captivated by the Twelve Labors of Hercules. Whether it was wrestling a lion, slaying a Hydra, or even cleaning the Augean stables, I loved imagining myself in the shoes (or sandals, as it were) of the mighty Hercules.

However, it should be noted that it would be almost impossible to find someone any more different from the muscle-bound demigod than me: A scrawny Vietnamese American kid with the musculature of a pool cue. And yet, through the power of literature, I managed to find my way into those stories.

That image of young me with his nose buried in Edith Hamilton’s Mythology kept coming back to me as I wrote Green Lantern: Legacy. 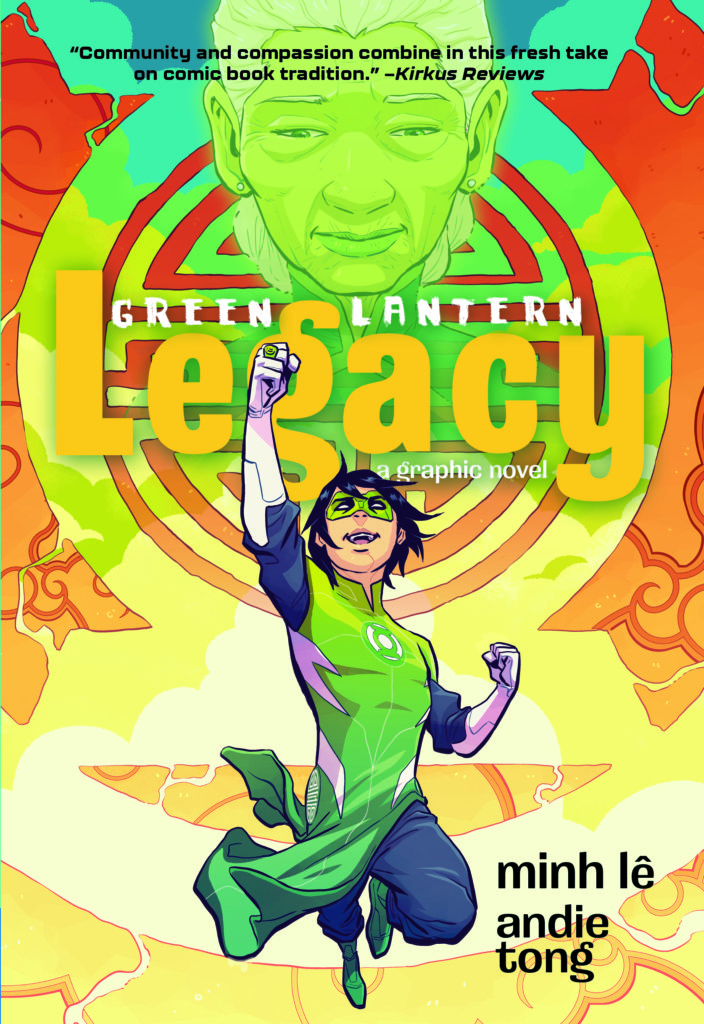 When I took on this project, it was with a lot of excitement but also with a great sense of responsibility, particularly when it came to issues of diverse representation. I think of comics as being our modern mythology and with the widespread appeal of these stories, I knew that this was a rare opportunity. So I wanted to come up with something fresh and authentic that also honored the rich comics tradition of the DC universe and its many fans. No pressure.

When considering Green Lantern, there was something strangely familiar about this character who has a green ring and a strong will. I realized it was because I actually knew something who fit that description: My grandmother. She always wore a jade ring and is one of the strongest people I know. While I was born here, she very much willed much of our family out of Vietnam during the height of the war.

As soon as that image of my grandmother emerged, the story began to fall into place. But writing from such a personal space comes with unique pressures. There were many sleepless nights when I fretted over whether we got the visual details right, whether the mechanics of the Green Lantern world were accurate, and of course, whether I was the right person to tell this story. When those doubts were at their strongest (usually around 3 AM), I often found comfort in that image of young Minh reading and cosplaying as Hercules.

For that kid, seeing a Vietnamese American superhero would have been a true game-changer. When I was young, there were rarely characters who looked like me on the shelf—and those who did exist were usually sidekicks or stereotypes. The danger is that when that’s all you see, it can limit what you think you can be. That’s why the work of We Need Diverse Books has been so important. It hasn’t just expanded what books are available, it has expanded what children think is possible. So as I wrote Green Lantern: Legacy, I held my doubts at bay with the hope that there would be a young reader today seeing themselves and their community reflected in this book. And that seeing themselves on the page would make the world feel a little bigger and more alive with possibility. 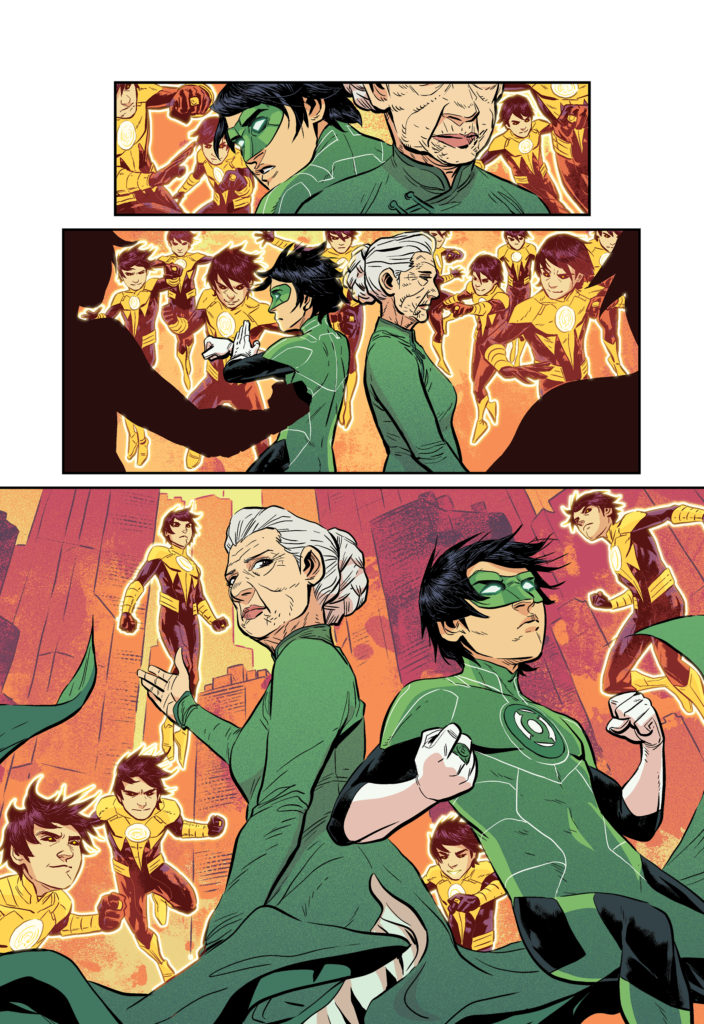 But of course, I also thought about the other readers, those who would not connect personally with the background of these characters. It’s my hope that they get to experience what I did when I was reading Hercules. That they get to make the imaginative leaps to find common ground with a character that is wholly different from themselves.

Due to the dearth of representation, readers from non-dominant cultures are used to doing that type of empathetic reading. And while it was born out of necessity, it is also a gift. My hope is that readers who are used to seeing characters who look like them always in the spotlight will pick up books like those championed by WNDB. And by doing so, we have the pleasure of stretching themselves into someone else’s story while also discovering the underlying humanity that we all have in common.

When we diversify the heroes in our stories, we expand who we collectively imagine being heroes in the real world. Thanks to the Herculean efforts of advocates like those with We Need Diverse books, future generations of readers will have an easier time seeing the potential heroes in themselves and everyone around them. Because whether it’s a muscle-bound demigod, a tenacious refugee grandmother, or a scrawny 13-year-old boy, everyone deserves a chance to be seen as the hero.

Minh Lê is the author of the picture books Drawn Together (illustrated by Dan Santat) and Let Me Finish! (illustrated by Isabel Roxas), and has written for the New York Times, the Horn Book Review, and the Huffington Post. Green Lantern: Legacy (illustrated by Andie Tong) is his first graphic novel. A first-generation Vietnamese-American, during the day Minh is a national early childhood policy expert who went to Dartmouth College and has a master’s in education from Harvard University. Outside of spending time with his beautiful wife and sons in their home near Washington, D.C., Minh’s favorite place to be is in the middle of a good book.

Previous Post: « OUR AMERICAN DREAM Is a Children’s Book About Immigration Written by an Immigration Attorney
Next Post: How to Move Beyond the Common Core and Connect Historical Excellence to Your Classroom »
Native writers: applications for the 2023 Native C