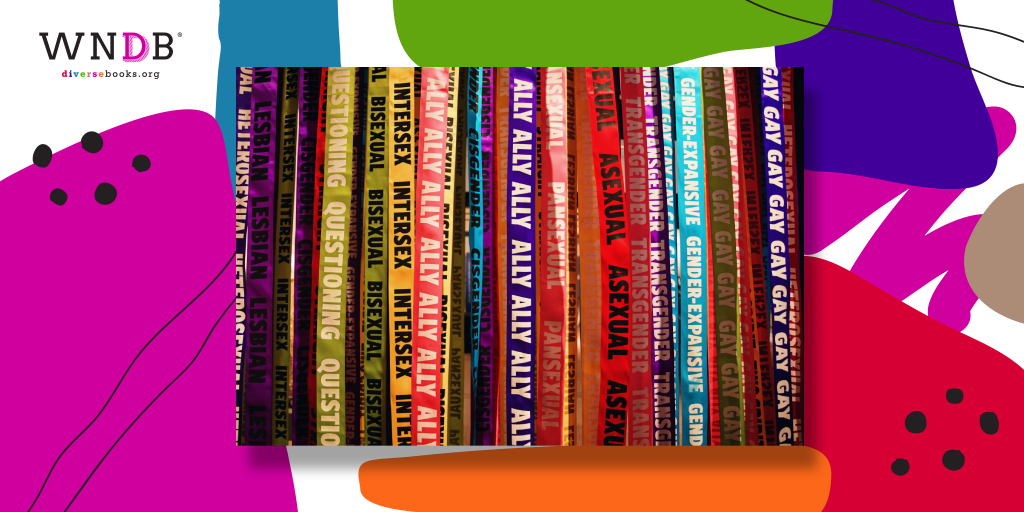 Books helped me figure out, in my mid-20s, that I’m queer. In fact, it was mainly young adult books aimed at teenagers that showed me parts of myself I’d been hiding from for more than two decades. So when I say that I think diverse books are important, and when I spotlight queer titles and stories, it’s because they mean a lot to me. I might have realized who I was sooner if I’d read a broader selection of books as a teen.

I grew up in a conservative missionary household, and my memory of the books I read in middle and high school (spent at a conservative missionary boarding school) is that they were fairly restricted to classics or Christian fiction, with a few others like Twilight thrown in for good measure. I knew, theoretically, that gay people existed; I just didn’t know that I was one. Nor did I know it was okay to be one.

So I lived thinking of myself as “tragically straight” until a new way was opened to me. Books are powerful. They can teach empathy, but they can also teach self-awareness. That’s a scary thing, if the awareness being taught is for something that someone else has deemed wrong. But it’s a beautiful thing, in my opinion. And that’s why this latest spate of book banning news has crushed me while simultaneously lighting a fire under me to do something to fight. Words are my weapon, and LGBTQIA+ teens have my whole heart, so I decided to chat with a few experts about why diverse books matter and who is hurt when queer stories are challenged or banned.

I spoke to Dr. Shannon Oltmann, an associate professor of the library science program at the University of Kentucky, about why books are challenged to begin with.

“These books are challenged because they offer different perspectives than the white heterosexual cisnormative view that has been dominant for so long,” Oltmann said. “People feel like an alternate viewpoint is going to challenge them, make them question their place in the world. That makes them anxious and scared.”

According to Lee-Ann Gill, a teen librarian at North Kingstown Free Library in Rhode Island, because books can serve as “mirrors and windows” (a phrase coined by multicultural children’s literature scholar Dr. Rudine Sims Bishop), book challenges can actively harm teens for whom queer books serve as mirrors.

“The book challenges and the book banning—what it says to the teens, who may identify with those books, [is] that they are banned,” Gill said. “That they should be challenged, not allowed to be who they are. Not able to be themselves. [That] it’s not normal, it’s not okay.”

Gill added that she has been a librarian at her library for five years, and over the course of those years she’s seen anecdotal evidence of teens becoming more scared to broach subjects of sexuality and gender identity because “they don’t know what adult is going to be okay and what adult isn’t.”

Toni Moore, a high school librarian in Kentucky, said that if teens are struggling with their identity and place in the world, seeing a book about someone like them challenged or outright banned can be very harmful.

“It takes these kids and amplifies every bad feeling they’ve had about their self-worth and how they fit into society,” Moore said. “I think it has a very negative effect on them.”

Amie Jones is the UK-based founder of Kind Kids Book Club, and she said that book bans are also an insult to teens’ intelligence, as it assumes that they can’t make informed, conscientious decisions on their own about what books they want to read. Jones said that the book bans restrict empathy when it comes to how teens think about others, and attack their own views of themselves.

“We look for ourselves in the pages,” Jones said. “So to take books off the shelves that contain, for example, LQBTQIA+ characters and lives is extremely damaging, especially for queer teens on the brink of becoming who they are meant to be. It’s essentially saying: ‘This way of living isn’t palatable to us. We don’t accept it. Don’t do it.’ And what could be more painful and distressing than that?” 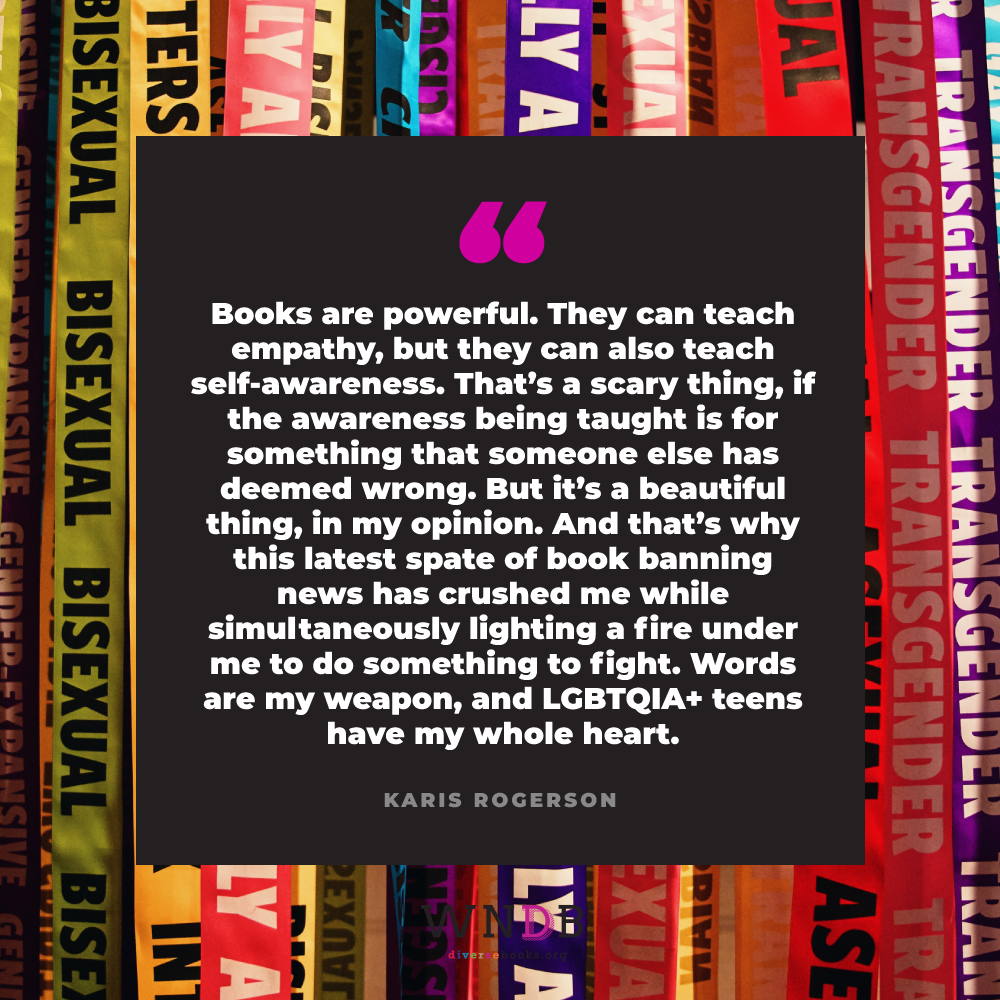 Even in schools and districts where challenges haven’t arisen, like the one that encompasses Barrington Middle School in Florida where Kathleen Daniels works as a Media Specialist, there has been a chilling effect because of news coverage of other bans. For Daniels’ school as well, which is located in Florida where the “Don’t Say Gay” Bill is making national headlines as it attempts to stop even discussions of LGBTQIA+ issues in classrooms, the fear is amplified.

“[Students] don’t see a lot of hope, which is pretty sad,” Daniels said. She added that students then ask  themselves, “Am I bad if I experience this then? [Challenges and bans] diminish the voices of students who don’t want to talk openly anymore. The access to those books, materials, and stories, increasing them is not going to help our future. How are we gonna be able to regulate our emotions if we don’t talk about them?”

When it comes to fighting back, Daniels said there’s one thing people shouldn’t do: “Please don’t donate books,” she said. “Lovingly, don’t do that.”

What can be done, as many of the experts echoed, is showing up and getting involved with local advocacy.

“A lot of these issues are being brought up one school at a time, one district at a time, so having as many community members talk at school board meetings [as possible],” Daniels added. “Book access and intellectual freedom is a students’ right.”

Moore added that, “it is a very vocal minority who is controlling the dialogue right now,” and that in many cases it was a single person who used their power to challenge and ban books. “People need to maybe reach out to school superintendents and principals and let them know we support these kinds of books being in the collection. Start reaching out as much as the people who have the opposite view are reaching out.”

Oltmann suggested even running for local library and school boards.

“From those positions you can be an advocate for people from marginalized communities,” Oltmann said. “We know historically that some right-wing activists have advocated for starting at the school board level, getting in and changing what school boards view as acceptable, what schools teach, that can have a ripple effect outward. There’s no reason we can’t do the same thing.”

A list of resources to fight book bans and specifically to help queer teens can be found here.

Diverse books are important, Dr. Oltmann of the University of Kentucky said, because, “Every human being, including those from marginalized populations, has inherent dignity and worth. Books with characters from marginalized communities are one way that we can respect and appreciate that inherent worth. It is really important to have these perspectives, share these with our broader community. Even if that sometimes makes us uncomfortable, which is a valuable part of the learning process.”

Previous Post: « Resources for When LGBTQ+ Books Are Banned
Next Post: Wave by Diana Farid Is A Guide for Navigating Complicated Feelings »
Agents: @literaryagentsofchange is looking for men