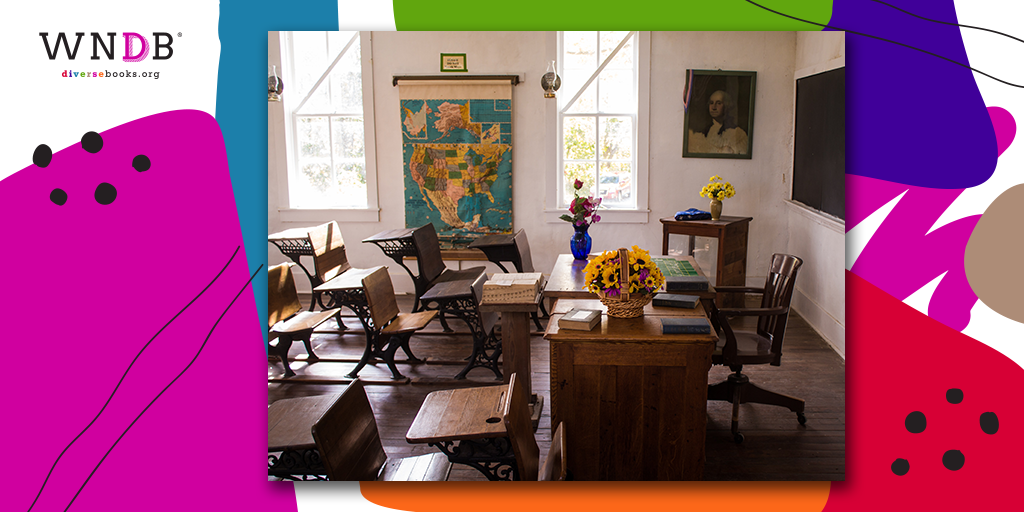 In recent years, it seems as if every publication, educational organization, and school district has created a diverse reading list. In many ways, they embody Rudine Sims Bishop’s mirrors, windows, and sliding glass doors. These lists increase the representation of marginalized groups who often fail to see themselves and their environments reflected in characters and settings of the texts they read. As a parent, I am grateful for lists full of characters who look like my own children; as a teacher, I appreciate titles that broaden my students’ horizons. There is, however, an often overlooked issue when talking about diverse texts: What we mean when we say diverse.

When identifying, classifying, and purchasing diverse books, the requirement is typically just a character who is not straight, white, and cisgender. Little to no effort is made to expound upon diversity of experiences. The groups most likely considered diverse are often treated as monoliths; thus we end up with a singular story meant to serve as representation for a large and diverse group of people. Beyond looking at how the character identifies, we should also investigate the type of stories often used and recommended as diverse. Many stories touted as diverse perpetuate or reinforce some form of trauma or grief suffered by members of that group.  There is an importance and necessity of displaying stories beyond stereotypes and stereotypical behavior.

Under the current thinking of diverse stories, there is a mental checklist. “Do I have a book with a Black character?” Check.  “Do I have a book with a Latinx character?” Check. “Do I have a Muslim character?” “A gay, bisexual, or trans character?” “A neurodivergent character?”  Check. Check. Check. What this means is teachers and librarians often wind up with terribly predictable stories and while diverse in theory, more than a little problematic in practice. The Black stories more than likely involve slavery, civil rights, police brutality, or the kid overcoming life with their single parent in their “rough” neighborhood. The Latinx story will likely involve immigration in some form or another. If the story involves a Muslim character there will likely be conflict regarding head coverings or customs. In stories that focus on a gay, bisexual, or trans character, the plot is typically a “coming out” story full of familial rejection, ostracism, and eventual acceptance of their identity

Yes, the Black community suffered through slavery, fought through the Civil Rights era, and suffer disproportionately from both police brutality and poverty, but that is not the entirety of the Black experience. Members of the LGBTQ+ community do sometimes suffer from familial rejection upon coming out, but they also can live fulfilling lives with their loving families who support them. Muslims in America can be targeted in acts of Islamophobia and for adhering to their customs and rituals in a primarily Christian society and yet, just like above, that is not the totality of their experiences. Every diverse story is not this simple or contrived, yet educators and librarians will likely identify a number of our go-to diverse texts fit these plots. These titles cannot and should not be discredited. The stories reflect the lived experience of being a member of each of those communities; they are windows, as Rudine Sims Bishop put it, showing the world what it means to be Black, Latinx, Muslim, LGBTQ+, or whatever group is represented, but it is cruel to constantly display the pain and trauma of any group. This cannot and should not be where diverse lists stop. 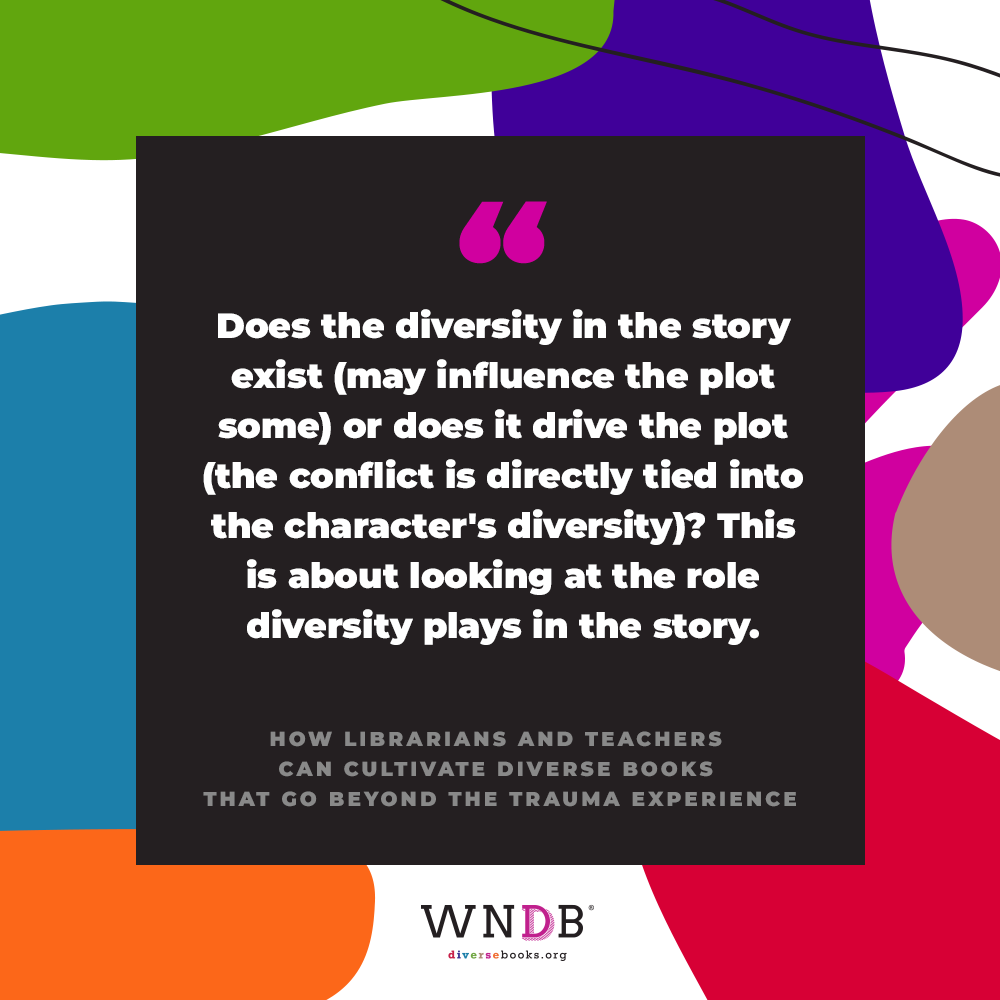 Educators and librarians (or even parents) seek out diverse lists to do right by the kids in our lives, open their eyes to the world around them, and do our part to help students become better citizens and people. We recognize the importance of representation for those seeing themselves (mirrors) and others (windows). The benefits of representation we seek are undone when the representation is routinely negative. Educators and librarians should be on the lookout for stories that embrace the diversity of the marginalized group, stories in which the diverse aspect does not drive the plot. What should teachers and librarians be looking for? Diversity within diverse texts.  This means looking at the story being told, where it takes place, and what is happening in the story.

Questions librarians and teachers should ask as we cultivate diverse texts for our libraries and/or curriculums:

Educators and librarians always look to improve our literary choices and offerings. We keep looking for, purchasing, and promoting diverse books. If our goal is to build up our students we continue to put in the work, seek out titles that address the totality of what it means to be a member of any marginalized group. We owe it to our students to show them mirrors and windows that show an array of possibilities for every demographic represented in our libraries and shared with our students.

Morgan Jackson is a high school English teacher in Las Vegas, NV. She is a member of NCTE and ALAN. Her current ALAN commitments include serving on the Amelia E. Walden book award committee and chair of the Equity, Diversity, and Inclusion committee. She is committed to students growing through their reading and providing equitable representation for all students.

Previous Post: « I Wrote Wishes so Readers Could See What It’s Like To Be a Refugee
Next Post: Trauma-informed Policy and Practice: How Schools Can Support Students and Staff After National Tragedies »
Save the date for the #WalterAwards23! You can now