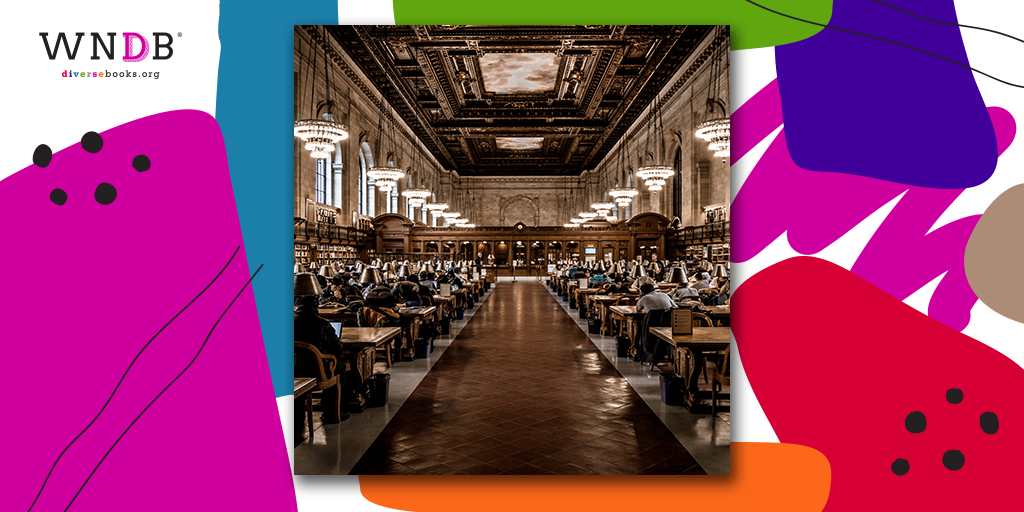 Libraries have long been a space where students and lifelong learners could come together and explore new ideas. The COVID-19 pandemic has transformed the world of libraries, and immunocompromised library workers are disproportionately feeling the impact. I spoke with three library workers from across the country to discuss how COVID-19 has changed their work experience.

Alex, a library aide who began working in a public library in Missouri right as the US began closing businesses in response to the pandemic, was hired in March and was only at home before their library sent the staff home. “We didn’t work for about a month. Towards the end of April, we started to go back in. In the beginning of May, we started to open back up for some services. When my job closed down, I was on paid leave. They paid everybody. That was a huge blessing, honestly,” they told We Need Diverse Books.

Alex explained the post-COVID-19 protocols that their library is now taking in order to remain open. “Something brand new we’ve set up is curbside,” they said. “There are three to four runners who wait to go run books out from the lobby and take turns to take the books out to cars and put them in the trunk so there’s no contact.” Workers also have to inform patrons of their new COVID-19 protocols and turn people away who refuse to wear a mask.”

While most patrons have been respectful about following the rules, Alex shared concern for the few who were against mask-wearing. “When we first opened for people to come in, I was nervous. To see people causing trouble when I worked in the library made me feel a little more uncomfortable,” they said. “I’m not as compromised as some people but I have asthma and I have fibromyalgia which most likely affects my immune system. Whenever I do get sick, it tends to be magnified by my illness. This thing isn’t going away but people are acting like it is, which makes me more worried than before because people aren’t taking it more seriously, at least here anyway.”

Alex continued, “I shouldn’t feel bad about having to say please follow the rules because I don’t want to end up in the hospital, even if you’ll be fine,” they said. “I see a lot of people who are taking it seriously, but it’s a mixed bag.”

Many immunocompromised people must continue to go above and beyond the mandated precautions in order to protect themselves, even when others are doing everything they can to minimize the spread of the virus. Brian, a library technician from an academic college in New Mexico, had to prioritize his health over his job.

“Doctors don’t know what would happen if I were to get sick [with COVID-19]. The blanket term for what I have is CVID or common variable immune deficiency,” he said. “The specific flavor I have is called hypogammaglobulinemia. What that means is my body doesn’t produce antibodies.”

Brian decided to leave his job in order to prioritize his health during the pandemic. “We decided that I needed to leave my job, not quit, but tell my boss that I can’t work here until we know more about the virus. I told my boss I’m turning off Interlibrary Loan (ILL) and I’m going home,” he said. “My boss and my coworker know about my immune disorder and my boss said ‘no problem, I completely understand.’ A week and a half to two weeks later, the entire university shut down.”

Because of the financial impact of COVID-19, many states have had no choice but to resort to budget cuts to higher education, which in turn has had a trickle-down effect on what academic libraries can offer to their patrons.

Brian’s library has experienced a decrease in library offerings. “When our budget got cut, the director canceled all the periodical subscriptions,” he said. “None of them are going to be renewed. Some of our databases got canceled. Not all of them, but we will look at usage and we will cancel some of them to save money.”

The budget cuts also required the library to get funding directly from their patrons. Brian’s library is asking patrons who want to check out books and use the computers to purchase a $5 patron card every semester to offset the challenge of the budget cuts. 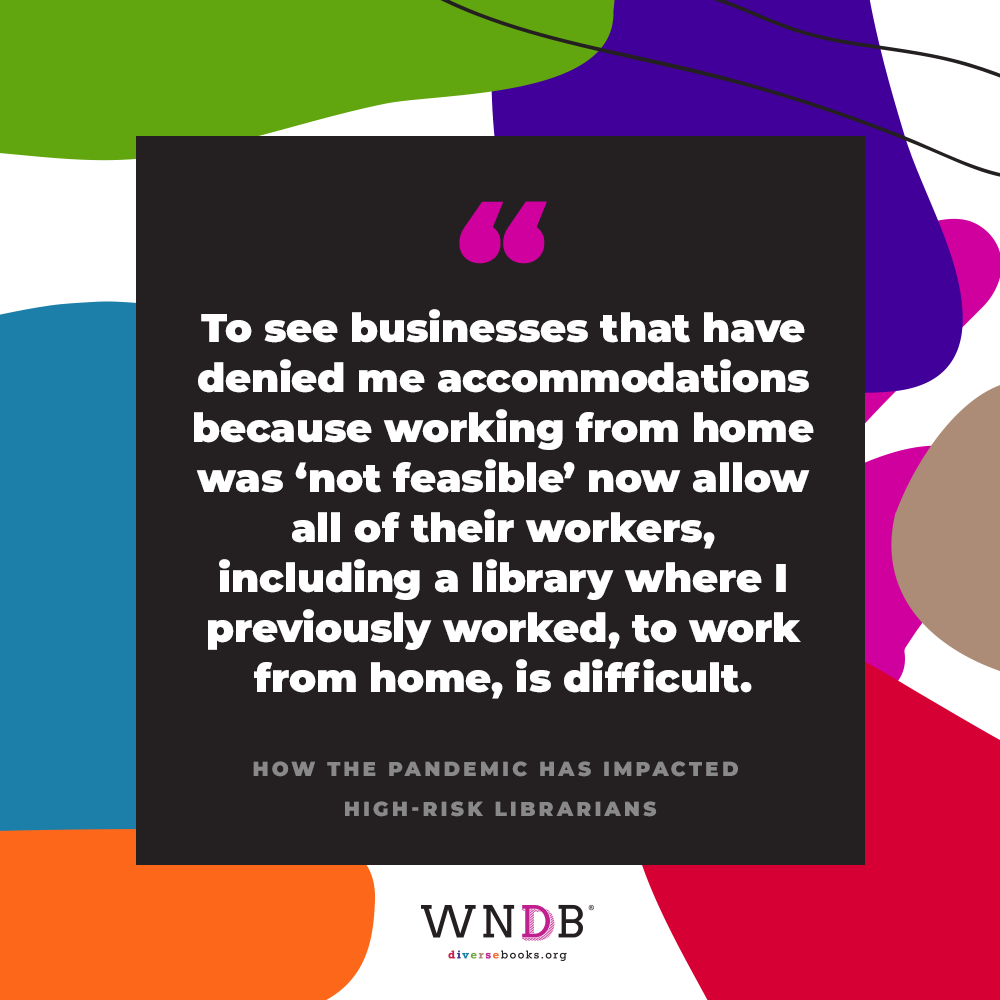 It doesn’t help that COVID-19 related issues have been needlessly politicized by our leaders. Brian said that he was disappointed to see COVID-19 become politicized in his area, making him wonder how seriously the general public would take mask mandates when our leaders can’t even collectively follow the rules.

Fortunately, the public has been mostly following the rules, despite the inconsistent leadership across the country. “I was very paranoid about it,” Brian said, “but I’m thankful [that a majority of patrons have been wearing masks]. The governor did a pretty good job of locking down the state. The case count hasn’t been too bad.”

Regardless of how well or how poorly a certain area handles enforcing public restrictions, high-risk librarians often have to speak out for themselves to get the additional protections that they need to work safely.

Jennifer, a reference librarian from Missouri, spoke with me about the concerns high-risk people have when requesting the accommodations they need because of the pandemic. “I started working from home before our campus went virtual last semester,” she said. “That was a difficult decision and required paperwork to prove that I needed it.”

Jennifer was most concerned about how other staff at the library would react. “I was worried that going in and saying ‘you’re in this high-risk position but I’m going to work at home.’”

The reference librarian talked about how she’s been denied accommodations in the past, and it’s frustrating that “now with this pandemic, all of their workers have been working entirely from home.”

The library Jennifer works at today has worked closely with the university to protect workers and make library resources safely accessible to all.

“Our university recognized us as one of the big potential places for contagions, so the university as a whole took the library very seriously. In terms of if we were existing in a world where our library where students come in, I don’t think there’s more we can do.”

Libraries are facing an unprecedented challenge with COVID-19, but when we protect the safety of workers and patrons alike, we’re also protecting future access to libraries.

Bianca Gonzalez is a 23-year-old brain cancer survivor who writes from an intersectional perspective on the history and current state of social inequality in the US. You can find her at stellarwordsfreelance.com. You can also find her on Facebook and Twitter.