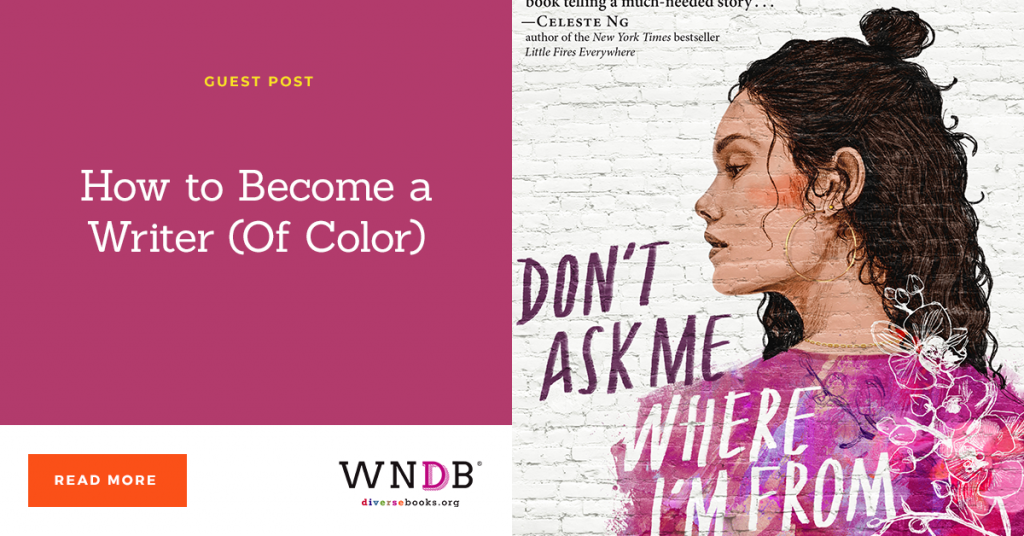 When I was in my MFA program I read Lorrie Moore’s “How to Become a Writer,” a short story in which she offers instructions in the second-person point of view, e.g., “First, try to be something, anything, else. A movie star/astronaut.  A movie star/missionary. A movie star/kindergarten teacher. President of the World. Fail miserably.” I remember reading the story (several times) and several times, not relating to it, not laughing when others at the table laughed. The advice, even in satire, did not mirror my experience of trying to become a writer. So I decided to write my own version. I called it “How to Become a Writer (of Color).” Here are some bits from the story (which has never seen the light of day until now):

Forget, for a moment, that your mother is a housekeeper and your father is a painter. Forget that they worked double, sometimes triple, shifts to save money for a house in a peaceful neighborhood with no speed bumps. Remember instead the thunder in your chest when you won first place in the eighth grade writing contest, when you looked out at the audience and noticed your father standing in the back, paint on his jeans and his callused, brown hands clasping the lavender program.

At nineteen, when you publish your first piece in a national magazine, be prepared for the magazine’s illustrator to draw a picture of you that makes you look like Rigoberta Menchú. That following semester, you will learn about Edward Said and orientalism and postcolonialism and other isms, but for now, be thrilled that you got paid a dollar per word. At 974 words, you are rich.

When you’re twenty-eight, book a one-way ticket to Guatemala, sublet your apartment, and set out to write your novel. Your mom will be worried, but she still helps you cram a printer and a stack of books into your suitcase before dropping you off at the airport. When the flight attendant hands you a long narrow customs slip, take joy in spelling writer inside the box labeled occupation.

At your MFA thesis reading, select scenes that won’t offend your parents too much. Your novel is about them (of course). Your mom will bring tacos. Everyone will love them. Then she will dig out the back-up tacos she had wrapped in aluminum foil inside a brown paper bag. Everyone will love those too.

After you win an essay prize from a literary magazine, your mother carries a copy of it in her purse for months. She shows it to the women whose houses she cleans. Thanks to her, more women in Wayland, Weston, and Newton have read the journal’s winter issue than if the editor had airdropped them from a helicopter into the Whole Foods parking lot.

You get the idea.

There is a tremendous sense of power in reclaiming a story that doesn’t include you. It took me years and years—and many, many more drafts—to begin to understand that what I originally saw as weaknesses in my writing life and material were actually strengths. I kept grinding. Writing. Hustling. And then one day a friend forwarded me an email about a grant through We Need Diverse Books. Her email came at a critical time. I had finished the first draft of my YA novel, Don’t Ask Me Where I’m From, and I desperately needed just a couple more months—a summer—to polish the draft before I queried agents. Once I went back to teaching in September, I knew it would be more difficult—not impossible, but more challenging, for sure. So I applied.

A few months later, I was awarded the Walter Dean Myers grant—two thousand dollars and what felt like a million pats on the back, telling me, “Go, Jenn! You got this. Finish the book.” The value of the grant was about so much more than money.

It helped alleviate imposter syndrome, offered validation, and made me feel like—wait, these people in the industry like it, so maybe, just maybe there’s something here.

But the money was certainly useful, too! I remember reading that author Angie Thomas (who had been awarded the same grant the year before) had used the funds to purchase a new laptop because her old one was being held together by duct tape. That’s real. I used the grant to pay for Spanish immersion daycare for my then three-year-old son so I would have time to write. And then I finished the thing. 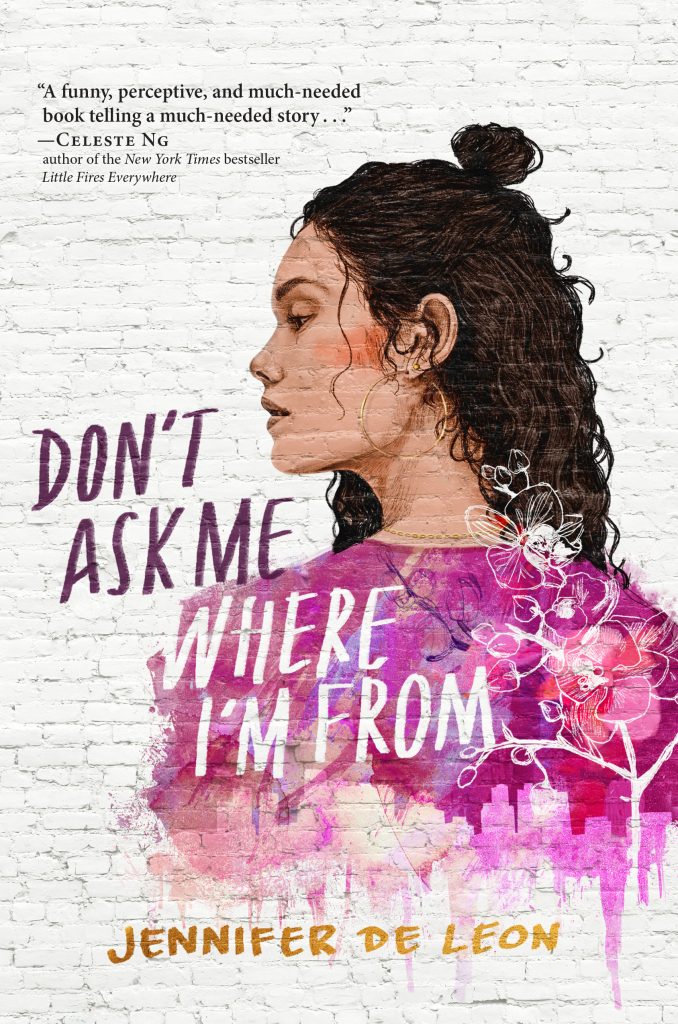 Liliana Cruz is a hitting a wall—or rather, walls.

There’s the wall her mom has put up ever since Liliana’s dad left—again.

And there’s the wall Liliana creates within herself, because to survive at Westburg, she can’t just lighten up, she has to whiten up.

But a wall isn’t always a barrier. It can be a foundation for something better. And Liliana must choose: Use this foundation as a platform to speak her truth, or risk crumbling under its weight.

Jennifer De Leon is an author, editor, speaker, and creative writing professor who lives outside of Boston. She is the editor of Wise Latinas: Writers on Higher Education, the 2015–2016 Writer-in-Residence at the Boston Public Library, and a 2016–2017 City of Boston Artist-in-Residence. She is also the second recipient of the We Need Diverse Books grant. Don’t Ask Me Where I’m From is her debut novel.

Previous Post: « Saadia Faruqi and Laura Shovan (A Place at the Table) in Conversation
Next Post: How Children’s Authors Create Change Outside of Their Books »
NYT Bestselling author @stdennard, like us, believ