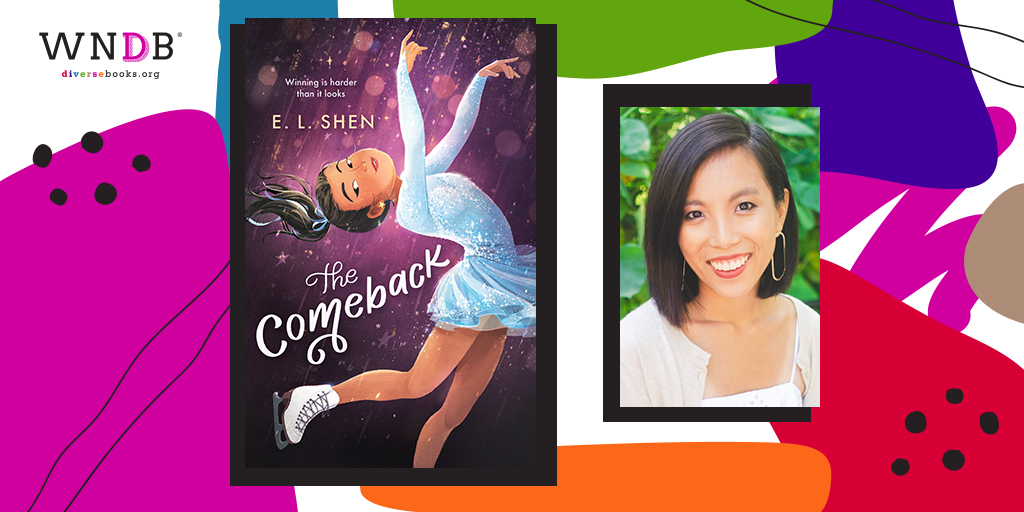 E. L. Shen was a 2017 recipient of the WNDB Internship Grant.

Content note: Descriptions of racism against Asian Americans, including racist slurs and language

On the first day of seventh grade, I flat-ironed my thick black hair, smoothed down my Aeropostale T-shirt, and tried my best to fit in. This proved to be difficult. I was the only Asian American girl in a very small, very white suburb, where diversity meant listening to pop music instead of country. I’d had one Chinese best friend in first grade (with the same last name and birthday), but she’d moved away.

Seventh grade was the first year we had real lockers, and rotating schedules and four minutes to dash to your next class. My first week, freshly sprung from second-period science, I balanced my new textbooks between my arms and raced down the hallway. And then, I stumbled. My books and papers went sailing. It was straight out of a bad teen movie. I dropped to my knees to pick up the scattered pages when I noticed a couple of shadows looming over me. They were boys, with spiky gelled hair and too much cologne and threatening, middle school smirks.

They were such stereotypical bullies, they fit right into the made-for-TV movie in which I’d found myself. But seventh-grade me was stunned. I was usually loud, opinionated, and—as my sister can confirm—bossy. But now, literally cowering beneath brawny, ignorant boys, I didn’t know what to say. So I looked at the floor and waited for them to walk away.

Later, I decided I wasn’t going to stomach their taunts. I sat on my bedroom carpet with my friends and wrote out the boys’ insults in addition to jabs I thought they might say in the future. At the top of the page, I scribbled: The Comeback List. I explained to my friends that in order to best my bullies, I needed to brainstorm comebacks and practice until I was fully prepared for showtime. If this method worked for exams, it had to work for idiotic middle school boys, right? I wrote what I wished I had said earlier. For example, when Bully 1 said, “Go back to China,” I’d respond: “Go back to Stupid Land, cuz that’s where you were born.” (Clearly, I was already a blooming literary genius.) 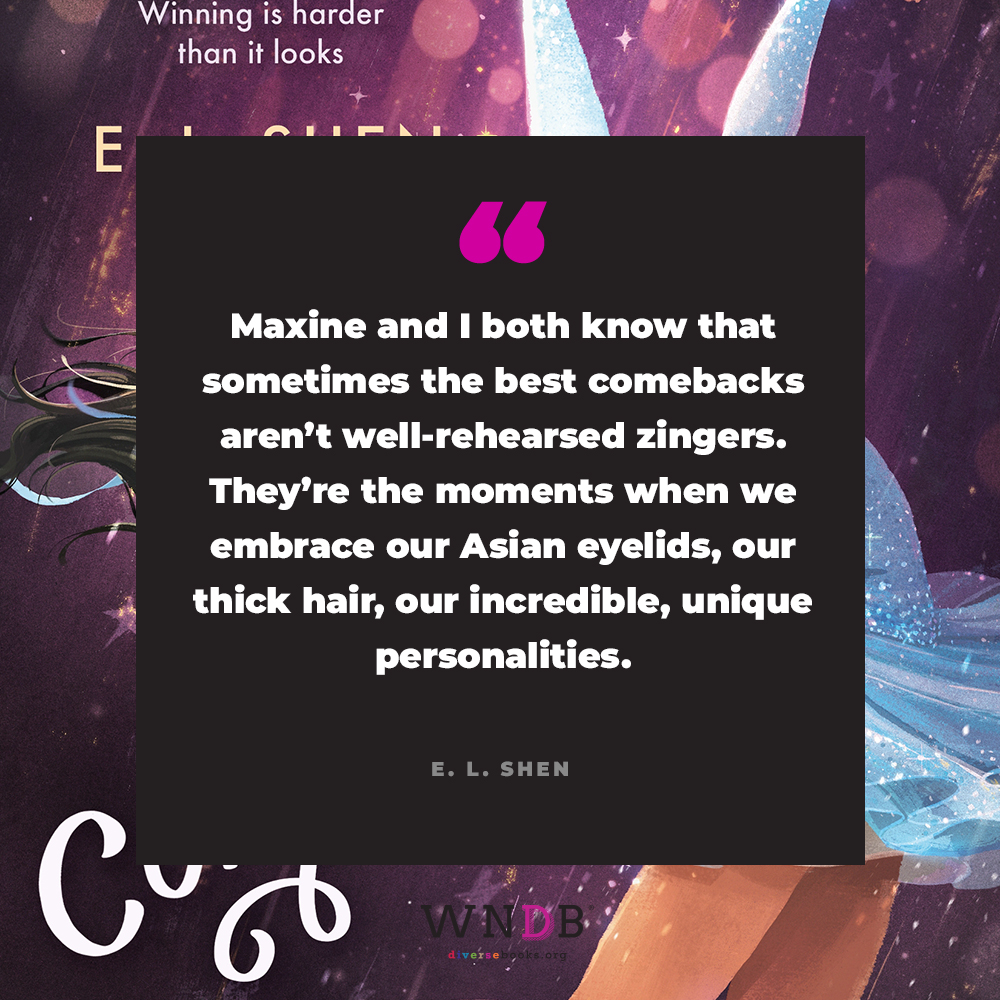 Soon, I became obsessed with comebacks. I forced my friends to insult me in the hallway, on the bus, and over text—whenever I least expected it—so I could make up some witty retort on the fly. Needless to say, they did not enjoy this activity and eventually refused to participate in my schemes. I even tried to level up my comebacks and sing “Hate on Me” (the Glee version, of course) at the school talent show, which my parents quickly nixed.

Looking back, I can’t recall using a single comeback. I remember dreaming about them, imagining myself hurling words under the hallway spotlight, but I don’t think I ever did. Instead, a decade later, I crafted the final say against those bullies from long ago. I wrote a book.

It’s titled The Comeback and it’s about a twelve-year-old Chinese American girl named Maxine Chen. Like my younger self, Maxine makes a comeback list with her friend after being mercilessly teased by a boy at school. She’s also a competitive figure skater (like I was, except she’s significantly better) who is trying to make a different kind of comeback on the ice and clinch a spot at Nationals. I love Maxine because she’s talented, and flawed, and living in a town that isn’t always rooting for her. Throughout the novel, she learns how to lean on her family for support, forge unlikely friendships, and most importantly, make space for herself.

Because, spoiler alert, Maxine and I both know that sometimes the best comebacks aren’t well-rehearsed zingers. They’re the moments when we embrace our Asian eyelids, our thick hair, our incredible, unique personalities. In literature and in life, that’s how we win.

The Comeback by E. L. Shen is out now. Order it here! 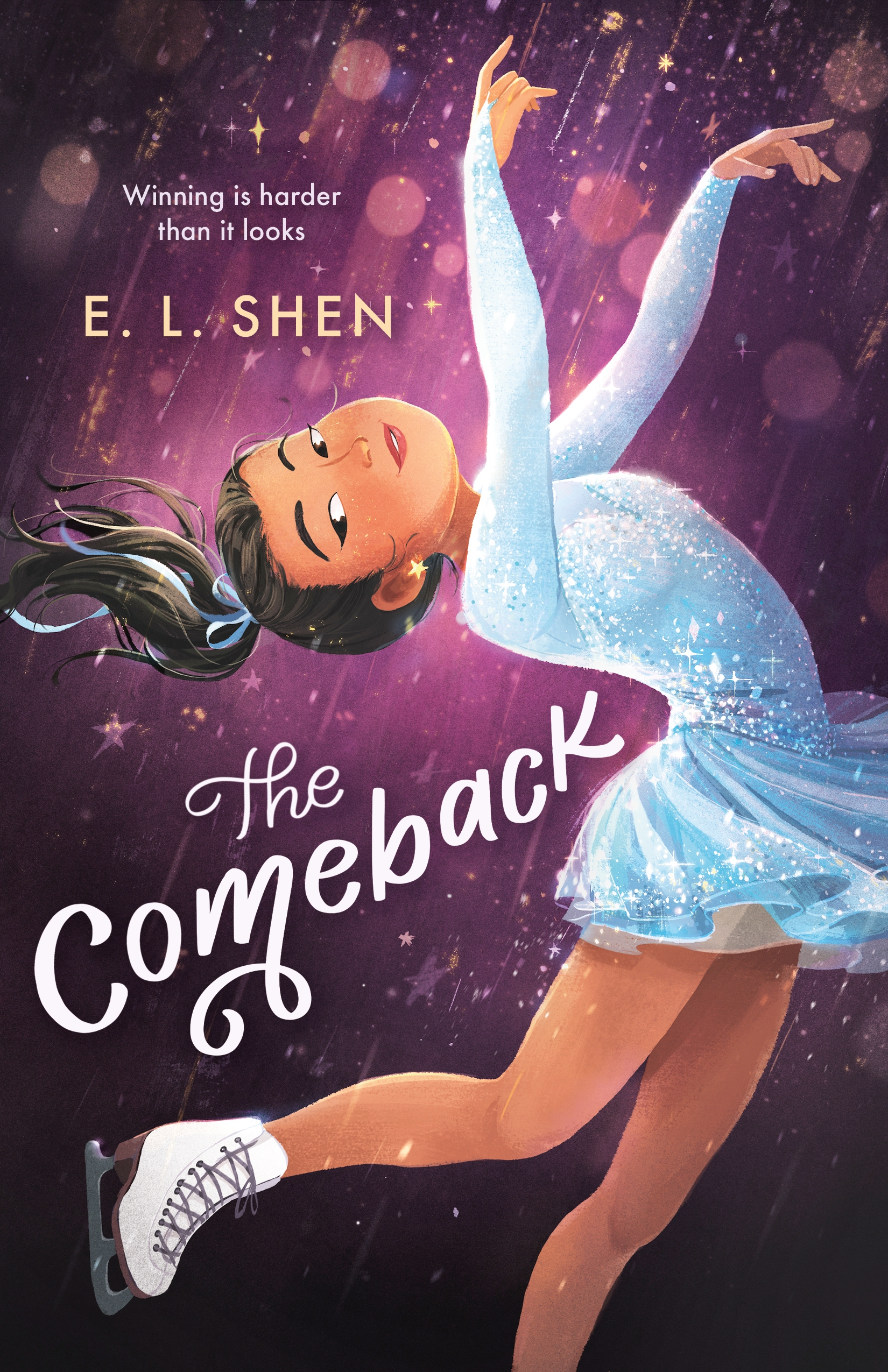 Twelve-year-old Maxine Chen is just trying to nail that perfect landing: on the ice, in middle school, and at home, where her parents worry that competitive skating is too much pressure for a budding tween. Maxine isn’t concerned, however—she’s determined to glide to victory. But then a bully at school starts teasing Maxine for her Chinese heritage, leaving her stunned and speechless. And at the rink, she finds herself up against a stellar new skater named Hollie, whose grace and skill threaten to edge Maxine out of the competition. With everything she knows on uneven ice, will Maxine crash under the pressure? Or can she power her way to a comeback?

Set in Lake Placid, New York, this is a spunky yet stirring middle-grade story that examines racism, female rivalry and friendship, and the enduring and universal necessity of love and support. 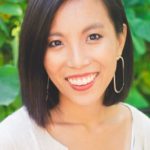 E. L. Shen is a writer, editor, former figure skater, and We Need Diverse Books Internship Grant alumna. Her childhood skating career was not nearly as prolific as Maxine’s, but her personality is just as fiery. She received her Bachelor of Arts from Barnard College of Columbia University, where she majored in English with a concentration in creative writing. Originally from upstate New York, she currently resides in Manhattan.

Previous Post: « The Night Before
Next Post: Q&A With Malinda Lo, Last Night at the Telegraph Club »
We're thrilled to reveal the cover for TOKYO NIGHT