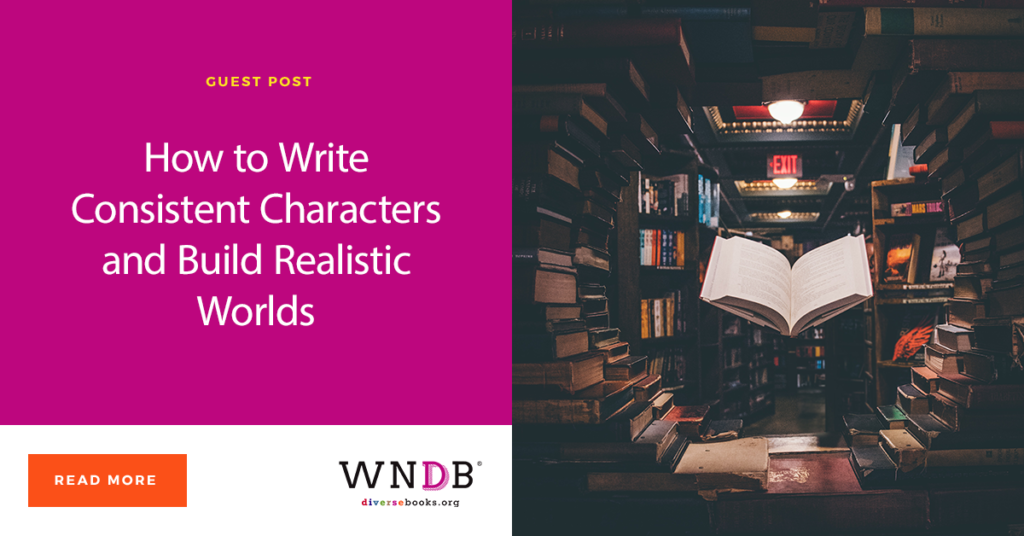 This piece is the first stop in the Spring 2020 #DVpit Blog Hop! #DVpit is a Twitter pitch event for marginalized authors and/or illustrators. The next event is scheduled for April 22-23. For more information, please visit dvpit.com.

When readers describe books they love—those unforgettable stories they recommend again and again to family, friends, and even perfect strangers—we often hear, “It felt so real. It felt as though I were actually there, in the world of the book.”

How does a writer achieve this? By creating sufficient conditions for the reader to suspend disbelief.

A reader of fiction wants to be transported to someplace exciting and new, whether that’s Ancient Egypt, a futuristic Martian colony, or a sleepy New England college town. They are usually prepared to grant the writer some leeway; there’s no need for extensive research about the flooding of the Nile, the soil composition on Olympus Mons, or how the registrar’s office sorts their mail (unless these facts are relevant to the plot—more on that later). Rather, the key is to use this imaginative generosity strategically, by minimizing the frequency with which the reader is reminded of the novel’s fictionality while imbuing the story with richness and dimension. Here are some elements to consider:

The world a novelist creates, whether a faithful simulacrum of a place that exists (or once existed) or a wholly speculative locale, should feel as though it is governed by a sensible set of natural laws that cohere into a solid system. The book shouldn’t display on its pages the entirety of said system, no matter how tempting it might be for an author to show off all the research they’ve done—that would take up too much of the reader’s valuable time for no justifiable purpose—but the audience must be absolutely convinced that all necessary rules and parameters exist, ready for primetime as soon as that particular piece becomes relevant to the story.

This means, at minimum, that no element of worldbuilding contradicts any other element (e.g. if the mayor has decreed that no business in town shall be open on a Sunday, the protagonist should not be seen getting a haircut on a Sunday five chapters later), and in its more holistic construction, that the events of both plot and background should adhere to logical causality within the world of the novel (if the antagonist in the aforementioned town decides to rob a bank on a Tuesday, there ought be an excellent reason why they aren’t doing it on a Sunday instead, given that there won’t be anyone in the building). The reader perceives the tip of the iceberg and should infer therefrom that the author has constructed the whole iceberg below the surface, and that all of it makes sense together.

One of Kurt Vonnegut’s most famous pieces of writing advice is, “Every character should want something, even if it is only a glass of water.” Putting this into practice, however, can be tricky. For minor characters, this is usually a question of conveying motive succinctly (so as to prevent unnecessary description) and through the point of view of another character (usually the protagonist). These cases often come back to internal consistency, as above; because minor characters function in the plot much as background does, to provide intriguing realism with potential depths to be plumbed as the story progresses, their descriptions and actions should paint a picture of the world that produced them consistent with the forces that exert influence on their lives. For example, if this is a world in which people with sun magic are generally tall and wealthy, and people with moon magic are usually short and poor, the reader will make certain assumptions about the motives of a minor character with moon magic who wears towering high heels, even if this person doesn’t get any speaking lines.

Major characters embody this principle writ large. Since the reader usually has more insight into their thoughts and emotions, their motives are not merely elements of worldbuilding but rather, essential and sustained drivers of plot. Not only must their desires and actions be consistent with extant world and character development, it also has to convincingly ratchet up the tension without feeling as though the author manipulated them into moving from point A to point B in order to orchestrate the next important plot point. (The authorial hand must move so deftly as to never be visible.)

This means that characters ought to be both organic and dynamic. They should start with clearly articulated desires and abilities that fit their personalities and circumstances and react appropriately to naturally occurring obstacles and accelerators. For instance, a peasant, a painter, and a prince wouldn’t have equal interest or facility in science or international trade; if the plot calls for a specific sequence of events relying upon a character’s expertise in these areas—such as, for example, obtaining a dangerous and expensive chemical—then it’ll be much harder to persuade a reader that certain protagonists are willing to take this risk or able to access the government’s secret research labs. If their motives don’t lead to a functionally believable character arc, it’s worth reconsidering said character’s background, the worldbuilding elements they interact with, or the plot itself to maintain a sense of realism within the parameters of the story.

One of the keys to narrative realism is showing the audience that the characters are three-dimensional personalities even during the many moments that aren’t captured on the page. A few judicious hints of a family, hobbies, or preferences and tastes unrelated to the plot can go a long way toward breathing life into a character, in addition to providing potential story fodder later in the novel (though it’s worth bearing in mind that not every detail need be a Chekhov’s gun). These elements suggest more depth of character and more expansive worldbuilding than the author has room to portray in the book, like the tips of the metaphorical iceberg.

Readers are easily persuaded that someone performs specific actions as depicted; the act of description can itself help a writer tease out the consistent from the improbably uncharacteristic. Convincing readers that the same characters acted in certain ways off-screen is a more difficult but vital skill that helps bring the world of the story to vivid life. For example, the protagonist’s shy, brainy classmate is much more believably a witness to a murder in the school library than at the local football stadium. The love interest’s prim, matronly chaperone is more likely to have overheard important gossip from her sewing circle than from the village blacksmith. Creating the illusion of rich and well-reasoned off-screen lives for even minor characters increases the believability of the society they inhabit.

Likewise, life isn’t made of pivotal crises so much as it’s a sea of hopefully pleasant mundanity punctuated by the kind of excitement that fuels a novel. Realism, therefore, often hinges on what that baseline might look like for an average citizen on an ordinary Wednesday. After all, characters caught up in the high-stakes drama of a protagonist’s story are usually escaping or attempting to find their way back to their everyday life. Show the reader what “normal” looks like; this is often a matter of a few well-placed details. Where does the spaceship captain buy his favorite childhood sweets? Where does he get his haircut or his dress uniform dry-cleaned? How often does he play basketball with his buddies from flight school?

It’s equally important to give the reader glimpses into the everyday lives—not just the driving purpose—of people who are not the protagonist. How often does the ship’s janitor call his mom? What kind of tea does the admiral prefer? Do different planets—and even different societies on the same planet—eat different foods, celebrate different holidays, and enjoy different forms of entertainment? Depicting slices of the lives of a diverse array of characters is an economical way to make an entire society, rather than just a protagonist, feel real and fully-fleshed.

The history of the world

Lastly, a well-built and convincingly realistic world should come with a sense of history. The setting as the characters experience it should appear three-dimensional and consistent, but additionally, the reader should feel that the world was not always the way it is now. Many novels construct this sense of history through careful, repeated mentions of past wars, dynastic lineage, creation myths, and other such artifacts that indicate the passage of time. Consider layering in subtler details as well: perhaps this pizzeria used to be a barbershop when the protagonist’s grandfather was a young man. Perhaps one can tell the age of a banknote depending on whether it depicts the current monarch or his mother. Perhaps the wizard’s mother speaks a different native language, having immigrated from a foreign land after the last major famine. All of these details cohere to give a story historical depth, and therefore a sense of realism.

There are, of course, many other ways to build realism and encourage suspension of disbelief. These are a few that I have found the most common and effective. Now, go forth and make those fictional worlds shine. 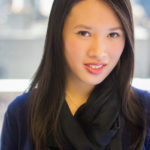 Sarah Guan is an editor of speculative fiction at Erewhon Books, where she helps build a home for groundbreaking, diverse, and beautiful stories. She has previously worked at Ace, DAW, and Orbit, where she worked with acclaimed authors such as Fonda Lee, winner of the World Fantasy and Aurora Awards and finalist for the Nebula and Locus Awards; Tasha Suri, Locus and two-time British Fantasy Awards nominee; Tade Thompson, winner of the Arthur C. Clarke Award and the African Speculative Fiction Society’s inaugural Nommo Award; Kacen Callender, winner of the Stonewall and Lambda Literary Awards; New York Times bestselling author Lilith Saintcrow; and many more.

Sarah loves stories that ask hard questions about issues of sociopolitical change, power and privilege, and the impacts of ideas and technologies. She is always looking for more books about irresistibly interesting protagonists whose stories reveal uncomfortable truths about the world, who are harbingers of change, or whose voices go against the grain of the society they inhabit. Sarah is committed to championing thoughtful books by underrepresented and marginalized voices of all stripes.

Previous Post: « WNDB Launches Emergency Fund for Diverse Creatives in Children’s Publishing
Next Post: Without WNDB, I Would Never Have Written Another Book. Here’s Why. »
Native writers: applications for the 2023 Native C