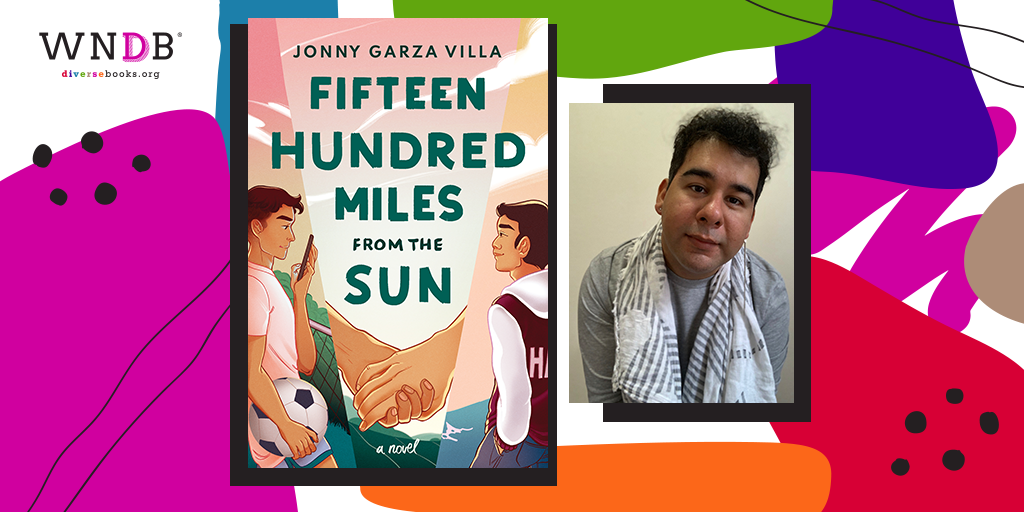 Fifteen Hundred Miles From the Sun by Jonny Garza Villa is on sale now.

The very first words you’ll read when you open my book (besides the title page) is, like in any book, the dedication—

To all the queer brown boys still waiting for their chance to bloom.

In English, those words translate to ‘they wanted to bury us, but they didn’t know that we were seeds.’ It’s a phrase that holds a lot of meaning to me, as a queer Chicane/Mexican American who grew up in a small, conservative, predominately white town in Southeast Texas named for the first President of México. It’s the reminder seventeen-year-old Jonny could have used back then. That all the ways in which I’ve had to bury myself or assimilate, all the ways I’ve had to brush off bullying and harassment in order to survive in a Catholic high school or at home or at church, all the ways in which I presented false representations of myself, all the times I was asked are you gay? growing up and said no as quickly and resolutely as I could, none of it can keep us buried once we’ve been given the chance to bloom and live in beautiful authenticity.

That isn’t to neglect the ways in which all of that defines us, molds us, has a hold over us, and traumatizes us and I want to be cautious and upfront about that. In Fifteen Hundred Miles from the Sun, while the main character, Jules, comes out pretty early in the book, there are still people in his life who don’t get to know. There are people in his life he fears knowing. There are people in his life who loved him one day and question whether they want to be a part of his life the next. He still goes through moments of bullying and abuse even as he has friends, a sister, and a boyfriend who are fiercely devoted to him. Because while we bloom and we grow into ourselves, that doesn’t necessarily mean the world changes with us. We might be that beautiful flower now, but weeds can still exist around us. And so often it’s up to us to act boldly and courageously and create an environment that allows us to live our best lives, as difficult as that can be.

This can come with some real difficulties growing up queer and Mexican American. In a society that can be socially conservative, is very religious, and holds so tightly to being devoted to one’s family, even when they’re not good for you, coming out and queerness can often be a long, rough process to acceptance or even just tolerance, is often kept quiet, and, at worst, can be cause for rejection. Especially through the male/AMAB experience, so many of us are raised to believe in and hold to heart these opinions on gender and manhood and what boys can and can’t be or like or want or aspire to that are so deeply embedded into our culture. 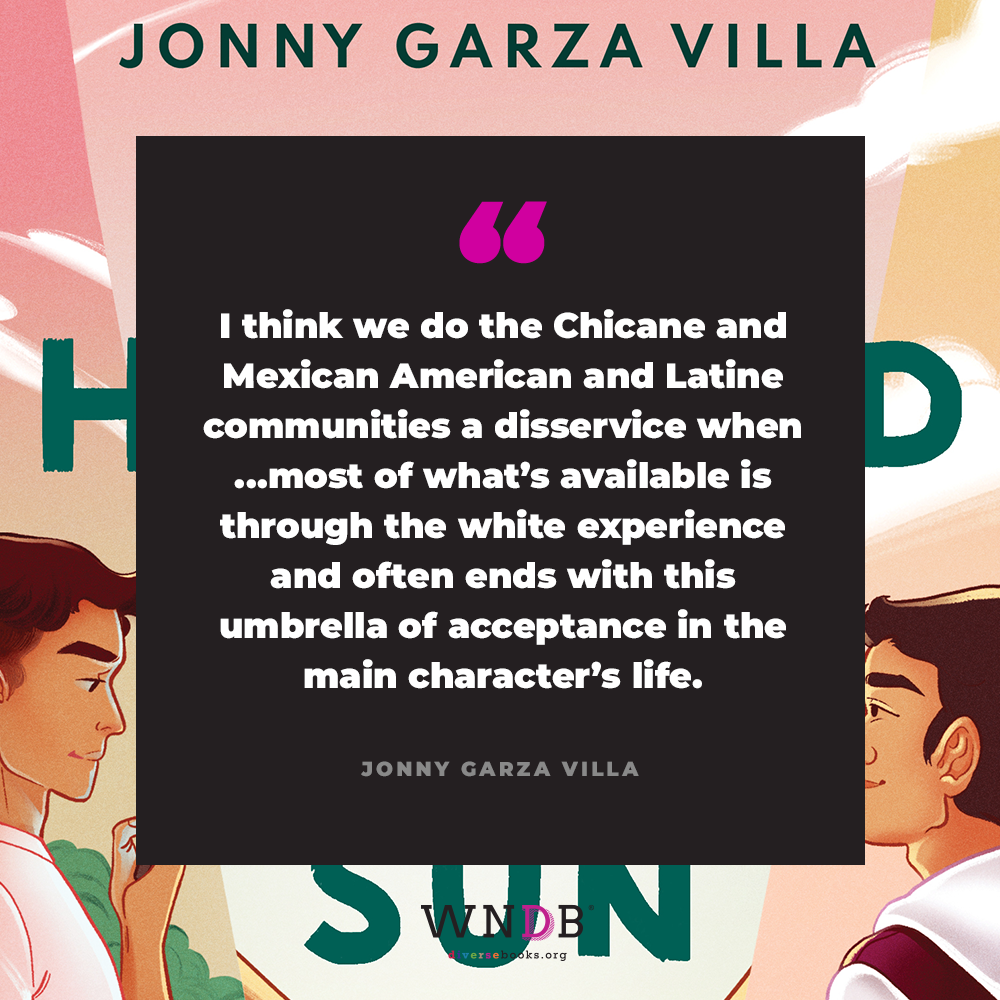 I’ve said this in probably every single interview I’ve done since Fifteen Hundred Miles from the Sun has existed but here it is again. Whenever I’m asked what the initial inspiration for my book was, the answer is always the same: Reading the incredible Simon Vs. the Homo Sapiens Agenda and then seeing Love, Simon, and the question of “What would Simon Spier’s journey look like if he were more like me? If he were some gay, Mexican American kid growing up in South Texas? What if he didn’t have Jennifer Garner telling him, ‘You get to breathe now?’”

Because it would be very different. Julián Luna’s journey is different from Simon’s. And I think we do the Chicane and Mexican American and Latine communities a disservice when the most prominent young adult coming out novel is one that takes place in the eighties. When most of what’s available is through the white experience and often ends with this umbrella of acceptance in the main character’s life. It’s important that we’re upfront with the fact that we haven’t, as a society, moved past the need for coming out. We haven’t moved past homophobia. We haven’t moved past shitty, intolerant parents, homes, and environments. We’re not some idealistic, queer utopia because RuPaul’s Drag Race exists. And we only need to remember the lives of boys who are no longer with us like Gabriel Fernandez and Anthony Avalos and Nigel Shelby to know this is true.

That dedication is for all of us who are too familiar with Jules’s journey. I wrote this book for my community. For those of us who live these beautiful identities. Because they are. Being queer is beautiful. Being Mexican is beautiful. Having the privilege to celebrate those identities and love those parts of us is an incredible experience. But they also present unique challenges and experiences. Being queer in a Mexican American household with the constraints of machismo thinking heavy on our shoulders as we just try to exist is exhausting on our soul. Being Mexican in a community, a state, a country, that loves to enjoy our food and drink margaritas, while also loving not thinking about our people picking their produce and degrading our humanity is exhausting on our soul.

Our experiences are complex, and I think we deserve more in literature that sees this, respects this, and allows us to speak on that. We deserve to be more than the white main character’s loud, humorous sidekick friend who peppers in Spanish for diversity points. We deserve to be more than some white main character’s love interest just so an author can slap an inclusivity sticker on their book cover.

And with that said, lastly, that dedication serves as a very loud subtweet at publishing. That the future of literature must include us. Books about us by us. And that I am going to push for the stories our community deserves to see and have and consume. That whatever career I have in telling stories is because of my community, so I’m going to keep writing about our beauty and our struggle, the good, the bad, the wonders of it all, and its ugly parts for as long as there’s a story in my head demanding to be told.

And I can’t wait to share those stories with y’all. 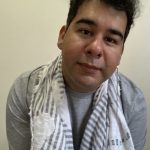 Jonny Garza Villa is a product of the great state of Texas, born and raised along the Gulf Coast, and a decade-long resident of San Antonio. Jonny is an author of contemporary young adult fiction that maintains a brand of being proudly Latinx, and the most queer, and embracing the power and beauty of the chaotic gay. Fifteen Hundred Miles from the Sun is their debut novel. For more information, visit www.jonnygarzavilla.com.

Previous Post: « Q&A With Katie Zhao, How We Fall Apart
Next Post: How To Make Disability Justice a Classroom Priority »
WNDB is pleased to announce our 2022 mentees! Thes