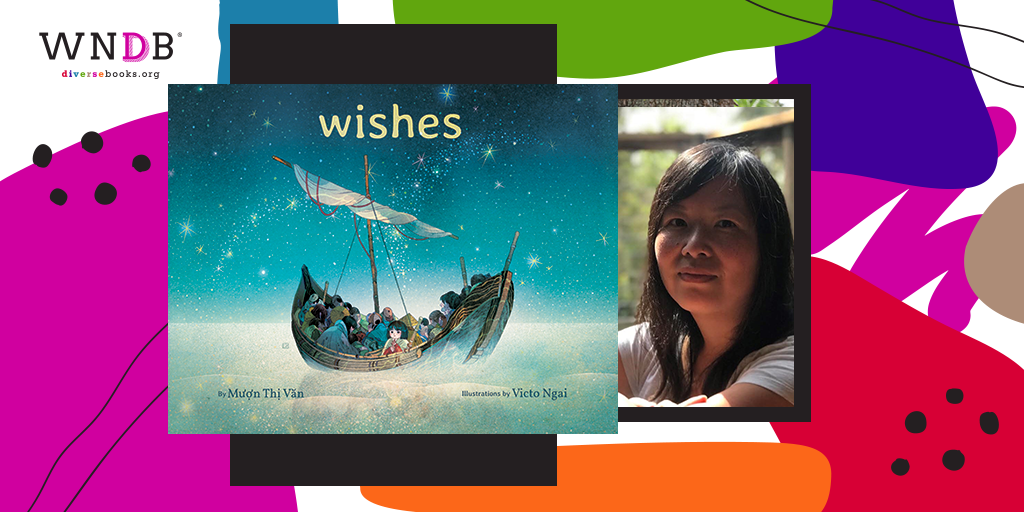 Wishes is a story that I have always wanted—and needed—to tell. Thanks to Victo Ngai and the incredible team at Scholastic, I am finally able to tell this story, as honestly and as directly as I can.

I wrote this story after the Muslim travel ban went into effect in 2017, a ban that has now put the lives of many thousands of refugees in limbo. Many Americans were outraged and saddened by this ban when it was first announced. But there were many others who supported it or who were indifferent to it, and who were very suspicious of all migrants in general.

Because of this, I wanted to write a story where the reader could see and feel the story from the inside—from inside a family of refugees, and from inside the heart of a refugee. The result is Wishes, which is inspired by my family’s own story.

When I was born in the early ‘80s, my family was already in hiding. My father was wanted by the new Vietnamese government for having served on the losing side of a long and brutal civil war. We were in hiding because we were worried that my father would be captured, imprisoned, and possibly killed.

Less than a year after I was born, my family made our way back to our village on the central coast. We stayed in a house close to the beach and my mother and her family began preparing for a secret escape to Hong Kong.

Almost no one knew we were leaving until the moment we left. We used my grandfather’s fishing boat for the journey, but we couldn’t tell anyone else about our plans because the boat would have sunk under the weight of everyone who was desperate to leave. 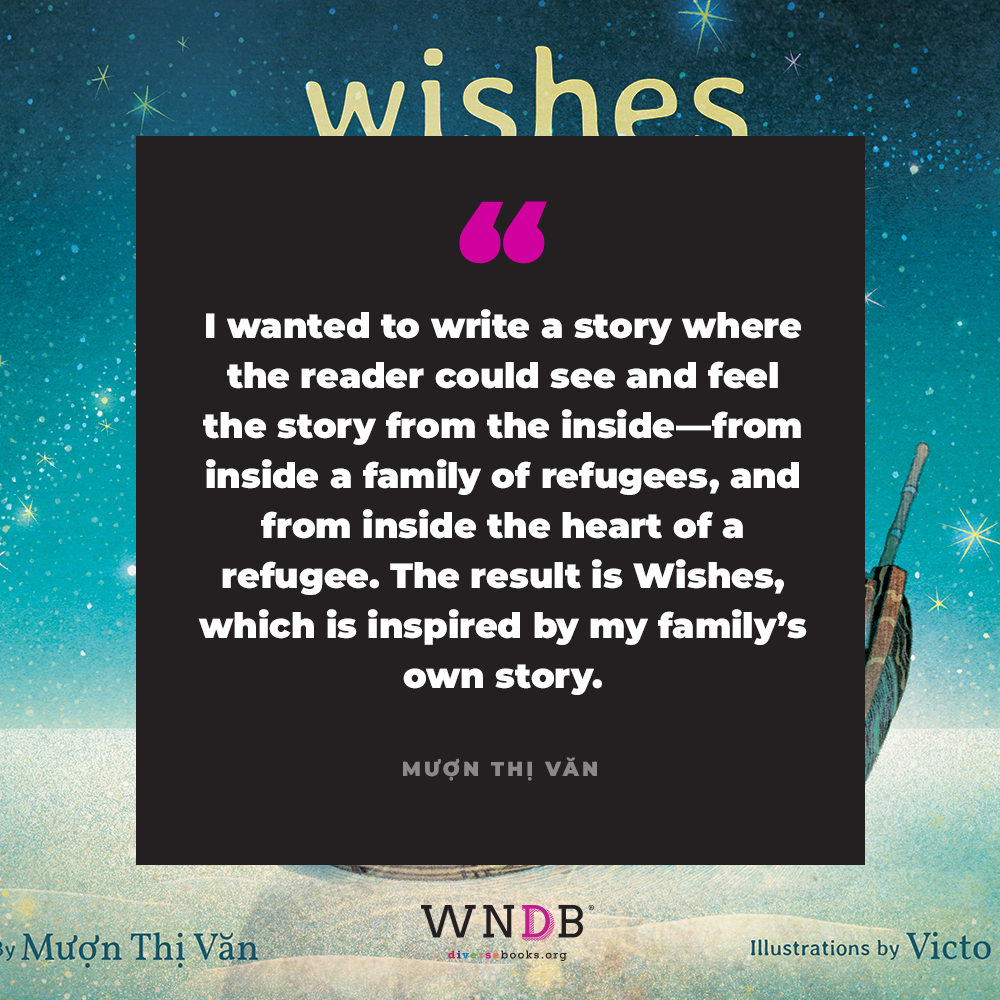 Like many other refugees, we braved violent storms, we braved the scorching sun, but worst of all, we braved terrible heartaches. Every one of the 22 passengers aboard our boat left behind many beloved family members and friends. Some we never saw again, including both of my surviving grandparents.

Yet we were lucky because no one died on our weeks-long voyage. We almost perished in a terrible storm but we didn’t. We survived. Some of my relatives were not as fortunate; while taking the same route around the same time, some of them lost young children along the way.

However, my family’s story is not unique. It is told, again and again, every day, around the world. The UN estimates that right now, more than 80 million people have been forcibly displaced from their homes. Of those, an estimated 30-34 million are children below the age of 18. And that number is even greater when you count all those who desperately wish that they could find a new home, regardless of the reason.

I hope this book will remind every reader of our common humanity. I hope that for young readers, in particular, it will help open that young reader’s heart, a heart which is still full of love and generosity, a heart that is still a stranger to phrases like, “Go back” and “You don’t belong here.”

I hope readers recognize that Wishes is a slice of a much larger story. The story doesn’t begin on the first page and it doesn’t end on the last page. What does the next part of the story look like and what role do we, the readers, play in that? Even though our country is not the same as it was four years ago, and even though our government leaders are not the same ones, change and advocacy for change are still needed.

Mượn Thị Văn loves to read books of all shapes and sizes. She first began reading yellow-spined hardbacks about a certain girl detective before graduating to longer novels and then picture books (it’s true, she doesn’t remember reading picture books as a young child). So few books reflected her formative experiences, though, that she desired to bring new and different stories into the world. From her New York Times acclaimed debut, In a Village by the Sea, illustrated by April Chu, Mượn’s books have received many distinctions, including a Northern California Book Award, a Golden Kite Award, a New York Public Library Best Book, a Kirkus Reviews Best Book, and an Irma Black Honor Award. When she’s not writing, Mượn likes to roam the forests of California with her family.

Previous Post: « The Truth Behind Toxic Friendship
Next Post: How Librarians and Teachers Can Cultivate Diverse Books That Go Beyond the Trauma Experience »
LAST CALL for WNDB 2023 Internship Grant Partners!