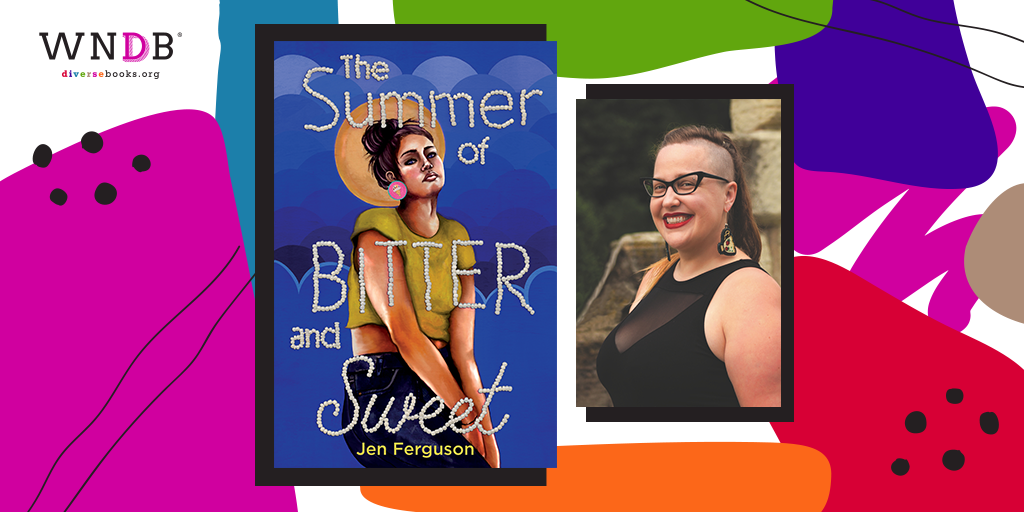 We previously revealed the cover for The Summer of Bitter and Sweet by Jen Ferguson here. The book is available now.

Jen Ferguson’s debut young adult novel The Summer of Bitter and Sweet delivers exactly what it promises to deliver. It is a delightfully sweet tale of love (romantic, familial, and platonic) along with a painfully bitter story covering intergenerational trauma, anti-Indigenous racism, and all the ways being a teenager is harder when you’re not a cishet white teenager.

“I didn’t think I could pull off both a cute summer romance between two BIPOC teens and also tell the kind of story I’m predisposed to tell: stories that are dark, that look at real traumas, that ask complicated questions about identity, that refuse to simplify anything because the world isn’t that way,” Jen said of her book. “But I really do think this novel serves up a summer of bitter and the sweet, that it’s balanced.”

I was honored to have a chance to read an early copy of the book and it was one of those stories that reminded me that while it is true that the world is often very sucky, it is also true that stories have the power to fight against injustice. Which makes sense, considering Jen is an author who believes the creation of art to be a political act.

“All art is contextual and all art speaks to the experience of being human, to the human condition,” Jen said. “In a world where human rights for all is not the accepted, practiced, and celebrated baseline, art reminds us how we live in bodies, and how our bodies experience the world, including its many flawed systems.”

In addition to viewing writing as being political, Jen holds the same view of beading (another art form) and teaching.

“Teaching isn’t about indoctrination as much as certain people want you to believe,” Jen said. “What I mean is that as a teacher my job is to help students think beyond their own experience and by doing so, to consider how systems of power work broadly, how power is distributed and why it’s distributed that way. And yes, I teach creative writing, I teach art—but creative writing, and stories, are about how we experience our humanity, and how we experience our humanity must engage with the world around us. That’s political. And will remain so until human rights exist for all of us, until LGBTQIA+ books aren’t challenged and banned, until equity is practiced and reaffirmed everywhere, until we don’t need organizations like We Need Diverse Books, Lambda Legal, or Indigenous Vision.” 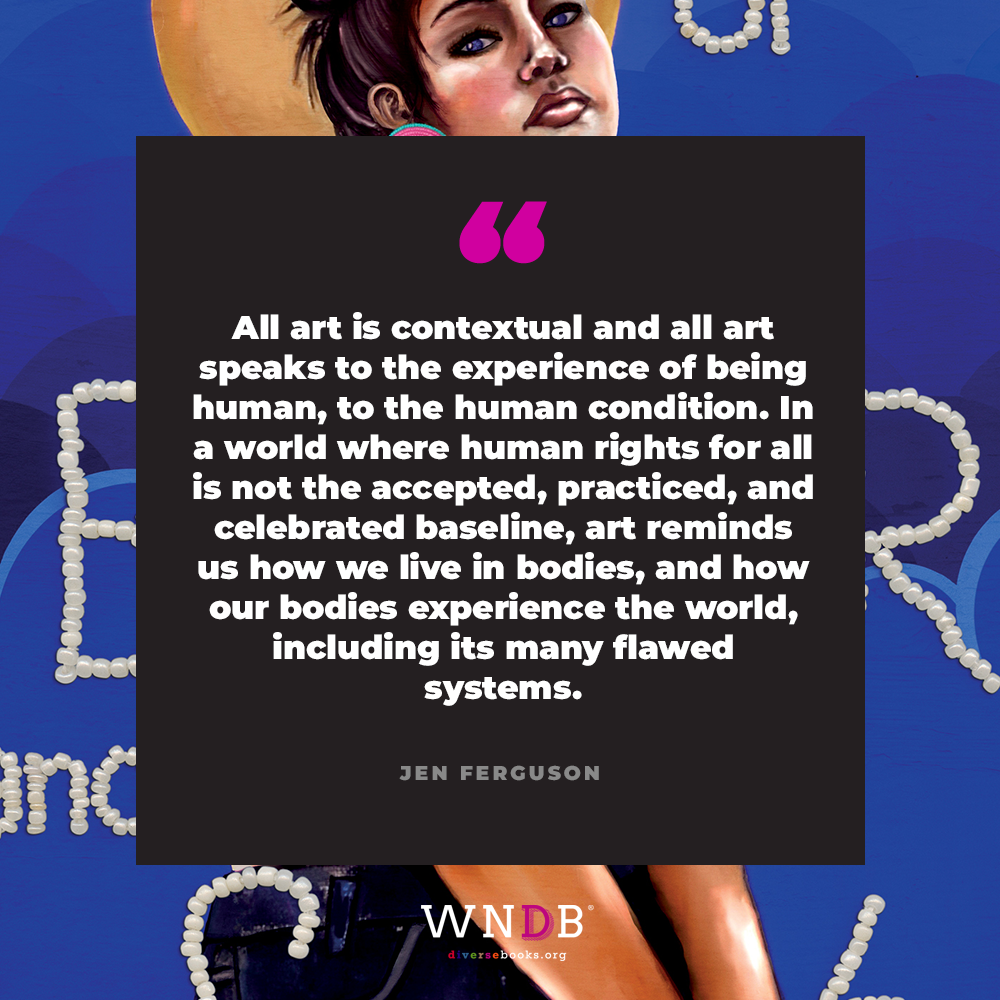 Jen said her journey to find an agent was “typical” in that it involved writing several books and racking up countless rejections, including some that included positive words from the rejecting agent. Once she did sign with an agent, her submission journey—the process of sending her book to editors and signing a contract with one—was much smoother.

“So the challenging process wasn’t really about The Summer of Bitter and Sweet at all,” she said. “Rather it was about persevering through all the rejections that came before.”

Jen writes not because she wants to, she said, pointing out how absolutely hard and emotionally draining writing can be. She said she writes because it’s a calling, because it’s what she’s meant to do.

“Whatever you believe in, whether it’s God or the universe or fate or Creator, something is calling me to be a storyteller,” she said. “Because stories are words on a page, or a voice speaking, singing, or signing in somebody’s kitchen, around a firepit, in all the places where stories live. They are concrete in ways, but they are also magic. And the storyteller has immense power, an obligation to stories and to readers and listeners. I’m driven to tell stories, to be a storyteller, to use my power well, and to offer readers a little of my story magics. It’s not something that I’ve consciously chosen, but something that claimed me.”

Jen recommended the 22Debuts website, which hosts information on a large number of 2022 debuts in a number of age categories and genres, as a way to find more stories that will move people and make them feel seen and/or inspired.

She also shared some advice for aspiring authors, harking back to her own turbulent journey in the “querying trenches” and urging perseverance.

“Take care of yourself so that you can keep persevering through the rejections,” she said. “Yes, there are unicorn authors out there who get an agent fast-fast and sell fast-faster. But most of us are not unicorns. And so we need to take care of our hearts and bodies in order to face the very common, very normal, very frequent rejections that are a part of this business. Also, practice radical kindness. For yourself, for others.”

Jen Ferguson is Michif/Métis and white, an activist, an intersectional feminist, an auntie, and an accomplice armed with a PhD in English and creative writing. Her favorite ice-cream flavor is mint chocolate chip. Visit her online at www.jenfergusonwrites.com.

Previous Post: « Cover Reveal for Holding Her Own by Traci N. Todd, illustrated by Shannon Wright
Next Post: Introducing World of Stories »
Applications are open for Literary Agents of Chang