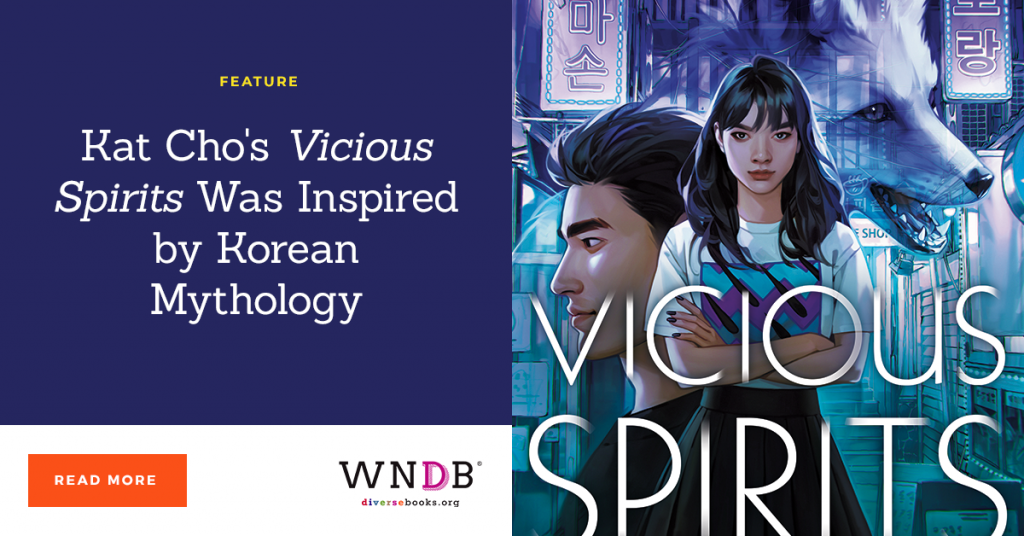 Kat Cho’s sophomore novel, Vicious Spirits, was something of an exercise in writing melodramatically, inspired by the K-dramas and soap operas Cho herself grew up with.

Cho said K-dramas embrace story types that tend to fit well into the coming-of-age style of stories so often told in young adult books, and that “there are just really fun melodramatic tropes to play with that I wanted to play around with to create tension in the story (e.g. lovers being separated by circumstances beyond their control; struggling with family expectations).”

Cho said she loved exploring relationships in the book, delving into the intensity of human emotion as well as writing friendships in the story.

“I think that friends in YA novels are actually really important and I wanted to be able to focus on that with some of the integral scenes in both books,” she said. “Also all the food I included. I am very food motivated.”

Additional inspiration for her novels comes from creatures from Korean mythology.

Vicious Spirits is the follow-up to Cho’s debut Wicked Fox, about a gumiho—a nine-tailed fox who can become a beautiful girl in order to devour men’s energy.

“[It] was such interesting and fascinating imagery to me and a very well-known story in Korea,” Cho said of the gumiho. “But it wasn’t very well-known in the west, which was so sad, because it’s such a fun legend.”

In Vicious Spirits, Cho introduced two other mythological creatures from Korean lore: The dokkaebi, a Korean goblin, as well as the jeoseung saja, a Korean reaper.

“Both of these figures are foreboding and ominous,” Cho said. “And all three of the mythical creatures are seen in a very specific light. But I wanted to kind of turn that on its head (kind of like how people do with vampires) and imagine what it would be like to live in our modern world for these paranormal figures.”

Cho also explained that she wrote her duology out of love for Korea, specifically Seoul, and that she hopes they provide fun and enjoyment to everyone who picks them up.

“Vicious Spirits and Wicked Fox are both kind of like my love letters to Seoul and my Korean heritage,” she told We Need Diverse Books. “I tried to incorporate things in them directly from my memories from my time living and studying there. But I also wanted them to just be fun, escapist entertainment. I hope that everyone finds something that makes them laugh or feel or explore more in the books!”

Cho began her writing life as a young girl, encouraged by her older sister, who helped her write continuations of her favorite picture books when the series would end (one that stands out to Cho was about a baby unicorn and a baby dragon who become friends and embark on adventures!)

“And I would write stories starring me and my best friends that were heavily inspired by chapter books I loved,” she added. “I just never saw stories that had main characters that mirrored my childhood, including my Korean culture. So I just took stories I loved and reimagined them with a Korean American main character.”

When she began pursuing publication seriously, it was a given that Cho would include characters that looked like her and reflected her background, as she had already been practicing that in her prior writing.

Cho’s novels are young adult, and she said she’s drawn to writing for young readers because there’s something special about the age where people are finding themselves for the first time. She added that we are constantly in a loop of re-finding and rediscovering core aspects of who we are, but “the first time is always the most special.”

“It’s when we’re experiencing so many things for the first time too,” Cho added. “We might find our first loves, but we also might have our first heartbreak. And to write about those times and emotions are both nostalgic to me as a writer, but also so meaningful because I think sometimes we don’t give young people enough credit for all the things they can and do achieve.”

In addition to being an author, Cho is a co-host of the Write or Die podcast, along with author Claribel A. Ortega. The podcast was originally started by Ortega as a way to prove to Cho that she wasn’t alone in her submission woes, Cho said, and has since grown so it’s in its third season and consists of interviews with authors and honest, frank conversations between Cho and Ortega about the goings-on in publishing.

“It’s sometimes hard to talk about writing and publishing on social media because there’s such limited space, the feed moves so quickly, and some of the apps lack nuance,” Cho said. “So to be able to take our time and really discuss, in-depth, the current events in publishing and talk about the journey to publication has been great.”

Many of the authors brought on the show are from marginalized backgrounds, be that race, sexuality, disability, and more. Cho said that is intentional: “Claribel and I also want to make sure we’re using the platform Write or Die gives us to highlight underrepresented voices,” she said. “And it has been such an honor to be able to speak to so many amazing diverse creators.”

In addition, Cho has recently read and loved We are Not Free by Traci Chee: “It is a beautifully written historical novel about the incarceration of Japanese Americans during World War II.”

Finally, a book that she truly enjoyed was Bethany C. Morrow’s A Song Below Water, of which Cho said, “So many really important topics were discussed and addressed through this fantasy world including racism and sisterhood. I’d recommend it to anyone whether they like contemporary or fantasy.”

Vicious Spirits by Kat Cho, the sequel to Wicked Fox, is on sale now. Purchase the book here! 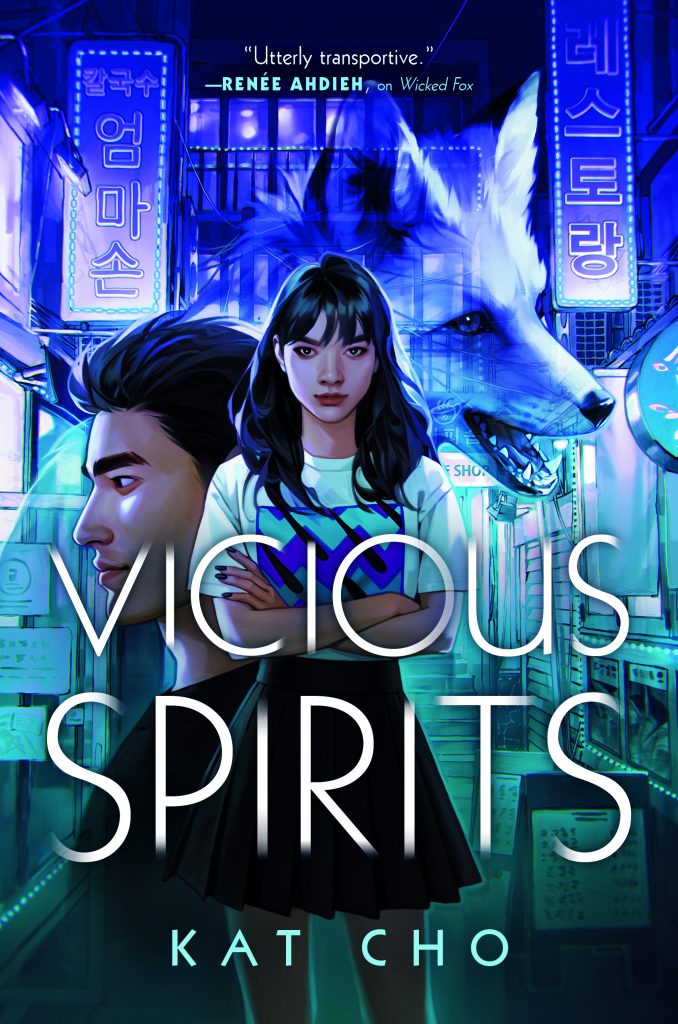 After the events of Wicked Fox, Somin is ready to help her friends pick up the pieces of their broken lives and heal. But Jihoon is still grieving the loss of his grandmother, and Miyoung is distant as she grieves over her mother’s death and learns to live without her fox bead. The only one who seems ready to move forward is their not-so-favorite dokkaebi, Junu.Somin and Junu didn’t exactly hit it off when they first met. Somin thought he was an arrogant self-serving, conman. Junu was, at first, amused by her hostility toward him until he found himself inexplicably drawn to her. Somin couldn’t deny the heat of their attraction. But as the two try to figure out what could be between them, they discover their troubles aren’t over after all. The loss of Miyoung’s fox bead has caused a tear between the world of the living and the world of the dead, and ghosts are suddenly flooding the streets of Seoul. The only way to repair the breach is to find the missing fox bead or for Miyoung to pay with her life. With few options remaining, Junu has an idea but it might require the ultimate sacrifice. In usual fashion, Somin may have a thing or two to say about that.

Previous Post: « Q&A With Cerrie Burnell, I Am Not a Label
Next Post: How Young Adult Literature Can Help Biracial Teens Find Themselves »
Save the date for the #WalterAwards23! You can now