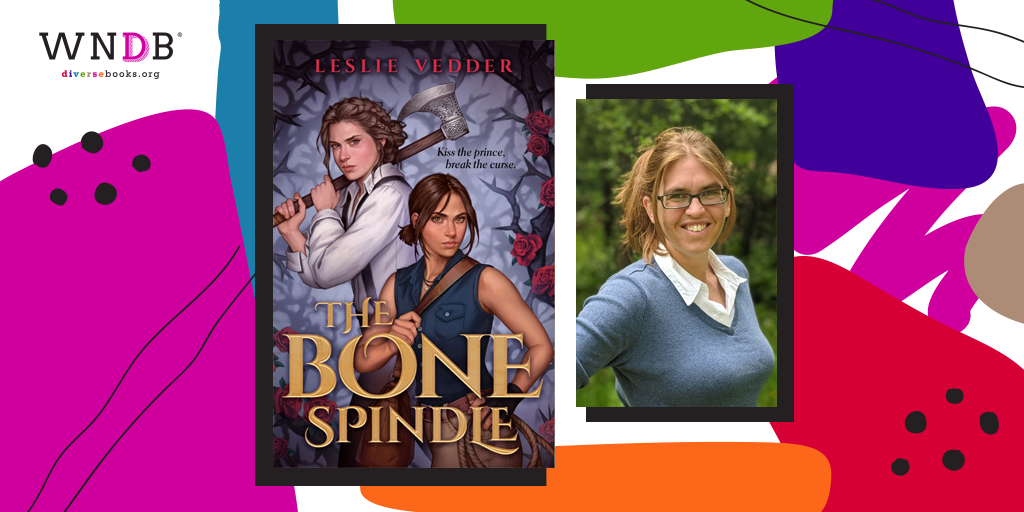 Debut Author Leslie Vedder on The Books and Tropes She Loves

When Leslie Vedder was a young child, her father used to read fantasy books aloud to her. When he came to The Hobbit, Leslie says, she thought hobbits were “some sort of rabbit-creature,” and that’s why her childhood illustrations of the story are filled with rabbit-like animals going on adventures.

It’s not surprising, then, that Leslie grew up to be a writer. She described her childhood self as “a little bit of a loner, little bit of a nerd,” and said that books and their protagonists were her friends, and gave her courage and confidence in a scary world. From there, it’s natural to dive into creating your own worlds as well.

When Leslie and her high school sweetheart, who’s now her wife, were in school, the two of them used to write fanfiction for each other—of real-life people populating their school’s halls. She writes now because she falls in love with characters.

“I get so attached to characters I hear their voices in my head,” Leslie said. “I want their stories, I want to laugh and cry [with them].”

Leslie’s debut is The Bone Spindle, pitched as a genderbent take on Sleeping Beauty (in which Briar Rose is a cursed prince) mixed with Indiana Jones, featuring two adventurous girls, the aforementioned cursed prince, a queer love story, and adventure and magic galore. One of the challenges of writing the book, of course, was nailing that Indiana Jones treasure-hunting vibe in a written medium.

“I wanted to do a Sleeping Beauty story,” Leslie said of her inspiration for her debut, out Jan. 11, 2022. She has a deep and abiding love of fairy-tale retellings, too, and of stories centering fierce female friendships. The Bone Spindle has all of the above, as well as one of those friendships that starts out with a “what can I use you for” vibe and ends with a “I would literally die for you” vibe.

Leslie loves retellings, specifically fairy tale retellings, because of the chance they give her to play around in an existing world but change up key elements.

“​​They can be familiar and brand-new all at once,” she said. “[There’s] nostalgia, [seeing these tales] that you know and love but in a totally new way.”

And because these fairy tales are so well-worn, there’s not one “original” version to play off of. Instead, there are myriad tales floating around with similar elements and themes, and Leslie said it’s fun to choose which Easter eggs to throw in the story and when.

The Bone Spindle is a young adult novel, and Leslie said she’s writing in part for her teenage self, the one who loved stories with everything in her and would have loved to see herself on page.

“As a teen, I loved things with my whole heart,” she recalled. “[I had] big giant feelings inside of me for these books and I’ve never forgotten those ones.”

Leslie described the process of writing the romances in her debut as “fun and electric,” and grinned as she shared about the two main characters and their separate love stories. She also smiled as she shared that one of the best parts of the drafting process was brainstorming with her wife, with whom she would go on long walks and just untangle the story.

When it comes to aspiring authors, Leslie is encouraging. She says writers should write the book “of their heart,” and shared that as a teen she was “extremely confused” and would have been delighted to see more queer representation in books on shelves.

“It would have meant the world to me to see all kinds of stories, just see what was out there,” she said. “I didn’t know what the possibilities were.”

Lately, Leslie has read some other great books, and took a moment to share some of her favorite recent reads. These books are releasing in 2022, and for most of them, there’s still time to pre-order. Leslie highly recommended One For All by Lillie Lainoff, a genderbent Three Musketeers retelling with “a fierce heroine with POTS, sisterhood, [and] spying in ballgowns.”

Leslie also chatted about Dauntless by Elisa A. Bonnin, a Filipino-inspired fantasy with “the most gripping action scenes,” as well as Akshaya Raman’s The Ivory Key, a story about four royal siblings engaged in a giant treasure hunt. 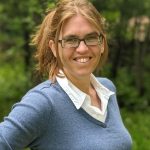 Leslie Vedder is a YA author who loves girl heroes and adventurers. She grew up on fantasy books, anime, fanfiction, and the Lord of the Rings movies, and met her true love in high school choir. She graduated from San Francisco State University with a B.A. in creative writing, and currently lives in Colorado with her wife and two spoiled house cats.

Previous Post: « Q&A With Rachel Roasek, Love Somebody
Next Post: Q&A With Jason Reynolds and Jason Griffin, Ain’t Burned All the Bright »