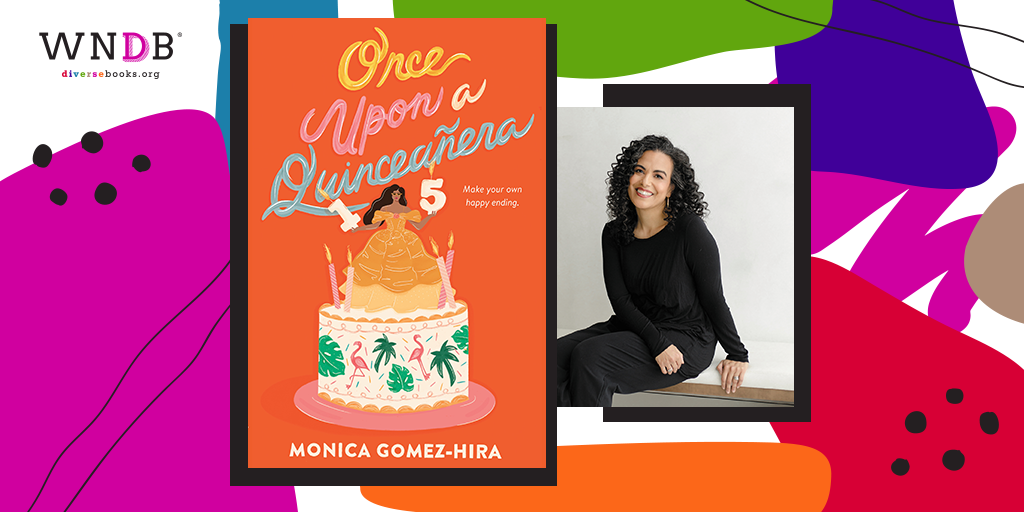 Once Upon a Quinceañera by Monica Gomez-Hira is out now. Order it here!

The first language I ever learned to speak was Spanish—the language that my family brought with them when they moved to the United States from Colombia. It was the tie to everything that they still knew, and they eyed English uneasily, unsure of their ability to pick up the language, which sounded harsh to their ears.

My parents and siblings were all born and raised in Colombia; I was the only one who was born here in the United States. I was, as my parents were so proud to claim, a “true” American.

My mami had me watch Sesame Street and Electric Company every single day, making sure that the fact that no one in the house spoke English yet wouldn’t hold me back when it was time for me to start school.  Since we only had one television at the time, I can safely say that Oscar the Grouch and Big Bird taught my entire family the beginnings of English.

As I got older, language evolved within my family. We started speaking a variation commonly known as Spanglish, a way to stake our claim to both places. But while my parents and siblings continued to have a perfect command of their Spanish, mine started to warp around the edges. I could understand their stories of the past, of home, but I couldn’t necessarily respond fluently. A further reminder that they shared something that I didn’t.  And it made me feel like an outsider in my own family.

Still, though, the sound of Spanish wove itself through every one of my days—blaring salsa from the little radio my mother kept in the kitchen, being shrieked by one of the many wronged lovers on the telenovelas that my family would stop time to watch. By then, I was way too cool to watch these shows. I rolled my eyes at the histrionics and the ancestral feuds over la finca. I would tell my parents they should watch more shows in English, and they would roll their eyes right back at me. English is for work, they would tell me. Official things. Spanish was for fun, and anyway, didn’t I notice that I was losing my Spanish?

I did. But I didn’t want to admit it to them.

Those telenovelas weren’t me. But I couldn’t necessarily see myself in books I was reading, either. Books about characters that, if I’m honest, weren’t that different from the ones on the telenovelas my parents loved. Rich people who lived in suburban ramblers when they didn’t live in actual mansions. The families that weren’t titled (I did love a Regency romance) were headed by doctors and nurses, teachers and accountants. My parents were factory workers. I was always aware that a part of my language felt borrowed—so many words that I’d absorbed from books but I’d never heard pronounced. And any one of those words felt like it would give away that, despite my parents’ fondest wish for me, I didn’t really fully belong. 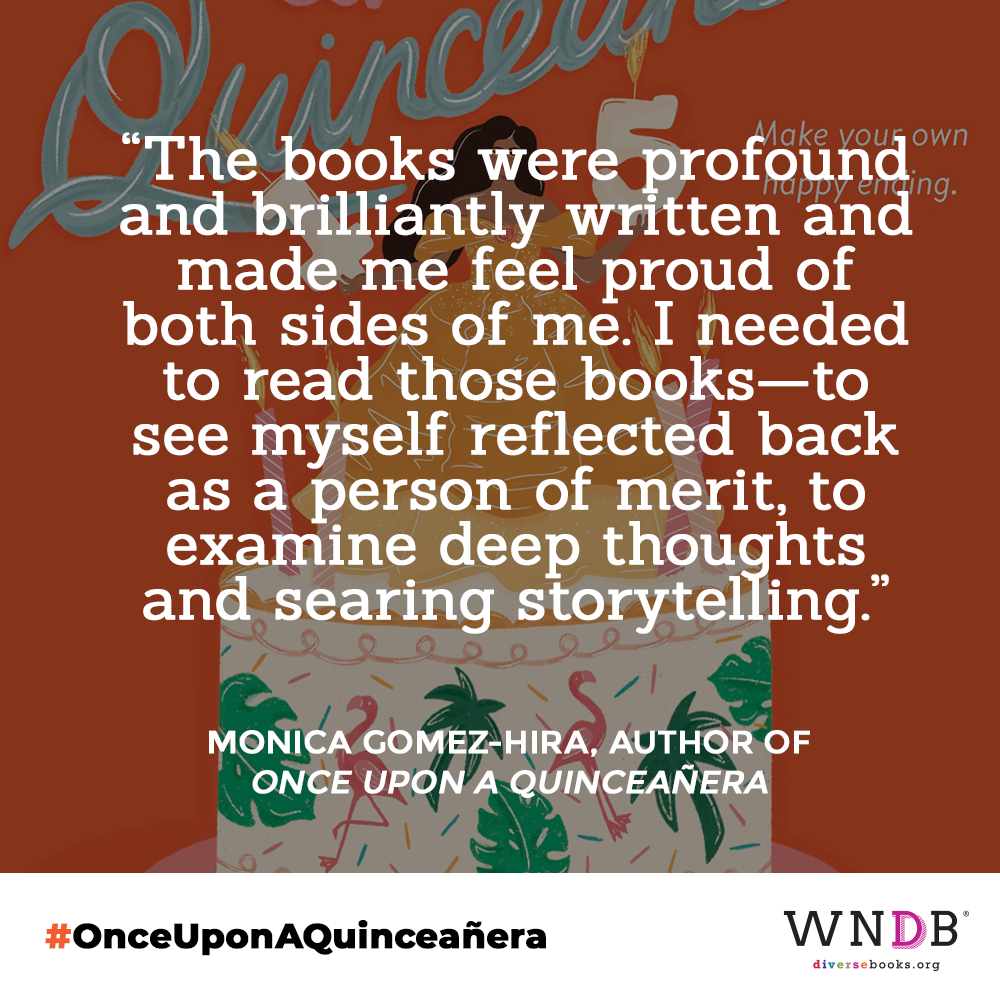 It wasn’t until I was much older that I started reading books by Latinx writers who had grown up in the United States or had moved here at a young age. People like Julia Alvarez and Esmeralda Santiago and Meg Medina. They offered a third way, a way I already knew but hadn’t ever considered legitimate: Spanglish. A way to join both sides, to merge both worlds. And, for the first time, I saw how that could also be beautiful.

The books were profound and brilliantly written and made me feel proud of both sides of me. I needed to read those books—to see myself reflected back as a person of merit, to examine deep thoughts and searing storytelling.

As time went on, the languages between my family and I met in the middle. I wasn’t the only American anymore. We all were. And being American meant that we didn’t have to choose anymore—we could celebrate our quinceañeras side by side with Sweet Sixteens, we could watch La Reina del Norte and then turn to General Hospital or The Office. And I could write a book like Once Upon a Quinceañera, where a girl who grew up in an urban area speaking Spanglish could be at the center of the kind of love story that celebrated both sides of her.

Y quien quiere more than that?

Monica Gomez-Hira is the daughter of Colombian immigrant parents, the wife of an Indian immigrant, the mother of a half Latina/half Indian daughter, and the quintessential Jersey girl who loves her salsa as much as her Springsteen. After getting her BA in English at Wellesley College, Monica spent most of her professional life surrounded by books, and the people who love them. She began her career working for literary agencies, moved to publicity and editorial at Simon & Schuster and Random House, and most recently was a Children’s Lead at Barnes & Noble. She lives with her family in Minneapolis, MN. Once Upon a Quinceañera is her first novel.

Previous Post: « Q&A With Auriane Desombre, Author of I Think I Love You
Next Post: Sophie Gonzales Was Inspired by Attachment Styles for Perfect on Paper »