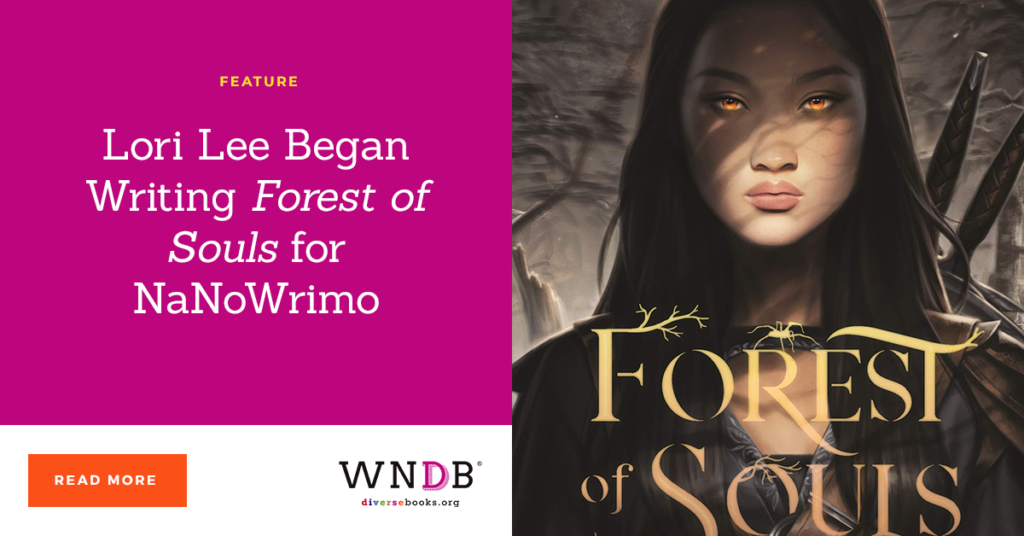 Lori M. Lee is the author of Forest of Souls, the June 2020 fantasy about a girl who brings her best friend back to life and is summoned to an ancient wood to tame the long-dead souls which inhabit the trees.

In addition to being a writer, Lee is also a self-proclaimed TV binge-watcher— she said that her current binge is The Untamed, a Chinese drama which, she declared, “I’m obsessed with. It’s so good.”

Lee shared that she began Forest of Souls for National Novel Writing Month (NaNoWriMo) in 2014, saying with a laugh, “It’s actually been so long since I wrote that first draft that I don’t remember the initial spark for the idea.”

What she does remember is that she always wanted to write a good female friendship, one that “wasn’t superficial, that wasn’t torn apart for petty reasons, and to just really showcase a friendship between girls that wasn’t built on competition, but that was built on support, and love, and loyalty.”

That central friendship is between Sirscha and Saengo, who share a deep bond even before Sirscha somehow brings Saengo back from the dead.

Lee shared that her culture, the Hmong culture, didn’t have a written language until the mid 1900s, but even after that the practice of oral storytelling continued strong. As a child, Lee’s mother and older brother told her stories, usually involving ghosts or tigers or vengeful spirits.

“I loved the supernatural and fantasy aspects of the stories, it’s actually one of my most cherished childhood memories,” she said. “They instilled in me a love of stories and storytelling and the way that a story can pull you in and expand your awareness of the world around you.”

She discovered at a young age that she could write and tell her own stories, which began as a form of escapism. “Outside of Hmong folktales, there was almost no Asian representation in the stories and media I consumed,” Lee said. “Fantasy was my favorite genre, but I could never find where I belonged in fantasy.”

Through writing, Lee found a way to insert herself into stories and media, but, she said, she rewrote herself to fit into the worlds she was already seeing, rather than shaping the worlds to her own experience.

“I absorbed this harmful narrative that this is what fantasy is, and if I wanted to write a story worth telling, then this is what I had to write.” Lee said. “So I wrote myself as white, and I wrote fantasy stories filled with the stereotypical medieval western fantasy characters and creatures I read about, cause that’s what I thought I had to do.”

Forest of Souls, which combines Western medieval tropes with elements of Hmong culture, including Hmong shamanism and the ability of shamans to summon spirit familiars, is a better reflection of who Lee is than if she had chosen to write just one aspect or the other, she said.

“Forest of Souls is like my love letter to my younger self,” Lee said. “It’s the kind of book I needed to read when I was a kid who believed that I would never have a place in these stories and that I didn’t get to have the hero’s journey or happily ever after because I didn’t fit the mold.

“If I’d read a book like this when I was a kid, I think it would have gone a long way toward dismantling the self-hatred a lot sooner,” she added. “And to show that Asian diaspora teens have as much a place in mainstream fantasy as anyone else.”

Lee explained that over the course of writing and rewriting the book, she often had to “kill her darlings,” making edits to areas in the story that were particularly close to her heart.

“I had to rewrite a ton of scenes in the second and third acts of the book, and having to let go of that much work, work that I’ve literally spent years working on —was really hard, but I’m really glad I did because I truly believe it became the book it was meant to be,” she said. “Ashley, my editor, she’s phenomenal, and she helped me find the heart of the book. It would not be what it is without her.”

In addition to working on the sequel to Forest of Souls, Lee is working on another book—one she can’t say much about, but she was able to share that it’s a contemporary fantasy into which she’s poured more of herself than any other project.

A book Lee highly recommends is We are Not Free by Traci Chee, a multi-POV story about Japanese internment in America — “I described it as a literary gut punch, it’s painful and honest…and threaded with hope and love.”

In addition, she highly recommended The Princess Will Save You by Sarah Henning, saying of the gender-flipped retelling of The Princess Bride, “it’s really political, it’s an epic fantasy, it’s feminist, and the world-building is really amazing. It’s just so good.” 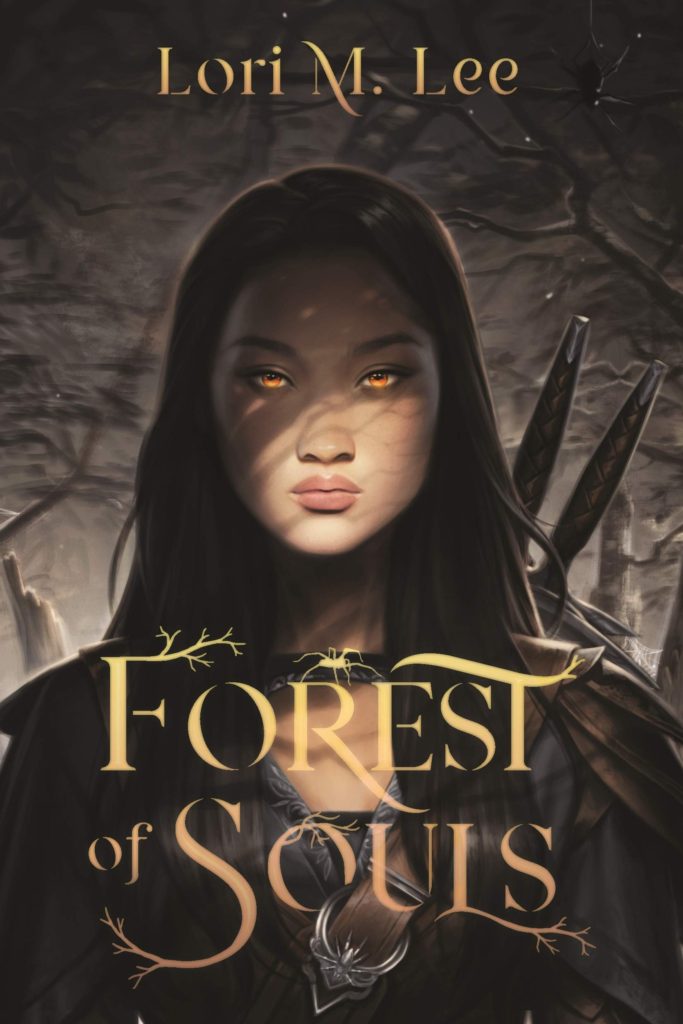 Previous Post: « Q&A and Exclusive Look at A Thief Among the Trees: An Ember in the Ashes Graphic Novel
Next Post: Q&A With Lucas Rocha, Where We Go From Here »
LAST CALL for WNDB 2023 Internship Grant Partners!