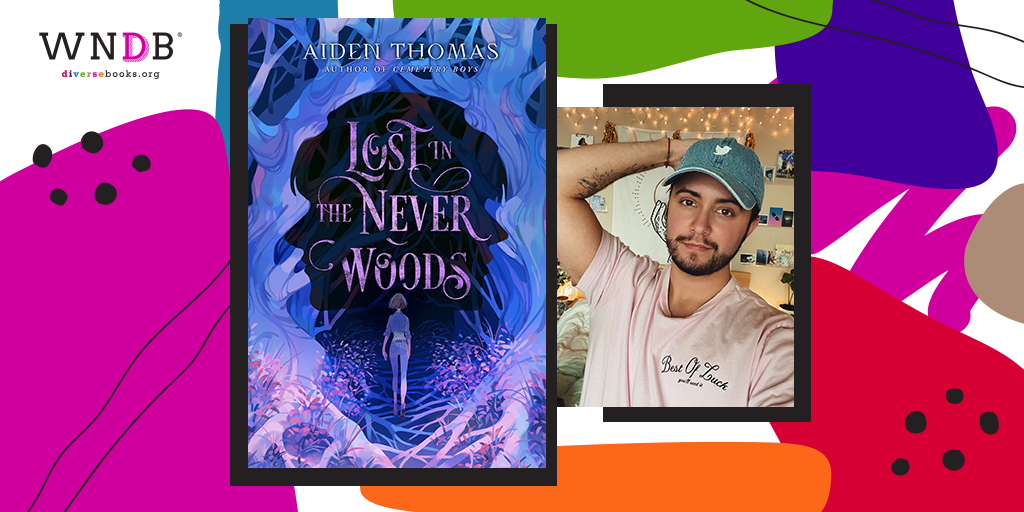 Lost in the Never Woods by Aiden Thomas is out now. Order it here!

Aiden Thomas is the novelist behind fall 2020’s smash hit Cemetery Boys, an instant New York Times-bestselling debut fantasy about a trans brujo who accidentally summons the wrong ghost. They’re also the author of Lost in the Never Woods (March 23, 2021), a sophomore effort that looks at the classic tale of Peter Pan and Wendy but through the lens of psychological trauma.

Thomas indicated they grew up with a Peter Pan obsession, in all the story’s iterations.

“When I started college, I read the original Peter Pan, and realized—this is kind of dark,” Thomas recalled. “I was interested in and drawn to that. At the same time, I was taking a psychology in literature course, and we had to do a psychoanalysis of a character in a book, and I was like, well I’m going to do Peter Pan.”

Thomas added that they went on to realize that both Peter and Wendy are incredibly traumatized children—they mentioned Peter exhibits dissociative amnesia among other things—and they were interested in the ways the children’s trauma affected their lives, their characters, and the story.

“That’s where the first drop of an idea was but it wasn’t until grad school where I was like, yeah Peter’s going through it, but what if Wendy went to Neverland but couldn’t remember what happened after she came back?” they said. “What would that look like, what would she be experiencing?”

Thomas and I hopped on a Zoom call in mid-February and I had the most pleasant of chats with them. They shared that growing up, their dreams were incredibly vivid, and in fact, the first stories they wrote were recollections of their dreams.

“Most of the time during class, I would be writing or doodling on little scraps of paper,” they said. “They kind of just accepted that that was how my brain worked in class. I took my first actual creative writing class in high school but in terms of writing that I was doing it was actually fan fiction is how I started learning how to write, in middle school. I took an actual class in high school, but I was still doing online role-playing and stuff like that.”

Lost in the Never Woods was Thomas’s thesis in grad school, which they attended after working as an EMT for a few years. It’s uncommon for an author’s sophomore work to be published on the heels of their debut—a little more than half a year has passed since Cemetery Boys was published—and Thomas said the entire process has passed a bit like a whirlwind, both incredibly slow and ridiculously fast. 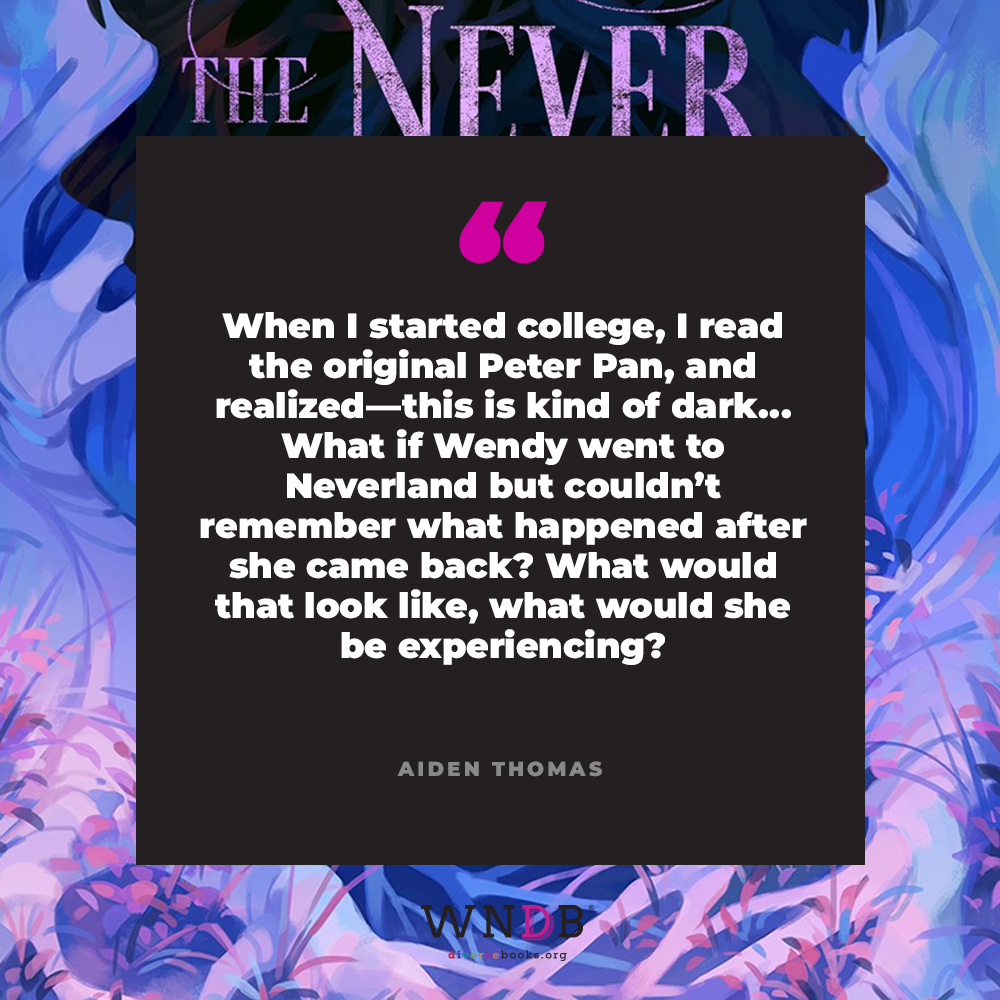 This book was actually finished before Thomas’s debut, and has been ready for about two years, they said, so they’ve just been waiting to publish this book.

“The most challenging aspect has been how painfully long I’ve been waiting for this moment. Lost in the Never Woods is a very special intimate part of who I am, to be sitting on it for so long, it felt like it was never gonna be published, now suddenly I have a little over a month,” they said. “I’m very excited for it to be out in the world, to be able to hold it as a book.”

At the same time as they’ve encountered great success with their first book, Thomas mentioned that everything feels odd, given the unprecedented, weird times we’re living through.

“It almost feels like everything is fake because all this success and stuff just exists on the internet,” they said. “I haven’t been able to do any book signings, go to events or panels, or meet my editorial team. It’s all very strange and surreal and it still feels like this could all be a very elaborate dream. It’s been weird, and fast, and on top of it, I have the first draft of my next book due at the end of March.”

Thomas has of course been writing for years, since elementary school, and said they write to experience the world outside of their own reality.

“It’s really for…escapism—I love writing because I can just create my own world and disappear into it,” they said. “Even though I’m stuck at home during a pandemic and unable to go outside, I can write these stories with really fun adventures. That’s always been my real driving force behind writing, is just being able to create my own worlds and escape into them, and have fun.”

According to Thomas, though, the best part of their journey, as unexpected as it’s been in every way, has been making connections with readers.

Thomas shouted out their friends while recommending newer writers, especially ones from marginalized backgrounds, seek out their own support communities.

“Without my friends, I would be lost, an absolute wreck,” they said.

Previous Post: « Q&A With Sarah Kapit, The Many Mysteries of the Finkel Family
Next Post: Muslim People, Cultures, and Mosque Architecture Are Diverse »
Save the date for the #WalterAwards23! You can now