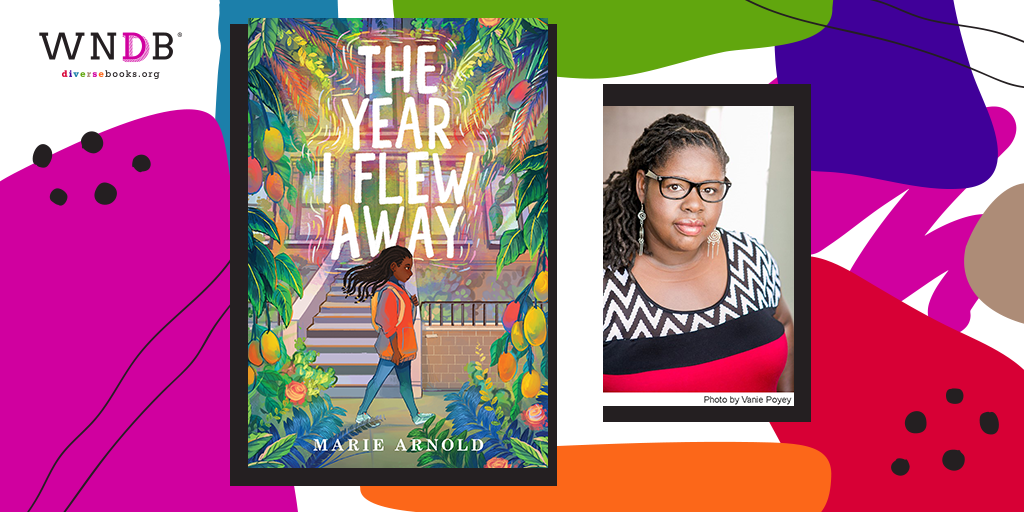 The Year I Flew Away by Marie Arnold is out now. Order it here!

Marie Arnold moved to Brooklyn from Haiti when she was seven years old. In her retelling of that experience, she says she started telling herself mental stories around then because she had no friends of her own.

“Everybody was walking home in groups, and I was walking by myself, so to entertain myself I would come up with obstacles—‘what if there’s a monster around the street?’” she said. “I kept myself entertained, so that was the beginning of forming stories and really falling in love with the art form of telling stories.”

Despite her early love of storytelling, Arnold was sure she could never be a writer because she is dyslexic.

“I saw a random interview with a writer, I don’t even remember her name, who was dyslexic,” she recalled. “I was like, ‘Can you do that?’ I remember looking at the screen like she’d introduced me to an entire world. She said you could still do it.”

“I don’t know how to not write,” she said. “It seems like something I’ve always kind of done for so long, that I couldn’t fathom not doing it. Which is why I’m really a horrible person when it comes to non-artistic jobs. I’ve been fired from every single day job I’ve had because I’m always daydreaming.”

Arnold is the author of the middle-grade debut The Year I Flew Away, set in Brooklyn in 1985 after Gabrielle, the ten-year-old protagonist, moves there from Haiti.

She said a big part of her inspiration to write this novel were the attacks on immigrants, ones that jumped to the forefront of the national conversation in recent years, and her desire to speak up against those attacks to the people who are silently affected by them in grave manners: Children.

“I really wanted to go against that and reach out to kids—who are listening—to know that being an immigrant isn’t a bad thing,” she said. “It’s actually a plus. I was hoping that if there are any kids like me, I wanted them to read it and feel a little bit less alone. If you can read it and think, ‘Hey, I’m not by myself,’ then I think it’ll be worthwhile. It seemed like this was a good time.”

Arnold has previously written books for teens and adults, and thus had a standing relationship with her publisher before they reached out to her to see if she had anything on growing up and moving to America.

The main difference between writing for middle grade and other age groups is the word count, as middle-grade books typically tend to run shorter than ones aimed at older categories. 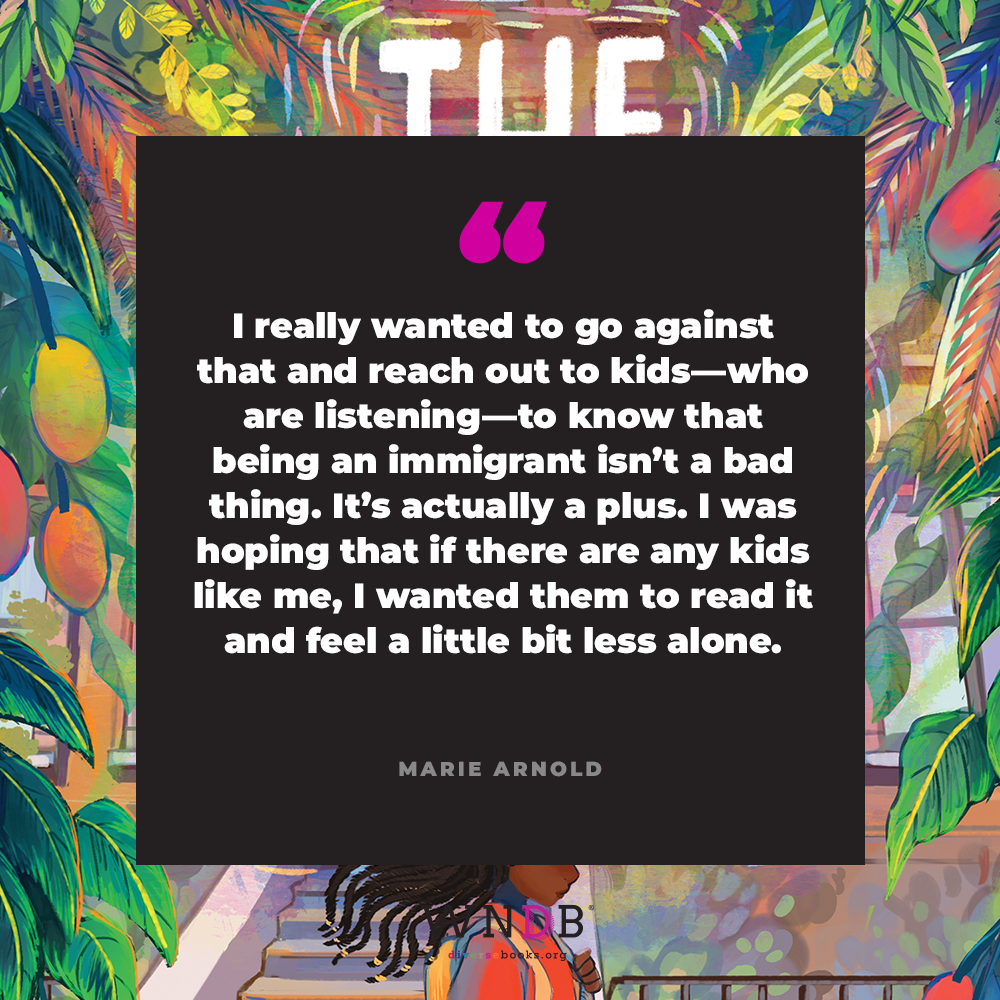 “It turns out writing middle grade is harder than I thought,” she said. “There were times I thought, ‘Why is this word count so long!’ It threw me creatively. The word count was good and bad.”

Another difficulty Arnold experienced in writing The Year I Flew Away was pretty technical: Rocky, Gabrielle’s sidekick who is a talking rat, had to become invisible in certain moments.

Arnold’s editor, she said, pushed her to come up with a reason for the rat’s invisibility, rather than just chalk it up to the magic that exists in the world. Arnold’s editor wanted logic for the invisibility.

“I had to research animals that were virtually invisible,” she explained. “We came up with an octopus that is translucent, I’m totally into it. I kept researching after the book was over.”

In addition to the other novels she has written, Arnold also writes screenplays. She analogized writing a screenplay versus a novel in terms of sports, specifically running.

“I think it’s the difference between running a marathon by yourself as opposed to being part of a group that gets the baton there,” she said. “With writing novels, it’s just you. That’s great, and it’s also scary. It’s just you, you have to be brave about it, go the long distance by yourself. It’s a solitary endeavor. It can sometimes be scary.”

Part of that group experience with screenplays includes allowing space for the director, editor, actors, and others to make their own calls and breathe life into the story given them by the writer.

Arnold gave two big pieces of advice to aspiring authors, telling them to work just as hard on their query letter as they do on the book itself.

In a broader sense, she touched on the importance of making work personal: Instead of just writing to trends, Arnold encouraged writers to include their own experiences and passions in anything they write.

“Write your personal experiences and not so much to market, because it’s very easy to say for example, ‘Oh, they’re writing about middle grade werewolves, that’s what I’ll do!’” she said. “That’s fine, but it helps to infuse it with your own personal experiences, especially if you weren’t born here if you have outside-of-US experiences. It makes the landscape different, it makes the story different. Don’t take yourself out of it, bring in your influences.”

In addition to The Year I Flew Away, which is available February 2, 2021, Arnold suggested readers check out The Way to Rio Luna by Zoraida Cordova, which she described as “a boy’s magical journey to find his sister,” and The Way School series by Louis Sachar, a classic.

Previous Post: « Writing Advice from WNDB Anthology Contributors
Next Post: Confidence and Caring: Creative Writing Awards Alumnx Share Their Tips »
Save the date for the #WalterAwards23! You can now