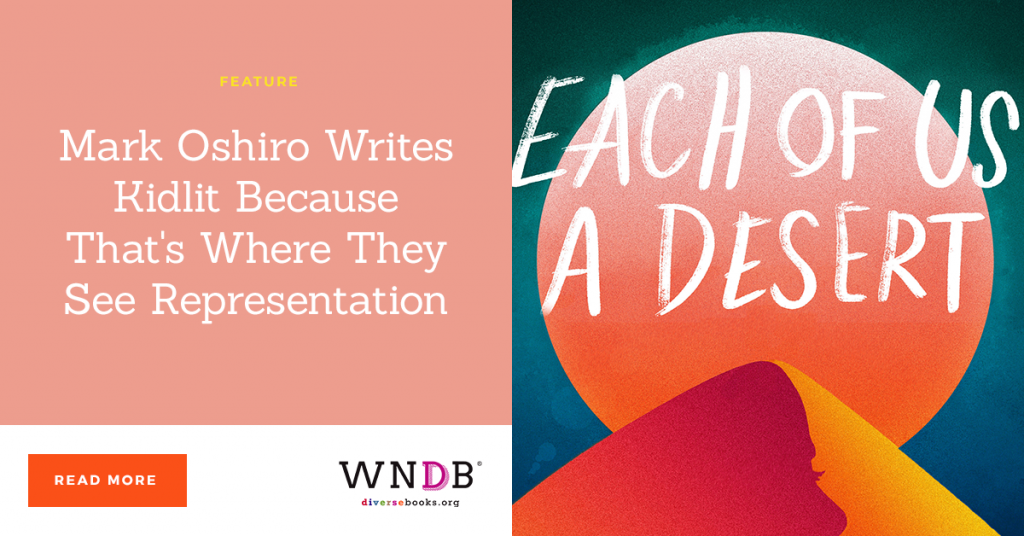 Mark Oshiro is the award-winning author of Anger is a Gift, a 2018 YA contemporary about police violence in communities of color, grief, anxiety, and the power anger has to make a change.

Their upcoming novel, Each of Us a Desert (September 15, 2020), is a YA fantasy about a girl wandering a desert, longing for someone to share her experience with.

The original inspiration for the novel, Oshiro shared, is very different from its current iteration. “I turned in a book in almost a different genre,” they said of the initial draft. “It wasn’t even fantasy.”

At first, it was a personal novel inspired by their own search for their biological father. Oshiro said they had this image of a girl running across a desert, which they jotted down in their phone and eventually worked into a story.

As the novel evolved from draft to draft, it became a far different story than the original one.

“Each of Us a Desert ended up being super personal for a different reason,” Oshiro said. “It’s all about feeling alone. I wrote this book that feels very much to me like a metaphor for being young, being queer, and being almost trapped in like a small city. And what it’s like to live in a rural environment when you know that there’s more out there in the world.”

Oshiro gave a big shoutout to their editor at Tor Teen, Miriam Weinberg, for her work editing the book and steering Oshiro in a fantasy direction in the first place. “Her influence on this book is so immense,” they said. “She was the first to say I think this needs to be fantasy…It doesn’t have to be our world.”

Writing in a secondary world was different for Oshiro, especially coming after a contemporary debut; in many ways, the fantasy world held challenges.

“I have a newfound appreciation for literally any fantasy because now I know how hard it is,” Oshiro said. “Especially when you’re doing a secondary world where it’s not based in our world, where you have to build everything from scratch. I took for granted how much you could just assume the reader knows in contemporary. I can’t assume a person knows what this building is or this religious function is…how do I communicate that to the reader?”

Simultaneously, of course, the fact that they weren’t constrained by the rules of the real world was “freeing,” because it meant they could write almost anything and as long as it served the plot or the characters, it could stay in the novel.

“The fun thing in fantasy is there are moments, which I hope come across in the book, where you feel me let go and I just write into the unknown,” they said. “There are so many bizarre passages and really weird, kind of horrific things that happen—as long as it fits the story, I can do whatever I want. That was a really fun part of the craft.”

Oshiro’s novels have so far stayed firmly in the kidlit space—they also have an upcoming middle grade slated for next year—and they explained that there’s something freeing about writing about the transition.

They explained that teens are on the brink of a new way of experiencing the world, transitioning from childhood to adulthood, and, as a creator, they find that life period to be a great one for telling stories.

In addition, Oshiro mentioned that kidlit is “doing so much more than adult books were doing for me, particularly in terms of representation. I was finding more queer characters, more characters of color, characters who were dealing with mental health. [That] was not happening at the adult level,” they said.

“I found young adult much more engaging as a queer person, as someone who’s Latinx, someone who has depression and anxiety and PTSD,” Oshiro added. “It was very natural to me that when I started pursuing fiction again, it was like, oh, it’s gotta be the YA space because this is where I can write the stories I want to tell.”

Oshiro described themself as an “early bookworm,” saying, “there’s just something magical about how you can put words down on a piece of paper and get an image to show up in someone else’s head.”

They explained that words helped them feel like they could see more of the world around them. Writing was a natural progression.

In school, a teacher told Oshiro once that everyone has a story only they can tell, and the trick is to find that story and then do the work of telling it.

Before they wrote their first novel, Oshiro was a creator of a different kind, the mind behind the Mark Does Stuff universe, where they review books, TV shows, and movies.

Mark Does Stuff was created about 11 years ago, as a bet, when Oshiro was working in LA in journalism, and a coworker bet them that they couldn’t read Twilight.

They read the series one chapter at a time, then progressed to Harry Potter and The Hunger Games, reading and reviewing.

“I still do it because there’s so much I missed out on,” Oshiro said. “I had a very religious upbringing and missed out on a lot. It’s just fun. What I do week to week is I get to review books and pick them apart.”

They added that because they don’t have any formal writing training, Mark Reads Stuff as fundamental to their education as a writer.

“Examining how other people wrote a story and taking lessons from that,” they said. “Looking at those things, I see it as a huge influence on my writing.”

Oshiro shared a few recommendations of books they’ve read recently, including Leah Johnson’s You Should See Me in A Crown, which Oshiro described as “beautiful, tear-jerking in the happy way.”

In addition, they recommended Clap When You Land by Elizabeth Acevedo, gushing over Acevedo’s poetry and writing style; as well as The Year of the Witching by Alexis Henderson, saying, “It is one of the most tense, horrifying, spectacularly written books I have ever read.” 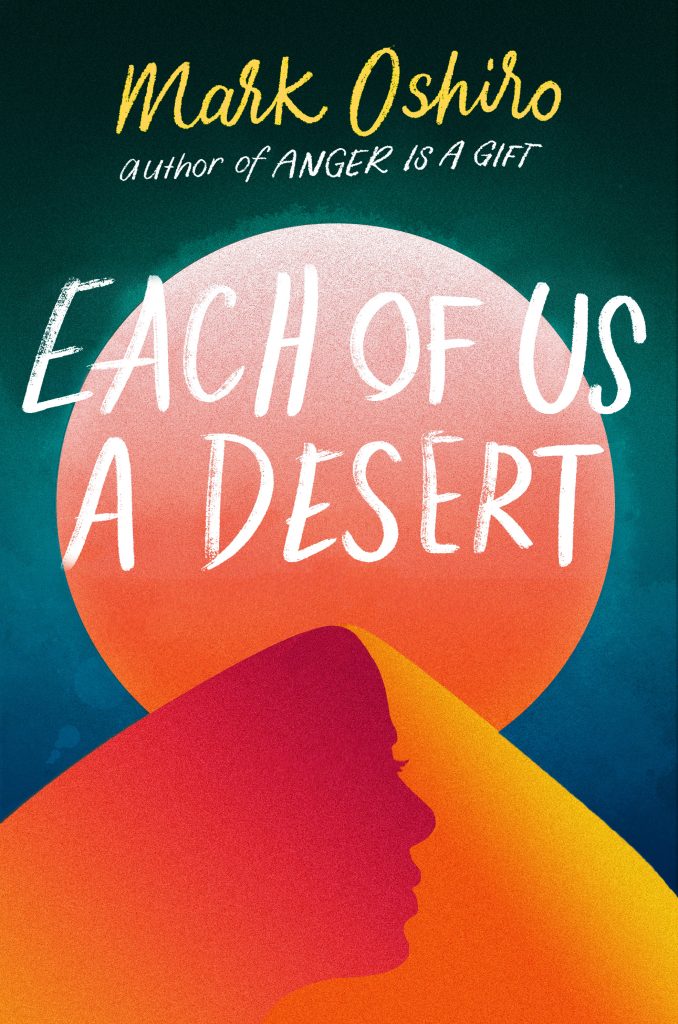 Xochitl is destined to wander the desert alone, speaking her troubled village’s stories into its arid winds. Her only companions are the blessed stars above and enigmatic lines of poetry magically strewn across dusty dunes.

Her one desire: to share her heart with a kindred spirit.

One night, Xo’s wish is granted—in the form of Emilia, the cold and beautiful daughter of the town’s murderous conqueror. But when the two set out on a magical journey across the desert, they find their hearts could be a match… if only they can survive the nightmare-like terrors that arise when the sun goes down.

Previous Post: « Cover Reveal for We Are Still Here! by Traci Sorell, Illustrated by Frané Lessac
Next Post: Q&A With Julian Winters, The Summer of Everything »
Happy pub week to LOVEBOAT REUNION by @abigailhing