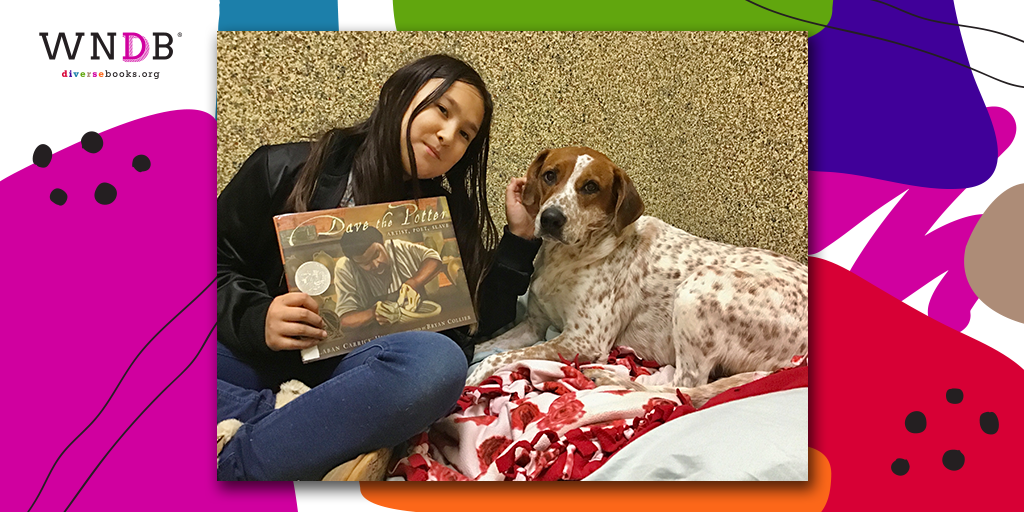 This feature is part of a series of articles on youth activists.

There is a concept in Judaism known as Tikkun Olam, “repair the world.” Right now, our world is in need of repair. During the COVID-19 pandemic, global society has been wrestling with equity issues. In the United States, we are examining how a long history of racist practices has impacted policies and culture. Whenever I come across a news story about children and teens—our readers— finding ways to repair the world, it gives me hope.

I recently interviewed three kids who identify as activists. All three are working on literacy and social justice projects in their home communities and beyond.

Halley Vincent is a twelve-year-old student activist in Kansas. She is the founder of Paws Up KC, a fundraising group benefiting shelter animals. Paws Up KC is a nonprofit that organizes fundraisers and donation drives for three Kansas City animal agencies. Paws Up KC has also always been connected to literacy. Every Tuesday is #RescueReader Tuesday, a time to talk about what kind of books Halley is reading, show off some pets needing adoption, and encourage people to donate shelter supplies or books.

Laura Shovan: How did you get interested in activism? Did an event or person inspire you to “repair the world”?

Halley Vincent: “I actually made my first video when I was seven years old” after her family went to Standing Rock. While there in support of her mother’s friends, Halley pretended she had her own news channel and was reporting on the protests against the Dakota Access Pipeline.

When she got home, “I set up the camera and I just recorded me talking about Standing Rock and the experience.”

Halley said that she was raised by the artist-adults in her life to recite poems and give presentations. “I don’t think it’s unusual. Some people might.”

Halley’s father is Taiwanese, and her stepfather is tribally enrolled. Being biracial and from a multicultural family has had an impact on her activism, but Halley said, “I think no matter who my parents were I would still be speaking out about things.”

Laura: Why is it important to include literacy and access to books in your social justice efforts?

Halley: “I think it is very important to read… If you just read twenty minutes a day, you’ll be exposed to 1.8 million words a year, which I think is really amazing.” One school she attended “didn’t have a library, so I worked with a group of people to create one.”

“Reading is a big part of what I do with Paws Up KC and reading at the animal shelters. I have categories for every month. [In March] I read books about women in history. It’s really important to me that more people start to read.”

Halley’s younger sister inspired her work with shelter animals. “My sister has a speech impediment. When you’re reading to a pet, they can’t stop you and say ‘Oh no! That wasn’t right.’ They can’t judge you. It’s a great way to practice. I also get to meet all these different volunteers and connect with them. Seeing them makes a really big difference—to see all the people helping out, walking the dogs, and hanging out with the cats.”

Three current books Halley recommends are Claudette Colvin: Twice Toward Justice by Phillip Hoose, They Called Us Enemy by George Takei, and Ancestor Approved: Intertribal Stories for Kids by Cynthia Leitch Smith. Ancestor Approved is “kind of like a Pow Wow only writing is the talent they are showing off! It’s really hopeful, honest, and I would love if they presented one of these every year like as a series.”

Laura: What have you learned from your activism?

Halley: “When I was working on changing the Native American mascot [at the local high school], I learned about adult accountability. “Sometimes someone will make a promise and they don’t keep it. That’s kind of upsetting.”

“The night of the School District vote, my mom and I went to the board meeting. There was a man that referred to me and people like me as Nazis because we’re trying to make a change he doesn’t agree with… We didn’t just win, it was unanimous! I mean they all [the school board members] got it and voted to look at the mascots and 100 percent change any that depicted a cultural group! I wasn’t surprised that we succeeded. I knew we would keep at it until we did… I was prepared for it to take two or three years. But we got it done in seven months.” 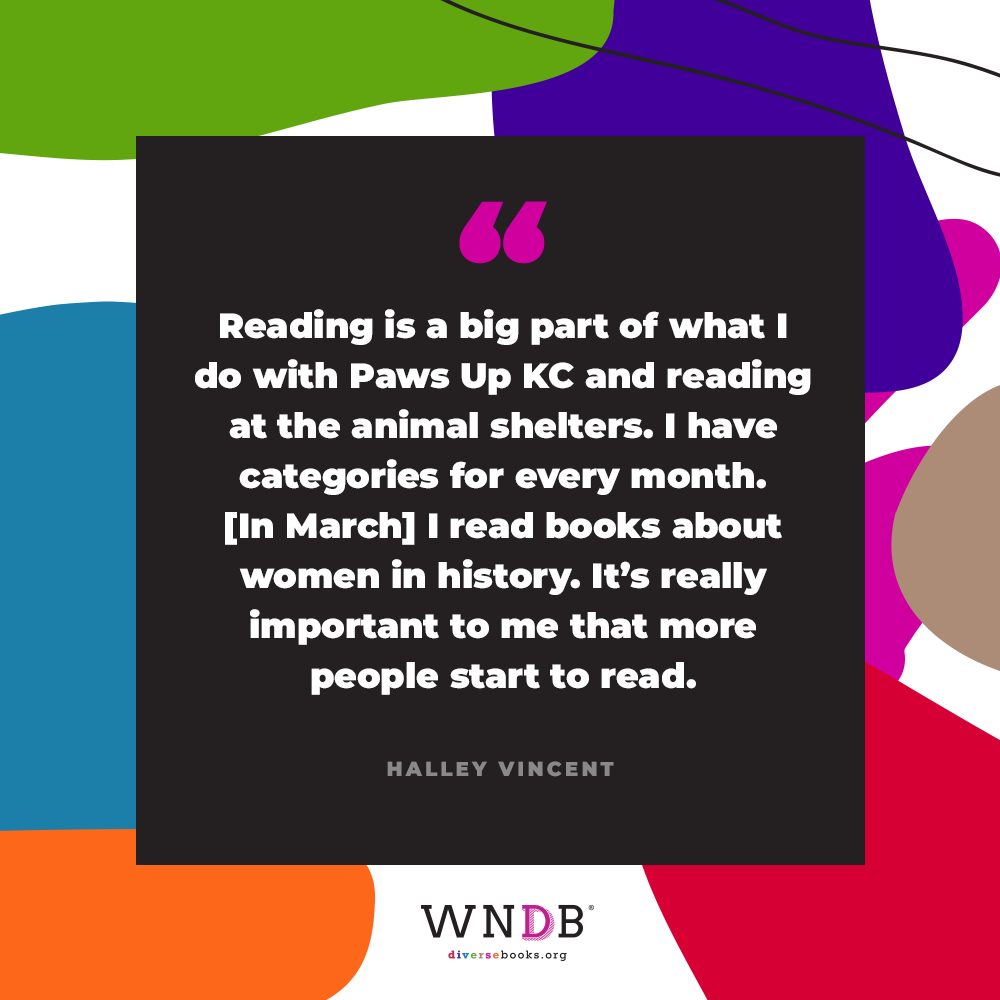 Halley advises adults working with kid activists to follow through. When a kid takes the time to send an email or call, get back to them. “Asking a simple question is great, learning a little bit more about what they’re doing.”

Halley is putting together a neighborhood newsletter. This is a project she created when her town wanted to build a large apartment complex down the street. People were protesting, but Halley realized her elderly neighbors didn’t all have access to the information posted online. The newsletter helps them stay up to date on building proposals. The newsletter has a distribution of 60-100 homes.

Laura: What is your dream project?

Halley: “One of my requests is that they add an ethnic studies requirement for my future high school. The school district is named after native tribes. I just think it would be great if people learned about it. I would be over the top happy if they added that.”

Laura Shovan is an award-winning children’s author, poet, educator, and editor. Her most recent book is the Sydney Taylor Notable A Place at the Table, co-written with Saadia Faruqi. Laura is a longtime poet-in-the-schools in her home state of Maryland.

Previous Post: « Q&A With Kenan Trebinčević and Susan Shapiro, World in Between
Next Post: Q&A With Aracelis Girmay and Ariana Fields, What Do You Know? »
Applications are open for Literary Agents of Chang