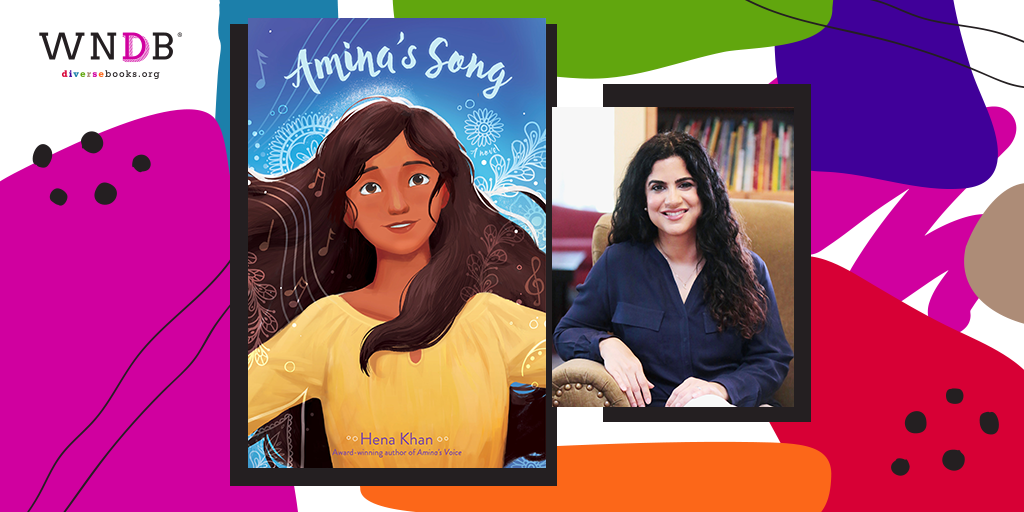 Amina’s Song by Hena Khan is out now. Order it here!

I fully expected to be giddy with excitement when I held a finished copy of my first picture book. But I didn’t think I’d be struck with fear. It was 2008, and as I stared at the rich turquoise and cobalt cover of Night of the Moon in awe, I was suddenly filled with anxiety over the feedback my book would receive—surprisingly, from other Muslims most of all.

I found myself fretting over what Muslims who didn’t partake in “chaand raat,” the last night of Ramadan that Pakistanis celebrate in anticipation of Eid, might make of my story. What if they took offense at some aspect of my depiction of a Muslim family and their observance of our holy month, and felt like my book was a disservice?

For three years, I had dreamed of writing this book. I wanted both to introduce Ramadan in an accessible, child-friendly way and to honor the special time of year. Most of the children’s books on my young son’s shelf featuring Muslims at the time were either by Islamic presses or nonfiction. I knew stories like mine needed to exist and wondered how my own childhood might have been different had I found them on the shelves of my public library. Maybe I wouldn’t have gotten blank stares at school when I said I was a Muslim or from Pakistan, and maybe I would have mentioned my holidays by name. So why, then, did I feel all this anxiety?

As one of the first Americans writing books centering on Muslim stories put out by mainstream publishers, I felt an unreasonable burden of representing everyone who shared my faith. Even as I asked that my illustrations include a multitude of races, ethnicities, and customs, so readers might understand that Muslims are not a monolith, I still decided that I was somehow supposed to represent almost two billion Muslims, from every walk of life, from every corner of the globe, in my work.

It sounds absurd, I know, that I put that impossible task on myself. But looking back at it now, I see that it stemmed from my lack of confidence in the publishing industry. I believed that I had somehow caught a lucky break and convinced a few editors to take a chance on stories like mine, but each time thought, “Maybe this is it. I might never get published again.” And I feared that, between me and a few other children’s writers, we’d continue to have only a handful of books about Muslims out there to choose from.

My fears weren’t completely unfounded. I continued to receive plenty of rejections, and I was told that my stories were too “specific” or not the “right kind of diversity” or not “commercial” enough. This includes dismissals of my first contemporary middle-grade novel Amina’s Voice until it was ultimately embraced by editor Zareen Jaffery and published by Simon & Schuster four years after I drafted it. 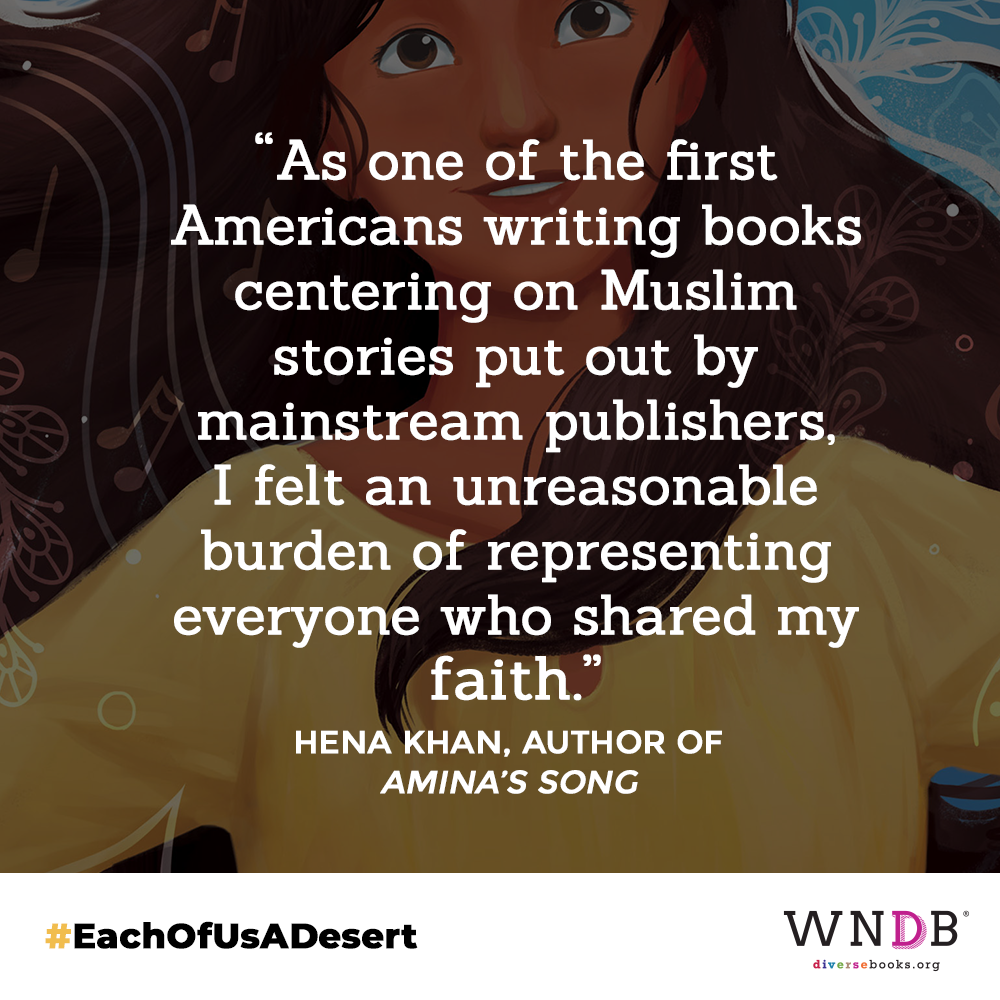 At the time of the book’s sale, I was unaware that Amina’s Voice would also launch Salaam Reads, a visionary new imprint dedicated to stories about Muslims by Muslims. But when I learned of it, I was overjoyed by the thought of a space that allows for stories about people like me, and very different from me, to flourish. And slowly, I would come to see the powerful impact of the imprint, along with the work of WNDB and others committed to expanding the children’s book industry to include voices that had been left out for too long.

Amina’s Voice is a book I would have devoured as a child. It’s about friendship and finding confidence, navigating those awkward tween years as a child of immigrants, and learning about living as a Muslim in today’s America. Amina is unapologetic about who she is and doesn’t question her faith, even as she has to negotiate various aspects of her identity.

In many ways, although she shares my shyness and inhibitions, Amina is braver than me. While writing her, I’ve learned to accept that I too can struggle with who I am, grow as a person, and find my place in the world as a writer without apologizing. We see more of her bravery in Amina’s Song, and she continues to struggle with questions of representation and what we learn about one another through the media and the narratives we are told. And she boldly finds new ways to use her voice to make a difference, once she finds a safe space for it.

It’s been amazing for me to watch the industry evolve to embrace more Muslim storytellers, particularly over the past five years. It’s far less lonely, and I now enjoy a community of peers, who, one book at a time, are sharing the wide variety of stories we need and exploring the different ways faith and culture impact our lives or don’t.

These writers have also allowed me to fully let go of the feeling that I need to represent all Muslims. I do occasionally get feedback that gives me pause, from Muslim readers who question why I didn’t create characters who mirror the exact way that they practice their faith and choose to live. In those moments, I try to remember that just like I tried to put that responsibility on myself, others will occasionally ask the same of me. Except now I have a growing number of books to refer them to. And hopefully, these are all growing pains as we claim our narratives and tell the stories of almost two billion people, one book at a time. 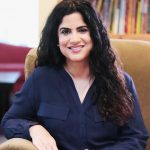 Hena Khan is a Pakistani American writer. She is the author of the middle-grade novels Amina’s Voice, Amina’s Song, and More to the Story and picture books Golden Domes and Silver Lanterns, Under My Hijab, and It’s Ramadan, Curious George, among others. Hena lives in her hometown of Rockville, Maryland, with her family. You can learn more about Hena and her books by visiting her website at HenaKhan.com or connecting with her @HenaKhanBooks.