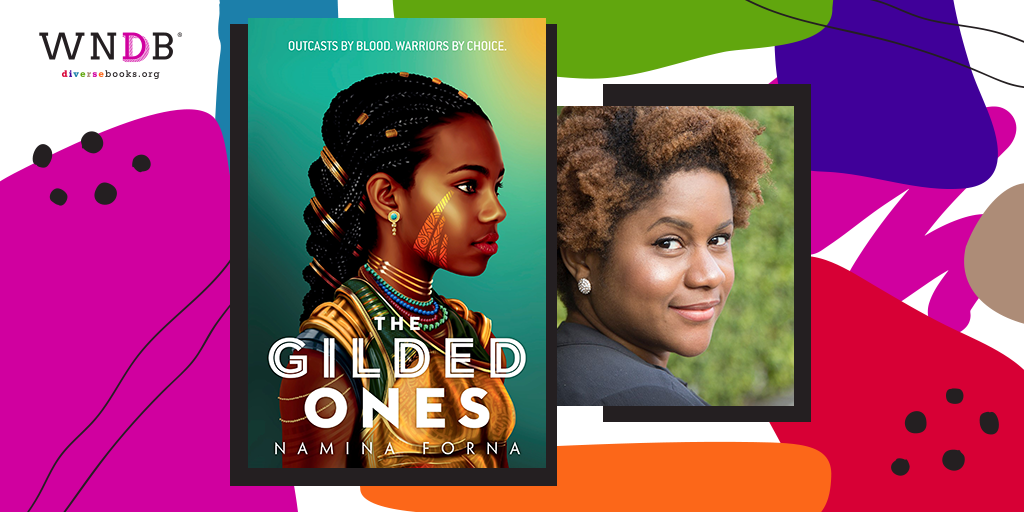 The Gilded Ones by Namina Forna is out now. Order it here!

Namina Forna is the author of the YA fantasy The Gilded Ones, which has been described as “Utterly transporting and on a massive scale” by Stylist. When I first saw the cover and synopsis for The Gilded Ones, I absolutely knew I had to speak to Forna, and after the book was pushed back from its original 2020 release date due to COVID-19, we arranged a phone conversation in early January.

Forna told me that she’s always had “writerly habits,” joking (or maybe not) that “I was the kid who basically got nearsighted because I was reading in the dark every day. I would read religiously, at least eight books a week every single week. I would go to the library and I always had a stack of books ready.”

She recalled having conversations with herself at all times, then corrected herself, saying those weren’t self-conversations; they were stories.

“It’s either you’re crazy or you’re a writer,” she said.

Forna moved from Sierra Leone to the United States when she was young and said her childhood during the country’s Civil War led her to turn to books as an escape.

“That’s what I’ve always wanted to do for other people, particularly children, is to provide an escape and a safe space,” she said. “It doesn’t matter where you are or what you’re going through, you can be in my books and have a safe space for however long you read my work.”

Forna’s debut is an utterly thrilling tale, one that had me at the edge of my seat every time I picked it up, reading with nearly choked breath and desperate to get to the next page to see what new twist she would throw at me. I was completely at her mercy as I read, fully immersed in the world Forna created and ready to follow the main character Deka and her friends on whatever adventures they took; the book is epic fantasy through and through.

“When I’m writing a book…what I will do is I will watch movies,” she said. “I wanted a book that was like [the movie] 300, but instead of male warriors, it’s female warriors kicking ass and taking names. I wanted the violence to mean something, not just be gratuitous violence. Every single act of violence in my book actually means something and says something about the larger thing.”

During undergrad at Spelman, Forna said, she had a recurring dream: A girl, clad in golden armor, walking up a battlefield. Just as the girl leaps in the air—the dream would end.

As she further explored her world, in which a great African empire had colonized the rest of the world rather than vice versa, Forna said she grappled with questions about what it means to be Black.

Forna approached her worldbuilding process by grappling with multiple questions of identity, ones which her protagonists are also asking.

“I came toward this world by trying to look at all these questions that I was asking when I was Deka’s age,” she said. “How do you ask questions of feminism, of race, of all of these things, and how do you answer them? That’s where I started, and I built the world based off of that.”

For Forna, the most exciting thing about the publication journey so far has been meeting and talking to people who have read her book, saying it was lovely to not have to “force” her loved ones to read her work now that she has outside readers as well.

“People read the book and actually liked it, and wanted to talk to me about it, and I will never ever ever get over that,” she said. “That is always and forever the best thing ever. Now I no longer have to force people to read that.”

Forna spoke about the challenges of publishing the book, saying she wrote the first draft at the age of 25 and waited years before revising it again. She pointed out that publishing is an industry that is not particularly welcoming to people of color, especially Black women.

She’s not wrong—in 2019, Lee & Low published a survey on diversity in publishing which indicated that only 5 percent of people in the industry identified as Black. There are reasons pushes for diversity, such as #DVPit, #PublishingPaidMe, and We Need Diverse Books are so needed.

“I feel that this industry has for a long time kept up gates against people of color and women, and I think for a lot of us there’s the worry of ‘is our time limited, are we just here because right now everyone’s talking Black Lives Matter, but how long does that last?’” she said. “It’s like banging your head against a gate that was never meant to open for you. That was my challenge with publishing.” 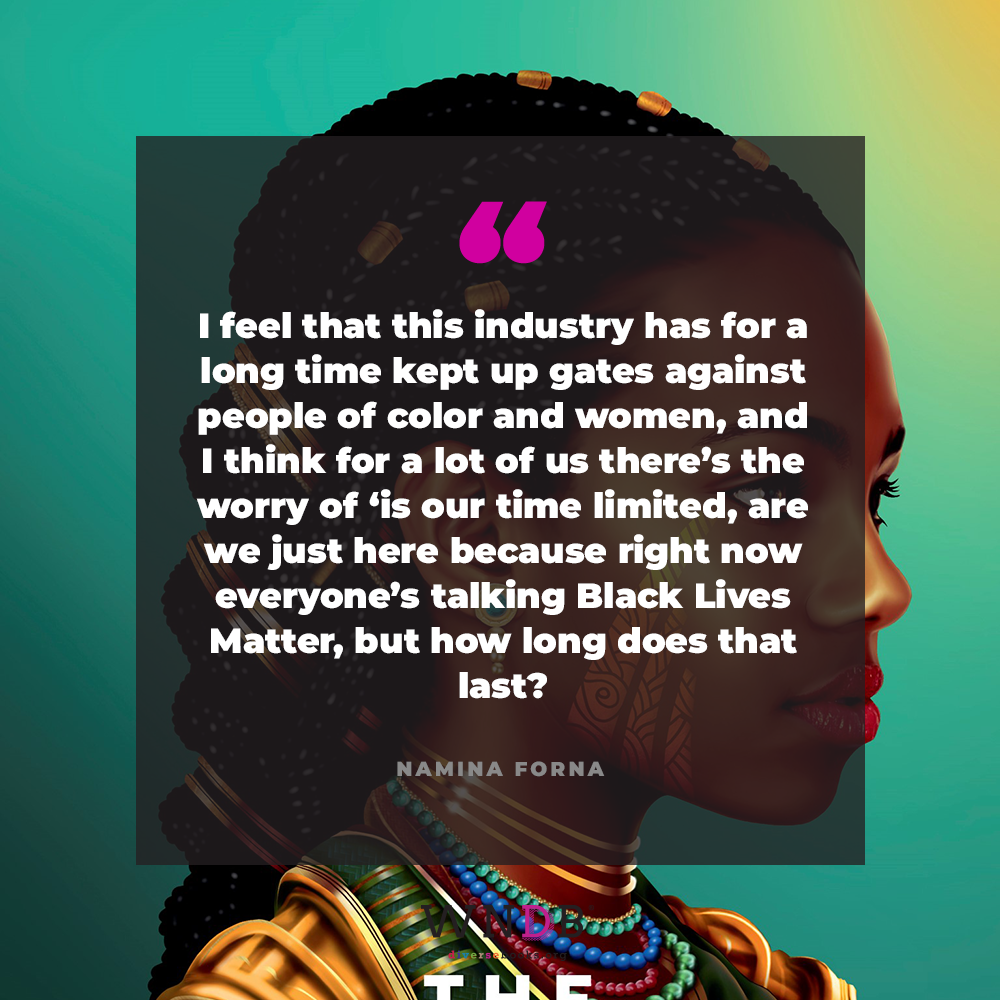 And after that—after fighting an uphill battle to get a publishing deal and banging her head against the gate—Forna found out in early 2020 that her book would be pushed back nearly a year. It was originally scheduled to release in the spring of that year, but due to the pandemic, her publishers decided to wait until now.

“Honestly, it was devastating when I got the news,” she said. “This has been my dream for so long that it just—I understand why my publishers did it, and I’m very grateful that they did it, I do think that was the right call. But in that moment, I had myself a nice little, ‘I’m just gonna cry in my room.’ I do think that they made the right call and it’s given me time to acclimate to this is what the world is now. Sometimes I struggle with reality and practicality, so I do think that this was the best thing.

“But now I’m scared because now it’s my debut year again, it’s the same emotions over again,” she added.

There’s nothing I can say to describe the book better than how Forna did so herself: “The Gilded Ones is a great feminist magic epic, everybody needs to go and get it.”

In addition to getting The Gilded Ones, readers could consider The Black Kids by Christina Hammonds Reed, which Forna recommended to everyone.

She also recommended a few more books: Raybearer by Jordan Ifueko, and A Song of Wraiths and Ruin by Roseanne A Brown. Finally, she wrapped up her list with Wings of Ebony by J. Elle.