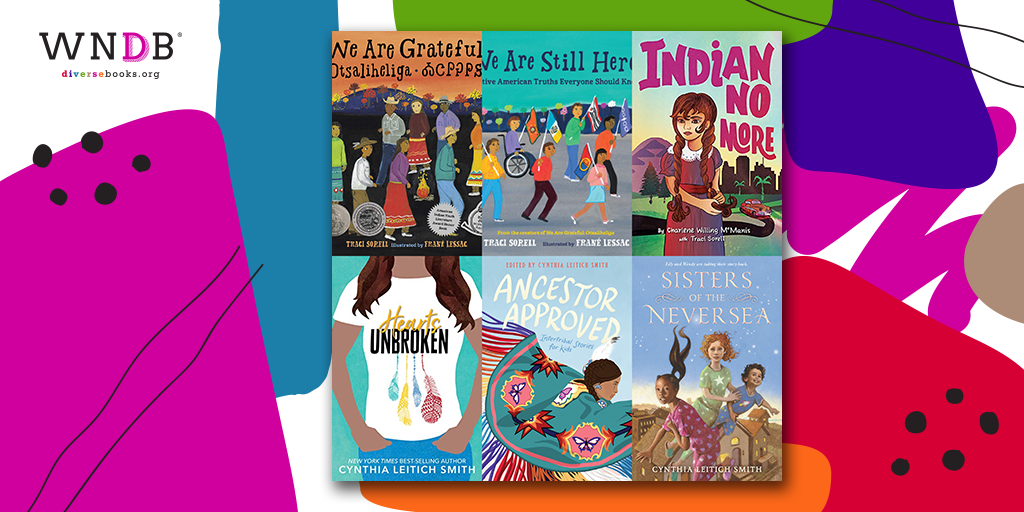 Learn more about the Native Writing Intensive and apply for our 2021 intensive on the WNDB website.

For many modern Native Americans, community is one of the strongest pillars of life and culture. Community is a precious gift. This seems to be a similar thought shared with the attendees of the inaugural We Need Diverse Books Native Writing Intensive, held in August  2020.

“It means the world to be able to interact with writers who are coming from a similar background and who can relate to the kind of challenges that arise as a Native person trying to tell our stories in a country that has historically fought so hard to silence Native voices,” said attendee Rena Priest (Lummi). “It means not having to feel isolated or alone in our work.”

Creating this space for Natives was important for author and faculty member Cynthia Leitich Smith (Muscogee Creek). She envisioned a space that put Native creators on equal footing, a place where they were given space to voice their thoughts surrounded by understanding ears.

For some attendees, it was the first time they had been involved in a space like that. Research from the Cooperative Children’s Book Center about diversity in children’s literature consistently shows that only about 1 percent of characters in children’s books are Native/First Nations. These numbers make it easy to feel like the community is nonexistent.

Intensives like this challenge that perception for attendees and also for the public at large. It’s one of the strongest collective thoughts in having Native identity: We are still here.

Finding a community of not just Native writers, but this community of children’s literature writers makes Native hearts swell with hope for the future. Already there have seen huge leaps with the recent launch of the Heartdrum imprint from HarperCollins, which will focus primarily on contemporary Native children’s literature, curated by WNDB Native Intensive faculty Cynthia Leitich Smith.

“When I approached Rosemary Brosnan about the native-focused imprint at HarperChildren’s I intended it to be a part of the larger discussion,” said Smith. “While it is amazing, it is more of a step and not a journey. We needed to have a more Native-focused comprehensive strategy for developing talent and also giving members of the inter-tribal group a chance to connect, share information, and interact with each other in private spheres and also with industry professionals about questions that are important and idiosyncratic to our point of view.”

“Planning began almost immediately,” said Smith, and the Native Intensive was born. “Community, craft, and career. In that order.” It would include a writers’ workshop and the opportunity to socialize with Heartdrum Editor Rosemary Brosnan and other industry professionals, while also offering space to gather and socialize.

Originally, the intensive was intended to take place in person, but the pandemic caused a shift in format. “It was really an opportunity,” said Smith. “To open the intensive up to more participants across continents and time zones.”

With participants tuning into Zoom sessions from Alaska to the United Kingdom to Hawaii, there was a stretch of twelve time zones. It reinforced for participants the idea of identity—we are here and we matter.

When asked about the biggest takeaways of the intensive, attendee Byron Graves (Ojibwe) said, “That I belonged in the literary world. That I wasn’t alone. And that I had a group of like-minded people as a support system.”

Attendee Stacy Wells (Choctaw) complemented that thought: “Native writing spaces are needed. This type of programming is not one-and-done. Collectively, we are stronger together, we inspire each other, we encourage each other, we understand each other.” 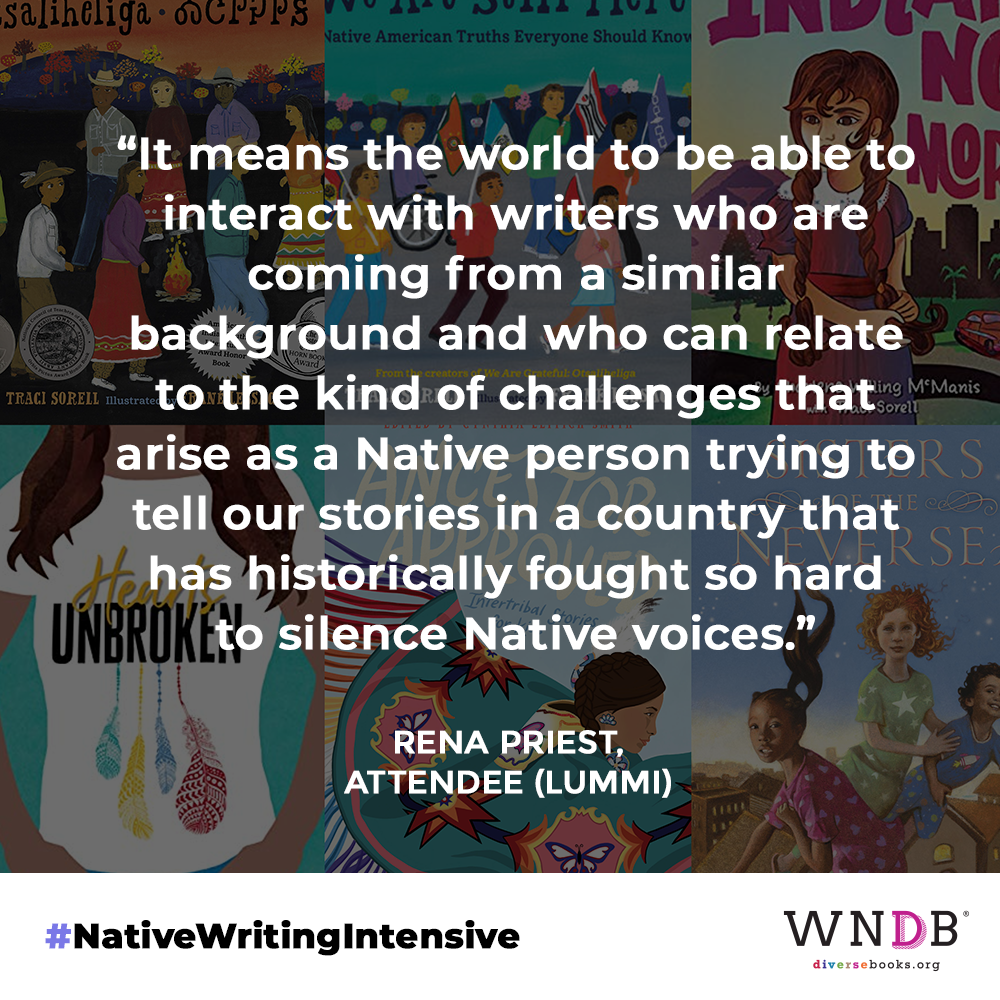 The support system was apparent in the workshop. Several attendees were able to submit up to ten pages of their current projects and receive feedback in a workshop environment led by Cynthia Leitich Smith. Not only was feedback shared that was specific to the individual story, but there were also focuses on craft and technique woven into her feedback.

“The intensive helped me see how many incredibly talented, caring, and giving people are in our community,” said Byron Graves of the workshop.

The environment allowed attendees to see the variety of stories being told by modern Natives. From picture books to young adult novels, attendees covered many age groups, proving the future of Native kidlit is bright.

Attendee Laurie Goodluck (Mandan, Hidatsa, and Tsimshian) also found success with feedback from faculty. “Two editors from Heartdrum helped me rethink the structure of these stories,” explained Goodluck. “It makes a big difference receiving feedback from people in the publishing industry that understand your Native perspective. Cynthia, who is Native, and Rosemary, who has decades of experience working with Native stories, [understood] my unique experience.”

Beyond community and craft feedback is career advice. Faculty member Traci Sorell (Cherokee) hosted a special segment on literary agents, with a strong focus on projecting what the future could look like for Natives in kidlit spaces. Sorell offered guidance and motivation across all children’s literature genres, reminding attendees that people are looking for what Natives have to offer and explaining that support for each other goes a long way.

Attendee Tiffany Elmer (Muscogee) said, “It was all about supporting your work as a Native creator within the community and to connect you with resources or people who you could trust with your art and voice.”

All three faculty members, Cynthia Leitich Smith, Rosemary Brosnan, and Traci Sorell, had meetings with attendees to discuss their projects or career as part of the intensive. Literary agent Linda Camacho of Gallt & Zacker Literary Agency also provided manuscript critiques for pieces workshopped. In these meetings, they offered insight into advice across many levels of industry experience. Whether the attendee was a beginner or agented with complete manuscripts under their belt, there was something for everyone.

“I feel like when the time is right for me to progress in my career, I will know where to look for resources that will help me along that path,” said Rena Priest. “For now, I am most interested in building my community and honing my craft. The intensive offered opportunities for all of it.”

Intensive attendees have already gone on to do great things. Attendee Marcie Rendon was awarded the McKnight Distinguished Artist Award only weeks after the intensive concluded, Michaela Goade was the first Native American to receive the Caldecott Medal this February, and Angeline Boulley announced that her young adult debut Firekeeper’s Daughter had been picked up for a Netflix adaptation.

When looking back at the weekend as a whole and the community it helped bring together, attendee Tiffany Elmer said, “I think my own stories and voice will be stronger for it and I feel so honored to be connected to it.”

The statement is proof that the inter-tribal community grows and continues to send the elevator back down. Community comes naturally for Natives. With faculty who never stop reaching out and attendees who do the same for each other, the Native kidlit writing community is thriving and won’t be going anywhere soon. 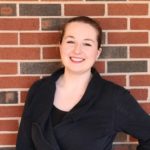 AJ Eversole grew up in rural Oklahoma, a place removed from city life and full of opportunities to grow the imagination, which she did through intense games of make believe. She graduated from Oklahoma State University with a B.S. in Strategic Communications. She is a citizen of the Cherokee Nation of Oklahoma and hopes to be traditionally published in the near future. She currently resides in Fort Worth, Texas with her husband. Visit her on Twitter: @amjoyeversole and Instagram: @ajeversole

Previous Post: « Q&A With Sabina Khan, Zara Hossain Is Here
Next Post: Why It’s Important to Talk to Kids About Disability and “What Happened to You?” »