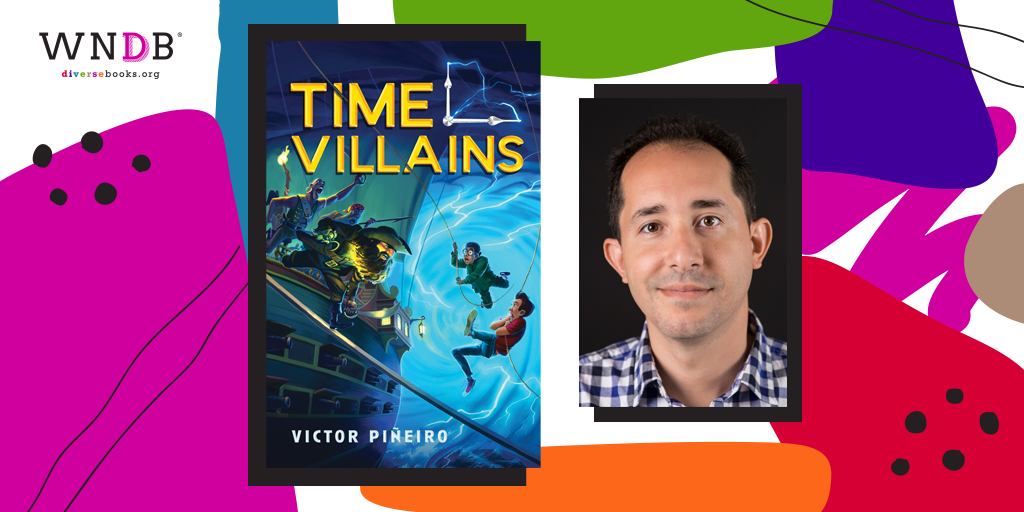 Time Villains by Victor Piñeiro is on sale now.

“Dolly was un-com-FOR-ta-ble.” I wasn’t pronouncing it, I was speaking it. Mrs. Brown and the other four students in my kindergarten reading group snickered. “What did he say?” I’d been reading at home since I was three, but Spanish, the language we spoke at home, seemed so much more logical than English. At least you pronounced all the syllables. A few years later in Puerto Rico, I asked for a “jugo de chino” (“A Chinese person’s juice”) instead of “jugo de china” (orange juice) and the table erupted into laughter.

I couldn’t win. I lived in two worlds but I didn’t quite belong in either.

When I was growing up, books about BIPOC characters always seemed to include these defining moments of self-realization, when the protagonist experiences a challenge that shapes their entire identity going forward. But growing up as a Puerto Rican Air Force brat shuffling around the country, I didn’t face these blatant experiences of racism and alienation, and the times I did encounter them, they didn’t become the defining features of my identity. My experience (similar to many immigrants and BIPOC folks, I imagine) was about the constant small-yet-unrelenting jabs that came from living simultaneously within two cultures but not quite being a member of either.

Coming-of-age as a Puerto Rican American was the constant swinging of a pendulum between two worlds. There’s the world of family and home, where you’re immersed in a vibrant culture that has lived in your family for generations. Then there’s the world outside—school and friends’ houses—where the culture is an almost complete 180 degrees from your home life. It feels alien and sometimes disorienting…until they flip. Eventually being Boricua felt more alien, until it was almost fully eclipsed by my American identity. And then I hit college and held tightly to my Puerto Rican culture once more, trying to find a way to balance it in spaces where it was less welcome. The pendulum’s never stopped swinging.

It wasn’t until decades later that I stumbled on Gloria Anzaldúa’s concept of Nepantla, the Nahuatl (Aztec) word for “in-betweenness” and the perfect way to describe this experience. The term was used often by the Aztecs as they were being colonized by the Spaniards, and felt like they inhabited a liminal space between their old world and the new one being created by the Spanish. Eventually the Aztecs were forced to create their own “in between” culture, shedding the aspects of their culture they couldn’t synthesize into the new one. 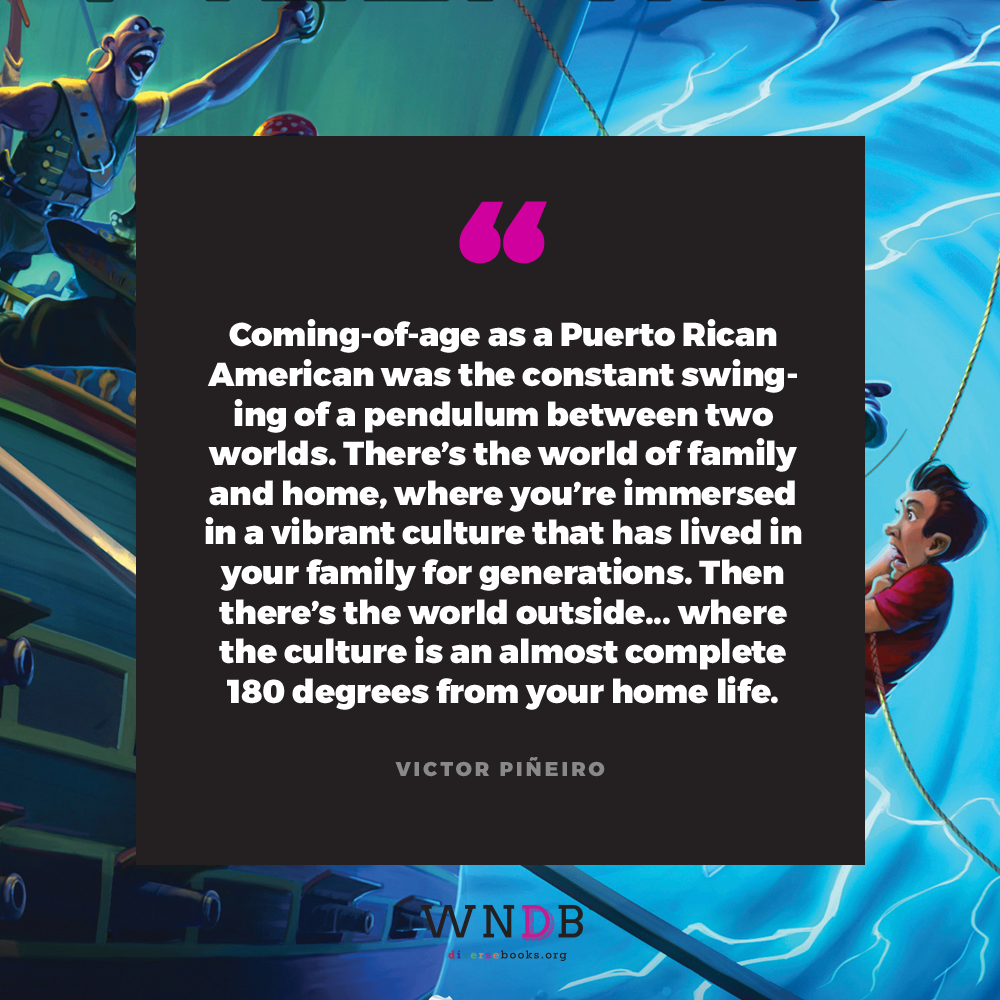 In my middle grade series starter Time Villains, the protagonist calls his father “Dad” and his younger sister calls him “Papi.” It’s a tiny detail that puzzled a few readers even in my early drafts, but I left it in because it’s an aspect of nepantla that I vividly remember experiencing. I remember when I ‘graduated’ from “Papi” to “Dad,” and when my cousins did too. It was like graduating from “Daddy” to “Dad”—the same self-conscious reflex—a need to use the words my friends were using. It was one world bumping up against the other and jostling it around a bit.

I find these small details to be one of the most interesting aspects of writing Latinx characters and the in-betweenness of worlds they find themselves in. Especially in kidlit, when characters who are first or even second generation experience this two-worldiness for the first time and have to figure out a way to walk the tightrope between them so that they feel like an accepted member of both their family group and their peer group, slipping in both directions along the way.

In Time Villains, Javi’s ability to find his own strength while battling historical and fictional archvillains is the clear moment of evolution for his character. His struggle with self-esteem and raging imposter syndrome is finally resolved. Yet readers who have had what Anzaldúa has described as ‘seeing’ double, first from the perspective of one culture, then from the perspective of another, will notice the small moments of nepantla throughout the book. It’s an experience I’m exploring in more depth in future books because it’s so emblematic of the Latinx experience. And it’s one that I’m paying more attention as I read Latinx fiction, as it’s everywhere.

Victor Piñeiro heads up content and social media at an ad agency where he’s run @YouTube, some of @Google and launched @Skittles, creating its award-winning zany voice. He’s also designed games and toys for Hasbro, written/produced a popular documentary on virtual worlds and taught third graders. Time Villains is his first novel.

Previous Post: « Cover Reveal for In the Beautiful Country by Jane Kuo
Next Post: Cover Reveal for Kind Like Marsha by Sarah Prager, Illustrated by Cheryl “Ras” Thuesday »
Applications are open for Literary Agents of Chang