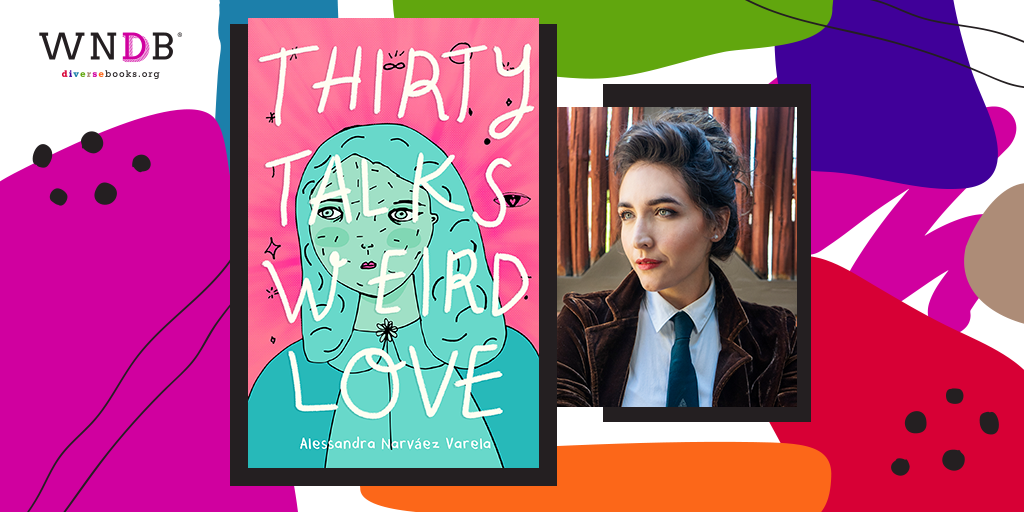 I want to die and see how everyone’s life is made easier after my absence… The beginning of a new phase without my ugly self…You are a big problem, for several reasons: You’re an idiot, you’re arrogant, selfish, self-absorbed, a dummy, a beggar, you’re cheap, insensitive, useless, stupid, stupid, stupid.

I wrote this is in 2003 when I was 17. Details of the scene are muddy, such is memory’s fragility and kindness, but it was New Year’s Eve. I was alone in the room I shared with my older sister, who had gone to a club to celebrate, and my parents were in the kitchen talking with an aunt and uncle. After having pozole—a Mexican dish with hominy, chicken or pork, swimming in warm stock alongside cilantro, lettuce, jalapeño, and lime—it took over. Encroaching and silent: An amorphous but very palpable presence perched on my shoulder. If you want to do without the embellishments of metaphor, call it depression. If you want to get technical, call it a chemical imbalance.

But it was there. It’s always been there. It’s here with me as I say back off, I’m writing about you.

It pats its feet. I think it likes the attention.

The process of translating this epigraph from Spanish to English doesn’t strip it of its power. Even seventeen years later. In fact, listening to my teenage thoughts echo in my second language amplifies a pain everyone who’s written such journal entries is familiar with. It also places into evidence the distorted reality of a depressed brain, which I still fight, daily, to set right.

Translating an epigraph like this also makes me wonder how many Mexican and Mexican American teenagers in the El Paso-Ciudad Juárez border community see themselves as I did. And how many of them are thinking about suicide or have tried it, like me, because it would supposedly make everyone’s lives better? It doesn’t.

But depression and suicide are not openly discussed at Mexican or Mexican American dinner tables. Why should they be? The reasoning and enculturation of our parents and grandparents, although improving, in strides, often reduces depression to nerves. Bad eating habits. Not enough sleep. Too much sleep. Too much free time. A weak bond with God, Jesus, and/or La virgen de Guadalupe.

Just don’t give it power, they say. It’s a disease of the rich and lazy, they add. Keep your focus, pray, soak in a bathtub with sliced potatoes.

Are you supposed to laugh or judge? Am I?

Now I’m able to understand the cultural and socioeconomic context behind these beliefs much better. My parents, accountants by profession, didn’t have the tools necessary to identify depression in their teenage daughter. My parents ran several small taquerías in Ciudad Juárez before opening Los Colorines, a small restaurant in El Paso, Texas, in 1997—they’re still at it, masked and delivering to-go orders. They have to, in order to pay bills. They have worked since I can remember to give me and my sister all we needed to survive, and when they could, more.

When were they supposed to sit down and Google, “Is my child depressed?” They didn’t have Google. They could’ve made the time, perhaps, but on the surface, I was just a nervous, perfectionist child who breathed, ate, and dreamed of achievement. How was that bad? No one had to tell me to do my homework or do my best. Always. Without exception.

But children, teenagers, and adults like me are also good at wearing masks, and sometimes, we don’t even know it. We must excel. And if you’re born to parents who will break their backs to give you a better life than they had, it only seems logical to be like this. The mask, though, can stay and become our second skin. The second, real one festering underneath, until, with all its repressed energy and atrophied cells, it demands to breathe. Or else.

I tried to hang myself with a belt the night I wrote the journal entry from which the epigraph has been extracted. Then I moved on, blocked it out because I had survived the attempt and I had graduated from El Chamizal High School in Ciudad Juárez. My next stop was the University of Texas at El Paso (UTEP), where I would be a pre-med student because I wanted to become a doctor. I would become a doctor.

But not before having another depressive episode when I was rejected from all the medical schools I applied to in 2008. I didn’t try to kill myself then. I ate junk food, binged on all kinds of food, and watched TV. I left my room only to use the toilet, and only infrequently to shower. Once again, though, I moved on. In my mind, and probably in my parents’, this was supposed to happen to Alessandra, la machetera—a slang term used in México to refer to people who work hard to get what they want. Alessandra, the little engine that could. At some point, I would have to break down, to then put myself together and succeed. I did.

In 2011, the University of Texas Medical Branch (UTMB) at Galveston invited me for an interview, which I aced. By this point, my skin had thickened, and, as I say often to my family, friends, and students, I walked in there like I owned the joint. Also: my MCAT score was higher and my essay was stronger after completing a second bachelor’s degree in creative writing.

I started my first year of medicine in August 2012.

This is where Reese Witherspoon contacts me to option my life story to become a Hulu series, or a feature film starring a stunning Mexican actor who I only resemble because we both wear glasses, and who has a strong, genuine Mexican American accent to tell this tale of success and heartache. A film that justly captures the lives of people living and working in the El Paso-Ciudad Juárez communities. No stereotypes, and subtitles galore, damn the English-speaking audience.

Then, perhaps, Diego Luna would call to ask me to join a national campaign to improve the conversation about and treatment of mental illness in México. Pero claro, Diego, I would say, feeling entitled to call him by his first name because we’re both Mexican and of a close-enough generation.

But none of this, as unlikely as it is (and despite the many stories of Mexican women who overcome diverse challenges to become doctors) happened. On August 2013, I formally withdrew from UTMB.

The stupid, stupid, stupid of my epigraph resounded, and it still does, sometimes, inside my skull. This is joined by a toxic, yet factual train of thought: You had broken that glass ceiling. You had broken the system, the cycle. You had escaped the difficulties of a paycheck-to-paycheck life. The life your parents fought for you to not have. You could’ve helped your parents retire earlier. And more recently: It’s likely your parents wouldn’t be risking infection by COVID-19 to work in the restaurant.

Another thought, the one that has allowed me to consider compassion, and look beyond my 100-K-and-rising student-debt shame: I saved my life. I chose me for the first time. It was not a divine epiphany, but a fairly earthly one. It “came to me” after rolling around in Galveston’s waves of brown water and pressing my feet on the sand as I walked drenched and salty. A call for self-preservation that would ensure I lived without lengthening my medication list, and without dreaming about a gun pressed against my temple. That day I also let my true skin resurface: I was depressed and had probably been depressed since I was a teenager. The way I thought about myself was not normal. My obsession with success and perfection was unhealthy.

I have tried Lexapro, Bupropion, and I’m currently on Sertraline.

Although I started taking medication while in med school, I stopped once I returned to El Paso: the major stressor was gone, and thus, I thought, the trigger for my worst depressive episodes. It was not until I began my MFA in Creative Writing at UTEP that I committed to chemical treatment because I was tired of trying and not succeeding at keeping focus, not giving depression power or thinking it marked me as lazy or rich—I have never been either. I didn’t try soaking in a bathtub with sliced potatoes, but perhaps I should’ve just to relax in the warm, starchy water. 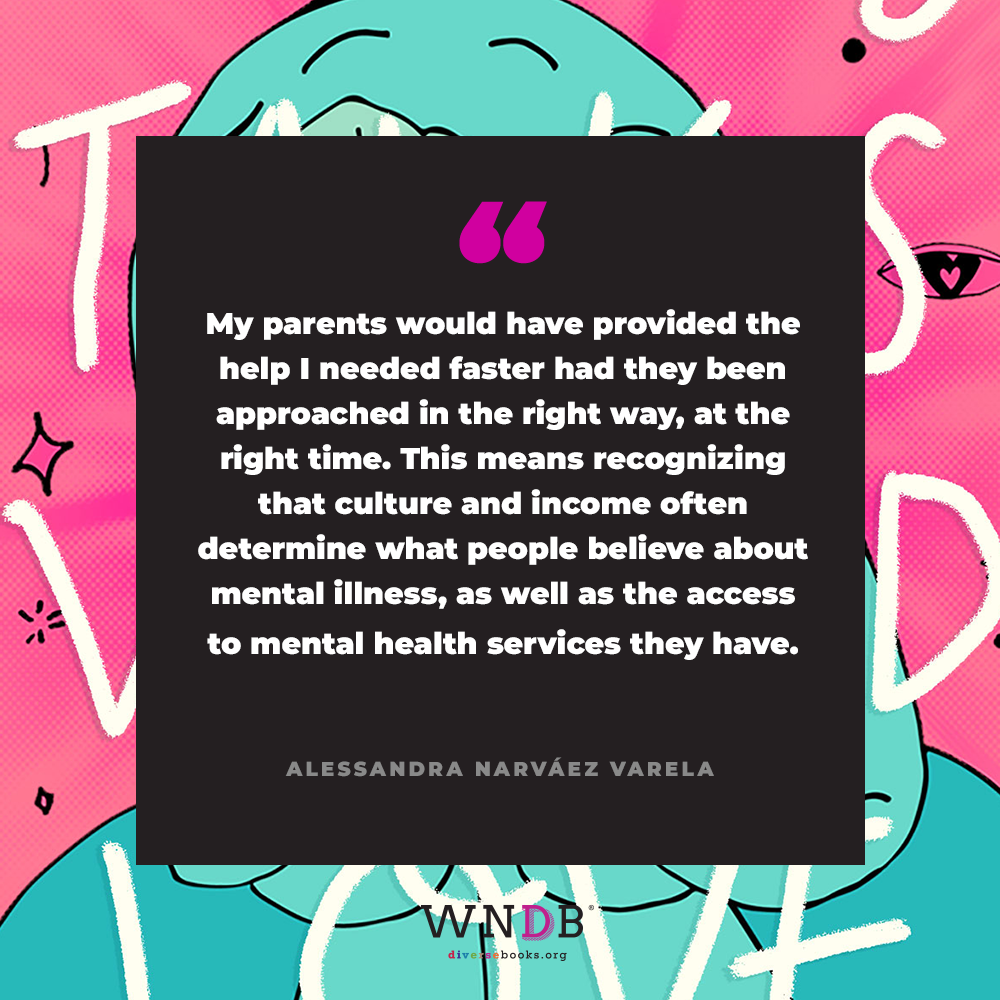 Since then, I’ve added therapy. I have also talked about depression and suicide openly with my family, friends, and students. In fact, one of the first times I talked about my suicide attempt publicly was in a college classroom. My students were supportive and thankful for my trust in them. This encouraged several of them to contact me when they felt unable to complete assignments because of depression or other mental illnesses. I have talked about this openly ever since while reminding students to use the university’s counseling services that their tuition is paying for. I also remind myself, every day, that if I don’t do everything perfectly, the world will, in fact, keep turning.

Without planning to, I wrote my first book about this. A novel in verse called Thirty Talks Weird Love whose protagonist, thirteen-year-old Anamaria Aragón Sosa, deals with suicidal ideation and a suicide attempt while being obsessed with school. Sound familiar? It should. I can’t say she’s me or I’m her. We are very different despite her taking off thanks to excerpts of my story. She’s braver than me, more self-aware, but she can’t take a joke as well as I can. More so, her parents have been given the chance to do better than mine. They have had the time to consider their daughter is not doing well, despite her mask-wearing talents, and unless they act, she will be lost. Literally or figuratively. You choose.

And we—teachers and writers—can choose too. Mexican and Mexican American parents can learn the signs through our writing and establishing a relationship of respect and encouragement. My parents would have provided the help I needed faster had they been approached in the right way, at the right time. This means recognizing that culture and income often determine what people believe about mental illness, as well as the access to mental health services they have. This also means acknowledging the challenges of hectic, non-traditional work schedules. We can play a role in helping them understand it’s okay to ruin the pozole dinner by talking about depression and suicide. We can help them to see their children unmasked.

I never planned to tell my students about my experience, but opting for honesty and vulnerability in the classroom strengthened my armor; it didn’t weaken it. So did recognizing that amorphous presence sitting on my shoulder, questioning its voice, and exorcizing its power through writing.

My suspicion, as I said before, is it likes it when I write about it. But what it doesn’t know is that it can grow smaller, until it’s nothing more than a pinprick-sized beauty mark, the more we write and talk about it.

The more we help others write and talk about it. 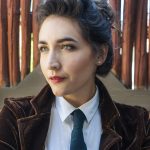 Alessandra Narváez Varela was born and raised in Ciudad Juárez, México. She earned a B.S. in Biology and an M.F.A. in Creative Writing from the University of Texas at El Paso, where she now teaches. Thirty Talks Weird Love is her debut novel.

Previous Post: « Q&A With Syed Masood, Sway With Me
Next Post: Cover Reveal for Wrong Side of the Court by H.N. Khan »
Applications are open for Literary Agents of Chang