“Where are you from?”

What to most seems like a straightforward question to answer for me is a confusing jumble of words that requires me to explain my whole background and family history. I was born in Fort Wayne, Indiana, and moved to Pittsburgh, Texas a year later. My Argentinian parents then once again relocated the following year, this time to the city of Querétaro, Mexico, where we lived for over 16 years.

My instinct is always to say that I’m from Mexico, but that doesn’t necessarily ring true. I wasn’t born there and have no Mexican family other than my brother, who just happened to be born there. My family still has an apartment in Mexico City that I visit about once a year, but I haven’t worked, studied, or lived there in almost a decade.

I’ve never felt American either. My first language is Spanish and I know next to nothing when it comes to American History, law, and geography but I can give you a detailed summary of Mexico’s history, geography, and constitution.

I’ve never identified as Argentinian. I’ve only visited the country to see my grandparents, aunts, uncles, and cousins and even they don’t see me as Argentinian. My Mexican Spanish is so loud and different from their castellano that sometimes it feels like we aren’t speaking the same language.

I think my mom could tell pretty early on that I was experiencing some sort of identity crisis. Growing up, my home library was extremely varied—you could find books in both Spanish and English and my mom encouraged me to read to make me more inteligente and so I could learn about different people. I threw myself into reading to try to find some semblance of someone that might look, think, and sound like me. From kindergarten until high school I was referred to by friends, classmates, and teachers as American or Argentinian while my extended family referred to me and my brother as ‘the Mexicans’—no one seemed to agree on what I was.

As I grew up and became aware of the fact that I didn’t fit comfortably into the labels that I was being assigned, I continued referencing books to try and find someone that I would relate to and whose label would fit me. Part of the challenge of growing up in Querétaro in the 90s and early 2000s was the limited number of books in English and Spanish that were available to me. My parents would bring books back from Argentina and the US every time we visited, but other than that, my reading choices were limited to what the school library offered, what we could get at Costco, and what our annual school book fair brought. It was in one of these book fairs that Esperanza Rising by Pam Muñoz Ryan landed in my hands.

From the second page, when Esperanza’s dad muttered a whole sentence in Spanish—making this the first young reader bilingual book I came across—I was hooked. My whole life until then I had been chastised and told that both languages weren’t allowed to mix. When I attended English class, I was expected to write, read, and learn in English. The same was true for my Spanish classes. When we had a vocabulary quiz and I would forget what the English word for apron was and tried to get away with scribbling delantal I would get a big red X from the teacher and I’d be reminded that I had to keep both languages separate. Seeing English and Spanish on the same page, coexisting, as they did in my head, was freeing.

As I kept on reading I realized that despite my strong initial connection to Esperanza we had drastic differences—we don’t look alike, I was never lucky enough to live with my abuelita or any extended family, and my Mexico and US experiences were obviously different from those that Esperanza lived since the story is set in the 1930s. But some things were eerily similar: We both depended on a loving domestic staff that helped raise us and became a part of our family and we were both made aware of the distinction between social classes very early on. When Esperanza arrives in the American farm camp where she and her family are going to live and work, others in the camp are quick to mock her and call her spoiled for not knowing how to cook or clean—which is similar to what I experienced when I would visit my cousins in the US. I now recognize that like Esperanza my experience growing up in Mexico was extremely privileged and my opinions and points of view were shrouded by my own privilege.

During my first semester of college, which was also the first time I ever attended school in the US, my public speaking instructor made a comment when I introduced myself to the class and answered her dreaded question, “Where are you from?” After I told the class that I was from Mexico her response was, “Oh, so like dirt roads and burritos? It must be so different here!” And it was. Querétaro is the fastest-growing city in the country. It hosts not only IT and machinery industries but also sprawling vineyards, agriculture, and has over a million inhabitants. It is internationally recognized by the UNESCO as a World Heritage Site.

My instructor immediately followed with another question that I would also become uncomfortably familiar with, “How come you don’t have an accent?” It was then that I learned that in terms of “desirable foreign-ness” I drew the golden ticket. I spoke Spanish and English fluently and with no accent—so as to not make anyone uncomfortable or make me “hard to understand.” I’m white—so white that if I throw on a dirndl I look like I stepped right out of an Oktoberfest ad. And as if that weren’t enough privilege handed out to one person, I was lucky enough to just happen to be born here. Unlike the international students who had to jump through a myriad of visa and paperwork hoops, I was conveniently labeled by the university as an international student, since I was coming from a Mexican high school, without anyone in the admissions office having to submit extra paperwork. It became clear that my privilege made me the kind of foreigner that is easy to welcome.

As I navigated through my first semester of college I found myself drawn to Esperanza Rising once again. I hadn’t given the book much thought in years but after being thrown in the middle of American college life I wondered if maybe Esperanza would have answers on how to navigate the US—just like when she helped me find my identity all those years ago.

“Esperanza, people here think that all Mexicans are alike. They think that we are all uneducated, dirty, poor, and unskilled. It does not occur to them that many have been trained in professions in Mexico…Americans see us as one big, brown group who are good for only manual labor.”

I continued telling instructors and classmates that I was from Mexico. When their eyes would widen, and they asked me follow-up questions that at times were loaded with bias I took the time to explain rather than shutting down, as I initially had. “Mexico means ombligo de la luna, the moon’s bellybutton. It is one of the most biodiverse countries in the world…”

Esperanza helped me realize that the only way I could help people understand my identity and culture was by unapologetically sharing it with them. Years later when I was a bookseller I continued to share it, this time by putting Esperanza Rising in as many little hands as I could—hoping she would help other children find themselves or learn about others, like I did. 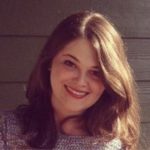 Maria Mann is a book publicist, book lover, and word wizard. When she’s not recommending books to reviewers she’s recommending them to her friends, family, and just about anyone who will listen, including her Chihuahua.