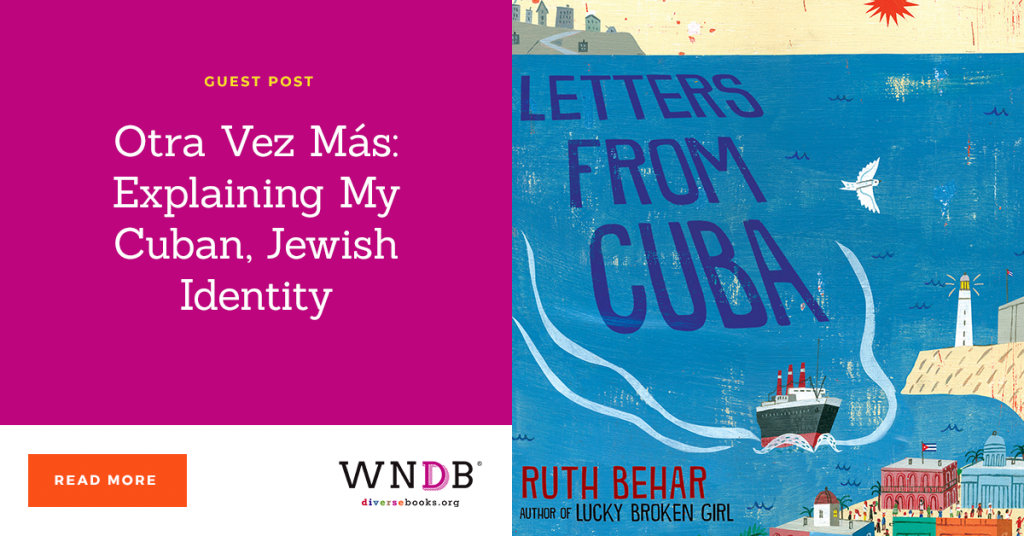 I have been explaining my identity ever since I arrived as a child immigrant to New York in the early 1960s. That I could be Cuban and Jewish seemed strange to most of the people I encountered—children as well as adults—even in a city as diverse as New York. The categories of “Cuban” and “Jewish” had distinct characteristics. That you could fit into both didn’t jibe with how Cubans and Jews were perceived. If I was Cuban, that meant I was Latina, but could Latinas be Jewish? And if I was Jewish, that meant I couldn’t speak Spanish as my native language. Issues of authenticity always arose—are you really Latina if you don’t pray to the Virgin of Guadalupe? Are you really Jewish if you eat arroz y frijoles negros for dinner every night?

From an early age, I was aware of social and racial categories. Because my identity was seen as unusual, I regularly had to divulge my family history and give a mini-lecture about my ancestry and genealogy. People would ask, “So is one parent Cuban and the other Jewish?” And I’d have to explain that both my parents were Cuban and Jewish, as was I. Then I’d tell the story of how this came to be, that it all began with the immigrant journeys taken by my four Jewish grandparents, each of them fleeing poverty and suffering, in Poland and Russia, on my mother’s side, and Turkey, on my father’s side, and landing in Cuba between the two world wars.

Why Cuba? My four grandparents chose to search for a new home in Cuba for a very simple reason—the door to the United States had closed. Racist immigration quotas set into law in 1924 viewed Jews from Southern and Eastern Europe as closer to Blacks than to white people in the racial hierarchy and thus not desirable immigrants. In turn, Cuba’s ruling elite wanted to attract more white Europeans to the island because the island’s Black population had increased after the abolition of slavery and the independence wars, and Jewish immigrants were seen as white enough for their racist demographic purposes. And so Jews were initially welcomed to Cuba. But with the rise of the Spanish Falangista movement and Nazism, the notion of Jewish whiteness soon came to be viewed as questionable.

In telling the story of my ancestry, there is yet another complication to my identity, which is that my Jewish identity is itself divided and mixed. For non-Jews, all Jewish people may appear to be a monolith, but there are intense divisions within the Jewish community. These divisions arise not only because of diverse interpretations of religious practice (being Orthodox or Reform, for example) but as a result of diverse cultural traditions and diaspora histories.

One of the key cultural schisms is the distinction between Ashkenazi and Sephardic Jews. The traditions of Ashkenazi Jews developed in Christian Europe, while those of Sephardic Jews developed largely in the Ottoman Empire, where they lived among Muslims after choosing expulsion from Spain in 1492 rather than conversion to Christianity. Ashkenazi Jews spoke Yiddish and Sephardic Jews spoke Ladino, an old Spanish with words borrowed from Arabic, Turkish, French, and other languages acquired in the course of many migrations. Food customs were markedly different too. Gefilte fish, matzoh ball soup, and bagels and lox are the delicacies of the Ashkenazim, but Sephardim prefer yaprak, or stuffed grape leaves, borekas, flakey pastries filled with spinach and Kashkaval cheese, and honey-soaked baklava.

I am very familiar with the schisms between Ashkenazi and Sephardic Jews because my mother is Ashkenazi and my father is Sephardic. When they wed in Havana in 1956, their union was viewed as an “intermarriage,” a dangerous Jewish miscegenation. That’s how foreign, and racially defined, their Jewish identities were to one another. Growing up with an “Ashkephardic” identity, I knew I was part of two very different and often opposed Jewish worlds.

There was certainly joy in being Jewishly mixed, just as there was joy for me in being Cuban and Jewish. I could move between communities, translate realities back and forth, be a messenger, a bridge. But there were ugly racial dimensions to this split too, and they became apparent to me in my own family. I noticed that some of my Ashkenazi relatives viewed themselves as logical, rational, reasonable, and modern in comparison to Sephardic Jews who they thought were irrational, hard-headed, and fixed in their ways. My father, who had spells of anger, was very moody, and who I had to battle to get a college education since he didn’t think women needed to study, seemed to support their negative impressions. And I, with my dark curly hair, thick eyebrows, and brown eyes, was told I looked more Sephardic than like my mother’s family, which included relatives with blonde hair and blue eyes. More damningly, I was told that with my strong will and tendency to hold grudges, I had a bad Sephardic temperament!

The person who often said this, a person I adored, was my maternal grandmother, my Polish grandmother Esther. Her heroic story of migrating from Poland to Cuba to help her father, my great-grandfather, bring the rest of the family to safety on the eve of WWII, became the inspiration for my novel, Letters from Cuba. I was the eldest of the grandchildren, and I knew she adored me too and saw a mirror in me because I loved to read and give speeches, just as she did. But still, ultimately, I was a little foreign to her. I’d inherited that Sephardic temperament.

As Adrienne Rich put it years ago in a classic essay, I also am “split at the root,” and will always be. After spending my youth explaining my identity over and over again, otra vez más, I’ve reached a wondrous phase in my old age. I contain multitudes and I pray for enough time to tell the many diverse stories that coexist in me. 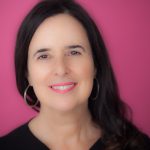 Ruth Behar, the Pura Belpré Award-winning author of Lucky Broken Girl, was born in Havana, Cuba, grew up in New York, and has also lived in Spain and Mexico. In addition to writing for young people, her work includes poetry, memoir, and the acclaimed travel books An Island Called Home and Traveling Heavy, which explore her return journeys to Cuba and her search for home. She was the first Latina to win a MacArthur “Genius” Grant, and other honors include a John Simon Guggenheim Fellowship, and being named a “Great Immigrant” by the Carnegie Corporation. She is an anthropology professor at the University of Michigan and lives in Ann Arbor, Michigan.