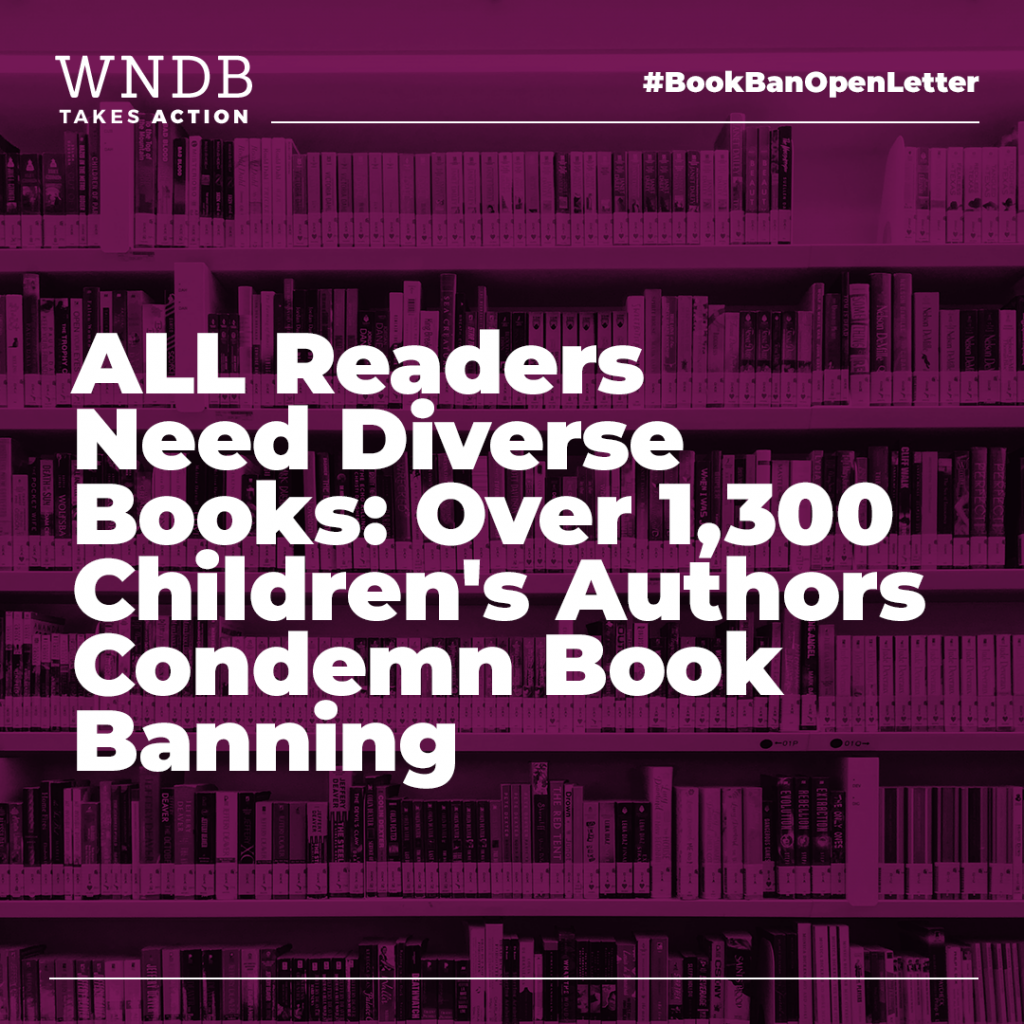 As book bans and challenges have spread nationwide, a group of children’s authors and illustrators are calling upon Congress to fight back against censorship and protect the rights of young people to access books freely.

In a letter addressed to the House Subcommittee on Civil Rights and Civil Liberties, the authors condemned the current wave of book suppression that specifically targets titles by creators who are LGBTQIA+ and Black, Indigenous, and people of color. They also emphasized the importance for every reader to read stories that reflect the diversity of the world—because this simple act can build empathy and compassion. With hate crimes rising in the US, reading diverse books remains a vital tool in combating prejudice and intolerance.

The letter was drafted by two-time Newbery Honor-winning author Christina Soontornvat, who was informed by a Texas school that they could not invite her to speak to students because they feared that conservative parents in their district would object to her living in a liberal city (Soontornvat resides in Austin). Alarmed by this decision and by the hateful rhetoric that has accompanied the growing list of banned books, Soontornvat decided to organize with other authors and develop a call for action.

“The pro-banning groups have overwhelmed an education system that was already overtaxed from dealing with the pandemic,” said Soontornvat. “They are creating an atmosphere of bullying and fear by pushing their political agendas and personal beliefs on schools, and it’s the children—our readers—who are suffering the consequences.”

WNDB stands with the letter organizers and remains committed to supporting diverse authors and illustrators, especially in an increasingly hostile climate that seeks to silence them. Research by PEN America has found that 41 percent of books banned in the US in the last nine months have featured protagonists of color, while 31 percent included LGBTQ+ topics or LGBTQ+ characters, with 7 percent of this latter figure featuring trans characters and topics.

“These book challenges are never about the content of the books themselves, and these challengers don’t care about keeping children safe,” said National Book Award winner Malinda Lo, author of Last Night at the Telegraph Club. “Their goal is turning back the clock to an imagined past when cishet white men were unchallenged and unquestioned. Make no mistake: that past never existed. We have been fighting for our rights for centuries. And we can’t let them create that kind of dystopian future now.”

“When books are banned, students’ knowledge base is stunted. Students who do not see themselves and their concerns in books are denied vital tools for self-worth and growth,” said Stonewall Book Award winner Alex Gino, author of <Melissa, which is one of the most challenged books in the US. “And students who do not learn about the larger world in books are denied the awareness that enables them to be prepared for their lives ahead. Book challenges aim to protect a purity that has never existed, often at the expense of marginalized people.”

“Schools already have systems in place to handle parents’ concerns with their own child’s reading material,” Soontornvat added. “But when parents impose their politics or personal beliefs on all students, it violates their constitutional rights to access ideas and information.”

WNDB will continually strive to support diverse creators with grants, mentorships, and workshops. We will also aid educators nationwide via programming like WNDB in the Classroom, which has donated over 75,000 diverse titles to schools and libraries, and the Educators Making a Difference Grant, which provides financial support to teachers and librarians who recognize the importance of diverse books.

We believe that books can teach empathy and that, in the words of Dr. Rudine Sims Bishop, readers need books to be “windows, mirrors, and sliding glass doors” into the lives of diverse communities. We call upon Congress to take action now so that every child can find themselves in the pages of a book.

About We Need Diverse Books: We Need Diverse Books is a 501(c)(3) nonprofit organization that runs 12 exciting initiatives united under one goal—to combat systemic racism and oppression by creating a world where everyone can find themselves on the pages of a book. Established in 2014, WNDB strives to support and amplify diverse literature by mentoring marginalized creators, providing resources to diverse publishing professionals, and donating diverse books to schools and libraries nationwide. Learn more at diversebooks.org.

Previous Post: « Cover Reveal For When You Wish Upon a Lantern by Gloria Chao
Next Post: Letter from 1,300 Children’s and YA Authors on Book Banning »