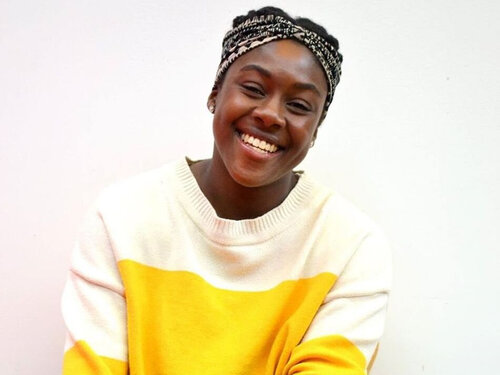 Content note: Mentions of ableism, including internalized ableism, impacting people with myalgic encephalomyelitis (ME) and other chronic illnesses

You can’t go out. You’re stuck indoors for an indefinite time. There’s an illness, with no known cure, preventing you from living your life as you should. Sound familiar? You know it from COVID-19 lockdown, right? And if you or a family member has had the novel coronavirus, maybe you’re unlucky enough to know what it’s like to be unwell and then find you’re not recovering—and still have symptoms months later. If this is you now, you may still be in shock. Stuck at home and ill, when only months ago you were out and about, living an active life.

Well, for some of us, neither of these things is new.

I was twenty-five and working as a teacher when I became ill with the flu. It knocked me out, but I still expected to be back to normal in a week or two. I wasn’t. I felt giddy when I tried to get out of bed, exhausted getting to the bathroom and back; my glands were swollen in my neck, and my whole body ached. These feelings didn’t go away. Weeks went by, then months. I was diagnosed with postviral fatigue and then, after six months, myalgic encephalomyelitis (ME), also known as Chronic Fatigue Syndrome. For the next ten years, my activity was severely restricted. The most I managed to walk was for ten minutes at a time. To go farther, I needed to be pushed in a wheelchair. I lived with my mother caring for me for much of that time, then I moved into a supported flat for disabled people. Eventually, with the help of an expert who visited me at home, I began to improve with careful pacing and an extremely gradual increase in activity. After months, I found to my amazement that I could walk for twenty minutes. I was still in pain, but it didn’t get any worse. After this, I turned a corner: My inner batteries seemed to recharge, and I regained a quality of life, was able to work a little, did a writing course, got married, had children. All this time, though, I still had to be careful, as I only needed to overdo it a little and I would have a setback. My immunity was still low, so if I got a virus, it took much longer to recover.

So when I had the idea to write a book in which the main character had ME, I immediately had doubts. I was reluctant to think about it, didn’t want to remember how bad it was at its worst. I felt a kind of survivor guilt for having improved so much when many others had not. And I felt almost superstitious that even by focusing it my symptoms might return.

Tentatively, I looked online to see what was going on in the world of ME. Surely research would have been done to find answers and treatments over twenty years from my original diagnosis? But no, nothing had changed. Nothing at all. Despite millions of people struggling with the condition worldwide. (In the United States, numbers are estimated between  836,000 and 2.5 million.) I watched Jennifer Brea’s amazing film, Unrest, which she made from her bed in the U.S., interviewing other bedbound people around the world about their experiences, and I found it incredibly moving.

I looked for other YA books with characters with ME and found none. I realized I had to do this—how important it was. I began to plot an exciting mystery, with my main character housebound but witnessing an abduction from her bedroom window. At the same time, I needed to find out more about life as a teenager with ME.

My thoughts turned to someone I knew who had asked me for advice in the past as her fifteen-year-old granddaughter had ME. I approached her, hoping her granddaughter might help me with research. She shook her head, her face full of sadness. Cherry, now nineteen, was not only housebound but bedbound, unable to tolerate light or sound, and she had recently become unable to swallow so was having to be tube-fed. Can you imagine? Lying in a dark room, aching and giddy, your head spinning if you put on the radio or if someone tries to talk to you? And no one with any idea why this has happened to you or how to treat you? And many not believing your condition is real?

Shocked, I was even more motivated to raise awareness. I put out a call through social media for teenagers with ME who’d be prepared to answer a questionnaire. I had many responses and was very moved by the struggles teenagers were experiencing. For example:

ME is like a leech. It sucks away at everything in your life, not content with your physical health it also takes your mental health, friendships, independence, and to some extent parts of your personality.

At twenty-five, at least I was a graduate, a qualified teacher. As a teenager, missing out on crucial age-related milestones—things like exams, social events, growing up—it must be so much harder. Here are some more questionnaire responses:

Being a teenager, it’s a time when you are meant to be gaining independence, and yet you become as dependent as an infant. It’s honestly humiliating.

I had a boyfriend when I was first diagnosed but everything became quite awkward and hard as I couldn’t go out on dates as I was too tired and he didn’t really understand why I just wanted to sleep or why I was in a lot of pain, so we broke up.

When I was first homebound, it was extremely painful to be trapped in my bed and watching (on social media) everyone that I used to know get on with their lives.

And even now I can’t get [an] education cause I need to be there full time and I can’t get to college.

I also really missed out on some regular life experiences, things like prom and learning to drive.

It made me realize that none of my friends, at the time I got sick, were real friends. I know this because they all forgot about me the moment I got sick. I left school for a couple of months, and it was as if I had ceased to exist.

There were more positive aspects too:

A big part in my life is on social media, I have met friends online that are supportive. It’s the only contact I have with the outside world. and I do a lot of reading to keep my mind off the pain.

It’s getting easier, and I’m relearning how to connect with people. I’m learning that they can indeed understand the basic facts of my reality if they listen long enough and just care enough to try.

I also realized that although I considered myself recovered, I do still have ME, just more mildly. I only operate at around 60 percent of normal energy. This is way better than in my twenties but still very limiting. I couldn’t work full time, for example. But I can write. I can do it in my own time and take breaks when my health stops me from doing more. And I’m lucky because writing is something I love.

When I finished writing The Girl Who Wasn’t There, I dedicated it to Cherry, now twenty-one. She is still bedbound but has made small improvements. I think about her every day.

The Girl Who Wasn’t There by Penny Joelson comes out on November 3, 2020. Pre-order it here! 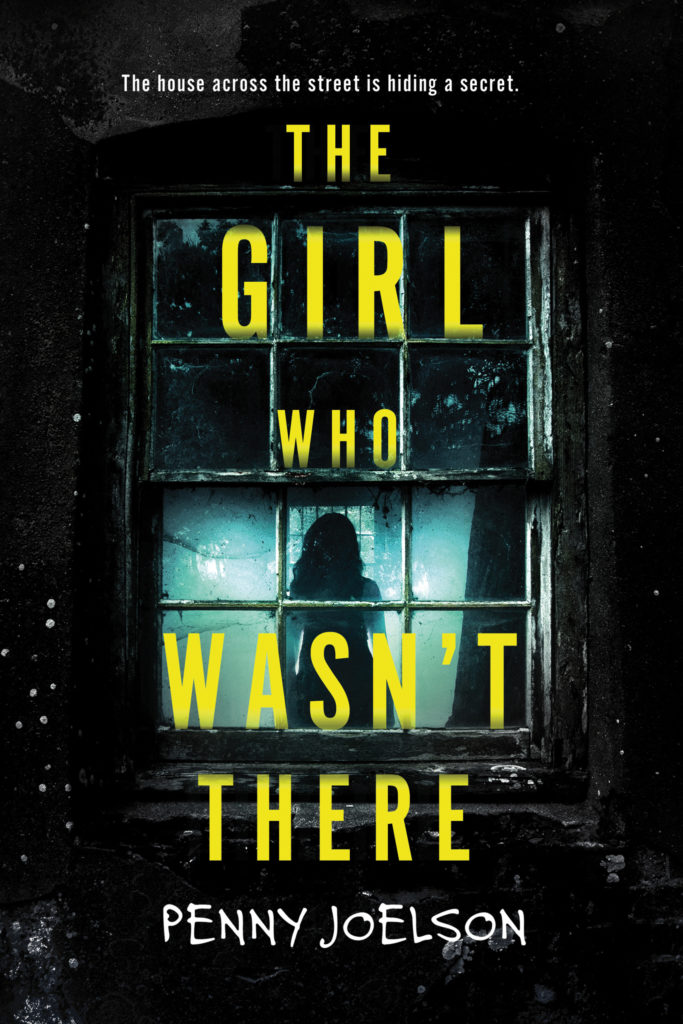 Nothing ever happens on Kasia’s street. And Kasia would know, because her chronic illness keeps her stuck at home, watching the outside world from her bedroom window. So when she witnesses what looks like a kidnapping, she’s not sure whether she can believe her own eyes…

There had been a girl in the window across the street who must have seen something too. But when Kasia ventures out to find her, she is told the most shocking thing of all: There is no girl. 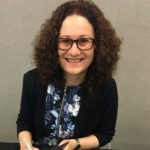 Penny Joelson was born in London where she still lives with her husband and two children and teaches creative writing. She began working with disabled people when she was a teenager, which gave her the inspiration and insight for I Have No Secrets. Find Penny on Twitter: @pennyjoelson.

Previous Post: « Q&A With Bassem Youssef and Catherine Daly, The Magical Reality of Nadia
Next Post: How To Make Change Even if You Can’t Vote »
Agents: @literaryagentsofchange is looking for men