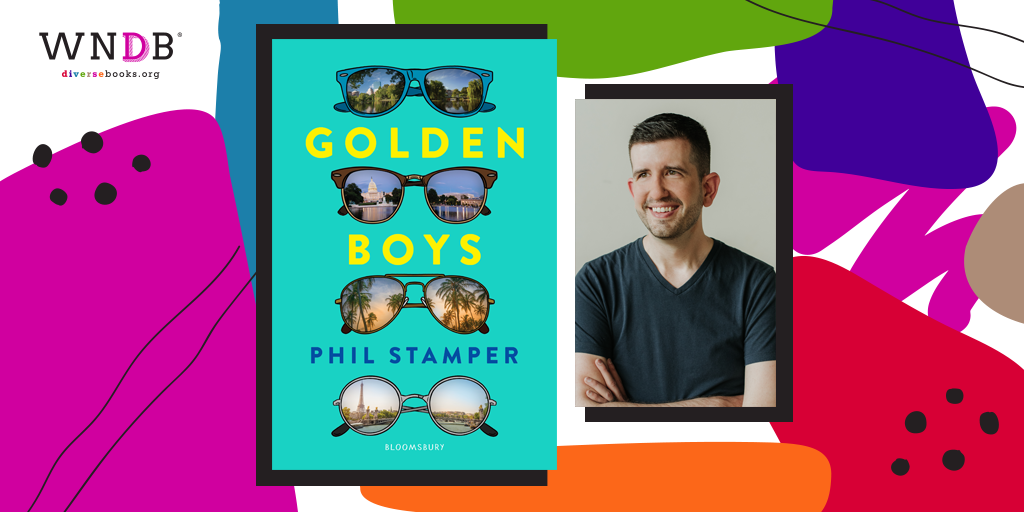 Phil Stamper’s latest YA, Golden Boys (out February 8, 2022) promises to be a story of queer friendship centering four boys from the same rural town who all embark of separate summer adventures. In responses to questions sent via email, Phil spoke about the struggles of writing queer joy throughout the raging pandemic, how he got into writing in the first place, and a dream he hopes to see come true for this book.

“Each book comes with a new set of challenges, and with so much despair in the world right now, there are days it’s truly impossible to tap into that source of joy that drives all my stories,” Phil said of the general state of the world. “Even though you know I’m going to add a healthy amount of drama in my books, they’re ultimately about queer joy, and queer hope, and that’s not something I can fake.”

What keeps him going, keeps him tapping into the well of joy, are the messages he receives from readers, ones who’ve seen themselves or found joy through his words.

“I’ve found that when readers connect with a story so much, they will email you, DM you, tag you in a billion posts on social media, all to make sure the author knows that their story touched their heart,” he said. “And I think that’s so special, and that’s the kind of joy that drives me to write the best books I can.”

Though he read lots as a kid, Phil says he wasn’t much of a reader—he was a musician and composer who majored in piano, and he describes music as another form of storytelling.

During his early career in PR, though, Phil felt the tug to return to telling his own stories.

“After reading (and loving!) all 300,000 YA dystopian novels that came out in the early 2010s, I thought I should try writing my own YA novel,” Phil said. “It wasn’t for another eight years until my debut came out, but I was able to improve my craft and home in on the exact stories I wanted, or needed, to tell, and I’m so glad that I was able to make storytelling a permanent part of my life.”

Speaking of craft, Phil said he tries to put his whole heart into the stories he tells. With his first book, The Gravity of Us, “I stepped outside of my comfort zone to present a queer YA love story where their identities were never a struggle, their sexuality was never a plot point,” Phil said.

As for his second novel, As Far As You’ll Take Me, Phil said he “had to tap into my own experiences with disordered eating, extreme anxiety, and the uniquely queer experience of…ignoring every red flag and falling for the first boy who makes you feel special to get that honest story on the page.”

Finally, Golden Boys. For this book, Phil said he focused on “queer excellence and found families.”

The inspiration for Golden Boys comes both from other excellent YA and Phil’s own life. “​​I was inspired by some of the classic YA stories—Sisterhood of the Traveling Pants, Sarah Dessen’s books, and plenty of other coming-of-age books where friendship and romance intertwine to make a compelling, aspirational story,” Phil said. “I wanted to pull this off with a cast of queer boys, and in that way, I got to reimagine what my teen years could’ve looked like if I had that support system from an early age.” 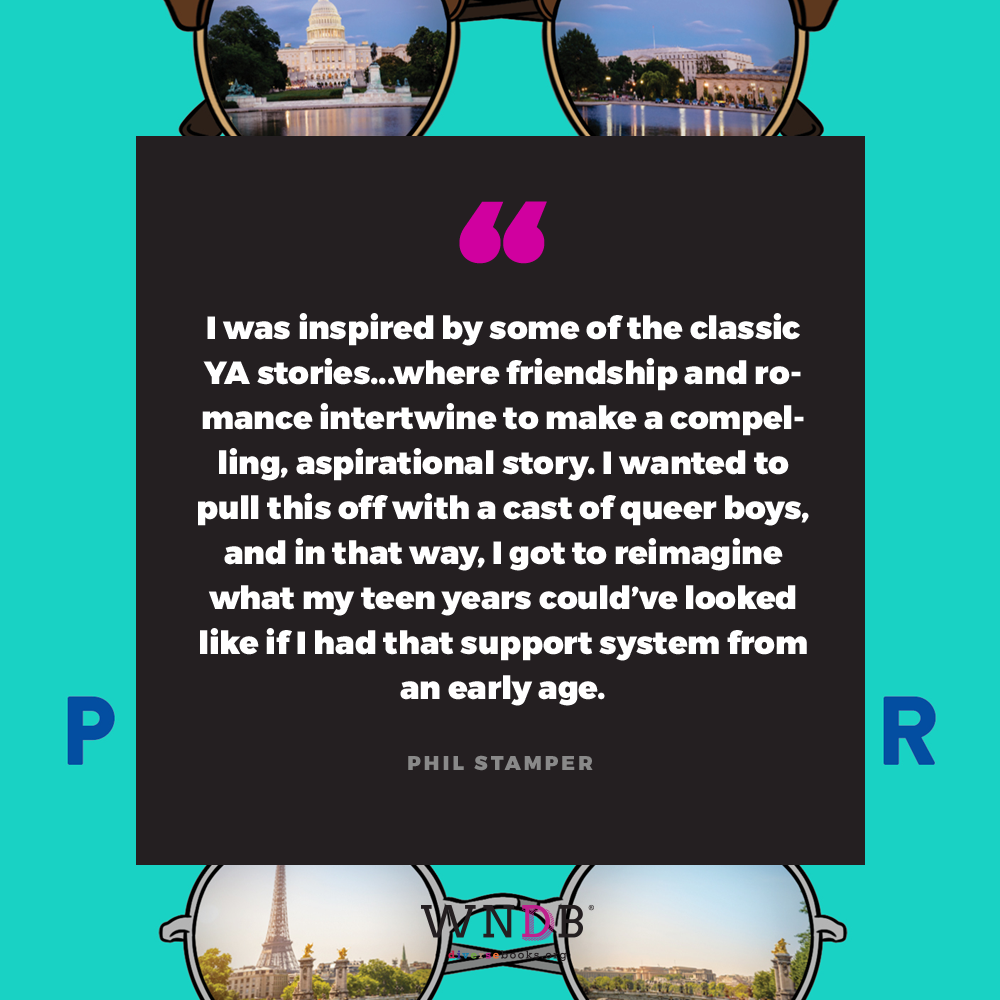 In telling this story of four teenage boys and their friendship, Phil uses four points of view, something he had never done before and which was a creative stretch for him.

“Once it all started clicking, that ended up being the most rewarding part,” he said. “I’m so proud that I was able to create four unique characters, each with their own personalities, wants, needs, and fears, all tied together by their friendship with each other.”

And from early reader feedback, it seems Phil has succeeded in writing characters readers can root for—he said he’s been surprised that reader opinions have been so evenly split on which of the four boys is the favorite.

One big dream Phil is harboring for this book is that it will show up in Target. He expressed admiration for the diverse array of books Target has been promoting lately, and added that for teens growing up in towns without indie bookstores or great libraries, Target can be an excellent purveyor of diverse books in which they can be seen.

Six Crimson Cranes by Elizabeth Lim is, he said, “such a captivating story with a world that was so well built you’ll never want to leave.”

Like me, Phil was blown away by If This Gets Out by Sophie Gonzales and Cale Dietrich, which he called, “pure fun—I was hooked from the very beginning, and I just couldn’t get enough of the main romance.”

Finally, Phil recommends looking forward to 2023 for Edward Underhill’s Always the Almost. “queer YA contemporary romance featuring a trans classical pianist,” Phil said. “It’s such a heartwarming coming-of-age story that balances friendship, romance, and overcoming adversity, and it should be on everyone’s TBR.”

Phil Stamper is the bestselling author of The Gravity of Us and As Far As You’ll Take Me. His stories are packed with queer joy, and his characters are often too ambitious for their own good. Born and raised in a rural village near Dayton, Ohio, he now lives outside New York City with his husband and their dog. Golden Boys is the first in a duology. www.philstamper.com, @stampepk

Previous Post: « Abdi Nazemian’s Chandler Legacies Is a Guiding Legacy for Kids
Next Post: Q&A With Lisa Yee, Maizy Chen’s Last Chance »
Save the date for the #WalterAwards23! You can now