The Black Creatives Mentorship for Black Creatives will introduce Black writers to the ins-and-outs of the publishing industry through one-on-one mentorship and programming with other industry professionals designed to develop their networking skills as well as hone their craft.

Back to the Black Creatives Fund

Participants will be matched with an experienced creator of children’s books and will receive individual support and feedback on their manuscripts. Mentees will begin the process with a mostly completed (at least ⅔ finished) work-in-progress and conclude the program with a fully completed draft.

Mentees will form a cohort with dedicated space on a separate platform to engage with each other, with a goal toward building a community of Black creatives who will support and uplift each other's work. The platform will also host virtual events for mentees to learn more about the publishing process, to be hosted by various industry professionals. We will also conduct monthly Q&As with the mentors.

Participants will be expected to partner within the cohort to support each other through constructive critique. The bulk of your writing critique will come via your partner with some support via your mentor. 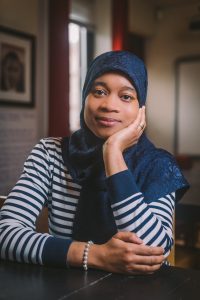 Jamilah Thompkins-Bigelow (PB) is an award-winning children’s book author and educator who aspires to be a griot. That is, she strives to create stories with lyrical language, unforgettable voice, and dialogue that begs to be read aloud (or even sung). Her picture books and middle grade fiction center young Black Muslim protagonists and include Mommy’s Khimar, Once Upon an Eid (anthology contributions),  and Your Name is a Song, an Irma Black Award honor book. These works have been recognized as the best in children’s literature by Time Magazine, Read Across America, and NPR.

Her upcoming picture books include ABDUL’S STORY (2022), a story of a boy who struggles with writing skills, HOLD THEM CLOSE: A LOVE LETTER TO BLACK CHILDREN (2022), and SALAT IN SECRET (2023), a story of a child looking for secret places to pray. Her co-authored MG novel, GROUNDED, will be published in 2023. She lives with her family in Philadelphia. 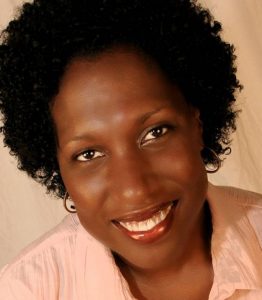 Tameka Fryer Brown (PB) is a picture book  author whose titles include the Charlotte Zolotow Honor-winning MY COLD PLUM LEMON PIE BLUESY MOOD and BROWN BABY LULLABY, winner of the 2021 Anna Dewdney Read Together Award. Her work is also featured in the widely-acclaimed anthology, WE RISE, WE RESIST, WE RAISE OUR VOICES.

Brown’s forthcoming picture books include TWELVE DINGING DOORBELLS, a humorous tale about Black family gatherings; NOT DONE YET: SHIRLEY CHISHOLM’S FIGHT FOR CHANGE; and THAT FLAG, a story about best friends divided over the meaning and significance of the Confederate flag. To learn more about Tameka Fryer Brown and her work, visit her website: tamekafryerbrown.com. 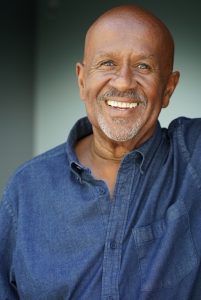 Fracaswell Hyman (MG) is a teller of stories in everything he does. He is an author, an actor, a producer and a stage and television director with extensive credits in original programming for children’s television. He created and executive produced THE FAMOUS JETT JACKSON, the first Disney Channel fictional, live-action original series. Hyman adapted Bill Cosby’s LITTLE BILL books for television and served as head writer/producer for the first two seasons. Hyman was the co-creator and executive producer of Nickelodeon’s sitcom ROMEO, and he was Executive Producer of Nickelodeon’s ALMA award winning sitcom TAINA. His first middle grade novel series, MANGO DEIGHT, MANGO IN THE CITY and MANGO ALL THE TIME are available at bookstores and libraries worldwide. 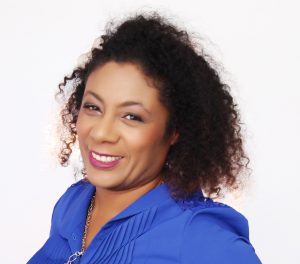 Patrice Lawrence (YA) is a British writer of Caribbean heritage. She writes stories that pick away at social injustice. Her books have been shortlisted for the Costa Children's Award, won the YA Bookseller Prize, the Waterstones Prize for Older Children's Fiction, the Crime Fest YA Prize twice, the Woman and Home Teen Drama Award and the inaugural Jhalak Children and Young People's Prize. She has also been a judge for many book awards including the Costa prize, the BBC Young Writers Award, the Little Rebels Book Prize and the Queen's Knickers Award and is a judge for the 2022 Jhalak Prize for Children and Young People.  She has been nominated for the prestigious Carnegie Award six times and was awarded an MBE for Literature in the 2021 Queen's Birthday Honours. Patrice has four books that will be published in 2022, two picture books, one (debut!) middle grade and a YA novella. 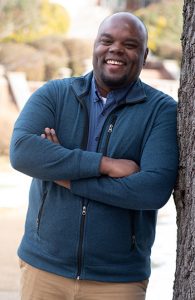 Kwame Mbalia (MG) is a husband, father, writer, a New York Times bestselling author, and a former pharmaceutical metrologist in that order. His debut middle-grade novel, TRISTAN STRONG PUNCHES A HOLE IN THE SKY was awarded a Coretta Scott King Author Honor, and it—along with the sequels TRISTAN STRONG DESTROYS THE WORLD and TRISTAN STRONG KEEPS PUNCHING, out October 5th—is published by Rick Riordan Presents/Disney-Hyperion.

He is the co-author of LAST GATE OF THE EMPEROR with Prince Joel Makonnen, from Scholastic Books, and the editor of the #1 New York Times bestselling anthology BLACK BOY JOY, published by Delacourte Press. A Howard University graduate and a Midwesterner now in North Carolina, he survives on Dad jokes and Cheezits. 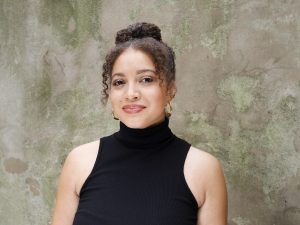 Alexandra Sheppard (YA) is a children's author from London, UK. Her debut novel Oh My Gods was published by Scholastic and featured in Buzzfeed, Refinery29 and The Guardian's Summer Reading List. It was also shortlisted for the Bristol Teen Book Award 2019.
Her short story was featured in the Knights Of anthology Happy Here and her debut middle-grade novel is coming soon. She loves to write funny, fantastical stories about quirky families with a twist of magic. 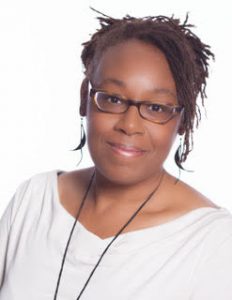 WNDB will offer seven mentorships in total to creators who identify as part of the African diaspora. The mentorships will be split among the following categories: 3 Picture Book (PB), 2 Middle Grade (MG), 2 Young Adult (YA). The winners will be matched with a mentor for six months and this mentorship period will focus on:

The Mentorship will run on a six-month timeline, with monthly programming that will include: industry brown bag lunches, mentor-run forums run, online networking events (Meet An Agent…, Meet An Editor…, Meet A Publicist), mentee check-ins, and critique partner matching.

Part of the purpose of this mentorship program is to ensure that mentees are getting an introduction to the publishing industry via different avenues.

The writing mentorships are available to writers who identify as part of the African diaspora and who can submit a partially completed WIP. The WIP should emphasize and center the experiences of Black protagonists and should also focus on a diverse central subject matter.

Applicants may only apply for one of the three mentorship categories. Applicants who do not comply with submission rules will be disqualified. Previous recipients of the WNDB general Mentorship program may not apply for this opportunity.

Applying for the WNDB general Mentorship program and this BCF program will not disqualify applicants, but they will not be allowed to take on both opportunities.

The WIP should not be published in any shape or form in other forums. That automatically disqualifies writers BUT if they have other published work they can still apply for and receive a BCF mentorship.

Using an anonymous system to read and select applications, the first-round judges will select a pool of final applicants based on merit of the work submitted. Once the final pool is selected it will be submitted to mentors  who will select their mentee based on merit, compatibility, and readiness/need for the mentorship as outlined in their essay.

Applicants who do not comply with submission rules will be disqualified. 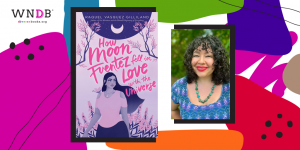 You Do Not Have to Explain Your Magic 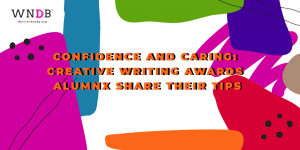 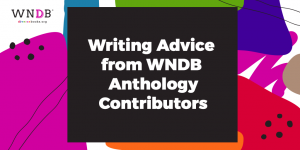 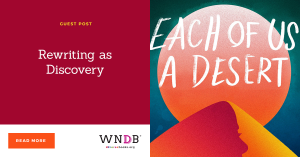 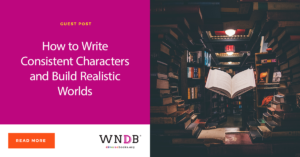 How to Write Consistent Characters and Build Realistic Worlds 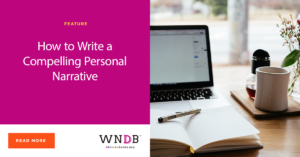 How to Write a Compelling Personal Narrative 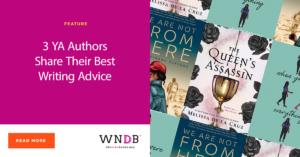 We're thrilled to reveal the cover for AAAHHH! by

"For the past three years, MELISSA has been the mo

Calling all book lovers! Have you taken a look at

PASSPORT by @sophiadrawsdaily is a graphic memoir

WHAT'S THAT? by Karen Chan, illustrated by @basiat