Only 1.1% of children’s books published in the United States today depict characters from American Indian and First Nation populations, according to statistics compiled by the Cooperative Children’s Book Center. When kids open books, what do they find? Few, if any depictions of Indigenous people. That sends the message to Native kids that they don’t belong in the world of books and to non-Native kids that Native people don’t matter.

To address this issue head on, WNDB created the Native Fund. This initiative aims not only to give Native books to Native students, but to support Native creatives and educators as well.

Native Children’s and YA Writing Intensive:

Starting in 2020, WNDB has hosted a workshop and retreat for Native writers and illustrators, providing them with a space to share their projects and gain valuable feedback from esteemed faculty members. The intensive will be held online in 2021 due to the COVID-19 pandemic, but the intention and impact remains the same. We will also increase the number of participants to 20. 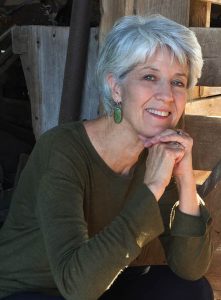 Leslie Widener is an author and illustrator of books and stories for children. She has illustrated six Choctaw-related picture books, including Chukfi Rabbit’s Big, Bad Bellyache; The Turkey Who Liked to Show Off; Why the Turtle Has Cracks on His Back, and others.

A member of Choctaw Nation of Oklahoma and Society of Children’s Book Writers and Illustrators, Lesie lives in McKinney, Texas with her husband and artist Terry Widener.