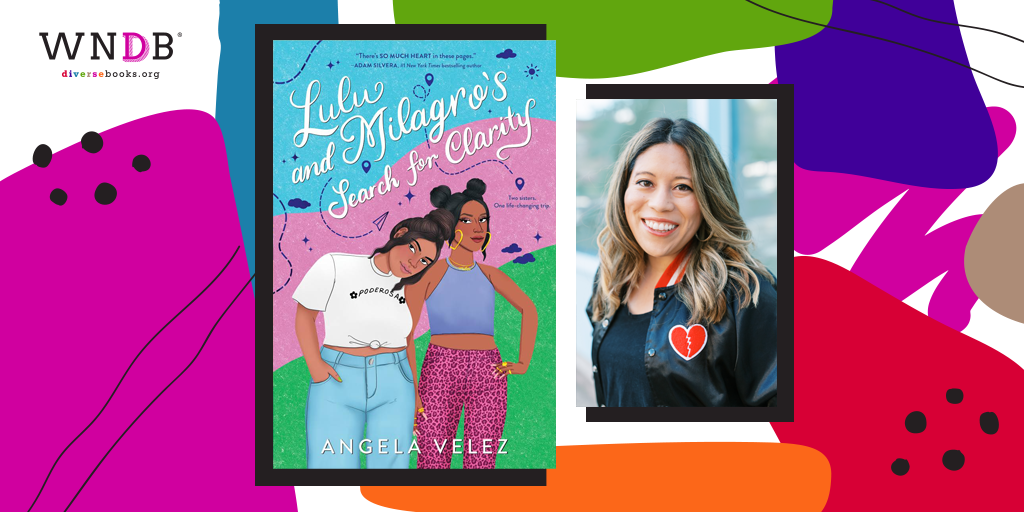 Today we’re pleased to welcome Angela Velez to the WNDB blog to discuss YA novel Lulu and Milagro’s Search for Clarity, out February 8, 2022 from Balzer + Bray!

Overachiever Luz “Lulu” Zavala has straight As, perfect attendance, and a solid ten-year plan. First up: nail her interview for a dream internship at Stanford, the last stop on her school’s cross-country college road trip. The only flaw in her plan is Clara, her oldest sister, who went off to college and sparked a massive fight with their overprotective Peruvian mom, who is now convinced that out-of-state-college will destroy their family. If Lulu can’t fix whatever went wrong between them, the whole trip—and her future—will be a waste.

Middle sister Milagro wants nothing to do with college or a nerdy class field trip. Then a spot opens up on the trip just as her own spring break plans (Operation Don’t Die a Virgin) are thwarted, and she hops on the bus with her glittery lipsticks, more concerned about getting back at her ex than she is about schools or any family drama. But the trip opens her eyes about possibilities she’d never imagined for herself. Maybe she is more than the boy-crazy girl everyone seems to think she is.

On a journey from Baltimore all the way to San Francisco, Lulu and Milagro will become begrudging partners as they unpack weighty family expectations, uncover Clara’s secrets, and maybe even discover the true meaning of sisterhood. 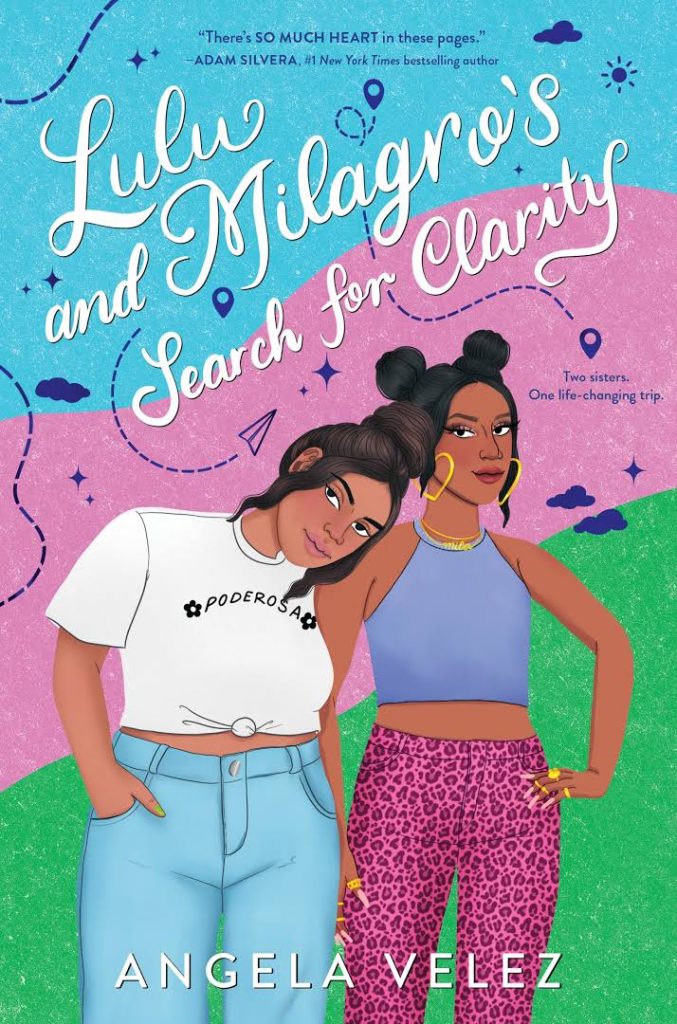 What was it like writing about Lulu and Milagro’s emotions since you were the oldest sibling? Was it hard to write about the younger and middle child, being the oldest?

With Lulu, even though she is the youngest sister since Clara is gone, Milagro and Lulu are in this battle over who is the more responsible sister. Neither of them trusts each other. So even though Lulu is the youngest, she is the much more forward-thinking sister. When developing these characters, Lulu has a lot of similar traits to me, like a focused goal on a particular college and the necessity to maintain good grades. Milagro was more of who I envisioned I wanted to be. She was like the other version of me. I did not go into this book based on my perception as the older sibling, but you can still see that even with the limited time Clara is there, she has a lot of responsibility and pressure on her to be a role model. You have to do well for yourself, your parents, and your younger sisters. She drew a road map that Lulu and Milagro wanted to break out of.

Clara is the role model in this book. A lot of weight is put upon her shoulders before she leaves for college. She seemed to portray the perfect first child character very effortlessly. Do you think due to this fact, she regressed academically as she started to feel the need to try new things out?

It is ubiquitous for children without an example of family members going through college. I think this is common for older siblings or people with really high expectations of themselves, even if your family is okay with you messing up. But you hold these ideas that you can’t mess up, and things have to go well. I worked for a while as a college advisor, so I would work with freshman and sophomore students in college helping them pick classes, and I saw other students similar to Clara. They have a very set goal in mind when they enter, when they have a terrible experience in a class and doubt the career path they want to pursue, but are afraid they will let down their family. A lot of success is trying again and doing better, so without an example, it is hard to know if you will succeed in what you are going or.

In the case of this book, their mom is a very successful woman, but the type of success the kids want is very different.

Clara, having landed in college, is unable to manage her new independence with the original goal she had in life and is lost somewhere along the way. Lulu, meanwhile, is lost in a quagmire of failure and lies. Do you feel that you lie to protect yourself from loss?

In this book, the sisters get mixed-up messages on how young women should behave. A lot of lying is tied to shame and that it is wrong to mess up. The lie is a way to cover up that shame. Milagro does it when she lies about what she and Pablo are up to because she is ashamed of what she wants to do with him and what she can’t do. Lulu is lying ahead of time so she won’t experience messing up. She protects herself with these lies. No one will know she is imperfect. This is not a long-term solution. I wanted to show that close family and friends who know you well will see through the lies with the lies. Also, it can be a significant growth opportunity if you make amends for your lies and recognize why you lied. When the mom is lying to Lulu and Milagro, she knows that it will force Clara to come out with it by herself, and it kind of shows lying, and truth, can help us see what is important to us and how we can achieve our following levels of growth.

Going more into Milagro and Pablo. Why do you feel she needed to have a specific type of relationship with Pablo?

It is a normal curiosity because if you are romantically attracted to someone, you may want to experience it. But I also feel it has something to do with a sense of rebellion because Milagro was told repeatedly by her mom, school, and aunt that this is not something you should experience. I also think Milagro is talented and has a lot of good traits like being a good friend and being witty, but on paper, it is not something that people can point to, unlike a test score or volunteer hours. People don’t mean to wear an outfit and say, “you can pull off a good outfit,” so she is looking for ways to stand out and define herself. What she is doing is not bad, but she doesn’t need Pablo to stand out, and through her journey, she realizes, “Who I am is more than okay,” and that she does play a vital role in her family.

What was the most challenging part of writing about these two sisters and all their emotions?

I think making sure that I was in character for each sister, even though they are super close. I did not want the reader to question who was talking, and I wanted there to be no mystery about which character was speaking. That was hard since, though they are two very distinct characters, many of their experiences are very similar. 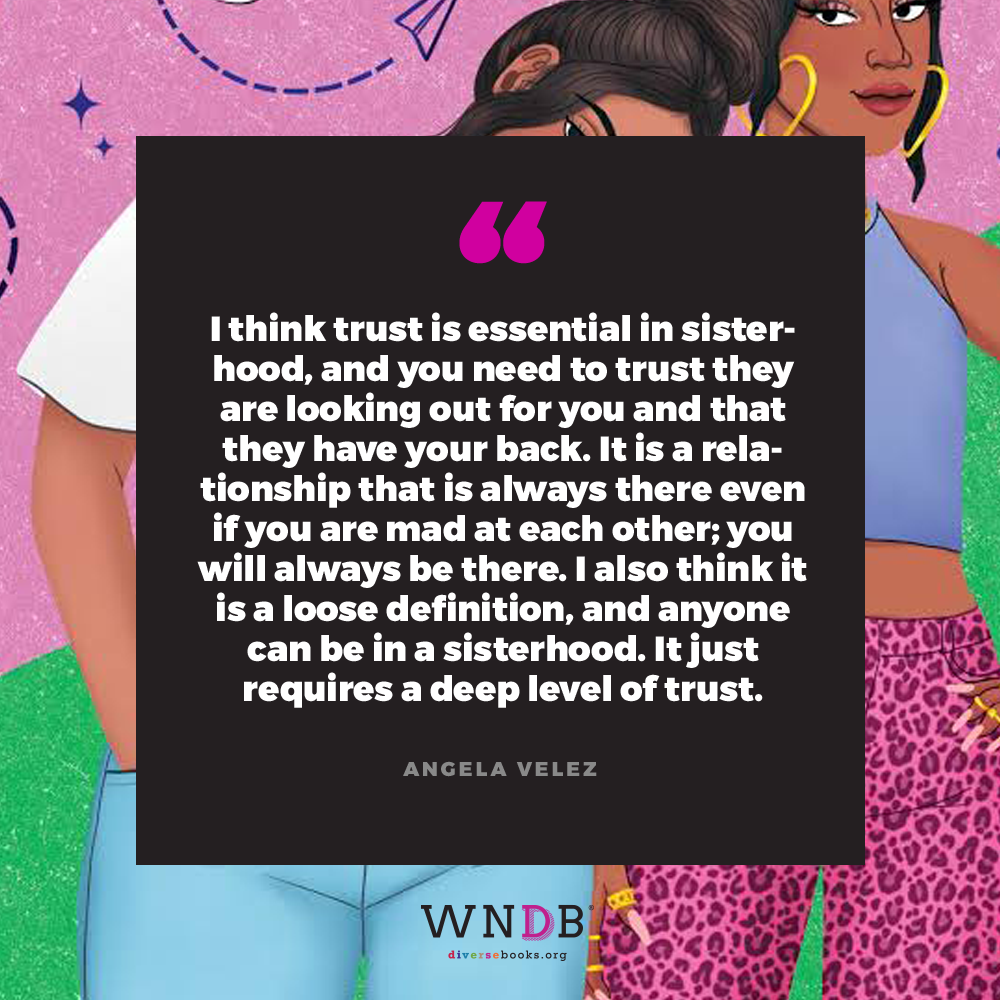 As the story goes on, the two sisters step into each other’s shoes. Was this intentional? Do you feel they learned more about each other through their strengths?

Lulu seems set on college, specifically Stanford; she thinks that the ultimate goal in life is college. When learning Leo has also been accepted into the same place, she gets enraged and damages her relationship with Leo (for a short amount of time). Do you feel that the high expectations/the goals you have in life can ruin relationships?

I think it can if you are so single-focused. When I used to work in advising, I told students their grades and GPA are essential, and your internships, activities, and summer programs are also important. But then it’s like a triangle, so things like getting 6 hours of sleep, calling your mom, and having friends are also important. It’s tough to do the grades and extracurricular part without being happy with yourself. There is more to life than school, which I emphasize in the book. I try to show that having friends and hanging out with others makes you happier, stronger, and more prepared. So my answer to your question is if you are single-tracked in achieving your goal, it can damage relationships, but if you let yourself have some fun, it doesn’t have to damage relationships.

Which character resonates with you the most? This does not have to be one of the main characters. Which of the characters would you want as your friend?

I resonate with Lulu because I grew up in Baltimore and had an aspiration to make a book and move to New York. This was my idealistic life. I had a vision, and it was pretty amazing when I experienced it, but it did take a long time. Can I be at Stanford? which I identified with and in the end, we both realized that let’s not skip all the hard work, as it is the good part! But Lulu’s mentality is, can I get to the good part?

What do you believe is crucial in a sisterhood?

I think trust is essential in sisterhood, and you need to trust they are looking out for you and that they have your back. It is a relationship that is always there even if you are mad at each other; you will always be there. I also think it is a loose definition, and anyone can be in a sisterhood. It just requires a deep level of trust. 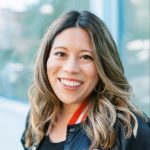 Angela Velez grew up in Baltimore, Maryland, under the watchful eye of her Peruvian immigrant parents. She earned her BA from Columbia University and her MFA from the University of Pittsburgh, where she was a K. Leroy Irving Fellow. She lives in Pittsburgh, with her piles of books, three plastic flamingos, and one wobbly disco ball. Lulu and Milagro’s Search for Clarity is her first novel. You can visit her online at www.angelavelez.com. 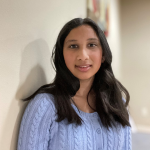 Suniti Srinivasan is a blog volunteer for We Need Diverse Books, and a middle schooler in International Community School. She is very passionate about law and International Studies. When she is not doing schoolwork, she expresses herself through classical dance and finds it to be a great stress reliever. She is an animal enthusiast and has a golden retriever who keeps her busy. She has been an avid reader from a very young age, absorbing the tales of strong characters in fantasy lands and in society. She hopes to share her joy of reading with the world and help highlight more diverse authors through this platform.

Previous Post: « Q&A With Rebecca Podos, From Dust, A Flame
Next Post: Q&A With Shirley Reva Vernick, Ripped Away »
Save the date for the #WalterAwards23! You can now