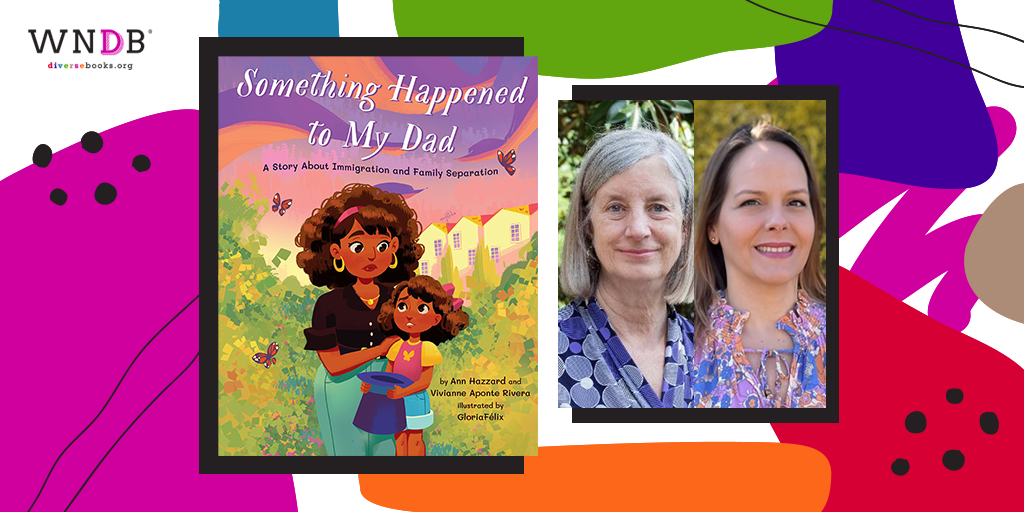 Today we’re pleased to welcome Ann Hazzard and Vivannae Aponte Rivera to the WNDB blog to discuss Something Happened to My Dad/Algo Le Pasó a Mi Papá, illustrated by Gloria Félix and out May 17, 2022!

Carmen loves doing magic with her Papi. He can make sarapes fly. He can make rabbits vanish!  But one day, her Papi vanishes. She is sad and scared when she learns he has been detained because he is an undocumented immigrant from Mexico. At first, Carmen’s family keeps Papi’s detention a secret, fearing that they might be judged negatively. As Carmen’s community becomes aware of their situation, they rally around her family. Carmen learns she can find strength in herself and maintain her connection with Papi, no matter what happens. 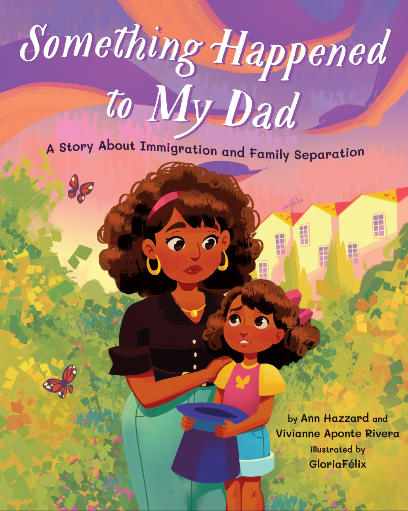 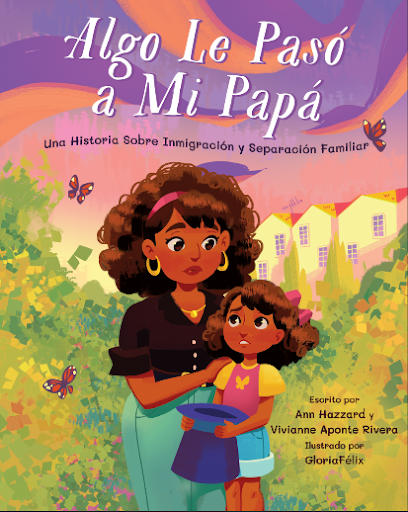 First and foremost, for the publication of this interview, what are your pronouns?

For both of us, pronouns are she/her/hers.

The “Something Happened” books present and explain sensitive and important events happening in communities across the United States and world. Can you explain the inspiration for this series and its link to the American Psychological Association?

Ann: The first book in the series, Something Happened in Our Town: A Child’s Story about Racial Injustice (2018), was written with two friends and fellow psychologists, Marianne Celano and Marietta Collins. We were feeling very disheartened by repeated shootings of Black children and adults, often by police officers. We wondered how children were reacting to these events, which were finally receiving media attention. As a biracial team (Marianne and I are white and Marietta is Black), we felt that we could write a story that would help diverse families discuss the underlying problem of racial injustice.

We heard from many parents that our book had indeed been helpful in jump-starting difficult but important conversations. We started thinking about the many other societal issues that are impacting children and families. We realized that writing stories about children confronting these challenges could inform and empower families to be part of the solution.

That realization led to our second book, Something Happened in Our Park: Standing Together After Gun Violence (2021). The series is published by Magination Press, an imprint of the American Psychological Association (APA). Books published by APA, including our series, have the advantage of being based on psychological expertise about people’s emotions and behavior. For example, as child psychologists, we knew how to put difficult content into child-friendly language and how to promote children’s resilience.

The third book in the series, Something Happened to My Dad: A Story About Immigration and Family Separation (2022) addresses another difficult topic, this time with Vivianne Aponte Rivera as coauthor.

What are the key themes in Something Happened to My Dad? Why is this an important story to tell?

Vivianne: I am a Latina child psychiatrist and I joined Ann to co-author Something Happened to My Dad. We had both worked at Atlanta clinics serving multicultural families and Ann wanted to collaborate to ensure authenticity in this immigration-themed book. The story centers on how a Mexican American girl named Carmen copes when her father is detained because he’s undocumented. At first her family keeps the detention a secret, but over time they reach out to others.

Children hear news stories about immigration, so this story can help address some of their questions. Immigration has also been important in the history of the U.S., so it’s a critical topic for children to understand. In the story, Carmen’s classmates share their own families’ histories which illustrate a variety of reasons for immigration. Something Happened to My Dad also deals with universal themes, since many families have to navigate family secrets or separation.

Where did you garner inspiration for the characters? Where does Carmen’s bravery come from?

Vivianne: I’ve been inspired by many of the Spanish-speaking immigrant families with whom I’ve worked. Many of those families have immigrated due to extreme hardships in their home countries, including poverty, violence, or natural disasters. Often, their immigration journeys have included traumatic events. They have also faced many challenges once in the U.S. Yet, they carry on with great courage, strongly motivated to try to make a better life for themselves and their children.

In our story, we presented Carmen as initially a somewhat timid child, who grows in self-confidence as the story progresses. Her growth is tied to her memories of her strong, warm, yet whimsical father, as well as to the social support she receives from family, friends, and neighbors. 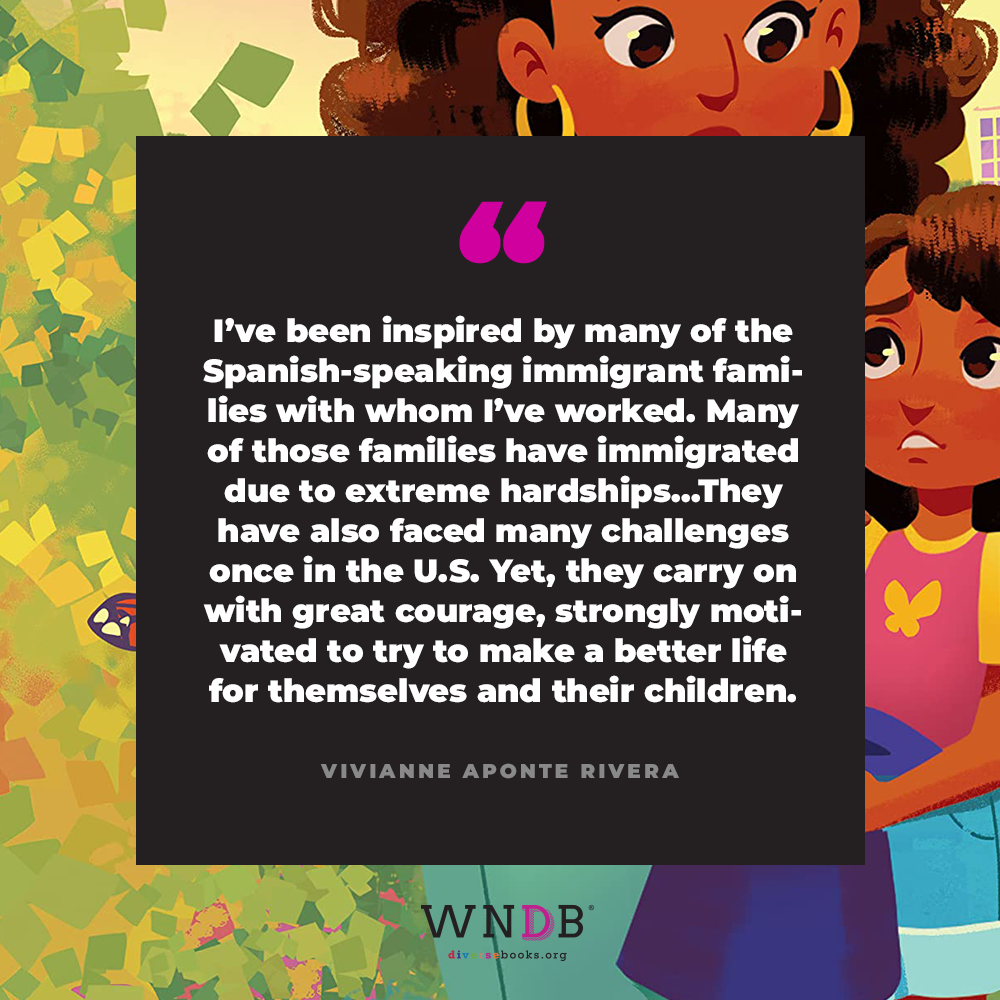 Representation and visibility can be powerful for young students. What do you hope kids, parents, and teachers take away from this story?

Vivianne: First, we’re very glad that Magination Press is publishing the story in both English and Spanish editions, which will make it accessible to a wide range of families. We also appreciate the contributions of our illustrator, Gloria Félix, who captured so many cultural nuances and included a range of Latine characters. For example, it was her idea to present Carmen and her mother as Afro-Latinas. She also included children with disabilities in the illustrations, such as a child in a wheelchair and another child with a cochlear implant. Visibility is definitely enriched by the interplay between the story and the illustrations.

For mixed status immigrant families, we hope the story will reduce shame and foster hope. We also hope to counter prejudice against undocumented immigrants, both within immigrant communities and among U.S.-born families. Finally, we hope that a broad audience will embrace the story’s messages of compassion towards and shared humanity with immigrant families.

I love the addition of the Glossary and Reader’s Note at the end of the book. There are some excellent thinking and talking points to help readers engage with the content. Why did you decide to include these in all of your books?

Ann: We’ve found that children are more aware of sensitive current events than parents expect. Some parents avoid discussing these issues with children because they just aren’t sure what words to use or don’t want to upset them. Unfortunately, not talking about sensitive topics can leave kids trying to manage confusion or anxiety on their own. Thus, we felt that it was important to support caretakers by providing child-friendly definitions of relevant words and sample adult-child dialogues. We know that we need to empower both adults and children if we are to successfully tackle some of the most challenging problems we face.

What’s next in the “Something Happened” series?

Ann: My co-authors for the first book, Marianne Celano and Marietta Collins, have written a fourth book to be published in 2023, entitled Something Happened to Our Planet: Kids Confront Climate Change.  Children are aware of and anxious about this huge issue facing the worldwide community. Like all books in our series, this story can foster family discussions and provide hope and practical suggestions for how we can address the problem. 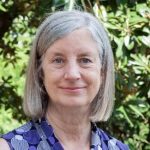 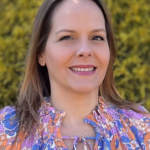 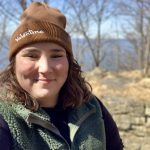