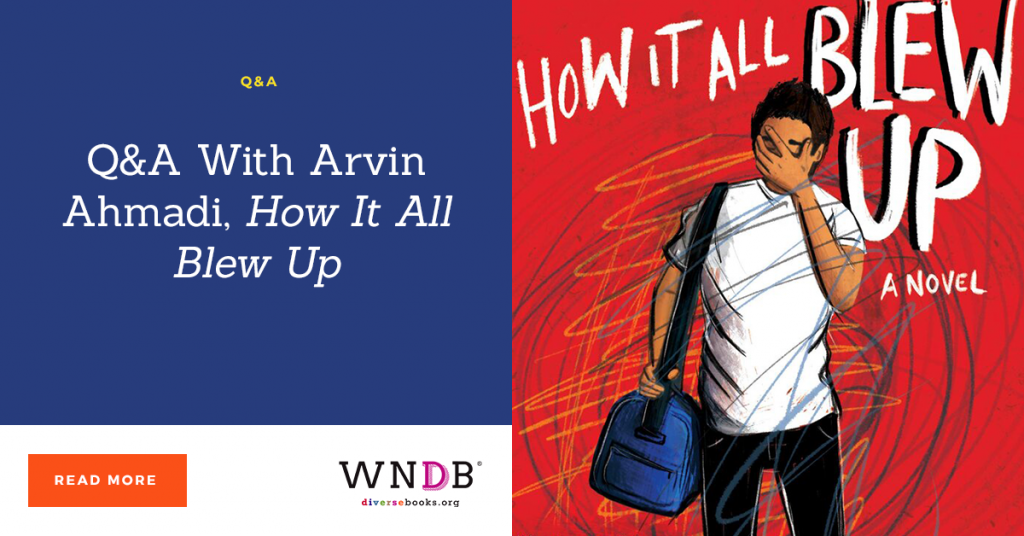 Today we’re pleased to welcome Arvin Ahmadi to the WNDB blog to discuss his YA novel How It All Blew Up, out September 22, 2020! 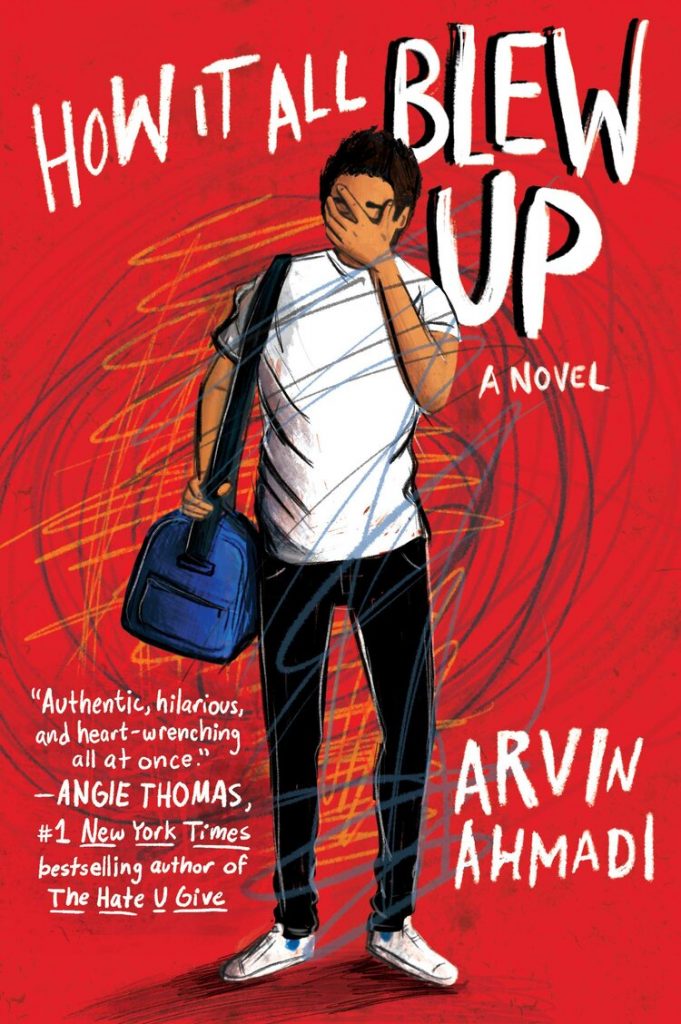 Simon vs. the Homo Sapiens Agenda goes to Italy in Arvin Ahmadi’s newest incisive look at identity and what it means to find yourself by running away.Eighteen-year-old Amir Azadi always knew coming out to his Muslim family would be messy–he just didn’t think it would end in an airport interrogation room. But when faced with a failed relationship, bullies, and blackmail, running away to Rome is his only option. Right?Soon, late nights with new friends and dates in the Sistine Chapel start to feel like second nature… until his old life comes knocking on his door. Now, Amir has to tell the whole truth and nothing but the truth to a US Customs officer, or risk losing his hard-won freedom.At turns uplifting and devastating, How It All Blew Up is Arvin Ahmadi’s most powerful novel yet, a celebration of how life’s most painful moments can live alongside the riotous, life-changing joys of discovering who you are.

It’s incredible that Down and Across came out in 2018 and it’s 2020, and How It All Blew Up is your third published book. Do you have a secret? How do you do it?

Ha! I wish I had a secret. Coffee, but everyone knows about that. My debut novel, Down and Across, was about grit—the psychology of persistence and follow through. I’m always reminding myself of that. Writing books is just as much about grit as it is about talent and creativity because it’s hard. There will be moments you want to shut the Word document and never open it again. I think writing through the hard parts while also being kind to yourself, that’s how you do it.

You said during the Bronx Book Festival Remixing the Rainbow panel that this was your first novel with a gay Iranian-American protagonist. Why did this book feel like the right one for this story?

This story is based on a real-life summer I had in Rome. That summer opened my eyes to the idea of “found family” and how it can be just as powerful and life-affirming as real family, especially to queer people. One of the friends I made in Rome was another gay Iranian-American person. Watching him live his life so proudly (and normally! The fact that he was gay and Iranian didn’t seem to bother him any more than his eye color or shoe size) made me want to write this book.

I’m a plotter with a pantsing moon. (Did I do that right? I don’t really get astrology. I’m a Virgo, that’s all I know.) Anyway, what I’m trying to say is I am both a plotter and a pantser. I oscillate between the two. The pantsing is creatively satisfying, but the plotting keeps me sane.

I imagine when you wrote and edited Amir’s story, much of which is about the decision to run away to Rome and being interrogated at an airport, you had no idea it would be published during a pandemic year when traveling is vastly different. Has that all been weird to think about?

It has. I get a lot of my book ideas from traveling—to other countries, and sometimes just to the coffee shop down the street. This pandemic is horrible for so many reasons, but it’s also made it difficult to be out and about, which, for me, is a really important part of the writing process. I’m an extrovert. I thrive on other people and external stimuli in general. It’s been an adjustment, to say the least, figuring out how to stay creative and inspired while staying mostly inside.

Girl Gone Viral was a whirlwind sci-fi that made me really think about my own modern relationship with social media. What was it like working on a contemporary again? Are there any craft differences between writing contemporary and writing sci-fi? Do you think you’ll write another sci-fi or try any other genres?

It’s funny because Girl Gone Viral didn’t even feel like sci-fi to me. It has all the same elements as my other books: plot, character development, worldbuilding. I wrote that book because I was thinking a lot about technology—how we have all these apps on our phone, two-day shipping, that stuff—and I kept coming back to one question: But at what cost? At the end of the day, I just want to write books about topics I’m obsessed with. I’m not thinking so much about genre.

What other books do you think How It All Blew Up is in conversation with?

The obvious comps are Simon vs. the Homo Sapiens Agenda and Call Me By Your Name. I’m a fan of both of those books and definitely had them in mind as I was writing How It All Blew Up. A less obvious comp is The Reluctant Fundamentalist by Mohsin Hamid. It’s a brilliant novel with a unique format: It’s entirely written as a dramatic monologue, a one-sided conversation with a man the narrator meets at a cafe in Lahore, Pakistan. I was reading it while I was in Rome, actually, and it’s a big reason I decided to write the interrogation room scenes in HIABU as second-person monologues.

Lastly, there are so many amazing queer Iranian and/or Muslim stories in YA right now: the Darius the Great series, Like a Love Story, The Henna Wars. I feel very lucky to live in a time where our stories are being published.

Do you have any recommendations for published or forthcoming kidlit books?

I just read Everything Sad is Untrue by Daniel Nayeri and it blew. My. Mind. It’s a middle-grade novel about an Iranian refugee who moves to Oklahoma and tells the story of his journey to his fifth-grade classroom. I think it should be a classic. I hope every kid gets to read it.

I got asked once if I had any special talents, and I said I can do a very specific Tom Ford impression where he’s chopping vegetables. It’s true. It’s the only impression I can do. I don’t even know how or why I started doing it. I suppose I should be more embarrassed, and I hope Tom Ford isn’t reading this Q&A. But, at the same time, I kind of wish I got asked about it more. 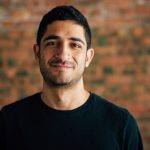 Arvin Ahmadi grew up outside Washington, DC. He graduated from Columbia University and has worked in the tech industry. When he’s not reading or writing books, he can be found watching late-night talk show interviews and editing Wikipedia pages. Down and Across is his first novel. You can follow Arvin on Twitter @arvinahmadi.

Previous Post: « The Disappearance of the Black Muslim Author
Next Post: Zoraida Córdova and Natalie C. Parker (Vampires Never Get Old) in Conversation »
We're thrilled to reveal the cover for TOKYO NIGHT