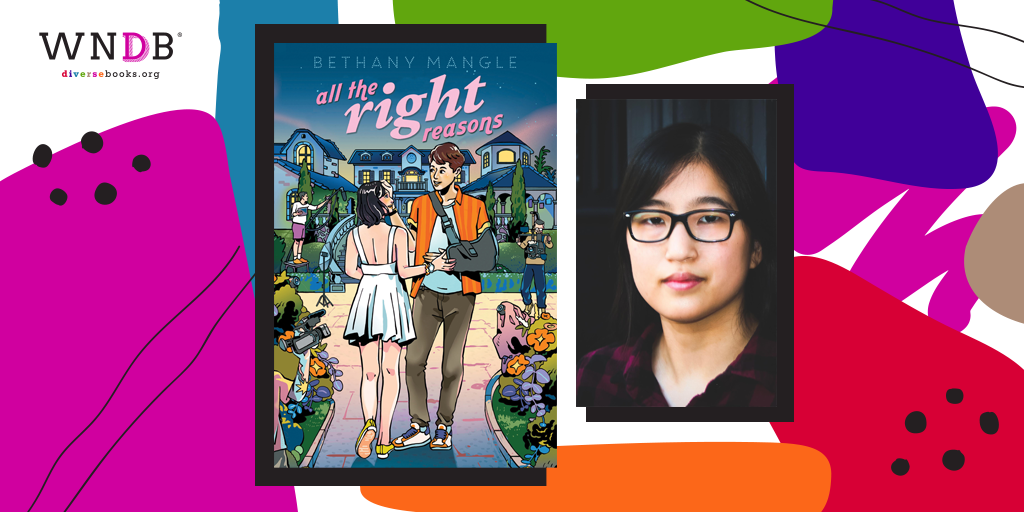 Today we’re pleased to welcome Bethany Mangle to the WNDB blog to discuss All the Right Reasons, out February 15, 2022!

Cara Hawn’s life fell apart after her father cheated on her mother and got remarried to a woman Cara can’t stand. When Cara accidentally posts a rant about her father online, it goes viral—and catches the attention of the TV producers behind a new reality dating show for single parent families.

The next thing Cara and her mother know, they’ve been cast as leads on the show and are whisked away to sunny Key West where they’re asked to narrow a field of suitors and their kids down to one winning pair. All of this is outside of Cara’s comfort zone, from the meddling producers to the camera-hungry contestants, especially as Cara and her mother begin to clash on which suitors are worth keeping around. And then comes Connor.

As the son of a contestant, Connor is decidedly off-limits. Except that he doesn’t fit in with the cutthroat atmosphere in all the same ways as Cara, and she can’t get him out of her head. Now Cara must juggle her growing feelings while dodging the cameras and helping her mom pick a bachelor they both love, or else risk fracturing their family even more for the sake of ratings. Maybe there’s a reason most people don’t date on TV. 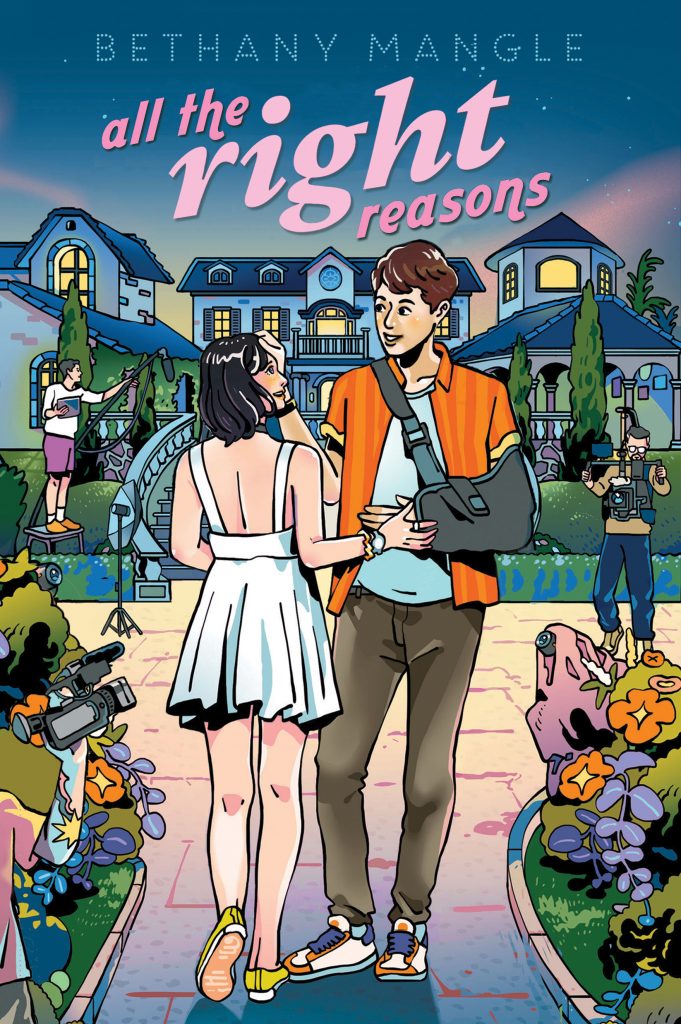 Do you watch reality TV shows? What inspired you to write about one? If you do watch them, do you have a favorite?

I actually don’t watch reality TV on my own, but I do tune in here and there when I’m with my parents. I wasn’t inspired by the show itself as much as I liked the idea of a world that feels artificial or distinct somehow. Since I write contemporary, I don’t have the chance to write new worlds or universes. Instead, this is my way of building an intriguing setting with its own rules and nuances. If I did have to choose a favorite reality TV show, though, it would be Survivor.

I love the raw emotion that Cara expresses throughout the book. She’s rightfully really angry at her father and a little bit angry at love itself at times. Why did you want to write a character who is so expressive with her emotions instead of holding them back?

I wanted to write a teenage girl who refused to be quiet or fit into a narrow definition of how she’s allowed to express herself. There have been so many situations where I’m afraid of being “too much” in a world that doesn’t seem designed for a loud-mouthed, neurodivergent goofball. I set out to show Cara having these big emotions and being confident anyway as she works through some complex ideas about love and family. Feelings don’t have to be tidy and presentable, and Cara isn’t afraid to embrace that.

I also adored the relationship with Cara and her mom, who have grown even closer in the wake of her dad leaving the family. What drew you to write such a close-knit mother-daughter relationship and why did you want to touch on the ways that can be challenged when your parent starts dating again, as we see when Cara and her mom fight over which suitors to keep?

I’ve read so many books where the main character’s parents are just in the background with friends and love interests playing a more prominent role. I wanted to experiment with that a bit to see how I could have Cara’s relationship with her mother be central to her experiences. I wanted to show that relationships evolve over time, sometimes in response to outside factors or people. 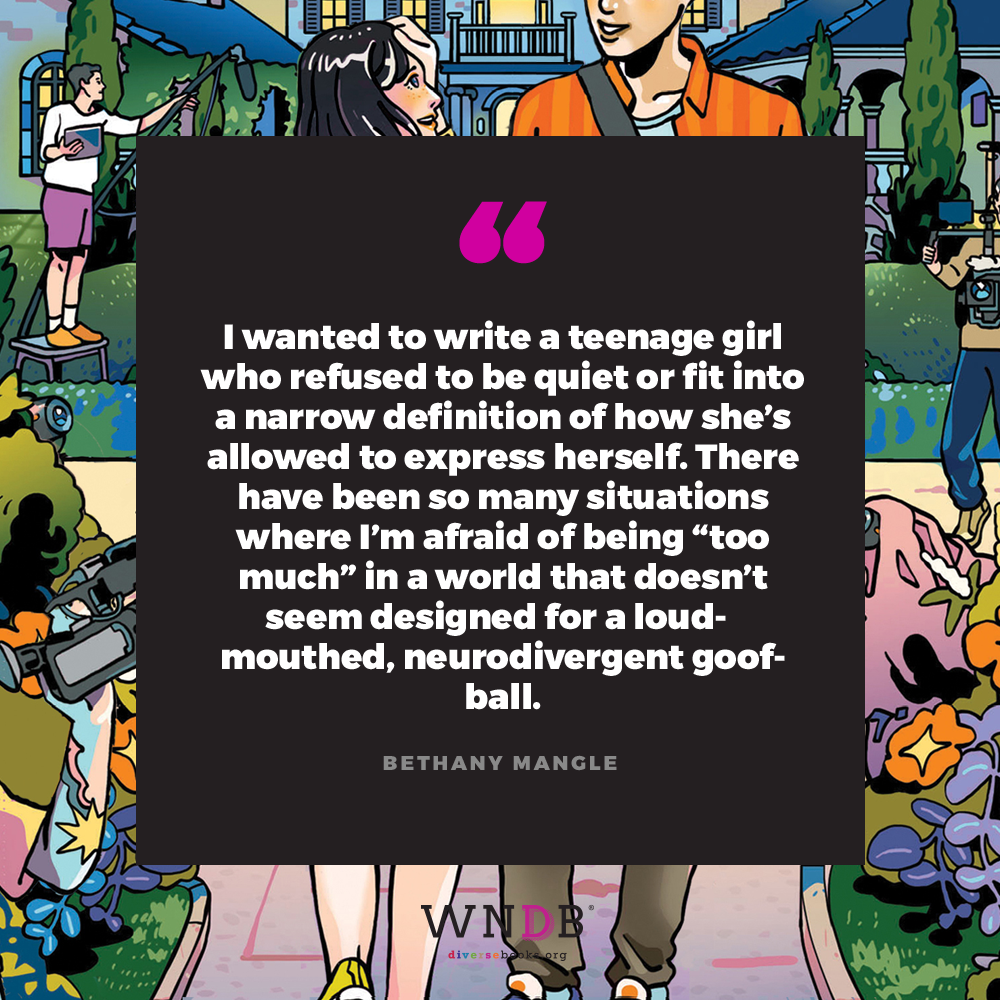 It was so refreshing to see Connor, a major side character and love interest, who shares my disability, Ehlers-Danlos syndrome. Connor immediately wants to make sure Cara won’t see him differently once he’s honest with her about having EDS. Why did you think that conversation was important for their relationship?

Similarly, it’s so refreshing to discuss a character who has EDS with someone who understands it in detail. Before Connor has that conversation with Cara, she always viewed him as an individual, which is part of weeding out people on the show in the first place. When Connor mentions his disability, he’s just asking her to continue doing that instead of defaulting to stereotypes and generalizations now that she’s learned about his EDS. That was an important step forward where Connor was testing whether Cara could accept him as a complete and multidimensional person instead of imposing her own preconceived ideas about chronic illness.

You subverted some tropes in this book, both in terms of reality TV and romance novels, but you also stuck to some and they played out beautifully. How did you decide which tropes you wanted to lean into and which you wanted to switch up?

I think I mostly wanted to lean into tropes that made me laugh or felt familiar in a comforting way once I started writing. The ones I switched up were mostly targeted toward tropes that I feel can be harmful. I wanted Connor as a disabled love interest to be handsome and funny and not ask a single person for help throughout the entire book. I also wanted to challenge the idea of having this deeply committed, enduring romance. I kept thinking back to my own experiences as a teenager and wanting to capture the idea of the shy crush, the person you like a lot without it feeling steady yet.

All the Right Reasons was very binge-worthy. I think I read it in two or three sittings. In that way, it’s much like a reality show—that’s what the producers want, for us to binge-watch the content as soon as it’s available. Was this choice intentional to try to make your book feel fast-paced and action-packed like a reality show would be?

As much as I’m thrilled to hear anyone describe my work as “binge-worthy,” it wasn’t fully intentional. I didn’t specifically want it to be fast-paced. Instead, I wanted to convey a sense of chaos and choppiness to Cara’s experiences. It wasn’t supposed to flow in a sense because she’s being thrown from one activity to another without a lot of time to consider her position. Basically, I wanted the narrative style and the format of the overall novel to mirror Cara’s perceptions instead of the put-together façade that the producers are always working toward.

What did you learn from your first novel, Prepped, that you took into writing this one?

Is this the part where I make a joke about how I should listen to my agent since she has a good revision idea long before I admit it’s a good idea and follow it anyway? Jokes aside, I learned a lot more about balance from writing Prepped. I struggle to know when details are too on the nose or so subtle that no one will ever understand what I’m attempting to accomplish. When I started drafting All the Right Reasons, I paid a lot more attention to how themes, characterization, and actions would come across to a reader compared to how well I understand them in my mind.

What other books do you think All the Right Reasons is in conversation with? Do you have any published or forthcoming YA to recommend?

I know they probably don’t seem similar, but I adored Hot Dog Girl by Jennifer Dugan. In all my books, I aspire to have flawed protagonists who aren’t sure what they’re doing. Their friendships and relationships are messy. They don’t like themselves all the time. When I read Hot Dog Girl, I saw a lot of similarities that resonated with me in terms of having main characters who fumble through daily life while navigating how to understand themselves in the context of their families, friends, and shenanigans.

I’m also so excited to see more upcoming releases by disabled and neurodivergent authors. I’m thrilled that All the Right Reasons will release in the same year as You, Me, and Our Heartstrings by Melissa See; One for All by Lillie Lainoff; and The Trouble with Robots by Michelle Mohrweis (Middle Grade).

What’s one question you wish you were asked more (and the answer)?

I wish that more people would ask about endings and how I intend to close my stories. Both Prepped and All the Right Reasons are a bit ambiguous at the end. There’s a sense of wondering what happens next that’s also shared by the protagonists and other secondary characters. For me, that’s a deliberate choice that’s close to my heart. I want to emulate the feeling I had at that age of not having a set plan and being a little afraid of setting out on my own as an adult for the first time. I remember staring at the future and just feeling very, very small. That’s what I was hoping to capture with closings that are just my characters doing the best they can. 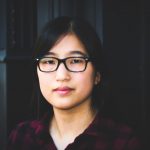 Bethany Mangle is the author of the Prepped and All the Right Reasons. She was born in Korea and raised in New Jersey in a household full of books, sheet music, and dog hair. She currently lives and writes in Mississippi. Visit her at BethanyMangle.com. 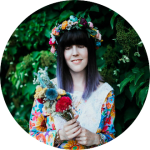 Alaina Lavoie is a Program Manager at We Need Diverse Books and a reviewer for Booklist. She has worked with WNDB since 2015, beginning as a volunteer and joining the staff in 2019. She also teaches in the MFA, MA, and BA programs of Writing, Literature, and Publishing at Emerson College. In 2017, she was awarded a Bookbuilders of Boston scholarship for her dedication to amplifying marginalized voices and advocating for an equitable publishing and media industry. Her work has been published in the New York Times, Publishers Weekly, Teen Vogue, Cosmopolitan, Good Housekeeping, The Boston Globe Magazine, Refinery29, The Oprah Magazine, Bitch, Glamour, The Chicago Tribune, and more, under the byline Alaina Leary. Alaina lives in Boston with her wife, their three literary cats, and a rainbow bookshelf. She is almost always covered in glitter.

Previous Post: « Cover Reveal for A Seed in the Sun by Aida Salazar
Next Post: Q&A With Eugenia Cheng and Amber Ren, Bake Infinite Pie with X + Y »
Applications are open for Literary Agents of Chang