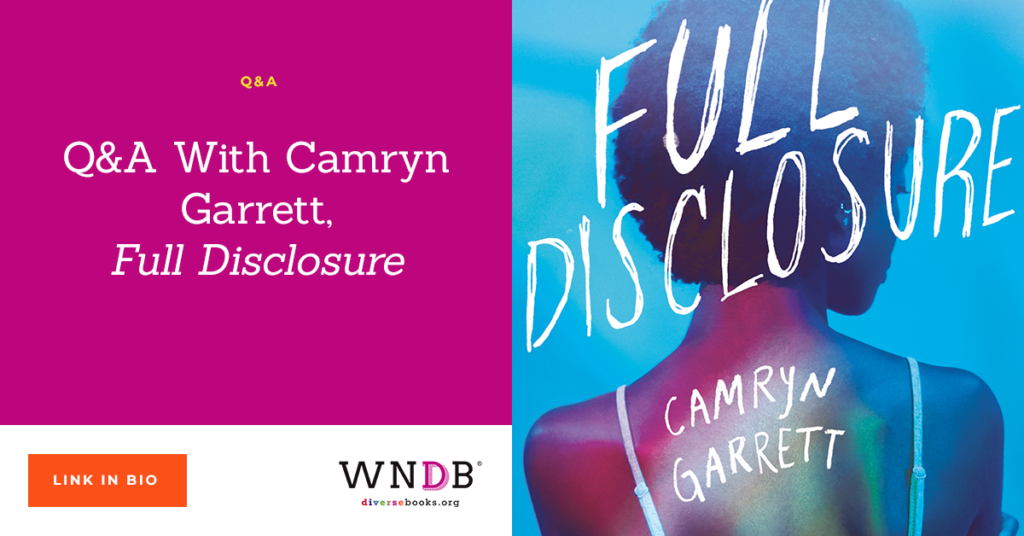 Simone Garcia-Hampton is starting over at a new school, and this time things will be different. She’s making real friends, making a name for herself as student director of Rent, and making a play for Miles, the guy who makes her melt every time he walks into a room. The last thing she wants is for word to get out that she’s HIV-positive, because last time . . . well, last time things got ugly.

Keeping her viral load under control is easy, but keeping her diagnosis under wraps is not so simple. As Simone and Miles start going out for real–shy kisses escalating into much more–she feels an uneasiness that goes beyond butterflies. She knows she has to tell him that she’s positive, especially if sex is a possibility, but she’s terrified of how he’ll react! And then she finds an anonymous note in her locker: I know you have HIV. You have until Thanksgiving to stop hanging out with Miles. Or everyone else will know too.

Simone’s first instinct is to protect her secret at all costs, but as she gains a deeper understanding of the prejudice and fear in her community, she begins to wonder if the only way to rise above is to face the haters head-on. . . . 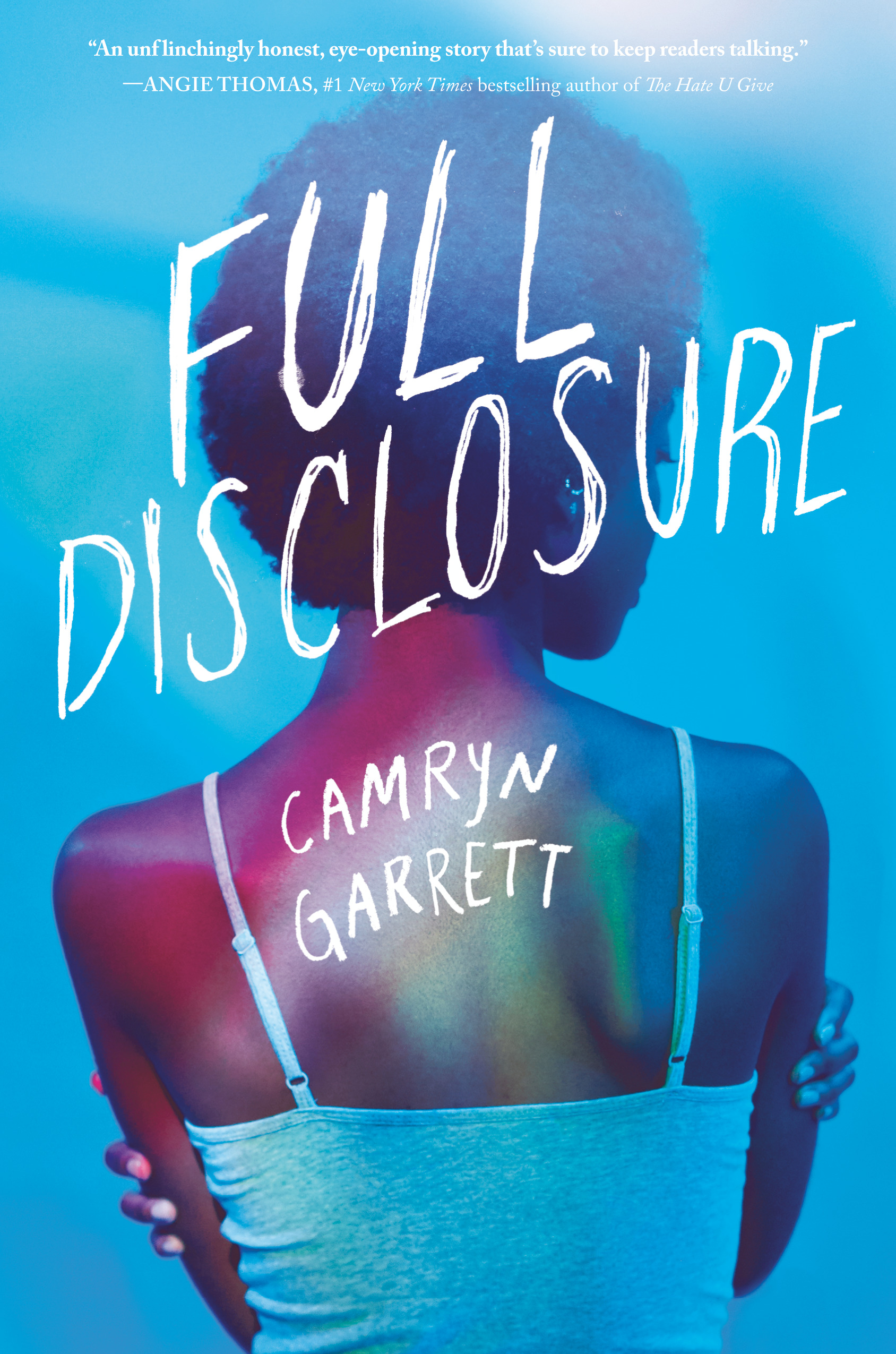 Full Disclosure is populated with LGBTQ+ characters. Was this done intentionally? Why did you want to write a protagonist with LGBTQ+ parents?

This was definitely done intentionally. My friend group was very queer when I was high school and still is, and I wanted to reflect my experience. I wanted Simone’s parents to be queer specifically to connect back to the original AIDS Crisis of the 80s and 90s when the original people getting sick were gay and queer men. Simone’s parents would be old enough to remember and have lost people. It was really important to me to show past and present.

In Full Disclosure, you openly included a lot of sex, which can be a turn off for adults who might be purchasing the book for teens (educators, parents, caregivers). Why did you make this choice? Was it intentional? Do you think there is room for more consensual sex in YA?

I first started writing this book when I was sixteen and I had tons of questions about sex. The thing is, I went to a school that taught only abstinence and felt uncomfortable talking to my parents or really anyone else in my family about sex. My friends and I used to sit at the school lunch table and talk about all the questions we had and things we wondered about. I really think not having places for teens to talk about their questions and exploration when it comes to sex does them a disservice. I wasn’t sexually active in high school, but if I had been, I honestly wouldn’t have had any idea what to do or how to handle it. I really wanted to show teens that there’s nothing wrong with being interested in sex (or even uninterested!) and that it isn’t weird to talk about.

I think there’s a lot more room for consensual sex in YA. Books and movies are really where a lot of young people see their first depictions of sex and it shapes how they think about it. They should have access to stories that depict sex happening respectfully and safely between two teens.

What was your research process like for Full Disclosure? And how did that research end up playing out in the book?

I actually wrote about this in Zora. I did a lot of research, sort of in three groups: learning about how people live with HIV today in terms of medical advancements, learning about who tends to live with HIV and how this impacts aspects of their social lives, and learning the history. I think the most research that ended up in the book had to do with medical aspects of living with the virus, but I found the history of groups like ACT UP and the National Coalition of Black Lesbians and Gays to be most interesting.

Simone’s friendship with Claudia and Lydia is so central to this story. How did you shape their history with each other? Why do you think it’s important to highlight friendships and chosen family in books and make them as important as a character’s family of origin or romantic/sexual relationships?

I really based Simone’s friendship with Claudia and Lydia on the friendship I had with my friends in high school. My friends meant so much to me then and were the primary relationships in my life. I wanted it to be similar for Simone.

One of my favorite things to see in books or movies is people loving each other not because they’re expected to, but because they just do. I loved representing different types of love in this book; familial, platonic, and romantic. There’s been discussion about how YA shouldn’t focus so much on romance because it makes things seem like romance is the most important relationship a young person can have. Even though Simone has a romantic interest because I love romance, I wanted to show that you don’t have to be in love to love someone.

How do you typically honor Pride Month? Are you honoring/celebrating it any differently this year, given the shift to virtual for so many events?

I go to NYU, which is right in Greenwich Village, so I’d normally go to a bunch of the Pride events with my friends. I’m sad that we won’t get to do that this year. Sadly, since I’m home with my family and talking about my sexuality is a bit awkward with them, I’m not really celebrating Pride in an outward sense. That being said, seeing virtual events and posts on social media really makes me feel involved.

You were named one of Teen Vogue’s 21 Under 21. What was that experience like? And what was it like publishing a book so young?

I actually used to have a subscription to Teen Vogue before they went digital and I remember telling myself I wanted to make their 21 Under 21 list, but I figured it wouldn’t happen for me. It was a really big deal when I was actually named to the list. I’m used to writing; it’s just part of my everyday routine. So when people are impressed by me, I remember that I’ve done something really impressive, and take a moment to give myself a pat on the back. I also loved being connected to the other young people named who are doing amazing things.

Like the list, I had a goal of getting published before I turned 18. It actually used to stress me out a lot. It wasn’t until I hit my junior or senior year that I accepted that I wouldn’t be published as a teen—and realized it was more than okay! It’s funny because right as I accepted this, we got offered the deal. It’s definitely been an experience because there are really only a few people who understand what it’s like. I just treat writing like a job, since lots of people have to work while in school. Of course, it’s been a gigantic blessing.

So many, but the biggest would probably be Renée Watson. I read basically everything she writes in every category. She writes about Black girls in this gorgeous way, always humanizing them and never erasing their Blackness. I feel so nourished every time I finish one of her books.

Think in your wildest dreams. If you could just automatically snap your fingers and get to work on any creative project or with any co-collaborator, what and/or who would it be?

I really want to make a film adaptation of one of Jesmyn Ward’s books, but she might want someone who is actually from the South and isn’t a Yankee like me. But I’d love it if she wrote the screenplay and I directed. I think it would be gorgeous.

What other books do you think Full Disclosure is in conversation with? And do you have any recommendations for published or forthcoming YA novels?

I definitely think this book is in conversation with Like a Love Story by by Abdi Nazemian, which is set in New York City in 1989, centers queer teens, and directly addresses the AIDS Crisis and organizations like ACT UP.

I have loads of recommendations for YA. Felix Ever After by Kacen Callender, You Should See Me in a Crown by Leah Johnson, Dear Haiti, Love Alaine by Maika and Maritza Moulite, and anything by the authors who inspire me!

Is it bad that I don’t have one? I’ve been very pleased by the interview questions so far! I guess I wish someone would ask which British actor I’m in love with and I’d say Daniel Day-Lewis. 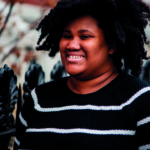 Camryn Garrett grew up in New York and began her writing career at thirteen, when she was selected as a TIME for Kids reporter, interviewing celebrities like Warren Buffett and Kristen Bell. Since then, her writing has appeared on MTV and in the Huffington Post and Rookie magazine, and she was recently selected as one of Teen Vogue‘s “21 Under 21: Girls Who Are Changing the World.” When she’s not writing, she studies film at NYU, and she’s a proud advocate for diverse stories and storytellers in any medium. Full Disclosure is her first novel. You can find her on Twitter at @dancingofpens.