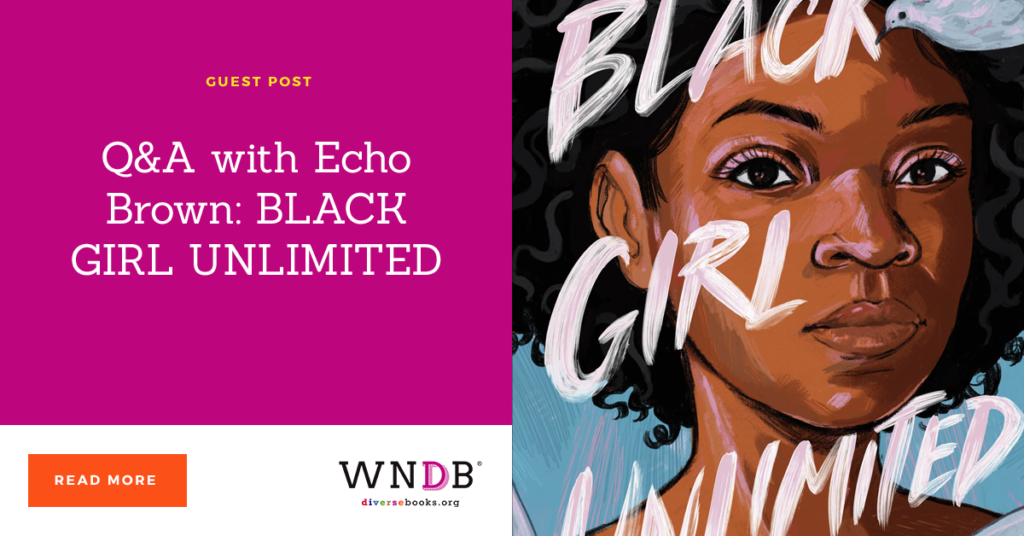 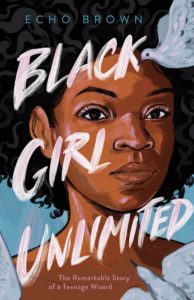 Heavily autobiographical and infused with magical realism, Black Girl Unlimited fearlessly explores the intersections of poverty, sexual violence, depression, racism, and sexism—all through the arc of a transcendent coming-of-age story for fans of Renee Watson’s Piecing Me Together and Ibi Zoboi’s American Street.

Echo Brown is a wizard from the East Side, where apartments are small and parents suffer addictions to the white rocks. Yet there is magic . . . everywhere. New portals begin to open when Echo transfers to the rich school on the West Side, and an insightful teacher becomes a pivotal mentor.

Each day, Echo travels between two worlds, leaving her brothers, her friends, and a piece of herself behind on the East Side. There are dangers to leaving behind the place that made you. Echo soon realizes there is pain flowing through everyone around her, and a black veil of depression threatens to undo everything she’s worked for.

First of all, congratulations on the publication of your debut! It’s such a layered, visceral, powerful read.

Obviously this would be your story either way, but when did you decide to make yourself the protagonist in name as well as narrative? Did you make that choice early on, or did it emerge as the right track to take while you were writing?

Initially, my editor, Jessica Anderson, and I were discussing writing a memoir so there was always the sense that I’d be centered in the narrative. Plus, I really wanted to tell my own story and always thought I’d write a memoir. I never thought I’d write a memoir infused with magical realism. That part of the book emerged through the process, but the plan was always to have me be the protagonist!

How did you decide which parts of your own story to include, and which to change or exclude? How much of that decision-making happened during the editing process, and how much did you include in the original draft?

I really took a lot of creative freedom once we decided to make it fiction, which was early in the process. What that means is built a lot of fantasy and new narrative around core events that happened in my life. For example, that opening scene with my mother passed out on the path floor and the fire, are my first actual memories in life, but the dialogue and magical realism that happens in that scene is made up. That formula is followed throughout the book. And just as an FYI, it was never my goal to use magic. It just felt like that’s what was needed for the story. There was this other element of transcendence or supernatural abilities, which is what I think it takes to survive poverty in America, that kept bubbling up as I was writing. I chose not to suppress it and allowed it to emerge in the manuscript as it wanted.

Love that this narrative is structured by the different lessons young Echo learns while coming into her own as a wizard. Each one hits a different way; some are messages of encouragement, others are warnings. Where did the lessons come from? Are they messages you’d like to impart to readers, or are they specific to your story? Or are they both?

This was a suggestion from Jessica early on that the book be divided into lessons. I really think it worked well for the narrative since it allowed me to explore some of the personal self-help/healing work I’ve done in real life. Since so many of the traumatic experiences described in the book really happened to me, I had to do a lot of therapeutic and spiritual work to heal myself. I hope the fruits of that work comes through in some of the lessons. I also think some of the lessons are rooted in bigger themes I have aspired to in my real life that readers also may find useful. For example, the last lesson, “you are unlimited, be fearless in your pursuits” is something I remind myself of over and over especially when fears and insecurities rise. My hope is that some of the lessons will be inspirational for readers, reminding them of their own potential and abilities.

Metaphor can be such an effective way of making things like grief or trauma concrete, especially in magical realism, and the black veils that descend on people in their despair in your book are a great example. How did you come up with and how do you personally define the concept of the black veil?

In the initial drafts, depression/despair was represented by a thick, dripping black tar that would leak out of people. It changed to a black veil in the second or third draft. It felt like the black veil needed to descend somehow and submerge the victim, so it eventually changed the black veil that wraps itself around its victims. This was another instance where it wasn’t enough to just describe depression as it is, which is so challenging in real life. I needed a magical concept to really describe its impact and effect in a way that straightforward reality would miss, which is how the concept of the black veil came about.

Your story contains so much hope and quiet moments of grace all the way through to the end, for the adults and other kids just as much as young Echo. What do you hope most that readers take away from this book?

That everything can be healed and survived, no matter what happened, and that healing often not a solitary process. You need other people to help you find and unleash the miracle of inner healing. This is why so many of the miracles in the book need more than one wizard and to raise Echo from the dead, and bring her back from the most devastating experience of her life, three powerful women wizards were needed. She would have never been able to do that alone. At its core, this is a book about healing and successfully coming to the other side of whatever darkness you may have faced in your life. 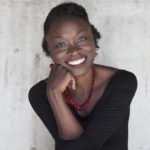 Echo Brown is an African-American writer, performer, and playwright from rural Ohio. A Dartmouth alumna and the first female college graduate in her family, she is currently based in Northern California. Echo is best known for her one-woman show Black Virgins Are Not For Hipsters. Black Girl Unlimited marks her debut.