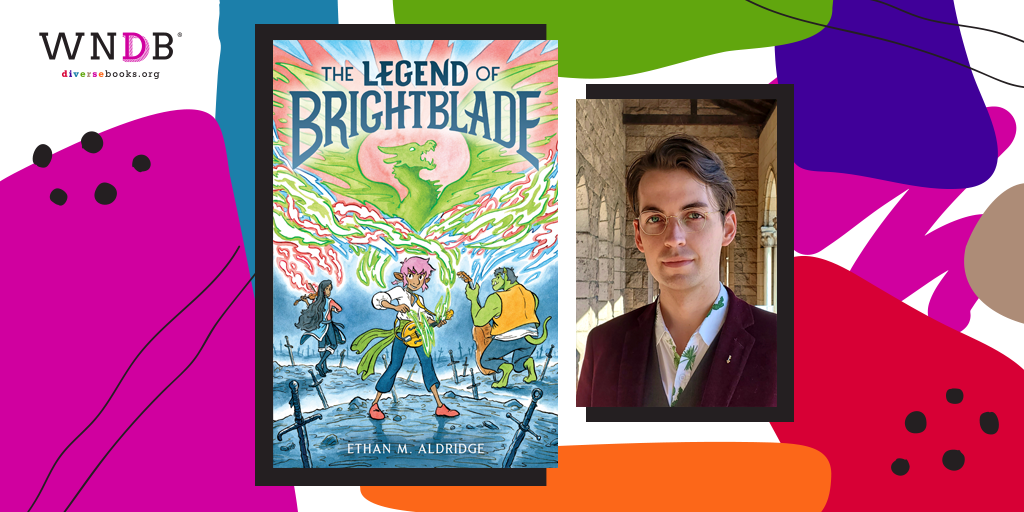 Young Prince Alto dreams of being a hero like his mother, the Lady Brightblade. Her well-known legend was woven into stories by the magical bard who fought by her side.

The kingdom may be at peace now, but Alto believes that the world still needs heroes. He has been learning the bard’s magic, and has grown restless with royal life. Determined to have an adventure of his own, Alto runs away from the palace.

On his journey, he finds himself making new friends and encountering new and exciting magic. But when he discovers that there are dangers threatening the kingdom, Alto realizes that he might not be able to handle them alone—and making his mark as a hero is harder than the stories made it seem. 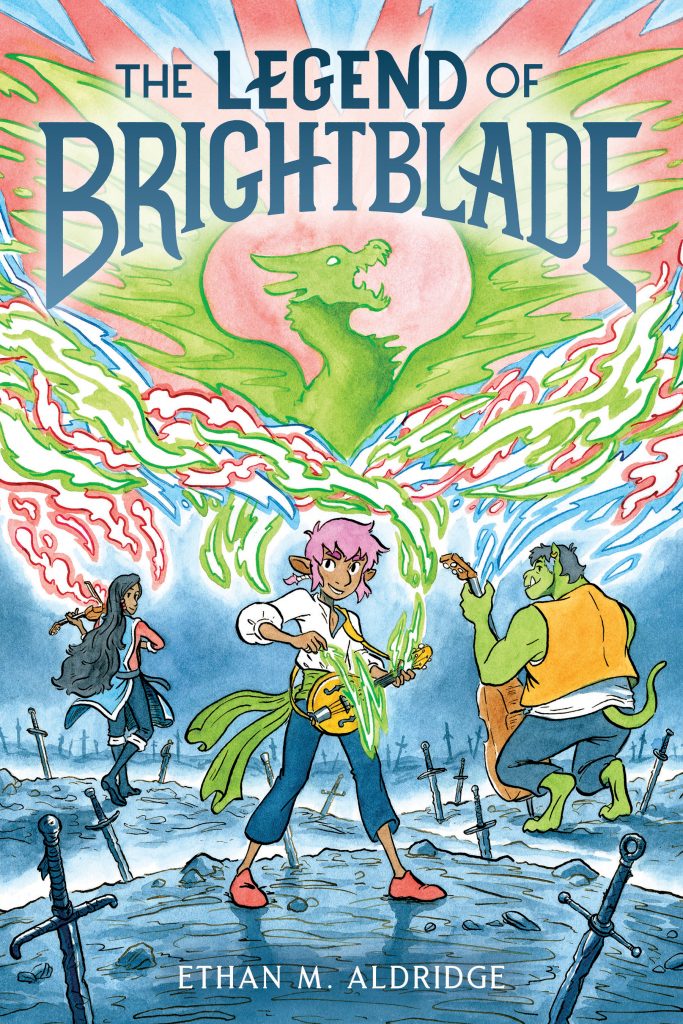 Hello! I’m a writer, illustrator, and cartoonist. I live in Brooklyn, NY with my husband, Matt, and our dog Kitsune. I’ve made several comics, including the Estranged graphic novel duology and short comics like The Goblin.

Growing up were there any narratives that sparked your love of storytelling or that you felt you could relate to in terms of personal representation?

As someone who grew up queer and closeted in a small rural community, I tended to gravitate to stories about isolated kids who found their way in complex and often dark situations. I loved (and still love) the John Bellairs books, gothic mysteries for young readers about lonely kids and their friendships with older (usually magical) mentors; teachers, uncles, kindly neighbors, etc. It was all very cozy except for the vengeful ghosts and cursed skulls and whatnot.

I was also obsessed with epic fantasy from the ’80s, films like Willow and Legend and Jim Henson’s Labyrinth. Something about all that strangeness and glitter-soaked texture really captivated me.

What can you tell us about your latest book, The Legend of Brightblade? Where did the inspiration for this story come from?

The Legend of Brightblade is a graphic novel about Alto, a young prince who runs away to become a bard, a musician and storyteller who uses song to create literal magic. He encounters two other young bards, Clarabel and Ebbe, and together they encounter a plot to unravel the heroic legacy of Alto’s legendary mother.

This inspiration for the story, like all of my stories, comes from a lot of different places over the span of years, and is a little tricky to pin down. I love history and myths about bards, figures like Taliesin and Orpheus and Bragi (some were more real than others). I love stories about stories, and the way they shape us and our history. I wanted to tell the tale of a long journey, full of nature and sweeping vistas. There’s themes of found family and generational legacies. There’s also, of course, some inspiration from table-top games like Dungeons and Dragons in there. 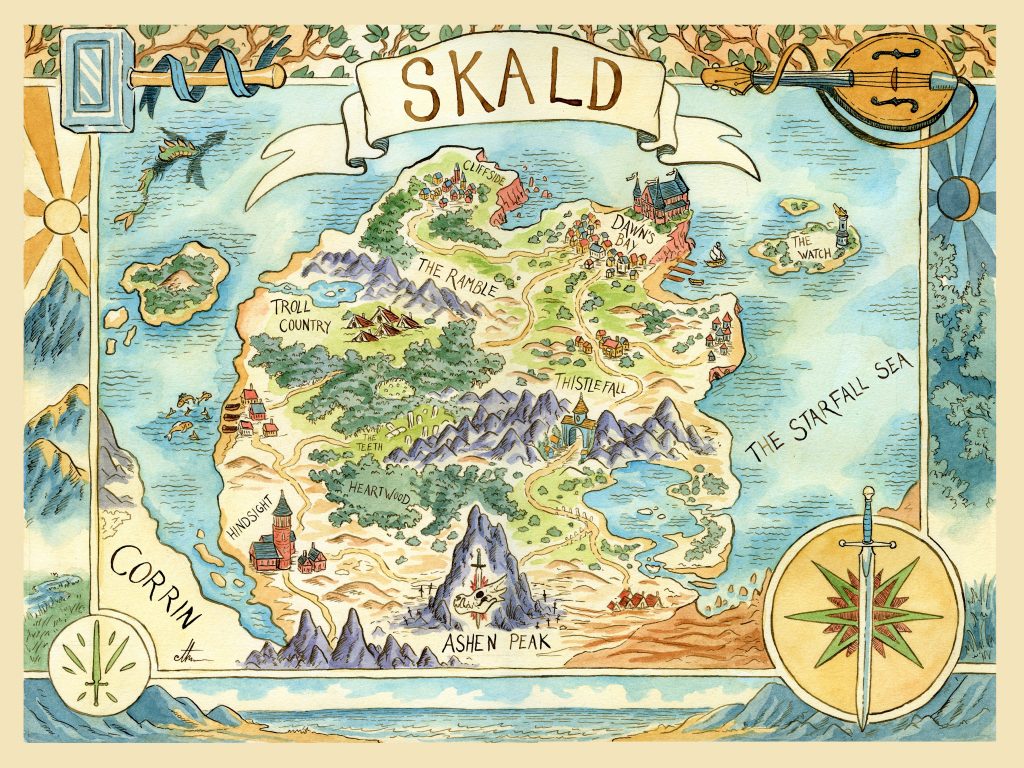 As an artist, what comics or artists do you think inspired or influenced you in terms of style or themes?

I feel like it changes all of the time. I’m very inspired by turn-of-the-century fairy tale artists like John Bauer and Arthur Rackham, and well as their contemporaries, like Brian and Wendy Fround and Alan Lee.

For comics, I find a lot of inspiration in the Franco-Belgium books. I had Yaxin by Man Arenas next to my desk a lot while I was painting The Legend of Brightblade. There’s a certain gentleness to it that I wanted to try and capture.

And of course, a lot of my peers are making some really groundbreaking, honest work in comics right now. Just looking through the comics section in any bookstore these days is so inspiring.

For those curious about making a graphic novel, how would you describe the process?

I’d describe it as a marathon! Making a graphic novel is a long process, and the key to it is to keep to a schedule and to try not to do too much too fast.

I write my books as well as draw them. For me, the seed of a book usually comes from my sketchbooks. I draw little visual notes whenever they occur to me (I never leave my apartment without at least a little pocket notebook), and eventually, several of those sketches will begin to come together in my head to form a story.

Once I’ve figured out the general shape of the story, I start writing the script. I typically write the first draft longhand, in another notebook, and then type up future drafts. Once I’m happy with it, my husband is always the first to read it. From there, its sent off to my editor and my literary agent. 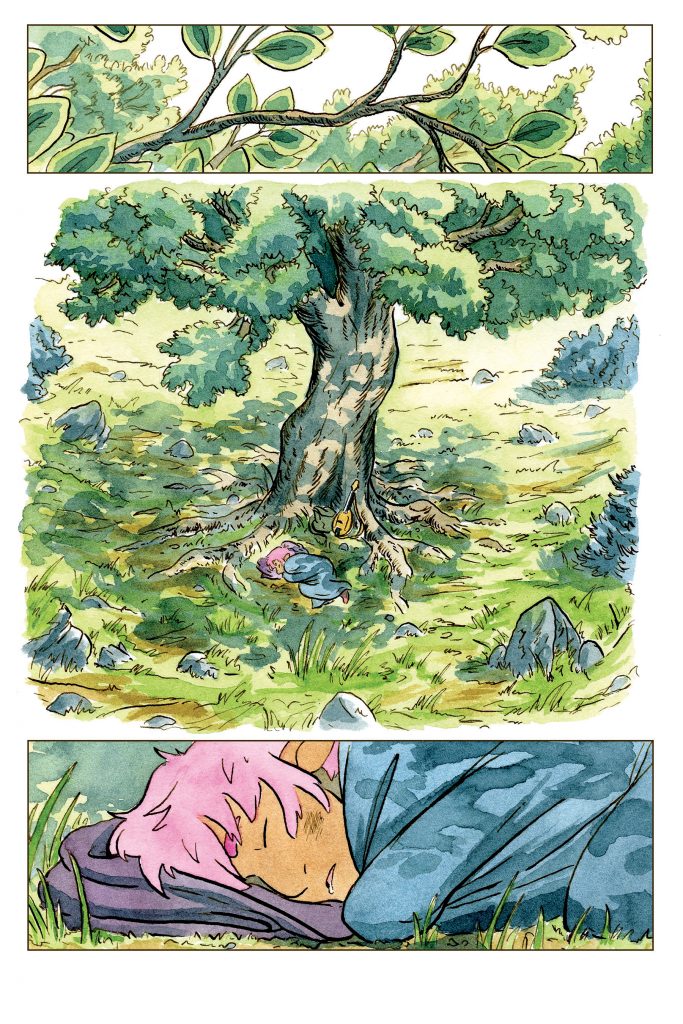 While the script is being reviewed, I begin drawing the storyboard, or thumbnails, for the whole comic. This is the hardest part for me, because it’s like solving a very big, slow, long form puzzle, but its also exciting because its the first time the story starts to really feel like a comic.

There’s usually some revisions back and forth between my editor and me on the script and storyboards. Once we agree that the story is as good as can be, I start work on the final artwork! I hand-draw and paint my comics with ink and watercolor. Drawing a graphic novel usually takes me the better part of a year.

Once the paintings are all finished, I scan them into my computer and add speech bubbles and text digitally. Then the whole thing is sent off to my publisher to be turned into an actual book!

It’s extremely important to me to have queer representation in stories, especially stories for young readers. There have been great strides made in the last few years in having great, diverse stories on shelves and on screens, but there’s still a long way to go.

One of the biggest reasons for telling stories, especially fiction, is to show different ways the world could be. Both queer kids and straight kids need to see worlds that are as varied and complex and dynamic as they are.

For me, I’m a queer creator, so everything I make is a queer book. My experience is threaded through even my most fantastical stories. I hope that, through those stories, young readers see a world that they want to be a part of.

Aside from comics, what would you say are some of your other hobbies and interests?

I try to maintain a lot of interests outside of comics. I play the banjo okay, and I play the mandolin very badly. I love spending time out in nature with my husband and my dog. I’m an olympic level nap-taker. And, of course, I read a lot.

What advice would you have to give to aspiring creators?

My biggest advice would be that, if you have a story you want to tell, tell it! And most importantly, finish it! Don’t wait for a book deal or a mentorship or permission. Just get the story out there, then start on the next one.

Are there any other projects you are currently working on and at liberty to talk about?

My next graphic novel was just announced, titled The Lady’s Favor. It’s a dark fairy tale and queer romance about a girl named Agatha who finds herself torn between a new girl in town who shares her academic ambitions, and a mysterious and terrifying woman who lives up in the forested hills, known only as the Lady.

I’ve also recently completed my first prose novel, a gothic horror for young readers. It’s the kind of of thing I’ve wanted to write since I was a kid, and I’m excited for it to be going out into the world.

Finally, what are some diverse books you would recommend to the readers of WNDB?

There have been so many great comics coming out lately! A few of my recent favorites are Salt Magic by Hope Larson and Rebecca Mock, Beetle and the Hollowbones by Aliza Layne, The Magic Fish by Trung Le Nguyen, Artie and the Wolf Moon by Olivia Stevens, Snapdragon by Kat Leyh, and Tidesong by Wendy Xu. 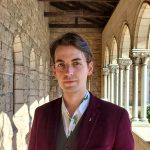 Ethan M. Aldridge is a New York Times-bestselling illustrator and author. Growing up, his favorite things to draw were monsters and whatever dinosaur he liked that week. He now does more or less the same thing for a living. Ethan lives in New York City with his husband, Matthew, and their dog, Kitsune.

Previous Post: « Sabaa Tahir’s All My Rage is About Allowing Young People to be Witnessed
Next Post: Black History Is Made Year-Round: 2021-2022 »
Applications are open for Literary Agents of Chang