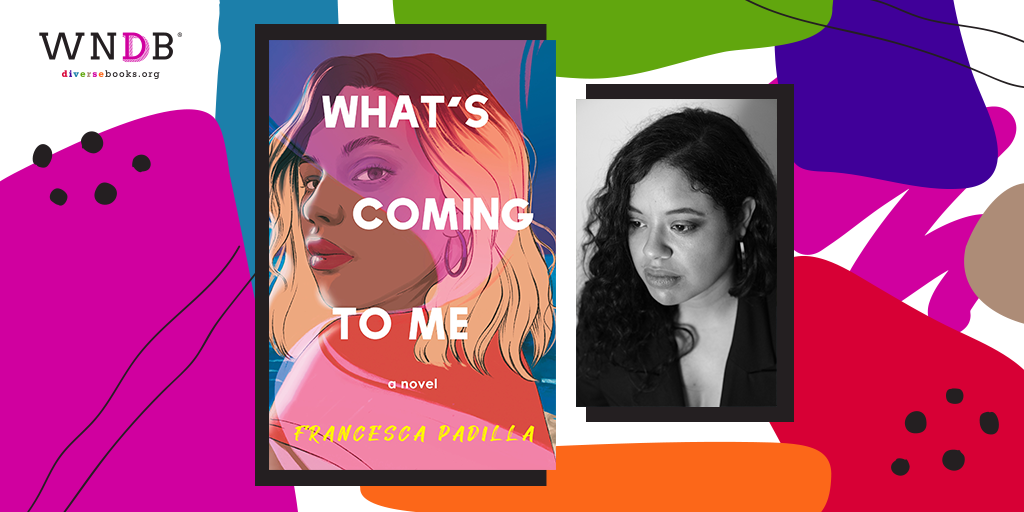 Today we’re pleased to welcome Francesca Padilla to the WNDB Blog to discuss her novel What’s Coming to Me, out August 2, 2022! We previously revealed the cover and an exclusive excerpt for the book here.

Seventeen-year-old Minerva Gutiérrez plans revenge on her predatory boss in an attempt to escape her oppressive town in this equally poignant and thrilling contemporary YA about grief, anger, and fighting for what you deserve, perfect for fans of Tiffany D. Jackson and Erika L. Sánchez.

In the seaside town of Nautilus, Minerva Gutiérrez absolutely hates her job at the local ice cream stand, where her sexist boss makes each day worse than the last. But she needs the money: kicked out of school and stranded by her mom’s most recent hospitalization, she dreams of escaping her dead-end hometown. When an armed robbery at the ice cream stand stirs up rumors about money hidden on the property, Min teams up with her neighbor CeCe, also desperate for cash, to find it. The bonus? Getting revenge on her boss in the process.

If Minerva can do things right for once—without dirty cops, suspicious co-workers, and an ill-timed work crush getting in her way—she might have a way out . . . as long the painful truths she’s been running from don’t catch up to her first. 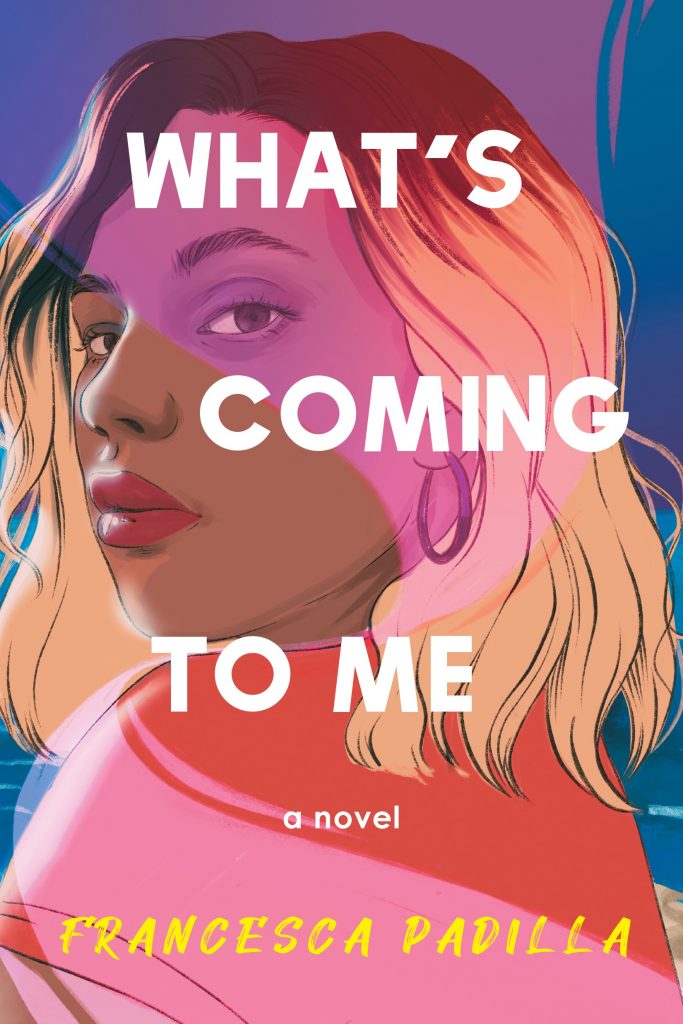 Nautilus, from the outside at least, is a close-knit seaside town where everyone seems to know each other. What was your inspiration behind this setting? Is there any significance behind its name?

I love this question. The very first inspiration behind Nautilus was the Rockaway peninsula in Queens, New York. One of my best friends in high school is from there, and I hung out in that neighborhood a lot back then, basically watching other kids get up to mischief (and, fine, maybe engaging in some of my own). When I came up with the initial characters and story, it was set in Rockaway. Then I put the story down. Years later, I rewrote the entire thing. One of the biggest changes was creating a new town from scratch and setting it farther east in Suffolk County, Long Island. It was fun to make up a new place with its own background and mythology.

I also researched various other real and fictional beach towns throughout the Tri-State area for inspiration, which was very fun. The town name itself comes from the song “Nautilus” by Bob James, a famous jazz keyboardist. It’s one of the most widely sampled songs in music (the love interest in WCTM is an aspiring music producer). A nautilus is also a kind of seashell.

One of the notable aspects of the novel is the relationship between Minerva and her cousin Nicole. What was the process like in crafting their relationship?

I knew I needed an authority figure in Minerva’s life—she’s a kid, after all—who could also remind us of the existence of Sunny, Minerva’s mother, her only parent, who is very pointedly absent from the picture. Also to give us more insight into Min’s family life as a whole, since Min herself isn’t very forthcoming even with the reader at first. They argue a lot, and that just happened organically when I put the two characters together. I thoroughly enjoyed writing Nicole and Min’s arguments and learned a lot about both of them this way.

With her mother in the hospital, a school suspension, and a tight budget, Minerva has been through a lot, and her behavior is often a product of the stress to which she is subjected. What was the hardest part about creating her character as complex as hers?

I had the idea for Min’s life circumstances and the character herself separately, and then sort of melded them together. I consciously knew I wanted to write a story about things I had experienced as a kid—at first, just to get it out. Then I had the sudden idea for this badass, freedom-obsessed, bleached-blonde Latina, and it grew from there. I never really felt like I was building Minerva’s character, more like uncovering different aspects of her.

Relationships of many kinds are important in this novel. Is there any one type of relationship you were especially intent on portraying? Why?

The mother/daughter relationship. Minerva and Sunny’s relationship is quite stormy, and I wanted to show that part of how chronic illness affects families. That it’s not all empathy and positive vibes and gentleness just because somebody in the family is “sick”—it’s also comes with significant mental and emotional stress. There is a lot more about this character, Minerva’s mom, that I could have explored. In my opinion, the book barely scratches the surface. But I didn’t want that narrative to overtake Minerva’s point of view in this specific time in her life. 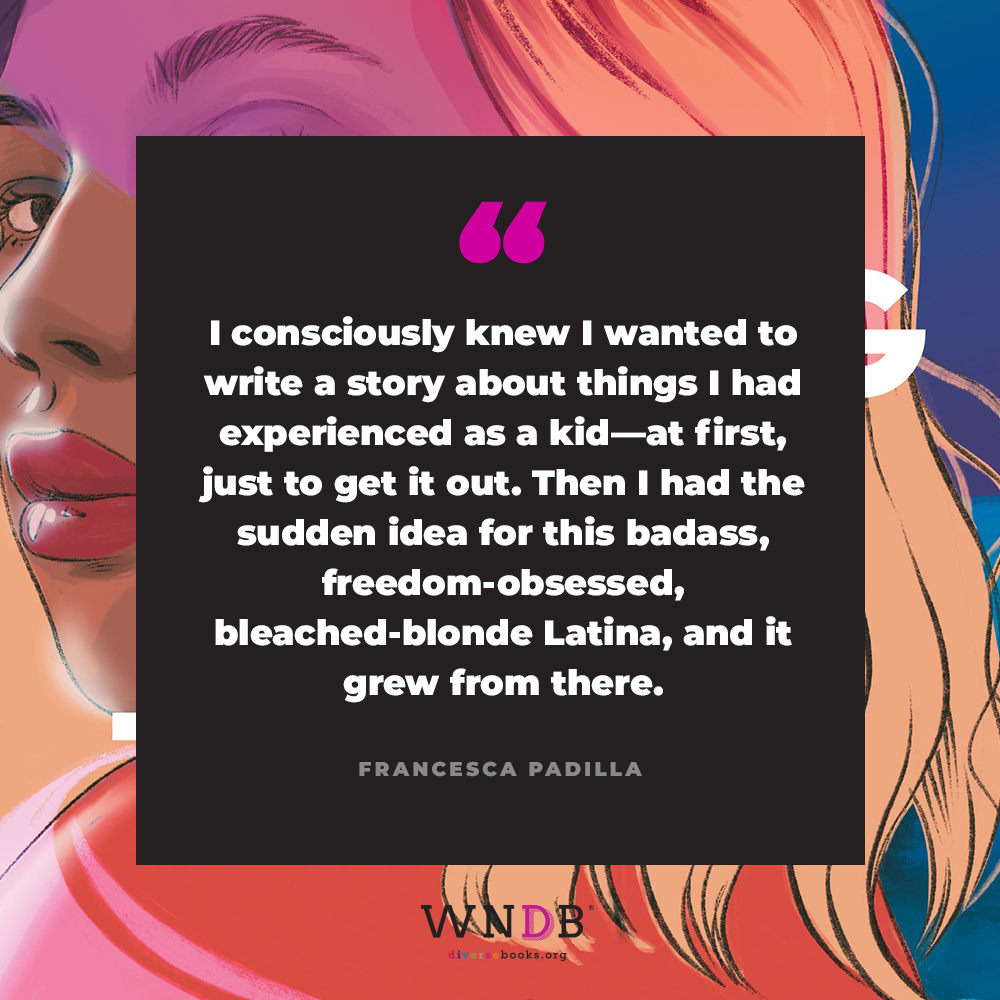 If you were to write another story set in Nautilus from the perspective from a Duke’s employee’s perspective other than Minerva’s, whose would it be and why?

Probably Jamira, who (for anyone who hasn’t read the book yet) is one of the employees Minerva is convinced dislikes her in the beginning of the book and who becomes increasingly important as the novel goes on.

Do you see yourself in any character? If so, whom?

I’ve seen myself in Minerva, of course, but more in the way that I empathize with her. I think a lot of people, especially who don’t write fiction, default to assuming a novel’s main character is just a stand-in for the author. I won’t speak for other writers, but if I thought that way while writing a story, I’d have a super difficult time writing it. That said, I also identify with Minerva’s mom, Sunny. As a mother, my heart breaks for the position she found herself in.

I couldn’t resist this due to Minerva’s workplace—which ice cream flavor best encapsulates you? What about Minerva’s?

You’re making me realize Minerva never says what her favorite ice cream flavor is in the novel, just that she’s sick of ice cream! My favorite flavor is butter pecan (I’m old, I guess), and I’d say for the record, Minerva’s is cookies & cream. As for which flavor represents us, I think we’d both choose Snickers—or some combination of chocolate, peanuts, and caramel. A natural mix of flavors, and just objectively delightful!

Are you working on anything else right now? What can you tell us about it?

I won’t get specific, but I’m definitely aiming to publish more YA about Latinx kids who have had it for one reason or another. There’s a lot to be angry about!

Is there anything I haven’t asked about What’s Coming To Me that you wish to share?

Just how happy I am that people choose to read it!

Do you have any recommendations for readers who loved What’s Coming to Me?

I’m excited about Erika T. Wurth’s forthcoming novel White Horse because of the strong kinship I felt with the world and characters of her previous novel Crazy Horse’s Girlfriend. I would also recommend We Weren’t Looking to be Found by Stephanie Kuehn, which just came out, if you enjoy emotionally complex characters and issues of recovery (as I do). Earlier this year, I fell in love with Angela Velez’s writing in Lulu and Milagro’s Search for Clarity, which is just hilarious and charming. To be perfectly honest, I’d spend some time with the entire comp and blurb list for WCTM—we intentionally reached out to every author on there because of an authentic connection to their work, because of the strong thematic and/or stylistic similarities. They’re all simply fantastic.

Francesca Padilla is a queer Dominican-American fiction writer born and raised in New York City and currently based out of Rochester, NY. She holds a Bachelor’s degree in creative writing from the State University of New York at Purchase College and is a past recipient of a Walter Dean Myers Grant from We Need Diverse Books. Her debut young adult novel, What’s Coming to Me, is forthcoming from Soho Teen on August 2, 2022. By day, she also works in health and human services across New York State. For more information and updates, visit www.frannypadilla.com.

Previous Post: « Q&A With Karen Yin, So Not Ghoul!
Next Post: Yu and Me Books: A Dream Realized and a Community Uplifted »
On Monday, we announced the launch of #BooksSaveLi