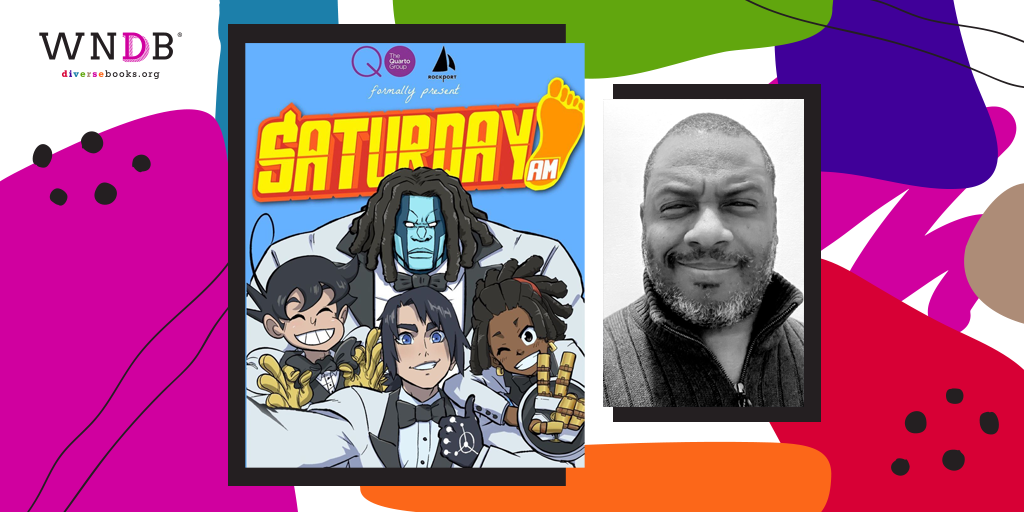 Today we’re pleased to welcome author and founder of MyFutprint Entertainment Frederick L. Jones to the WNDB blog to discuss the launch of Quarto’s Saturday AM!

The Quarto Group is partnering with digital Manga and comic brand Saturday AM for a robust publishing program featuring manga-inspired comics featuring greater diversity and inclusion (i.e., diverse Manga), to be published under its art and design imprint Rockport Publishers. Showcasing creators from across the globe—from Senegal to New Zealand—who center more BIPOC and LGBTQ+ characters in their work, this new style of Manga elevates voices who rarely appear in traditional manga narratives.

When did you know this was something you wanted to dedicate your life to?

I’ve been a lifelong fan of anime manga. I grew up falling in love with it. Back in the late ’70s, when I first discovered the art style, it just stood out to me. As time went on, the decades passed, I became an executive in the video game industry where many games in the ’90s and early 2000s had that Japanese feel to them, so I was able to connect with it again in a professional context. It wasn’t until around the mid-2000s as I was starting to transition out of the video game industry that I saw just how big manga and anime had become. The thing that stood out to me more than anything was the lack of diversity. It’s almost like going backwards a little bit, but at the same time the fan base was becoming more diverse than ever. What inspired me was the fact that I thought this was an art form that I had loved as a kid that I thought had such an incredible skill and inventiveness to it, but I wanted to see it be more representative of the world that so many people live in, and see ourselves represented.

How does knowing and working international, diverse manga artists inform the mission and vision of Saturday AM?

I’ve been telling people since 2013, since we started the company, that diversity is ethically, morally, and financially the right thing to do. We know that people of color have been typically disenfranchised from opportunities, especially in leadership. So if young kids of color can’t see themselves in the material then they begin to develop a mentality that they don’t actually matter, that their stories don’t matter. So I refuse to let that be the situation. The entire point of creativity, the entire point of living is being able to go on a journey and discover things and see things and have it change you. And I know you didn’t ask this question but I’ll just throw this out there. We have had situations where creators of color sometimes have said, “Well, I don’t know. I don’t want to put a character that looks like me in there.” We’re like, “Why?” And they’re like, “It would seem forced.” And it’s like what’s forced about seeing yourself in a story? It’s only forced because so much of the media that we’ve seen has excised us. So I try to make sure when we work with young people, like I said, I want to be inspired by them but I also want to make sure that I inspire them to be free to present themselves.

In the site’s origin story, it states ”Saturday AM was born as a vehicle for new properties that would enable us to not only capture the look of a classic comic book anthology magazine but likewise, recreate the aesthetic and FEEL of manga by serializing content on a bi-weekly basis.” What’s been rewarding about this experience?

Definitely seeing young creators of all backgrounds feel comfortable being able to express themselves and then seeing the reaction, people being really excited that they got to see themselves. I remember we got a note from a young man from South Africa, the first issue came out and he wrote to us. You could just feel the emotion in it because he was talking about how he loved the artwork, he had seen anime manga before and was inspired by it and thought it was awesome but he just never believed that someone who looked like him could do it. He had no frame of reference to believe that he was allowed to do it. I’ll never forget that note because you could feel how emotional he was to the fact that for the first time he saw someone, saw a group of people who looked like him who were doing this and just gave him such confidence to try to do it. I think that’s been the most rewarding thing is just knowing that we’re changing people’s perceptions of this type of content. 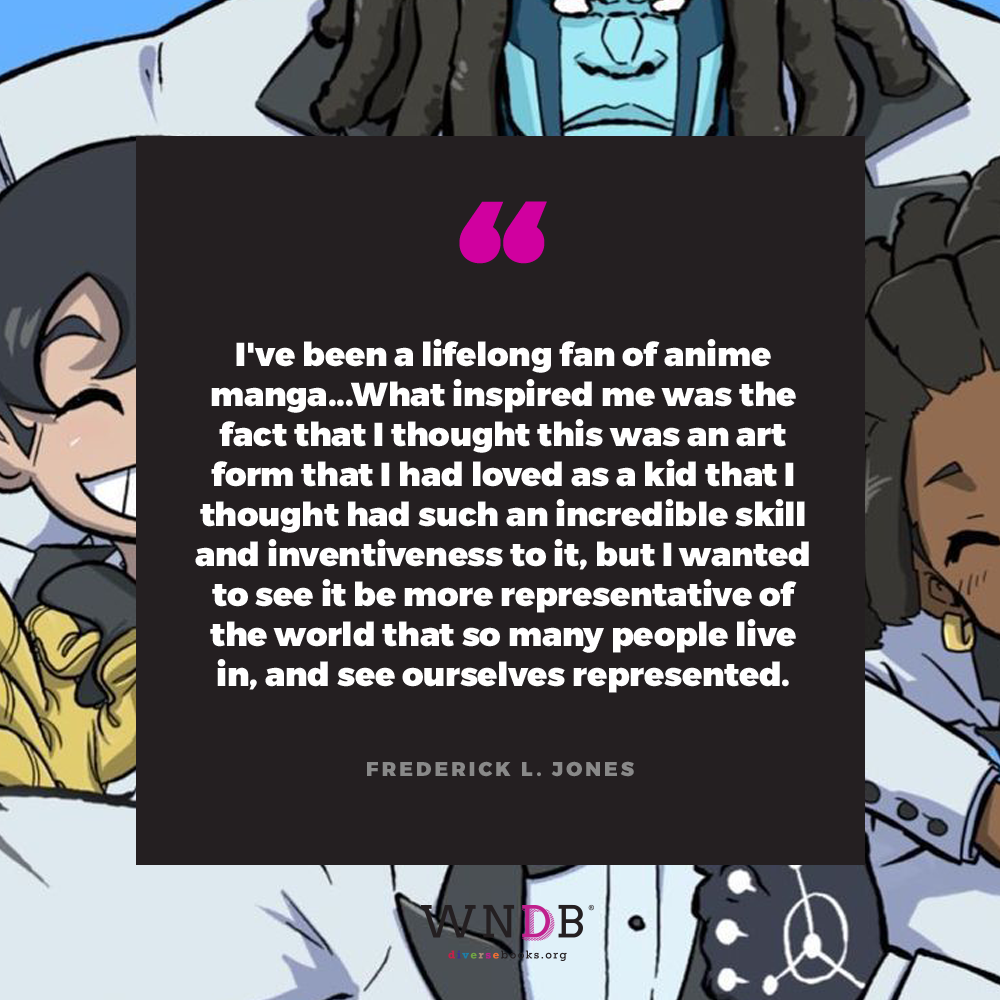 What are some of the challenges you faced when you first started as a manga artist?

As people of color we don’t always get investment opportunities the way that other people do.  So we have to scrap and build things on our own and it’s already hard to start a company but to do it without tons of resources makes it much more difficult, so that part has been really difficult. But beyond that, it’s been rewarding. The past few years, things have really been on the upswing and we’ve been really proud to be where we are today, where we can even talk to you and it’s been exciting.

What can you tell us about Saturday AM’s milestones?

The goal has been, since the very beginning, to build a brand. It was very important for me for the creators to own their intellectual property so the majority of the creators do. We want to make sure that young people of color and everyone who’s working with Saturday AM that they have the ability to leave a legacy for their families.

We’ve had toys made of our series, called Massive Multiplayer World of Ghosts. We got a few more on the way. We had a video game appearance and a mobile game called Flick Solitaire and so we had a whole deck designed for Saturday AM of our characters.

Past that, the big thing is we have this graphic novel program we’re about to launch with our portal group that begins in June of this year. We got 10 books coming out this year so I think that’s a real testament to us and what we’ve built with our brand and with our characters.

Any other projects we should be excited about?

We just came out with an app about a year ago and it’s been doing very well. We have more stuff happening in the video game department. We have some really fun stuff happening in trading cards and toys. The big thing is people want us to have an anime and there’s talks going on. I can’t you know go into details about that but we certainly are in talks.

We have a book coming out with Quarto Group again dedicated to helping young people create their own diverse manga characters to make characters of color representative and authentic. It’s a tutorial book, over 140 pages, full of great theory and how-to tutorials on everything from hair to body type. We’re really excited about that. That comes out in June. 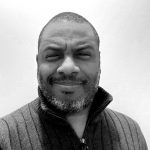 American entrepreneur Frederick L. Jones was born in Durham, North Carolina, and graduated from the University of North Carolina at Chapel Hill with a BA in Communication Studies. He developed a passion for promoting diversity at a young age, including participating in the fight for a Black Student Union on UNC’s campus and attending the original Million Man March in 1995. He spent a decade in the video game industry as an executive. Having worked on nearly every part of product creation, including product marketing, product development, and brand management, Frederick combined his experience with his lifelong love of anime to create the diverse manga brand Saturday AM in 2013. He resides in Raleigh-Durham, North Carolina, with his family and dog, Allie.