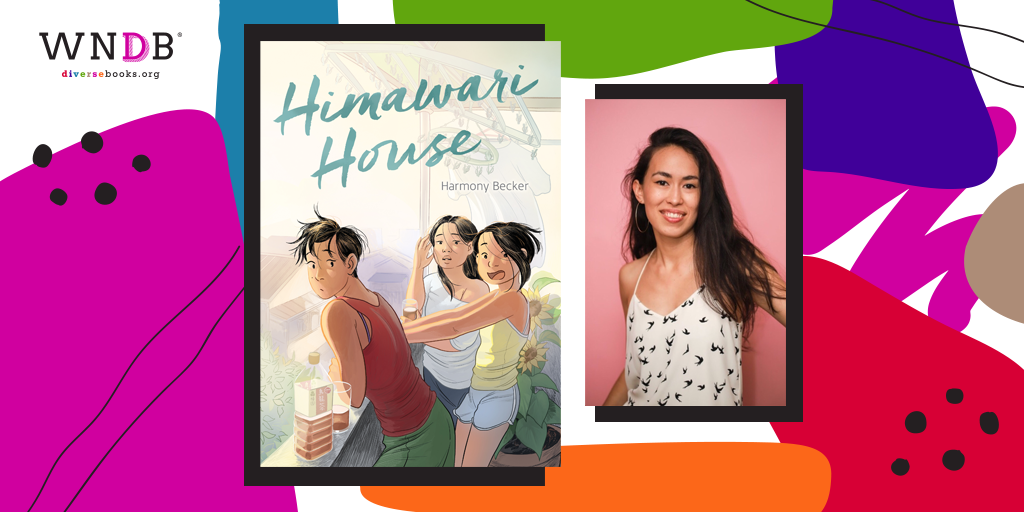 A young adult graphic novel about three foreign exchange students and the pleasures, and difficulties, of adjusting to living in Japan.

Living in a new country is no walk in the park—Nao, Hyejung, and Tina can all attest to that. The three of them became fast friends through living together in the Himawari House in Tokyo and attending the same Japanese cram school. Nao came to Japan to reconnect with her Japanese heritage, while Hyejung and Tina came to find freedom and their own paths. Though each of them has her own motivations and challenges, they all deal with language barriers, being a fish out of water, self discovery, love, and family. 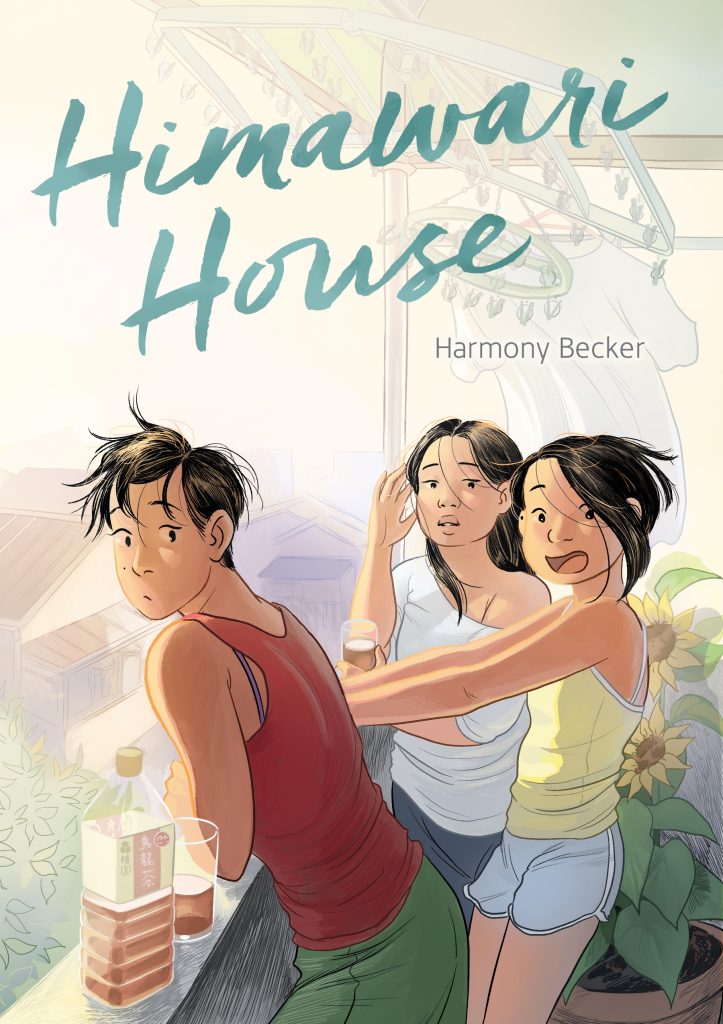 Congratulations on your solo graphic novel debut! How did you come up with the idea for Himawari House? How has the story or art changed or evolved since you published it first as Himawari Share on Tapas?

Two short comic series that I had just posted on Instagram had done really well, so I wanted to try drawing something more long-form. I thought to myself, well, what’s something that I know well enough to fill a couple dozen chapters or so? And I decided to write about languages, which I’m really passionate about, and study abroad, which I have a decent amount of experience with.

The story is actually a bit shorter than what I had initially envisioned, and the art has evolved quite a bit. The first 6 or so chapters were written and drawn before I got the job illustrating They Called Us Enemy, so in between chapters 6 and 7 I got a whole lot more experience. I went back and redrew those beginning chapters for the graphic novel, but by the time I finished the book I wanted to redo them again….

What was your favorite part about writing Himawari House? What was the most challenging part?

Sometimes random scenes would just come to me, nearly perfectly intact, while I was listening to music or something. The scene at the end of Chapter 10, when Tina is walking home from work, came to me while I was listening to the song “Rebirth” by 10cm. And sometimes while writing, the dialogue would just flow so naturally, as if I were taking dictation while listening to the characters talk. So those bits were really fun and easy, almost like I wasn’t even doing any work. The difficult part is connecting the dots in between, when you don’t necessarily feel connected or inspired, and making sure that those random scenes can come together to create a cohesive whole.

Can you walk us through your creation process a little? Did you write the story first, then the art, or did you create both simultaneously? How did you know when to let the art, the words, or both do the storytelling?

When I was publishing the webcomic Himawari Share, I was writing and drawing at the same time. I’d write the dialogue while thumbnailing on paper, ink everything traditionally, and then add tones and text in Photoshop. I had a vague outline of what I wanted to happen in each chapter, but it wasn’t very structured until I came back to writing after finishing TCUE. I realized it was much easier to make changes while working from a script, so I wrote it all out and then thumbnailed it after. I also decided to do the whole book digitally, which was a lot faster.

I think it just depended on how I envisioned it in my head, whether what came to me first/most strongly was the words or the images.

Each of the girls are from different countries and cultural backgrounds, and they each have their own reasons for being in Japan. Where did you get the inspiration for these characters? Were there any characters that were more challenging to write than others?

I sort of assigned each one of them a theme I wanted to explore. Nao was the easiest to write because we have a similar cultural background, but I was a little nervous about my lack of expertise for Tina and Hyejung. You can’t know what you don’t know, so I was nervous I’d write one of them from an overly American perspective and not be able to tell because I don’t have that same cultural background. There’s so many little things that pile up to create a person’s unique way of looking at the world, and I was afraid of the limits of my own experience hindering the writing. I had some really fantastic cultural consultants, though, and they were really helpful in rounding out the nuances of each character.

You capture the ever changing emotions of individual characters and also the emotional dynamic of the group so beautifully. I absolutely love the way you hold space for all of these feelings and your ability to portray them at the same time. What was the process like in portraying such a range of emotion, often within just a few panels? How did you balance feelings like homesickness and sadness with humor and excitement?

I think I just wanted to show life the way it feels, or at least the way it feels for me. I was also really inspired by manga like Honey and Clover and Umimachi Diary. They both use tone shifts that feel realistic and grounded and can switch really quickly from melancholy and heavy to very humorous. Like life! 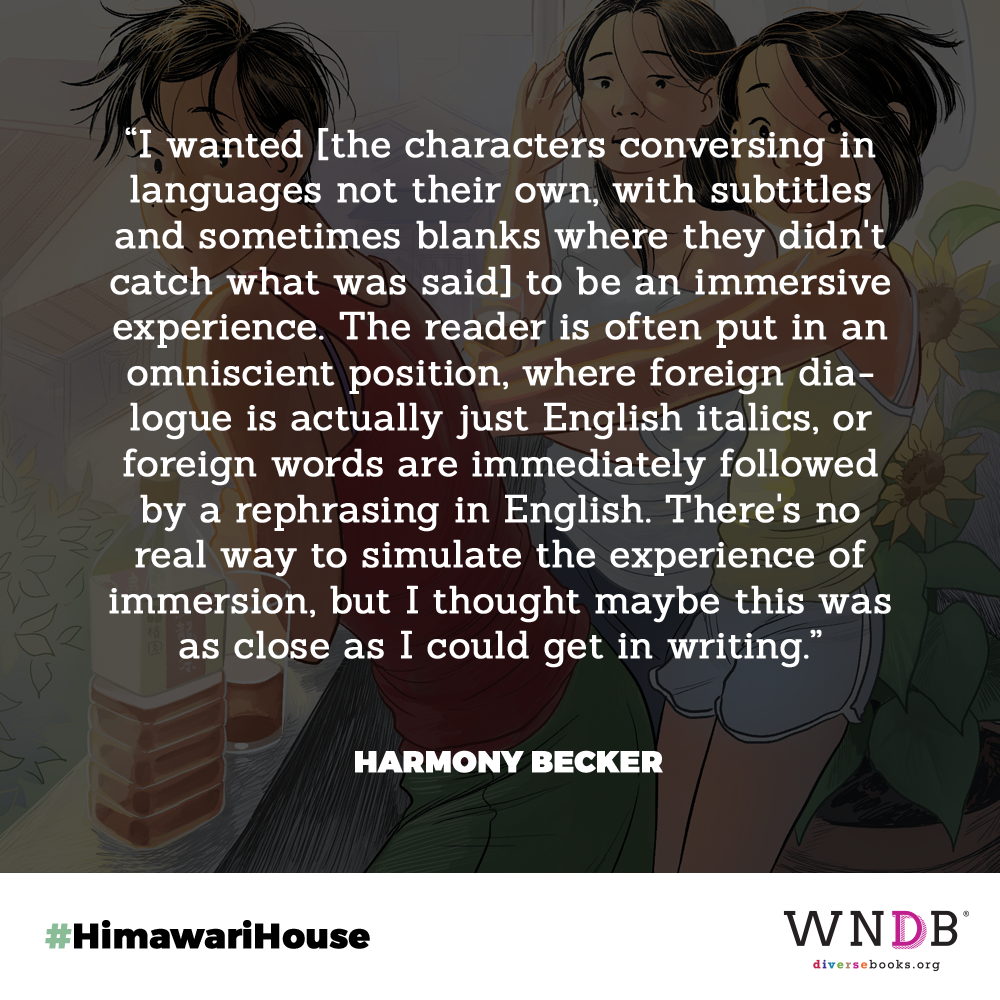 Food acts as a through line in the story, and whether it’s trying a new food, learning how to cook, or sharing food traditions with the rest of the housemates, it helps the characters connect, acts as a tether to an idea or feeling, and more. Did any of your favorite foods make it into the book? Did you do any research or use any reference material (read: eat) for the foods you included?

Of course, of course, of course. I love Japanese food, Japanese food is life. Every food that appears in the book is a food I love except for maybe the shirako sushi, haha. Even when I’m not working on a particular project, I like to take photos, just in case they’ll come in handy for reference later. So I had a lot of reference photos for food and buildings and such dating back to 2013 or so. The panel of Nao’s relatives eating dinner in Chapter 9 referenced a photo I took of a meal one of my mom’s friends made for us when we went to visit. It was so delicious I wanted to immortalize it in a book. Japanese home cooking is just….*chef’s kiss*

Himawari House is a multilingual book, and the characters are often conversing in languages that are not their first language. I love how the subtitles act as a translation for what the characters can understand and how there are sometimes blanks when they don’t catch everything that is said. That is exactly how I felt when I lived in Hong Kong for a few months. What was your thought process behind the multilingual aspect of this book and writing the dialogue in such a way that the reader only knows as much as the character can understand?

I wanted it to be an immersive experience. The reader is often put in an omniscient position, where foreign dialogue is actually just English italics, or foreign words are immediately followed by a rephrasing in English. There’s no real way to simulate the experience of immersion, but I thought maybe this was as close as I could get in writing.

The events in Himawari House take place over a year. How did you decide what moments to include and which POV to narrate those moments from?

I thought it made more sense for this particular story to have it be set in a specific time frame and just follow the threads of what each character went through during that time, as opposed to having a very structured plot that builds up to a climax and then resolves. I also wanted to include every season and the specific feelings they evoke. I liked the idea of seeing how different characters would react to the same things, for example Tina, who never grew up seeing much snow compared to the other characters.

I’m vaguely working on writing something new, but it’s in that stage where it still hasn’t decided if it wants to actually exist or not. But maybe telling you that will make me pressure myself into making it a reality, haha. 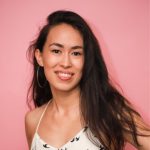 Harmony Becker was born in Cincinnati, Ohio. She is the illustrator of George Takei’s graphic memoir They Called Us Enemy. She currently lives in Mexico City.

Previous Post: « Q&A With Tyler Gordon, We Can: Portraits of Power
Next Post: Q&A With Makiia Lucier, Year of the Reaper »
Applications are open for Literary Agents of Chang