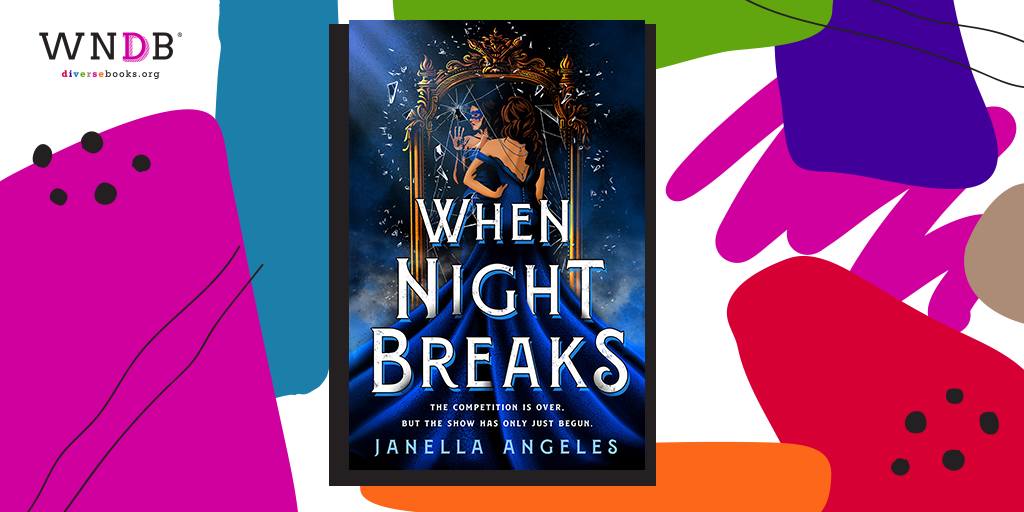 Today we’re pleased to welcome Janella Angeles to the WNDB blog to discuss When Night Breaks. 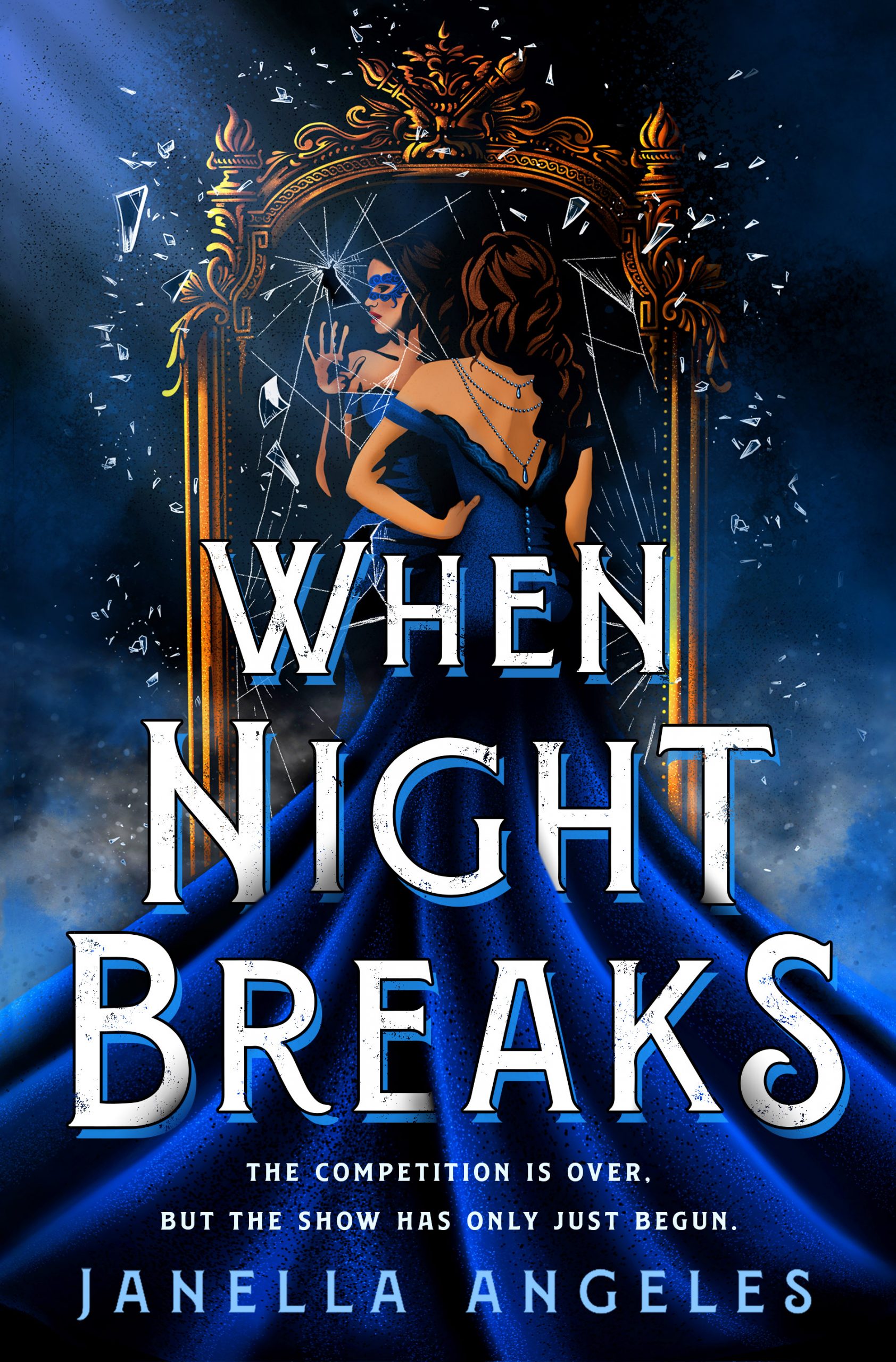 I love the main protagonist Kallia with her confidence and perseverance, and she definitely inspires me personally in many ways. What was the thought process behind the main heroine? And what drew you to incorporate the history of gender discrimination as one of the central themes in this story?

Thank you so much! There was honestly so much inspiration behind Kallia’s character. One kernel came from playing on The Phantom of the Opera elements, but always yearning to see a Christine who was more ambitious about her talent than timid to show it. I also was the type of reader who loved bold, glamorous characters but rarely ever saw any that looked like me. As such, I wanted to create an empowering, confident, powerful woman of color in a fantasy that I had always wished to read about since I was young, and Kallia is absolutely that in a nutshell for me.

In terms of gender discrimination, the idea first sparked for me when I randomly watched a reality television about amateur stage magicians performing for a panel of judges. Of all the male contestants, there were probably about one or two female magicians of the entire season I inhaled. One of the female magicians, in particular (who is part Filipino, which made my heart happy!), said a comment in her show intro saying how magic has been seen as a boy’s club, and she wanted to change it up.

Naturally, this magician also became a source of inspiration for Kallia, but it also drew me to look into the gender inequality and sexism that’s just as pervasive and ingrained in the world of magic as it is in many aspects of our lives. There’s a reason why when we think of magicians, the first ones that come to mind are all men. Or why female magicians are often mistaken for the assistants (even though magician assistants do practically all the work when it comes to pulling off a very convincing illusion!). All of this shaped the competition element of Where Dreams Descend, and how the entertainment industry often undervalues and underestimates women (especially women of color), but it also provided such a backbone for Kallia as an outsider coming into this world where these strange society norms are the hurdles she’s up against when going for her dreams. Since she was young, Kallia was always taught to go for what she wants because she’s a fantastic powerful magician, nothing more and nothing less. I love being able to explore that sense of empowerment, along with embracing femininity as power, in Kallia.

Without giving too much away, what were some of your favorite scenes to write in When Night Breaks?

It’s no spoiler that When Night Breaks was heavily inspired by Hadestown, a gorgeous musical that interprets the Orpheus and Eurydice myth. I absolutely loved writing the scenes that call back to the show, and one of them is a scene I fondly call the “Wait for Me” scene.

How did you continue to develop the relationships between Kallia, Jack, and Demarco? What aspects of their relationships with each other were important to highlight?

The relationships shift a lot from Book 1 to Book 2, with a lot of ups and downs and build-up that I hope make for a satisfying arc of where they all land with each other in the end. While I love a heavy dose of romance and tension, I also feel like this book is a self-exploration for all of these characters. Despite the ships and questions about who ends up with who, each character has a purpose outside of a love interest that weighs on them heavily and gives the reader insight into why they are the way they are, and what they ultimately want. Though I do love how these character dynamics and relationships really expand from Book 1, Kallia, Jack, and Demarco all go through so much personal character growth within themselves which I personally love seeing as a reader at the end of a series.

From a craft perspective, what was the easiest aspect of writing the second book in the Kingdom of Cards duology? What was difficult about it?

Oh boy, this is definitely a tough question to answer because I personally did not find anything easy about writing this book, haha. Working on this during the year of the pandemic that also happened to be my debut year made the creative process that much more thorny and tedious, to a point where I wasn’t even sure I could finish this book at all. That was probably the most difficult when the doubt really pours into your writing and everything feels wrong all the time—all the while, the stakes feel so high because it’s a sequel and an end to a duology, so you want everything to land strong.

Though when it comes to what aspect was easiest, I would say having an idea of where I wanted all of my characters to be was a huge help and goal post to write toward. There have been so many trashed drafts of this book with so many changes all throughout, but to have one very solid and important point to hit helped drive me to the end, despite all the bumps and wrong turns on the way.

The cliffhanger at the end of Where Dreams Descend…Did you know exactly how When Night Breaks was going to unfold? Did you surprise yourself while writing this book?

I 1,000 percent surprised the heck out of myself with every draft of this. There was a lot that I planned beforehand, and a lot that just felt like a better direction to go in as I was writing. I’m not sure any author ever knows how a story will truly unfold from the beginning, and I love that kind of discovery magic. As if the characters and the world are alive when they start demanding for this to happen to them instead of what was initially planned. I truly hope the things that surprised me in the making of this book can be a surprise to the reader, as well! 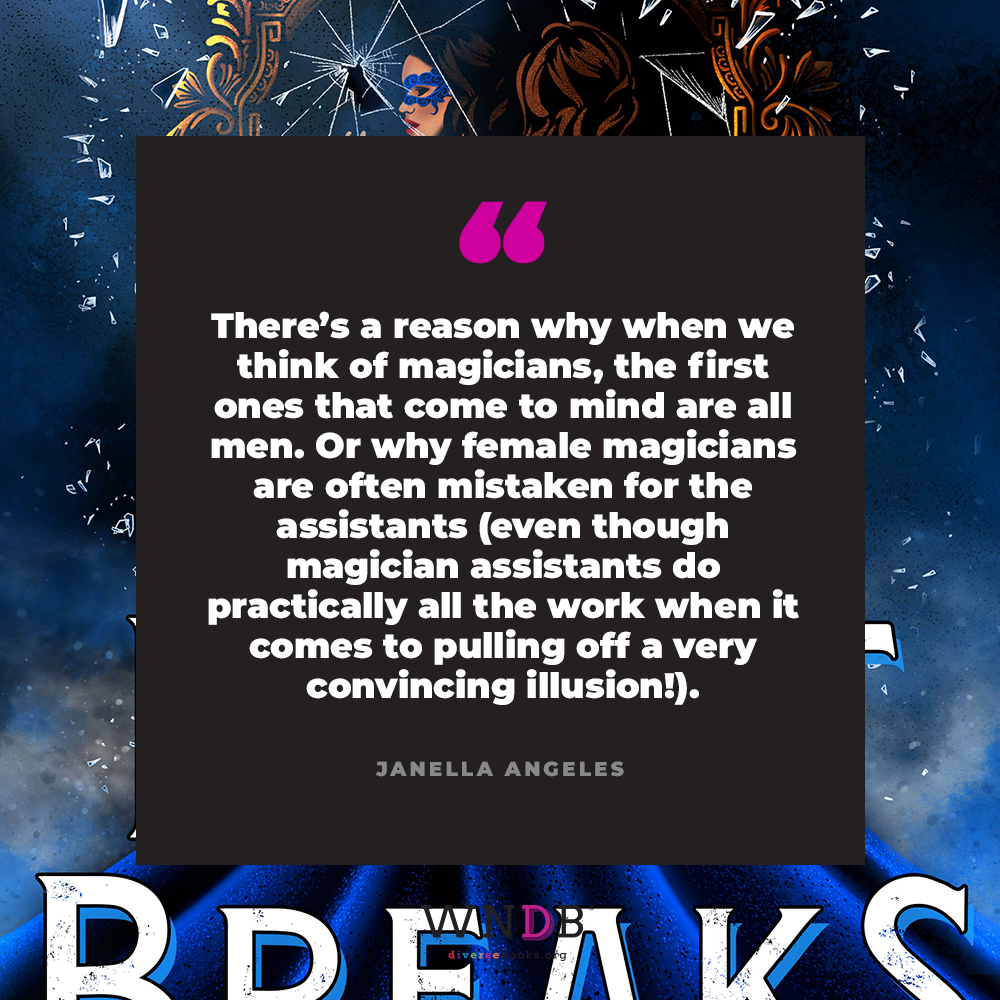 If you could design your dream panel to promote When Night Breaks, what would it be about? What other authors would you love to have on it with you?

This is such a fun question, though my answer may not be “fun” in the typical sense. One thing that actually surprised me about writing When Night Breaks was how heavily it tied to themes of mental health. I didn’t think it would get that deep, but as I was going through a mental health journey of my own during the writing of it, it makes sense that so much of that spilled over in my writing in ways I didn’t even expect.

As such, even though this book was hard to finish, it ultimately became very personal, which is something I love seeing in SFF. So I guess my dream panel would be Fantasy: A Vehicle for Reality, where authors would share what sort of personal themes and real-life insights they share in their books through the lens of fantasy and magic. Some authors I feel could be great fits for this panel would be Mara Fitzgerald (Beyond the Ruby Veil), Roseanne A. Brown (A Song of Wraiths and Ruin), and S. Jae-Jones (Wintersong).

Do you have any forthcoming or published books you’d recommend?

Yes! Admittedly I’ve had a terrible reading year(s) which I think I’m slowly crawling my way out of, so the forthcoming/recently published books that are high on my TBR are: The Ivory Key by Akshaya Raman, XOXO by Axie Oh, These Deadly Games by Diana Urban, Ace of Spades by Faridah Àbíké-Íyímídé, and Renegade Flight by Andrea Tang!

Oh, this is a tough one. Honestly, I love any question that asks me about my love for musicals, and if I would ever like to see Where Dreams Descend be made into a musical. The answer to that, of course, is yes. 100 percent yes.

Janella Angeles is the Filipino-American bestselling author of Where Dreams Descend. She got her start in writing through consuming glorious amounts of fanfiction at a young age—which eventually led to creating original stories of her own. She currently resides in Massachusetts where she works in the business of publishing books on top of writing them, and is most likely to be found listening to musicals on repeat while daydreaming too much for her own good.”

Previous Post: « Q&A With Lilliam Rivera, We Light Up the Sky
Next Post: Cover Reveal for Treasure Tracks by Sallie Anne Rodriguez »
Congratulations to the 2023 #ALAYMA winners and ho