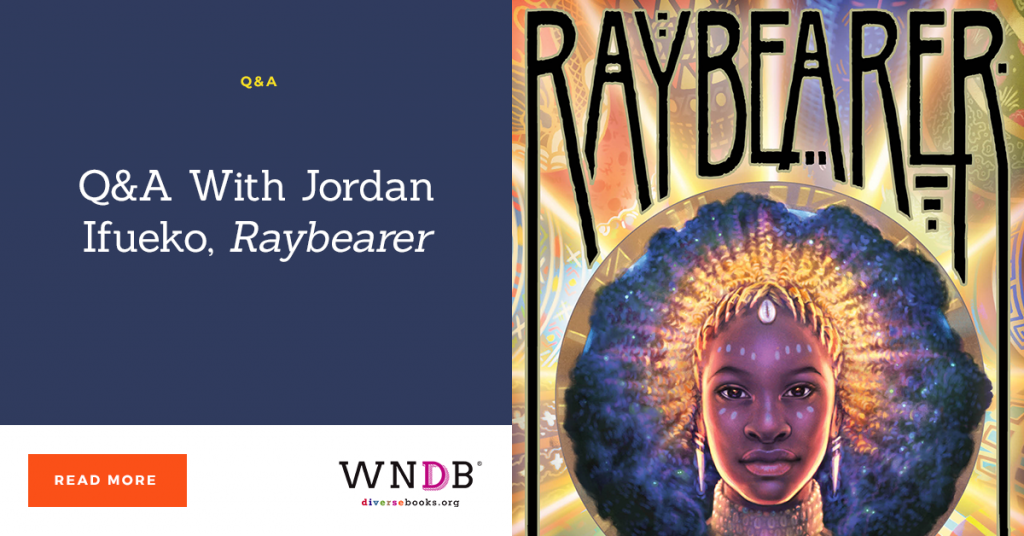 Today we’re pleased to welcome Jordan Ifueko to the WNDB blog to discuss her YA novel Raybearer, out August 18, 2020! 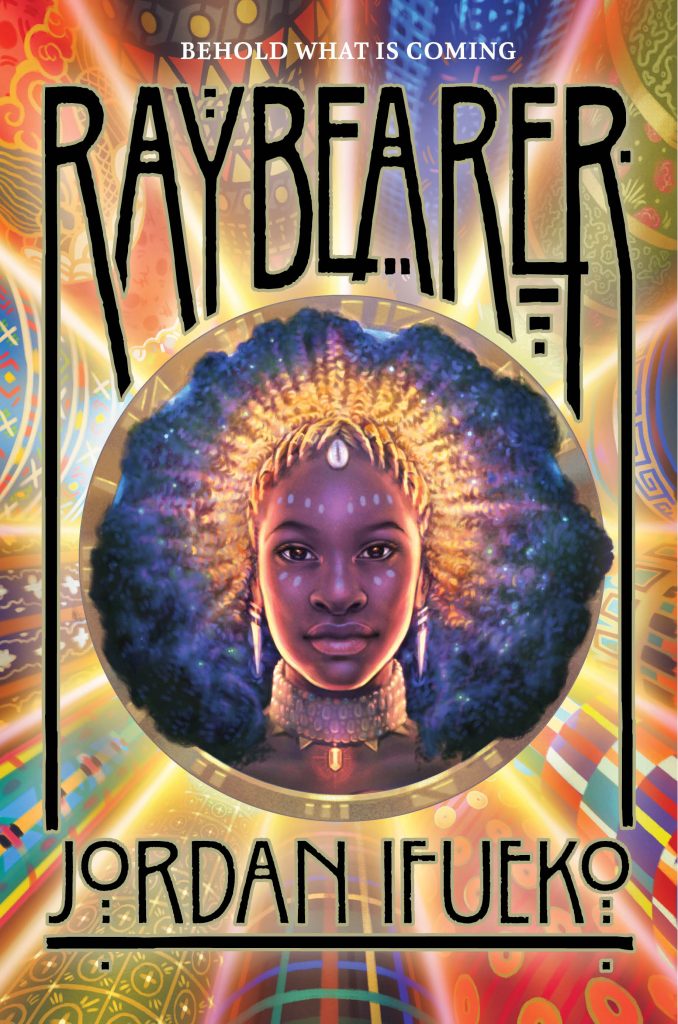 Nothing is more important than loyalty.
But what if you’ve sworn to protect the one you were born to destroy?

Tarisai has always longed for the warmth of a family. She was raised in isolation by a mysterious, often absent mother known only as The Lady. The Lady sends her to the capital of the global empire of Aritsar to compete with other children to be chosen as one of the Crown Prince’s Council of 11. If she’s picked, she’ll be joined with the other Council members through the Ray, a bond deeper than blood. That closeness is irresistible to Tarisai, who has always wanted to belong somewhere. But The Lady has other ideas, including a magical wish that Tarisai is compelled to obey: Kill the Crown Prince once she gains his trust. Tarisai won’t stand by and become someone’s pawn—but is she strong enough to choose a different path for herself? With extraordinary world-building and breathtaking prose, Raybearer is the story of loyalty, fate, and the lengths we’re willing to go for the ones we love.

What kind of research did you have to do for Raybearer? How did you construct the magic systems and the way they work for your world and characters?

Lots! Raybearer is set in a world with 13 culturally distinct realms based on real-world cultures, and I wanted to honor those cultures faithfully with a fantasy twist. Research on pre-colonial West Africa was difficult because a lot of sources are buried beneath colonial, rather than African, voices. But the hunt was fun, and my Yoruba and Bini relatives were more than happy to help!

Are there any YA fantasy tropes or plot devices you absolutely love?

I love “found families” getting to make a place all their own—when Tarisai and her council siblings get to move to a castle of their own for the first time, I loved writing their interactions there.

Are you a plotter or a pantser? How did you keep yourself organized while writing and editing Raybearer?

Both! I am a pantser who panics and tries to retroactively plot and then I pants myself away from the meticulous outline again, based on what the story needs. My organization system is an incredibly chaotic collection of handwritten notes, Word documents, Google Drive files, physical notebooks, and pictures on my phone.

Raybearer was originally slated for publication in April. What has it been like releasing your book in 2020, during a pandemic? Do you have any tips for other authors who are releasing during the pandemic?

It was sad and surreal at first, but I was one of the lucky ones—my pub date got moved to a time that, while obviously still in the pandemic, was a little calmer. Some people had to release their books in the spring among the chaos, with canceled tours left and right. My advice to other authors would be to have your A-team of fellow authors and friends close at hand. They want your book to do well and you shouldn’t have to go through this alone!

Do you have any other (non-pandemic) advice for authors, especially debut YA fantasy authors?

So many people have been calling for a sequel to Raybearer. What, if anything, can you say about that? Do you plan to write more in the series?

There is a sequel! It will come out next year.

What other books do you see Raybearer as being in conversation with? And do you have any recommendations for published or forthcoming books?

So, so many. Some spectacular debuts from this and next year include A Song of Wraiths and Ruin by Roseanne A. Brown, Legendborn by Tracy Deonn, Given by Nandi Taylor, and The Gilded Ones by Namina Forna.

I’m a bit of a fashion and textiles geek, and so I love talking about my characters’ clothes. There’s one scene in Raybearer when Tarisai describes how a certain West African-inspired fabric is made—designs drawn with wax, then fabric is dyed, and the max melted away to leave a vivid design behind. I would love to learn how to do that! 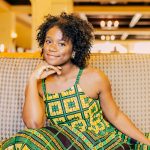 Jordan Ifueko is a Nigerian American writer who grew up eating fried plantains while reading comic books under a blanket fort. She now lives in Los Angeles with her husband and their collection of Black Panther Funko Pops. She can be found on Twitter and Instagram at @JordanIfueko. Raybearer is her debut novel.

Previous Post: « Book Trailer Reveal for All Because You Matter by Tami Charles, Illustrated by Bryan Collier
Next Post: Cover Reveal for The Ghosts We Keep by Mason Deaver »
We're thrilled to reveal the cover for TOKYO NIGHT