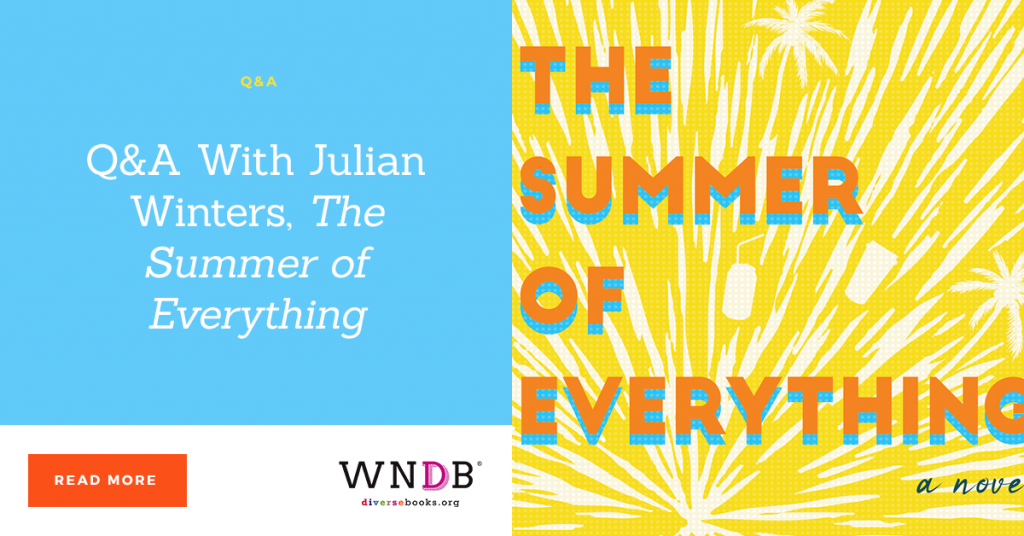 Today we’re pleased to welcome Julian Winters to the WNDB blog to discuss his YA novel The Summer of Everything, out September 8, 2020! 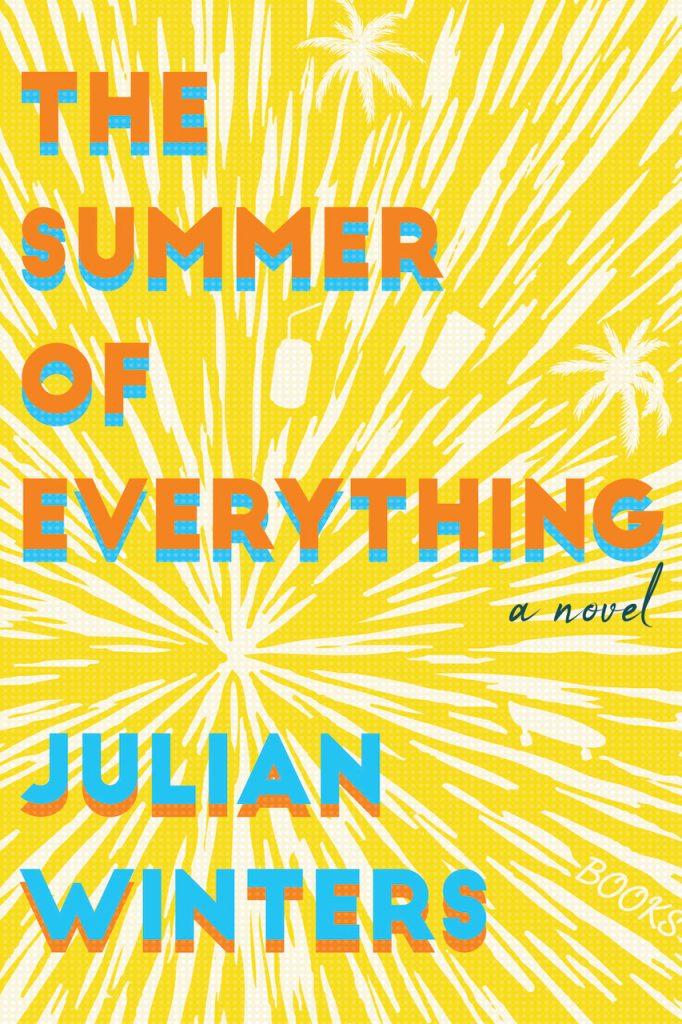 Comic book geek Wesley Hudson excels at two things: slacking off at his job and pining after his best friend, Nico. Advice from his friends, ‘90s alt-rock songs, and online dating articles aren’t helping much with his secret crush. And his dream job at Once Upon a Page, the local used bookstore, is threatened when a coffeeshop franchise wants to buy the property. To top it off, his annoying brother needs wedding planning advice. When all three problems converge, Wes comes face-to-face with the one thing he’s been avoiding—adulthood.

Now, confronted with reality, can Wes balance saving the bookstore and his strained sibling relationship? Can he win the heart of his crush, too?

For me, it’s reflective of the world I was seeing every single day before writing the book. Every time I entered a coffee shop or a mall or walk around a shopping center, there were teens, young adults, college-age people wearing their Pride shirts or watching LGBTQIA+ content on social media or being their authentic-selves in their friend groups. Their conversations were so frank and fun and about queer things—I knew I needed to write something like that not only for those teens but for the ones who don’t have that kind of community just yet.

I don’t know if it’s adding anything fresh to the canon—we were always there—but it definitely adds emphasis to the fact that our stories are universally wanted. That we deserve to be the main characters in every trope imaginable because, for so long, our stories were driven by trauma and tragedy. Books with multiple LGBTQIA+ characters are needed, not just for the LGBTQIA+ community, but for parents, teachers, friends, peers… for everyone to see our existence and hopefully see how amazing we are as just humans.

Have you ever had your own “summer of everything” (you can interpret that in any way you want)?

Yes! It didn’t happen until my early twenties, but it was the summer I attended my first Pride, found a family of other queer-identifying people, met a boy, fell in love, and got into a lot of unnecessary trouble. Basically, everything that happens in a good Netflix movie!

This book features a local bookstore heavily. What are some of your favorite indie bookstores?

TSOE is very much about figuring out who you want to be. Are there any moments in Wesley’s journey that you absolutely loved writing?

Definitely. Besides all the friendship moments, Wes’s struggles with figuring out what his future looks like after high school was such an emotional journey for me to write. Writing a character, a POC character at that, struggling with whether college is the right fit for him was such an important part of the story. So much of my life leading up to and after graduation was about college and how that was the only way I was going to be successful. Mentally, it made me feel defeated before I even started. It felt as if, as a Black person, I only had one way to “making it”—only one right way, at least. Exploring how Wes deals with that pressure was a big deal for me.

Plotter! But I’m trying to be more of a pantser. Sometimes, I overthink and it takes months before I’ll start a project just because I’m nitpicking over an outline or making sure I’ve developed the story enough instead of getting it out of my head so I can turn it into something worthy of being read.

What other books do you think The Summer of Everything is in conversation with? And do you have any recommendations for published or forthcoming YA novels?

I think it’s in conversation with books like Felix Ever After by Kacen Callender, Now That I’ve Found You by Kristina Forest, You Should See Me in a Crown by Leah Johnson.

I have a lot of recs, including all three books listed above! By Any Means Necessary by Candice Montgomery, Darius the Great Deserves Better by Adib Khorram, American Panda by Gloria Chao, Cemetery Boys by Aiden Thomas, Legendborn by Tracy Deonn, Tristain Strong Punches a Hole in the Sky by Kwame Mbalia, A Phoenix Must First Burn anthology edited by Patrice Caldwell, Internment by Samira Ahmed, This is Kind of an Epic Love Story by Kacen Callender

Honestly, I wish people would ask, “Why do you write stories so centered on joy?”

The answer: because we need them. Young readers need them. Every day is a reminder that racism exists, homophobia exists, people will hate them for their beliefs, their economic situation, their background, who they fall in love with, the way they look, talk, etc. They need a reminder that they deserve joy. They deserve to dance like no one’s watching. They can be the hero or the sidekick or whatever. They deserve to laugh and mess up and see a bright, beautiful future for themselves.

The real question is, “Why not joy?” 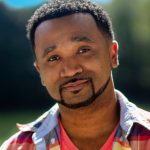 Julian Winters is a best-selling author of contemporary young adult fiction. His novels Running With Lions and How to Be Remy Cameron (Duet, 2018 and 2019 respectively), won accolades and awards for their positive depictions of diverse, relatable characters. Running With Lions is the recipient of an IBPA Benjamin Franklin Gold Award. How to Be Remy Cameron received a starred review from School Library Journal and was named a Junior Library Guild selection. A former management trainer, Julian currently lives outside of Atlanta where he can be found reading, being a self-proclaimed comic book geek, or watching the only two sports he can follow—volleyball and soccer. The Summer of Everything will be followed by his fourth novel Right Where I Left You from Viking Children’s/Penguin in 2022.

Alaina Leary (Lavoie) is the communications manager of We Need Diverse Books. She also teaches in the graduate department of Writing, Literature, and Publishing at Emerson College and is a book reviewer for Booklist. She received a 2017 Bookbuilders of Boston scholarship for her work in the publishing industry. Her writing has been published in New York Times, Teen Vogue, Cosmopolitan, Refinery29, Allure, Healthline, Glamour, The Oprah Magazine, and more. She currently lives in Boston with her wife and their two literary cats. Follow her @AlainasKeys on Instagram and Twitter.