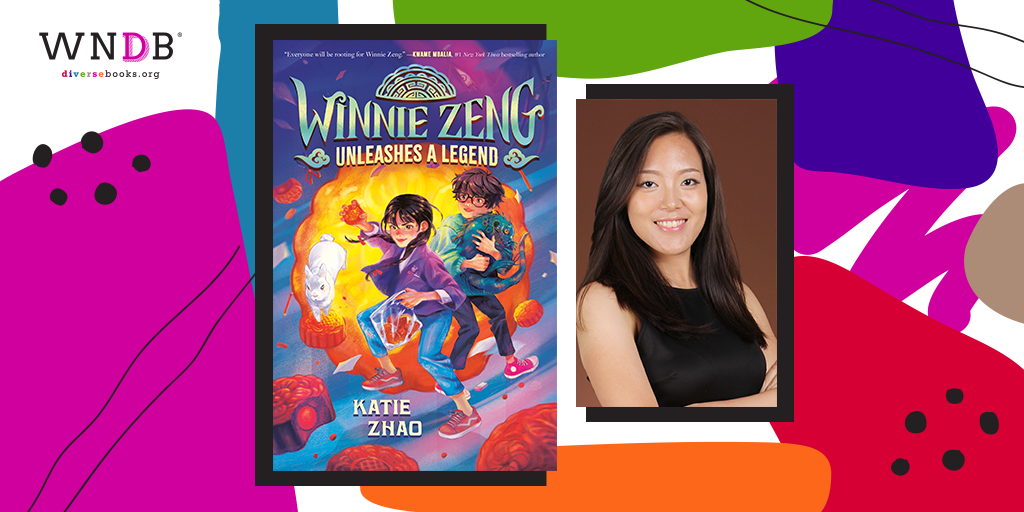 Today we’re pleased to welcome Katie Zhao to the WNDB blog to discuss her novel Winnie Zeng Unleashes a Legend, the first book in a new middle-grade fantasy series, out April 26, 2022.

When a girl awakens the stuff of legends from an old family recipe, she must embrace her extraordinary heritage to save the world. . . .

Winnie Zeng has two goals: survive her first year of middle school, and outdo her stuck-up archnemesis, David Zuo. It won’t be easy, since, according to her older sister, middle school is the pits. Luckily, Winnie studied middle school survival tactics in comic books and anime, and nothing will stop her from being the very best student.

But none of Winnie’s research has prepared her to face the mother of all hurdles: evil spirits. When she makes mooncakes for a class bake sale, she awakens the stuff of legends from her grandmother’s old cookbook, spilling otherworldly chaos into her sleepy town.

Suddenly Winnie finds herself in a race against time, vanquishing demons instead of group projects. Armed with a magic cookbook and a talking white rabbit, she must embrace her new powers and the legacy of her ancestors. Because if she doesn’t, her town—and rest of the world—may fall to chaos forever. 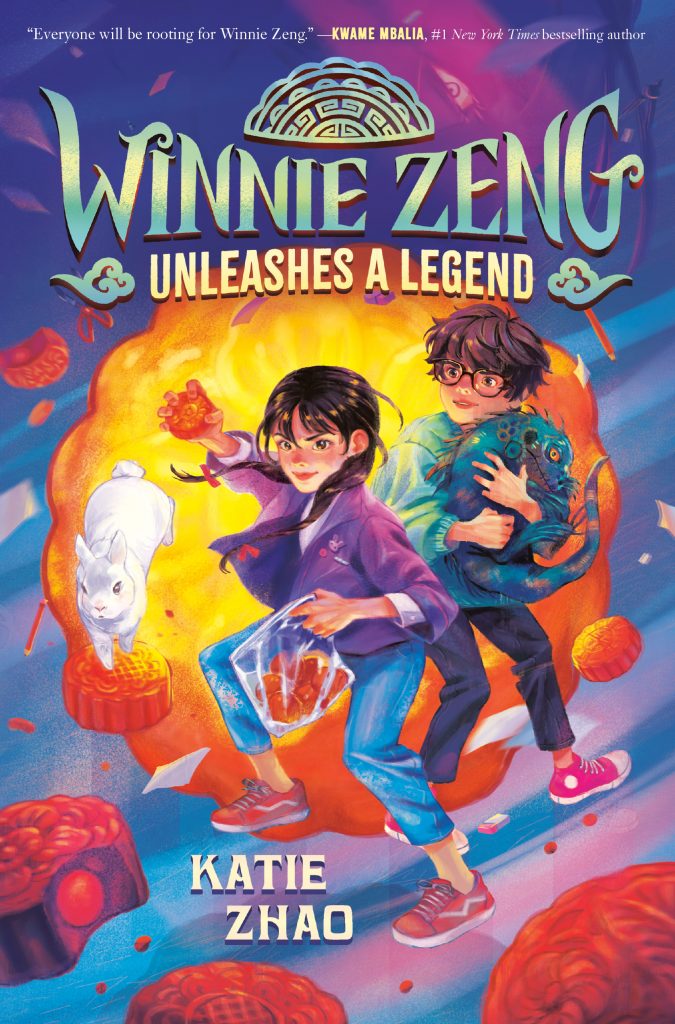 Who and what was the inspiration behind Winnie Zeng Unleashes a Legend? What compelled you to write this book?

Many different stories inspired and compelled me to write Winnie Zeng Unleashes a Legend! Specifically, a couple of books I’m thinking of right now are The Epic Crush of Genie Lo by F. C. Yee, Midsummer’s Mayhem by Rajani LaRocca, and Pie in the Sky by Remy Lai. The humor and heart of these books made me want to write something similar, which is a middle-grade fantasy that is very grounded in today’s world. Mainly, I wanted the heart of this book to be about growing up Chinese American and that experience.

I was also inspired by anime! I feel like a lot of my books are inspired by anime and manga because I grew up consuming so much of it. I mention some in the book and the humor itself is something I wanted captured.

Without giving too much away, what were some of your favorite scenes to write in Winnie Zeng Unleashes a Legend?

No spoilers here—but the Chinese school scene was super fun to write! I was able to think back to my own Chinese school experiences a lot. I also had never read a book where the character goes to Chinese school and has magical experiences. Other scenes I really enjoyed writing were between Winnie and her older sister because of the sibling dynamic and the complicated nature of that relationship. I also had a lot of fun writing the scenes between Winnie and David, especially with their back-and-forth banter.

I’m so glad you asked this question! I love writing about academic rivals. I modeled David after the kids who were “perfect.” I was often compared to them growing up, so I thought it would be fun for Winnie to have a competitive relationship with someone like David. I also feel like this experience is very unique to Asian Americans. Parents often compare their kids to each other, and it becomes almost like a polite competition.

From a craft perspective, what was the easiest aspect of writing the first book in the Winnie Zeng series? What was difficult about it?

The easiest part was world building and the relationships. I have written another middle-grade fantasy duology, The Dragon Warrior, which involved more world building and more fantasy elements. This book was set in more of a contemporary world with magical elements. I felt like I knew Winnie and who I wanted her to be, so I was able to draw from my own childhood experiences and add magical experiences to them. That was why world building came easier to me. Similarly, while writing about the relationships Winnie has, I was able to pull inspiration from the relationships I had growing up and put them with the characters in this book, as with Winnie’s parents pushing her to work hard and the parallels to my parents pushing me.

The aspect I struggled with most was writing the rising tension in the book. I wanted to make these experiences not just exciting for Winnie but also for the reader. I wanted the tension to really be prevalent in this book, and not just have it be about a girl who goes to middle school and has to fight spirits. I wanted to show Winnie’s growth and have readers be invested in the journey. 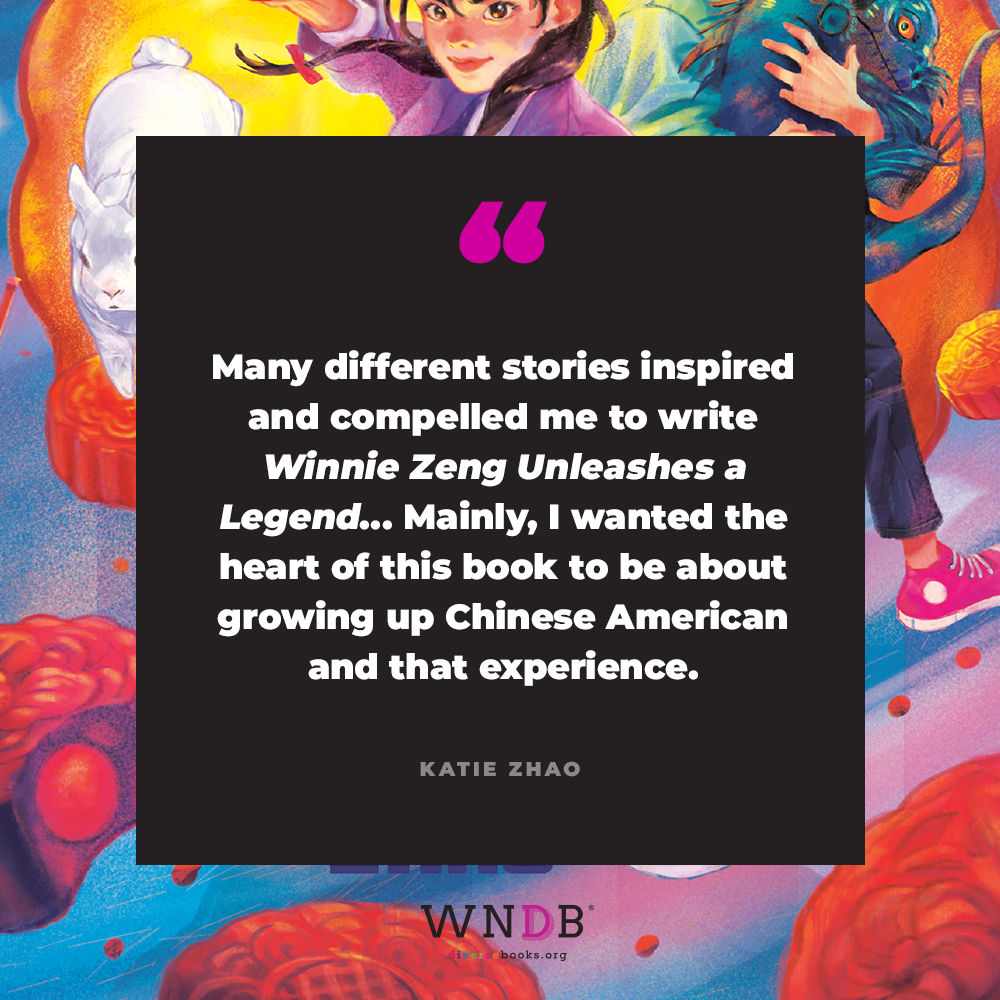 I love the art on the cover of this book. Could you talk a little more about it?

Yes! I love how whimsical and magical the art is. The cover reminds me of my favorite middle-grade books, but this time with Chinese characters in the front! The art is by Sher Rill Ng, who is an amazing illustrator. I especially love the subtle details in the background. I remember screaming when we added the title to the cover because it’s just like BAM!

If you could design your dream panel to promote Winnie Zeng Unleashes a Legend, what would it be about? What other authors would you love to have on it with you?

I would want it to be about ordinary heroes! I would love to have authors Rajani LaRocca, J. C. Cervantes, Kwame Mbalia, and Remy Lai.

I would like to be asked more often about my favorite anime. My favorite anime is called Major, which is a baseball anime. I really love the characters and the relationships. That is something I am really drawn in by, and I think that really comes across with Winnie Zeng. I love a really exciting story that is not solely focused on the events but also on how the characters interact with each other and how they change throughout the book.

I’m so glad there are authors like you who are bringing this Chinese American representation to middle-grade fantasy. Thank you so much, Katie, for your time, and all the best with your book Winnie Zeng Unleashes a Legend!

Katie Zhao is a graduate of the University of Michigan, where she earned a BA in English and political science in 2017 and a master of accounting degree in 2018. She is the author of the Dragon Warrior series, How We Fall Apart, Last Gamer Standing, and the Winnie Zeng series. She’s a passionate advocate for diverse representation in literature and media. 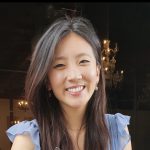 Previous Post: « Q&A With Jeni Chen, Emet’s Box
Next Post: Q&A With Valerie Bolling, Together We Ride »
Applications are open for Literary Agents of Chang