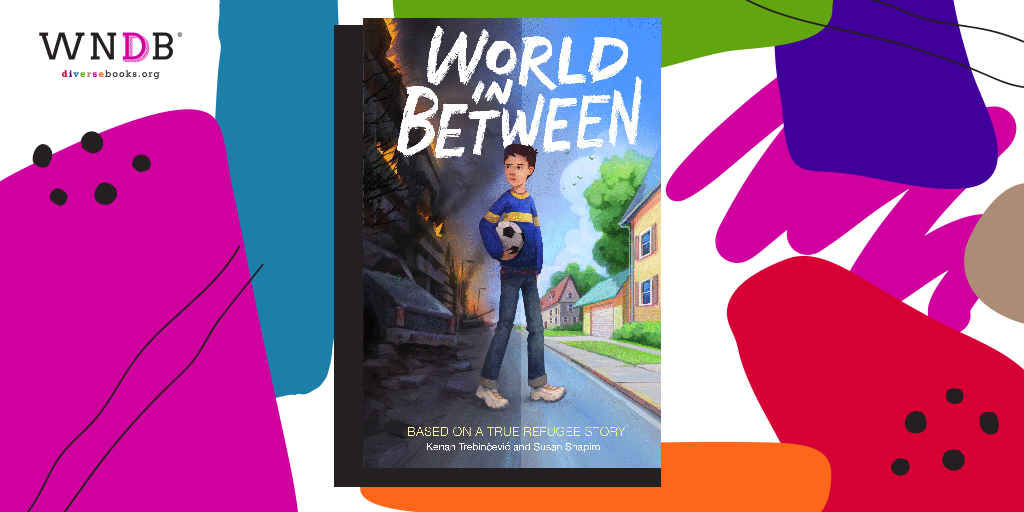 Today we’re pleased to welcome Kenan Trebinčević and Susan Shapiro to the WNDB blog to discuss World in Between: Based on a True Refugee Story.

Can you tell us the story of your initial meeting and how it led to a friendship and professional partnership?

Kenan: It was 2011 and Susan came in for her physical therapy appointment. In between physical therapy exercises, she takes a pile of papers to grade. I said to her, “Is your assignment ‘what I did on my summer vacation’?” and she said, “Actually the first assignment I give to my students is to write three pages about your most humiliating secret.” I said, “Oh you Americans! Why would anyone write about that?” Then she told me, “Why don’t you go home and write 900 words about your most humiliating secret?” I went home and wrote about Bosnia. When I came back, Susan said, “This knocks my socks off!” Fast forward and three of my pages showed up in the New York Times Magazine. I took Susan’s writing class and my second piece came out in the New York Times. Shortly after, I met an agent who said, “If you ever have an idea to write a book, come to me with a proposal.” I told Susan, “Since English is not my first language, I want you to help me put it together.”

Susan: I had helped him with a few of the pieces that he sold to the NYT and Slate and the WSJ and we had a good rapport working together. We were having coffee at Cosi’s and we shook on our collaboration. Everything was fifty-fifty and we wrote it on a napkin and it’s been a ten-year collaboration so far.

Susan, your parents lost relatives during the Holocaust, and Kenan, you are a survivor of the Bosnian Genocide. In what ways do your experiences of genocide—their similarities and their differences—inform your interfaith collaboration?

Susan: I was seeing Kenan for more than a year as he was fixing my back and he was healing me. We were going deeper and deeper into the book. Telling the story together, reliving it with somebody like me who was fascinated and understood and could help him put it into perspective, helped us sort of heal each other. We call it a Jewish-Muslim book of healing that honors the Christians that helped him in Connecticut.

Kenan: Genocide’s universal. What Susan and I always want is mutual understanding and a powerful call for the coexistence of interfaith communities. I think our interfaith collaboration aligns with the book’s theme of community resilience and kindness.

In The Bosnia List, you write about a love for karate. It’s your karate teacher who turns on you, Kenan, during the war. In World In Between, we meet a child who loves soccer, yet he encounters an unexpected menace from his own soccer-loving school teacher. Was there anything you changed or left out of this book, either by choice or for another reason?

Susan: In the first book we focused on his love of karate and his karate coach. We didn’t want to write the same book here, even though World In Between is absolutely based on a true story. We wanted to delve into some memories that the adult memoir didn’t really get into. Kenan does love soccer and that really did happen with his teacher, so we didn’t make up anything. When we thought about it, since the audience was going to be second, third, fourth, and fifth graders, mainly American, we thought that focusing not only on soccer but also on the relationship with his teacher, his classmates, and his best friend would probably resonate more with American kids. We made some parts bigger and took out other parts.

The Bosnia List is a memoir for adults. Why did you choose to write World In Between as a middle-grade book?

Kenan: This story came around in 2016 during a proposed Muslim travel ban to address the crises and injustices of children and families who are displaced. We wrote an article for Newsday about how you should treat a refugee. I explained how interfaith churches and synagogues helped us assimilate in Connecticut.

Susan: A former student of mine read the article and called me and said, “You know this is the perfect middle-grade memoir, don’t you?” and I said, “What’s a middle-grade memoir?” As we learned about MG books we decided an MG novel was perfect because those were the exact years because he got caught in the war.

What is it like to write such a personal, riveting, and in many ways quite traumatizing story?

Kenan: They say after the war, after all the drama and chaos, that’s when the real survival starts because you’re trying to piece together what happened. In the moment, you just have adrenaline running, you’re just trying to make it to the next day. It’s afterwards. People still to this day, thirty years later, are making sense of things.

Kenan, what do you hope people understand about your story?

Kenan: I hope to make kids feel more appreciative of their lives and freedoms. I know there are kids out there who have lost their homes, their friends, and their families. It really teaches kids how to be nice to a refugee. It also shows teachers how to make a refugee feel at home. 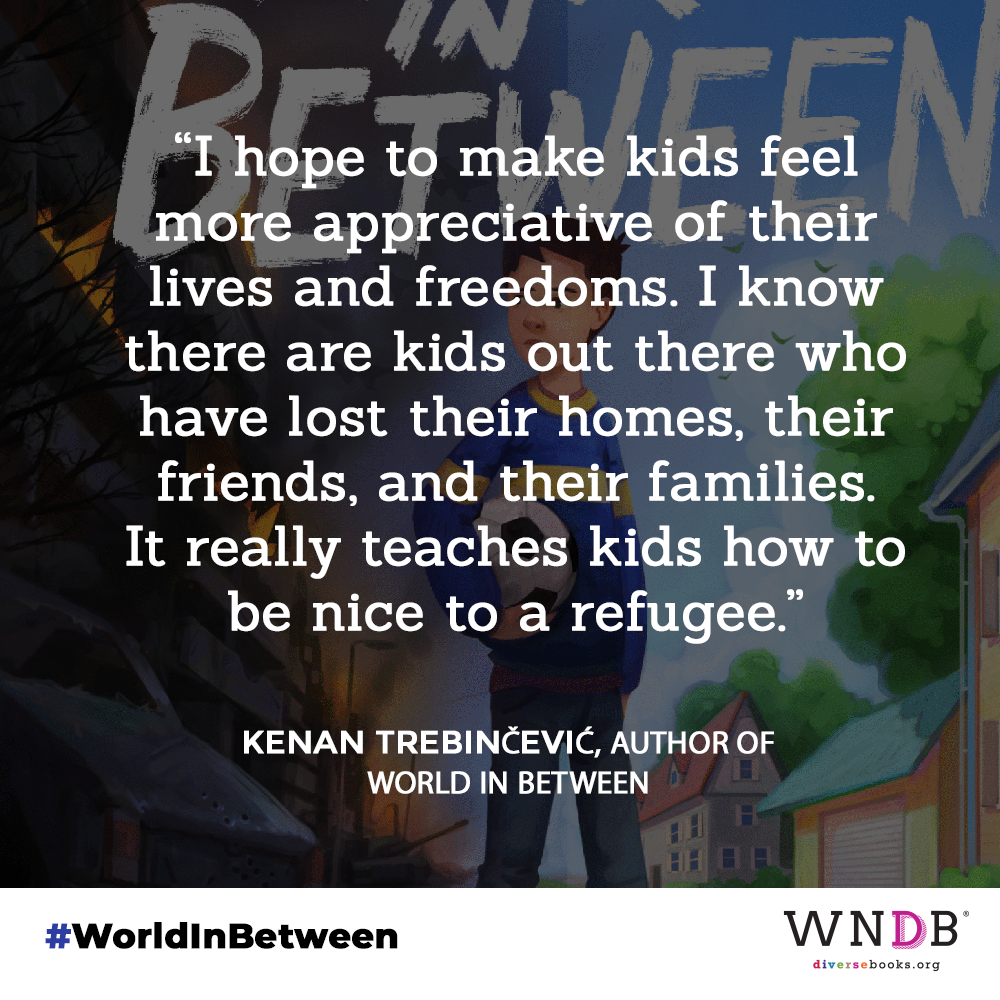 Susan, has hearing Kenan’s story informed the way you process your own family’s history?

Susan: I feel that my family history made me much more empathetic to Kenan’s story. I don’t have that dramatic a life so I’ve written about dumb relationships, dumb break-ups, dumb addictions. This is my fourth co-authored project. There’s something about co-authoring with someone who has the opposite voice of mine that brings out my poetry.

There are so few MG and YA books about the Bosnian war, and even fewer that are written by people who have a direct connection to the war. Do you see World In Between as in conversation with other books?

Susan: Yes, Zlata’s Diary is a nonfiction book by an eleven-year-old girl who was living in Sarajevo. I also compared it to Anne Frank’s Diary. Renée Watson and Abby Sher’s books showed me potential politically because I didn’t realize that a YA or MG book could be political. Laurence Bergreen has made some of his books about Magellan into middle grade and YA history books, so he helped me understand how to do that. It Ain’t So Awful, Falafel by Firoozeh Dumas came out a while ago but it was exciting for us to see how somebody who had written an adult memoir could then tell that exact same story in a way that would interest young kids and teenagers.

How do you envision teachers using this book in the classroom?

Kenan: Bosnia List is used in some high schools and colleges for English class, genocide classes, world studies classes, and Eastern European classes. I don’t know what the middle school curriculum is when it comes to history, so that’ll be interesting to see.

Susan: Kenan and I both felt very strongly that this is a book that could teach children the humane way to handle an immigrant. Miguel, who is still his best friend, made such a difference just by offering to sit next to him and giving him a seat in the lunchroom. We really wanted to show kids that if somebody’s different from you, whether they’re from another country or they speak a different language or they’re a different religion, or they’re just new in school, you have so much power to make them feel at home and to help them. We hope it will give kids more compassion for immigrants and for people who are just moving or who had a trauma that they’re trying to recover from.

Susan: Renée Watson is a rock star, she has three new books out and she’s just amazing—Love is a Revolution, Ways to Grow Love, and Ways to Make Sunshine. Alyson Gerber has three middle grade books that are amazing—Braced, Focused, and Taking Up Space. Maria E. Andreu has a new YA book that just came out called Love in English. Jeff Henningson wrote a YA memoir called Warhead about a teen boy’s battle with brain cancer. Abby Sher has a recent book out called Sanctuary that she wrote with Paola Mendoza. It’s a dystopian book but it’s really about racism and xenophobia.

I’m curious to know what one question you each wish people asked you more often, and how you would answer it.

Kenan: I do this book event with a school in St. Louis. They have a subject called American Bosnian Studies. I’m always amazed by the questions they ask. I’ve never come across a redundant question. I always hear a lot of thought-provoking questions and I’m always thrown by a curveball.

Susan: Very few people say, “So how could I write my own book?” I like it when people ask that because I always say, “Write three double-spaced typed pages on your most humiliating secret.” I can’t tell you how many books that has launched, like hundreds of books. That’s what I told Kenan to do. 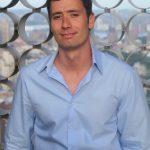 Kenan Trebinčević is a Bosnian Muslim who survived the ethnic cleansing in the Bosnian War and came to the U.S. in 1993. He lives in Astoria, Queens. www.kenantrebincevic.com. 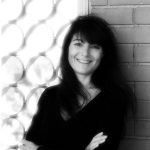 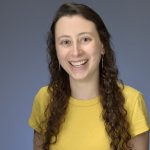 Isabel Taswell (they/she) is an avid reader, writer, teacher, and learner based in New York City. They are committed to decolonizing education and believe in the power of children’s literature to affirm a child’s sense of self and commitment to community. Isabel received their B.A. in English-Psychology from Barnard College and their M.S. in Education from Bank Street College of Education. In their free time, Isabel enjoys climbing mountains, cooking meals, and jumping in puddles.