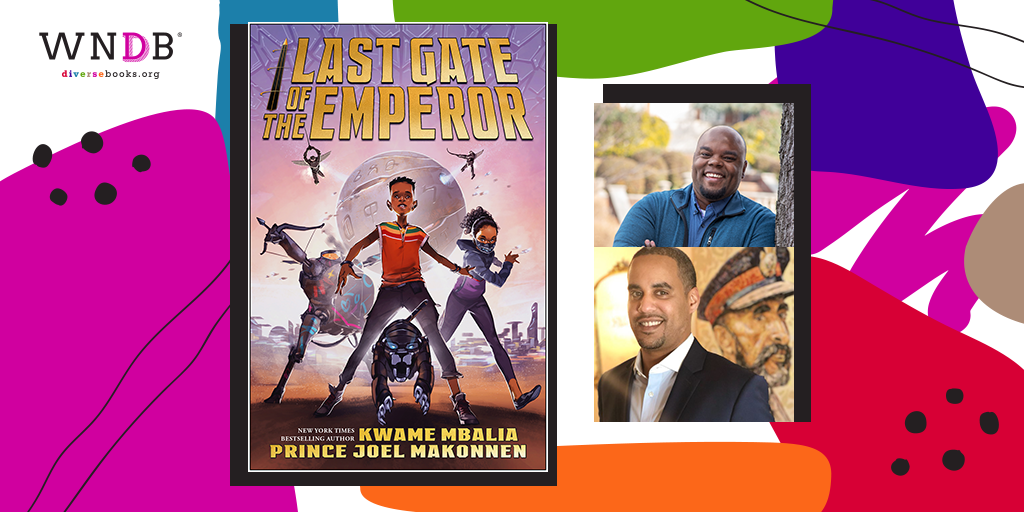 Today we’re pleased to welcome Kwame Mbalia and Prince Joel Makonnen to the WNDB blog to discuss their MG book Last Gate of the Emperor, out May 4, 2021!

An Afrofuturist adventure about a mythical Ethiopian empire. Sci-fi and fantasy combine in this journey to the stars.

Yared Heywat lives an isolated life in Addis Prime—a hardscrabble city with rundown tech, lots of rules, and not much to do. His worrywart Uncle Moti and bionic lioness Besa are his only family… and his only friends.

Often in trouble for his thrill-seeking antics and smart mouth, those same qualities make Yared a star player of the underground augmented reality game, The Hunt for Kaleb’s Obelisk. But when a change in the game rules prompts Yared to log in with his real name, it triggers an attack that rocks the city. In the chaos, Uncle Moti disappears.

Suddenly, all the stories Yared’s uncle told him as a young boy are coming to life, of kingdoms in the sky and city-razing monsters. And somehow Yared is at the center of them.

Together with Besa and the Ibis—a game rival turned reluctant ally— Yared must search for his uncle… and answers to his place in a forgotten, galaxy-spanning war.

Can you tell us about some of the Ethiopian mythology and folklore that inspired the book? What is one of your favorite pieces of Ethiopian folklore that you were able to draw from?

PJM: The main element of Ethiopian mythology is The Bulgu, a fearsome creature from a story passed down by the Oromo people. The rest of the references are drawn mostly from real history, this includes the empire of Axum, a kingdom located in what is present-day Ethiopia, Eritrea, and parts of Sudan, King Kaleb, one of the most famous kings of Axum who ruled in the 6th century AD and Emperor Menelik, the first Emperor of Ethiopia (circa 900 BC), son of the Queen of Sheba and King Solomon of Israel.

KM: Less folklore and more history, but being able to read about the lineage of the Ethiopian empire and pull names and characters to serve as major markers in the book (Kaleb’s Obelisk, the Ezana spaceship, the Menelik drives, etc) was incredibly fulfilling.

Last Gate of the Emperor is also heavily inspired by gaming and augmented reality. To what extent did you use real AR in writing this book and did you go in a sci-fi direction at all with aspects of AR that are not yet available?

KM: Many of the AR features described in the book can be found in some form in present-day life, especially if you consider the applications smartphones are able to run. Overlaying graphics, adding in computer-generated opponents and characters, even the glasses—that’s all currently available. We simply expanded upon that and added features in the game inspired by African cultures, specifically Ethiopia.

What was your collaboration process like in writing and editing the book as co-authors?

KM: Joel and I share a passion and vision of telling stories about, centering, and uplifting Africa and the African diaspora, so working with him was like Goku and Vegeta performing the fusion dance for the first time and forming Gogeta, or Voltron coming together at a crucial moment in a fight. Go google it. I promise this makes sense.

Are you a plotter or a pantser, and did you surprise yourself at all during the writing process for Last Gate of the Emperor?

KM: Pantser 98 percent of the time. Therefore every chapter is a surprise. 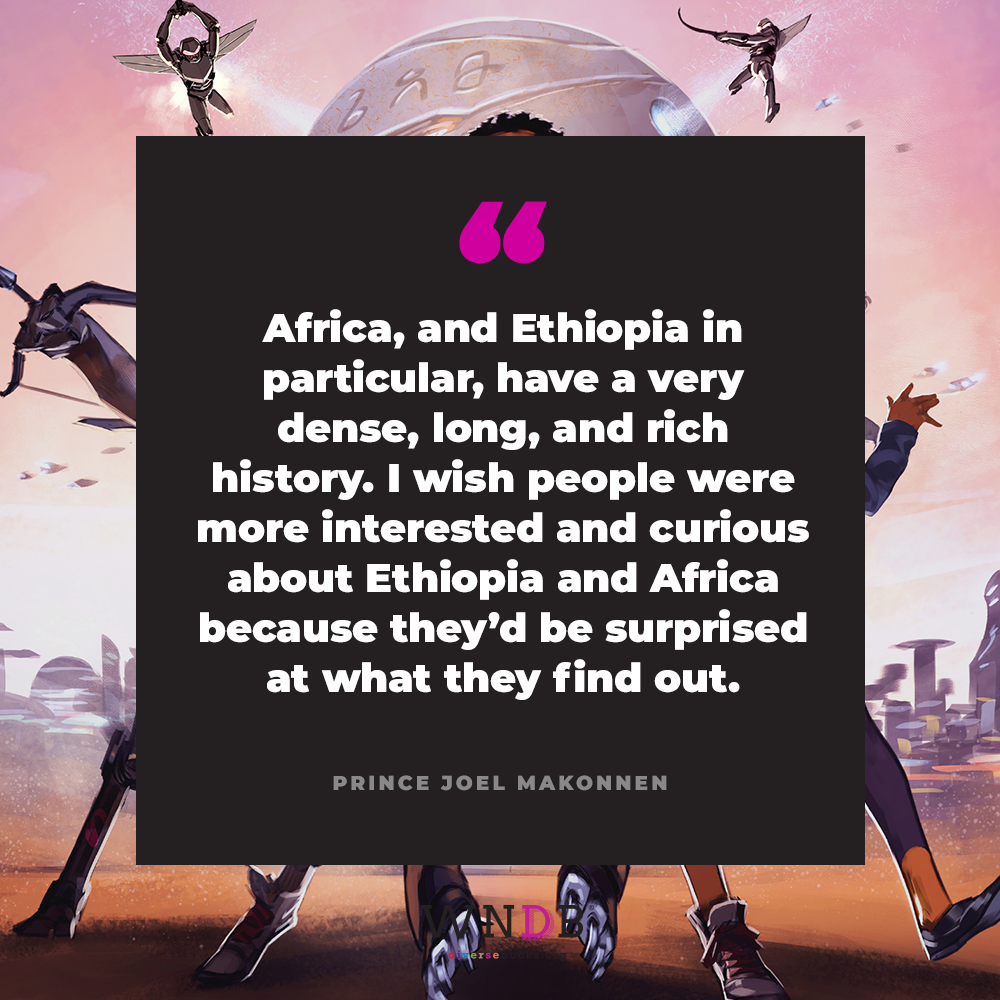 Without giving away any spoilers, can you tell us about one scene or moment that you loved writing?

PJM: There’s a scene early on in the book that I loved because it really captures the essence of Yared; when he is attempting to present to his class, an epic story of glory now passed, he finds that his audience is rather indifferent and even worse his teacher tells him these stories are not true. Yared however, didn’t let anyone rain on his parade, he keeps believing in his story, and this is really the essence of Yared, and the essence of this story—know your story, know yourself, hang onto it with everything you have, it’s important. Trust yourself, your story is always yours even when others may not believe it.

If you could be on any panel to promote this book, what would it be? Are there any other authors or illustrators you’d want on the panel with you?

KM: Probably an ALA or NCTE panel, where I can talk with educators and librarians. As far as others, I’d love to talk with Setor (our cover artist) about the design process.

Is there anything you can tell us about potential future books in the series to get readers excited for what’s to come?

KM: More fun, more banter, more Yared, more Besa, more of the Ibis, and more futuristic gaming that may or may not have the fate of the galaxy resting on the outcome. You know. A normal day in Axum.

What other books do you think Last Gate of the Emperor is in conversation with?

PJM: Black Panther, Tristan Strong, Amari and the Night Brothers, and Harry Potter are all media that Last Gate of the Emperor is in conversation with; they all have elements of the chosen one/the hero story. With the exception of Harry, all of these books are also led by young Black protagonists, they touch on magic, fantasy, science fiction and they present fresh narratives in an unconventional way.

Do you have any recommendations for forthcoming or published kidlit?

PJM: In addition to the ones I’ve mentioned, I recommend Force of Fire by Sayantani DasGupta.

PJM: The question I wish that I was asked more is—why is Ethiopian history not as widely known as others? And I believe the answer is two-part. One, because fundamentally Ethiopia is very protective of its own culture, we are a country that has never been invaded, and so we are skeptical of outside influencers. Part two of this is that people’s curiosity has rarely been peaked when it comes to Africa because of the terrible treatment the continent has received and certain western narratives that have been pushed around it. Africa, and Ethiopia in particular, have a very dense, long, and rich history. I wish people were more interested and curious about Ethiopia and Africa because they’d be surprised at what they find out. 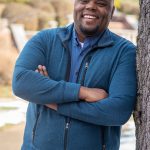 Kwame Mbalia is a husband, father, writer, a New York Times bestselling author, and a former pharmaceutical metrologist in that order. He is the author of Tristan Strong Punches a Hole in the Sky, a Coretta Scott King Honor book. He lives with his family in North Carolina. Visit him online at kwamembalia.com. 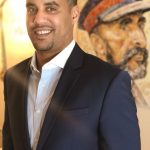 Prince Joel Makonnen is the great-grandson of His Imperial Majesty Emperor Haile Selassie I, the last emperor of Ethiopia. He is an attorney and the co-founder of Old World/New World, a media and entertainment company focused on telling powerful African stories that inspire global audiences through film, TV and books. He lives with his wife, Ariana, in Los Angeles.