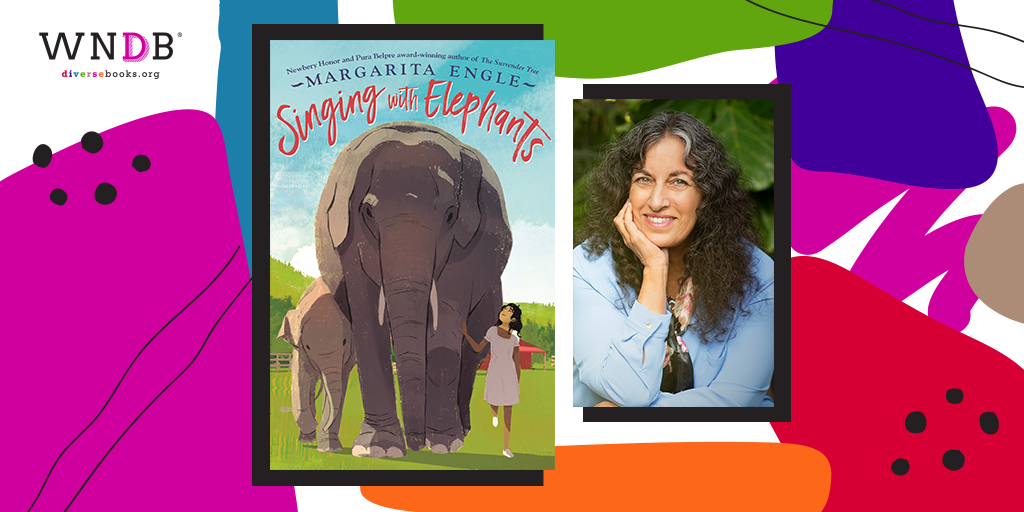 Today we’re pleased to welcome Margarita Engle to the WNDB blog to discuss middle grade novel Singing with Elephants, out tomorrow, May 31, 2022!

Cuban-born eleven-year-old Oriol lives in Santa Barbara, California, where she struggles to belong. But most of the time that’s okay, because she enjoys helping her parents care for the many injured animals at their veterinary clinic.

Then Gabriela Mistral, the first Latin American winner of a Nobel Prize in Literature, moves to town, and aspiring writer Oriol finds herself opening up. As she begins to create a world of words for herself, Oriol learns it will take courage to stay true to herself and do what she thinks is right–attempting to rescue a baby elephant in need–even if it means keeping secrets from those she loves.

A beautifully written, lyrically told story about the power of friendship– between generations, between humans and animals–and the potential of poetry to inspire action and acceptance. 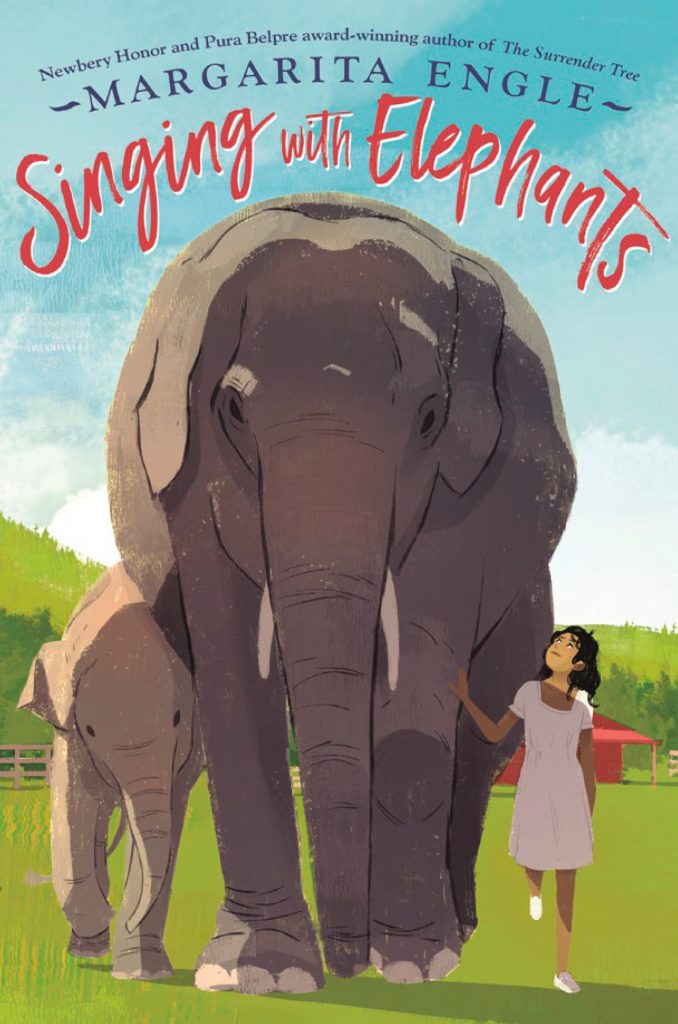 This book is about one girl’s introduction to poetry and how that empowers her. What was your poetry journey like?

When I was growing up in Los Angeles, my Cuban mother was still learning English. She read poetry to me in Spanish, and often recited poems and song lyrics from memory. By the time I was six or seven, I started making up my own verses as I walked to school, singing them inside my mind to the rhythm of my footsteps. As a teenager I experimented with all sorts of creative writing. While I was studying botany and agronomy, I wrote poetry on the side, and in graduate school I took a creative writing seminar from Tomás Rivera, who taught me to write from the heart, without worrying about getting published or being popular. It was valuable advice, and I still try to follow it now, because there will always be rejections, but my heart will not be silenced.

Singing with Elephants highlights the importance of communication and community to make the world a better place. How has poetry empowered you?

If I have a legacy, I hope it will be a body of work that honors future peacemakers. I hope my verse novels and picture books communicate nonviolent ways to seek freedom and social justice, both in historical and contemporary situations.

Besides Gabriela Mistral, what other Latin American author do you think would make a great mentor? Why?

Gabriela Mistral was an educator, peacemaker, and diplomat as well as a poet, so she is one of the best historical examples, but I would also like to mention some modern poets who have dedicated portions of their careers to working with children. All of the Young People’s Poet Laureates (Jacqueline Woodson, me, and Naomi Shihab Nye) have been honored, challenged, and blessed with that role, but there are others who do it every day on school visits. Janet Wong and Sylvia Vardell, for instance, have initiated a wide variety of poetry teaching programs. Padma Venkatraman has started an amazing grassroots organization called Diverse Verse. Las Musas has a wonderful mentoring program for young authors to work with established madrinas.

On your website, you write: “I love to write about young people who made hopeful choices in situations that seemed hopeless. My own hope is that tales of courage and compassion will ring true for youthful readers as they make their own difficult decisions in modern times.” How is that especially important during the 2020s?

I’ve lived through all the challenges of the last half of the twentieth century and first two decades of the twenty-first century, but I’ve never experienced anything else as terrifying as the climate crisis. Without giving up our ongoing struggles for equal rights, inclusion, and social justice, we need to offer children and teens hope for their future. Unless we reduce carbon emissions now, we are not the kind of ancestor I want to be. I need to be an ancestor who planted trees so that in the future, young people can breathe. I would also love to be an ancestor whose poems offered echoes of hope for peace. If we let environmental disasters dominate this century, we can be sure that dictators will move into the chaos, banning books, censoring conversations, and letting greed take precedence over equality.

What’s one piece of advice you would give to young kids who want to write poems?

Read, read, read. Then relax, turn off the gadgets, and find a quiet place to scribble with a pen and paper. Don’t expect perfection. Let the first draft flow. Enjoy the process. Corrections and revisions can be made later. Writing is an art, and no artist ever performs on a public stage without practice. As Tomás Rivera taught me: write from the heart, without worrying about getting published or being popular. 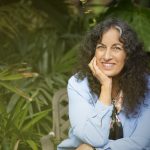 Margarita Engle is the Cuban-American author of many verse novels, memoirs, and picture books, including The Surrender Tree, Enchanted Air, Drum Dream Girl, and Dancing Hands. Awards include a Newbery Honor, Pura Belpré, Golden Kite, Walter, Jane Addams, PEN U.S.A., and NSK Neustadt, among others. Margarita served as the national 2017-2019 Young People’s Poet Laureate.  She is a three-time U.S. nominee for the Astrid Lindgren Book Award. Her most recent books are Your Heart, My Sky, A Song of Frutas, Light for All, Rima’s Rebellion, and Singing With Elephants.

Margarita was born in Los Angeles, but developed a deep attachment to her mother’s homeland during childhood summers with relatives on the island.  She studied agronomy and botany along with creative writing, and now lives in central California with her husband. Find her online at www.margaritaengle.com, Facebook, Twitter (@margaritapoet), and Instagram (@engle.margarita).

Previous Post: « Walter Honoree Malinda Lo on Last Night at the Telegraph Club
Next Post: Q&A With R. Eric Thomas, Kings of B’More »
Congratulations to the 2023 #ALAYMA winners and ho