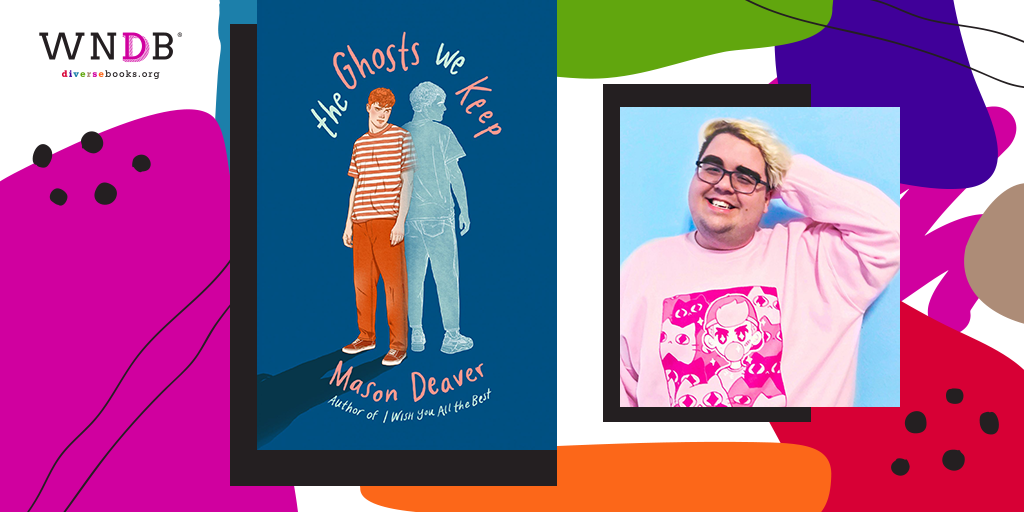 Everything happens for a reason.

At least that’s what everyone keeps telling Liam Cooper after his older brother Ethan is killed suddenly in a hit-and-run.

Feeling more alone and isolated than ever, Liam has to not only learn to face the world without one of the people he loved the most, but also face the fading relationships of his two best friends in the process.

Soon, Liam finds themself spending time with Ethan’s best friend, Marcus, who might just be the only person that seems to know exactly what they’re going through-for better and for worse.

The Ghosts We Keep is an achingly honest portrayal of grief. But it is also about why we live. Why we have to keep moving on, and why we should. 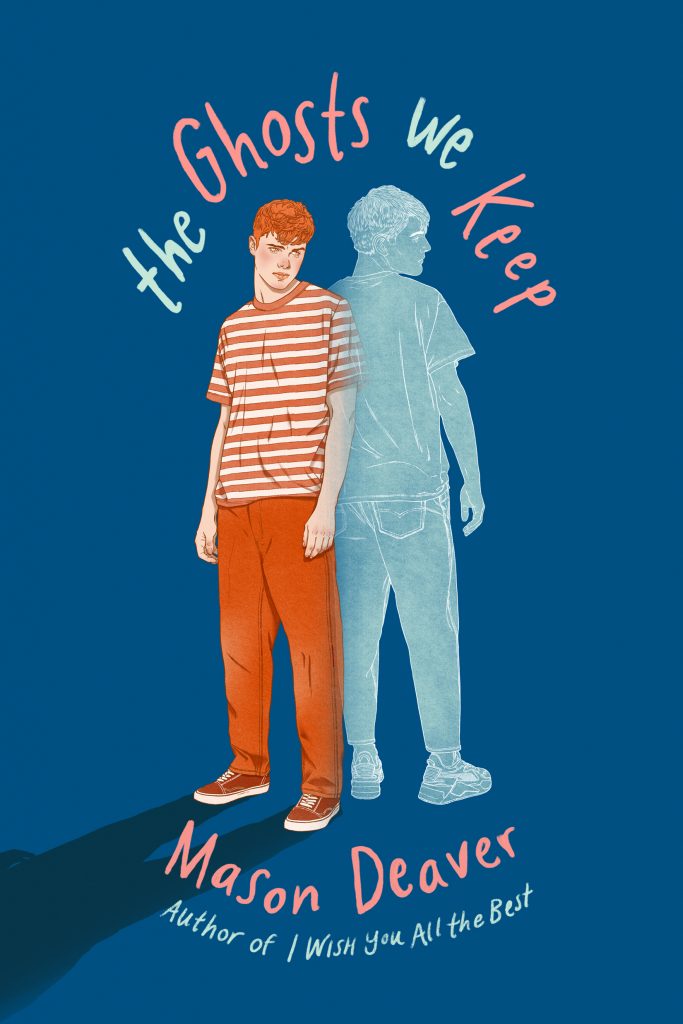 One thing I really loved about The Ghosts We Keep is that I could feel your firsthand experience with a close loss in the writing. Your portrayal of the complexity of Liam’s grief felt so genuine and raw. But writing about grief when you’ve experienced it can also dig up some intense emotions and even be triggering, so how did you take care of yourself during the writing and revising process?

The short answer is that I’m not even sure I did. I think I’m bad at taking that step away from myself. The long answer is that, early on in writing, I did have to back away, changing the character and story of Ethan precisely because I’m so close to what happened in this book and the events. Part of me desiring to write this book came from me wanting to commit to this portrayal of ugly, messy grief. Because that’s how it is in real life. Writing this book was almost like therapy, and to do that, I never wanted to lie to myself.

Now and then, before and after timelines are common with grief books because they offer us a chance to see firsthand what the character’s relationship was like with their person before they died. But as someone who lost both parents young, it also feels true to the experience of loss itself—there’s this feeling of “before” and “after” the death. How did you keep the timelines straight and decide which moments between Ethan and Liam to show the reader? Some of those moments are smaller, everyday things, like learning to shave; why did you choose to show how important those moments feel after a loss?

I wanted there to be a connection between the before and after, no matter how minuscule or obtuse it may seem, in my head, these scenes almost operate as partners, and they’re meant to be read together. They’re meant to be mundane because they are. Dealing with grief means that you operate in two worlds almost, literally the before and after. As for plotting, just lots and lots of planning and plotting.

I’ve always admired that you also place importance on boundaries on social media. If you’re burnt out on Twitter, you’re comfortable leaving the platform or taking a break. Why do you think that’s important for authors, to take care of themselves over prioritizing social media as a marketing tool?

If something makes you feel bad, then you don’t need to involve yourself in that thing if you can help it. There are certainly moments where I miss Twitter, but at the end of the day, my own health is more important. Twitter is a bad site, it’s awful, and I have no plans on ever going back. I’m masochistic, but not that masochistic.

You drew out the connection between two grieving people (Liam and Marcus) beautifully. How did you craft their characters and storylines in a way that would make sense for their individual grief journeys since everyone grieves so differently? Was this any different from the usual character mapping for you?

I think the thing for me is, that despite both of them handling grief in different ways, Liam and Marcus aren’t that different from each other. They’re both people who were extremely close to Ethan, who both understood him in ways that both the other and the people around them, didn’t. I don’t want to spoil anything, but their journey with each other was very purposeful, and could only possibly happen under these circumstances. It’s a relationship built on tragedy, and those have a ticking clock. Liam and Marcus went through many iterations while writing and drafting, and where it ends feels perfect and purposeful for each of them. 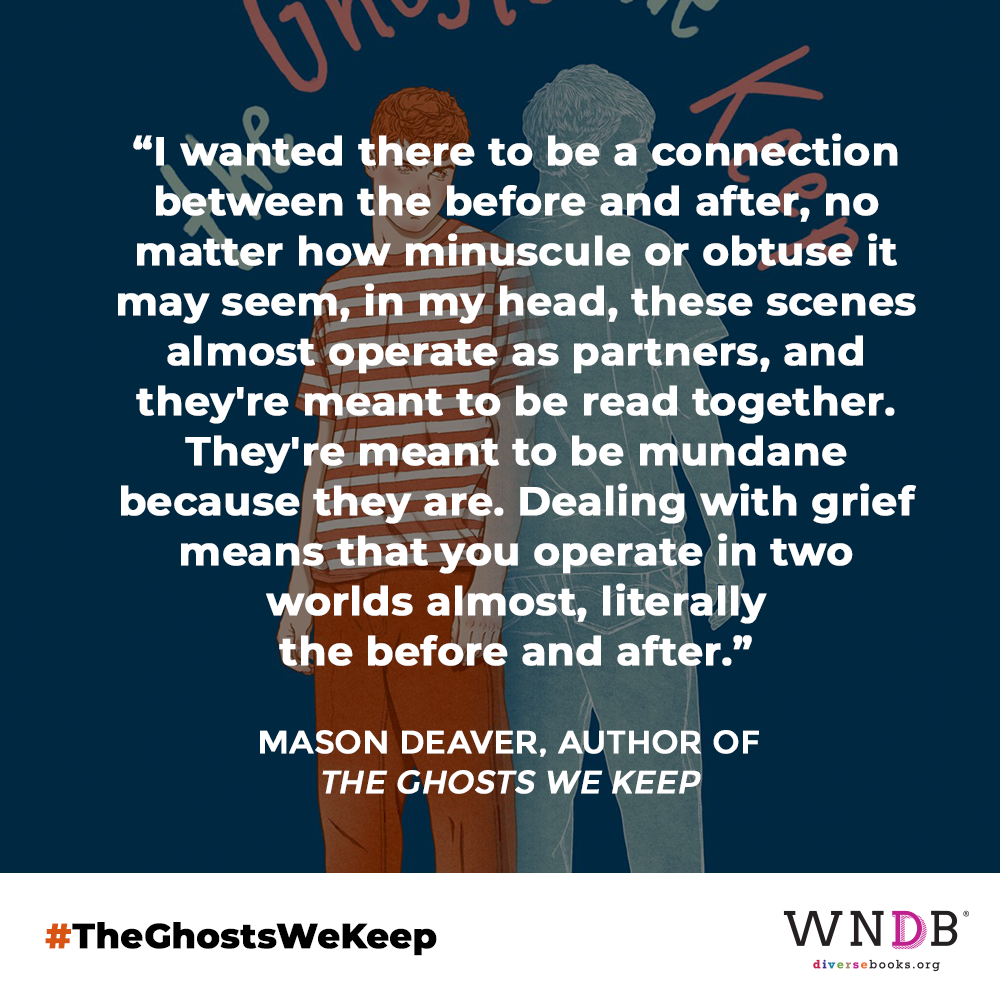 Another thing I appreciated was how well this book explores the reality that your friends won’t always understand what you’re going through and may not get why your emotions are so complicated after a loss or why it seemingly takes “too long” to heal. How did you balance this with writing about the other ways in which Liam’s relationship with his best friends Joel and Vanessa has been growing apart for a while?

It was before and during the drafting of this book that I went through some friend breakups. There’s this harsh reality that I wanted to reflect that you can’t expect your friends to be your therapist. Of course, friends should be there for you, and as a friend, you should want to be there for your friends, but there’s a limit, a line where you can’t expect this much emotional labor from someone who isn’t a doctor, who didn’t agree to this. Even if your best friend is a therapist, expecting so much is unfair.

The thing that I wanted to convey with this dynamic, however, is that no one in this situation is a bad guy. Liam isn’t bad for dealing with PTSD and depression, and Liam and Vanessa aren’t bad for not being equipped or prepared to deal with that. Life is just like that sometimes. In my head, this was a relationship that would’ve fallen apart regardless, many friendships in high school do. I think I’m still friends with maybe two people I graduated with. The trauma just sped the process along.

Are there any fictional portrayals of grief (in books, movies, TV) that you’ve really connected to, and why?

Ari Aster’s Hereditary and Midsommar are two of my favorite portrayals of grief. It feels so palpable and processed so carefully. To me, those are dramas about grief and PTSD first, and they’re horror movies second. Honestly, I think that grief and trauma are such a staple of the horror genre, there were other films like The Conjuring or The Babadook that served as inspiration in a way.

While The Ghosts We Keep isn’t a horror novel by any stretch of the imagination, it was certainly influenced by the genre. On top of reading books that deal with grief and trauma, I think More Happy Than Not, History Is All You Left Me, and They Both Die at the End all by Adam Silvera were all on my desk as I worked on this book.

Your next book, The Feeling of Falling in Love (summer ’22), is a YA romance. What can you tell us about it at this stage?

That it’s been a pain in the ass. I’ve been writing and rewriting this book ever since 2017. This was originally what I wanted to be my second book, but because of certain events topped off by my not feeling that The Feeling of Falling in Love was my natural next book and that it needed time to cook. Over the years, it’s turned into something that only vaguely compares to where it came from. The journey is still there, it’s always been Neil and Wyatt’s journey from hating each other to falling in love over the course of just a week. After waiting for some time, I’m finally in this place where I could write this book the way that it was meant to be written. I’ve written no fewer than 20 drafts of this book, and I finally have something that I’m pleased with.

I wish I had more time for reading, oh gosh. I  really enjoyed Pumpkin by Julie Murphy recently, that was such a sweet book. You don’t need me to tell you to read You Should See Me In a Crown by Leah Johnson, but make sure you have Rise to the Sun on your lists, I’m so ready to read that one. There are some amazing 2021 books out now or they’re about to come out soon, I’m just going to rapid-fire. Fat Chance, Charlie Vega by Crystal Maldonado, Jay’s Gay Agenda by Jason June, The Passing Playbook by Isaac Fitzsimmons, and Can’t Take That Away by Steven Salvatore, all absolute favorites. 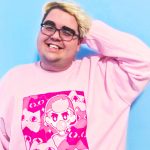 Mason Deaver is a nonbinary author and librarian from a small town in North Carolina where the word “y’all” is used in abundance. When they aren’t writing or working, they’re typically found in their kitchen baking something that’s bad for them or out in their garden complaining about the toad that likes to dig holes around their hydrangeas. I Wish You All the Best is their debut novel. You can find them online at masondeaverwrites.com.

Alaina (Lavoie) is the communications manager of We Need Diverse Books. They also teach in the graduate department of Writing, Literature, and Publishing at Emerson College and are a book reviewer for Booklist. They received a 2017 Bookbuilders of Boston scholarship for their work in the publishing industry. Their writing has been published in New York Times, Teen Vogue, Cosmopolitan, Refinery29, Allure, Healthline, Glamour, The Oprah Magazine, and more. They currently live in Boston with their wife and two literary cats. Follow them @AlainasKeys on Instagram and Twitter.

Previous Post: « Remembering Our Radical Asian and Asian American Elders
Next Post: Congratulations to the 2021 Creative Writing Awards Winners »
Save the date for the #WalterAwards23! You can now